The Cotswolds is a UNESCO listed area about a 2 hour train ride north of London. It’s a long return journey to do in a day but it is definitely worth a visit!

What to see in the Cotwolds

The Cotswolds are quite big – you could easily spend a few days there road-tripping between all the cute towns. Some tours go to Stratford Upon Avon where Shakespeare was born. I opted to get away from the super touristy crowded areas and went for a tour that visited small towns and lookouts instead.

Since we were short on time, it was our first time in the UK and my mum and I are both prone to getting hopelessly lost, instead of self-driving, we opted for an organized tour with pickup from Moreton in Marsh train station (more info on how to get there at the bottom of this post).

First stop was Chipping Camden. We had 1 hour to explore this little town. It doesn’t sound like much but most of these small towns are great to have a poke around and have a look in the quaint shops, visit the bakery (of course!) But there’s not much else to see. 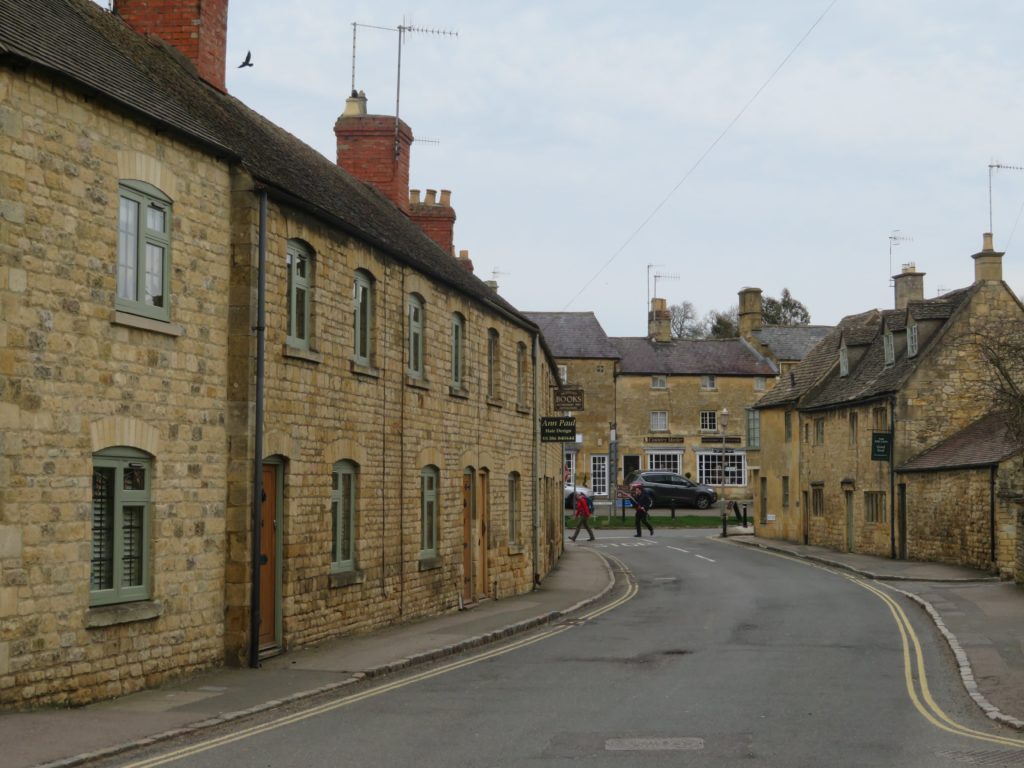 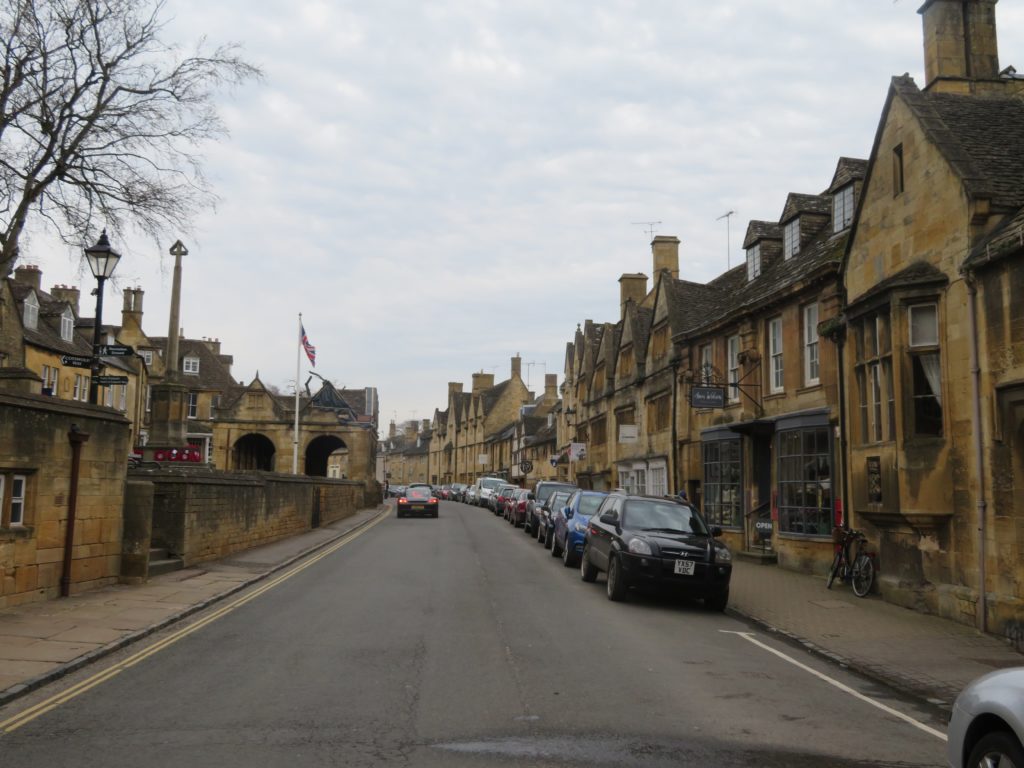 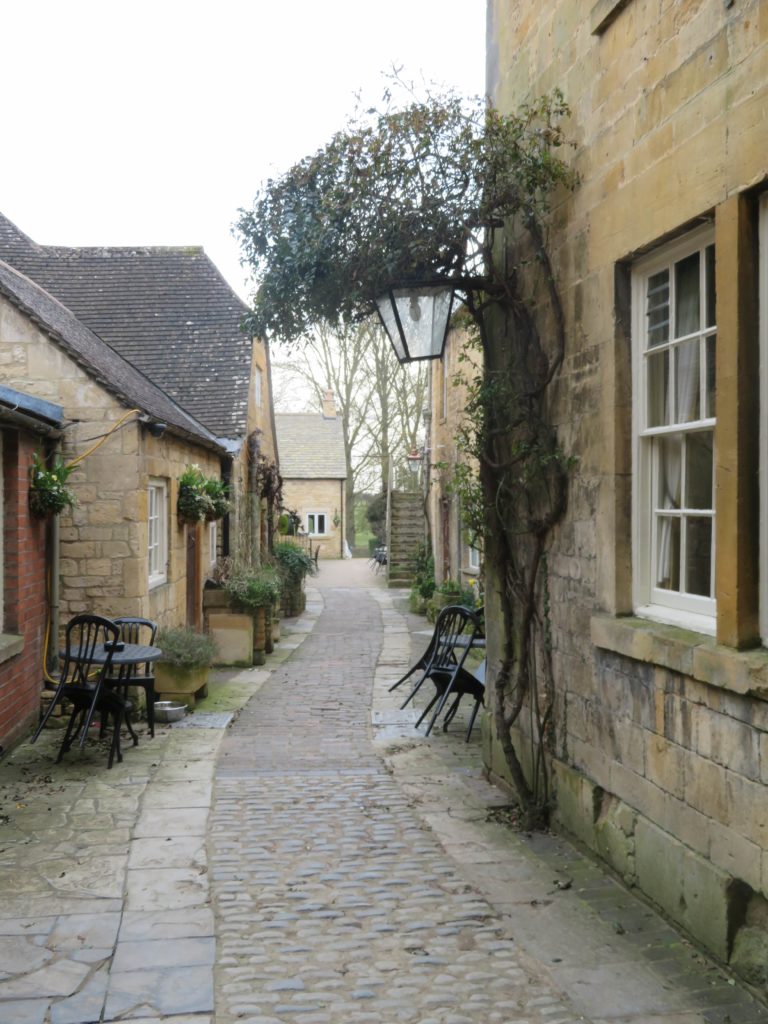 This little town was my favorite of the day – especially since it had a couple of quaint thatched roof houses! 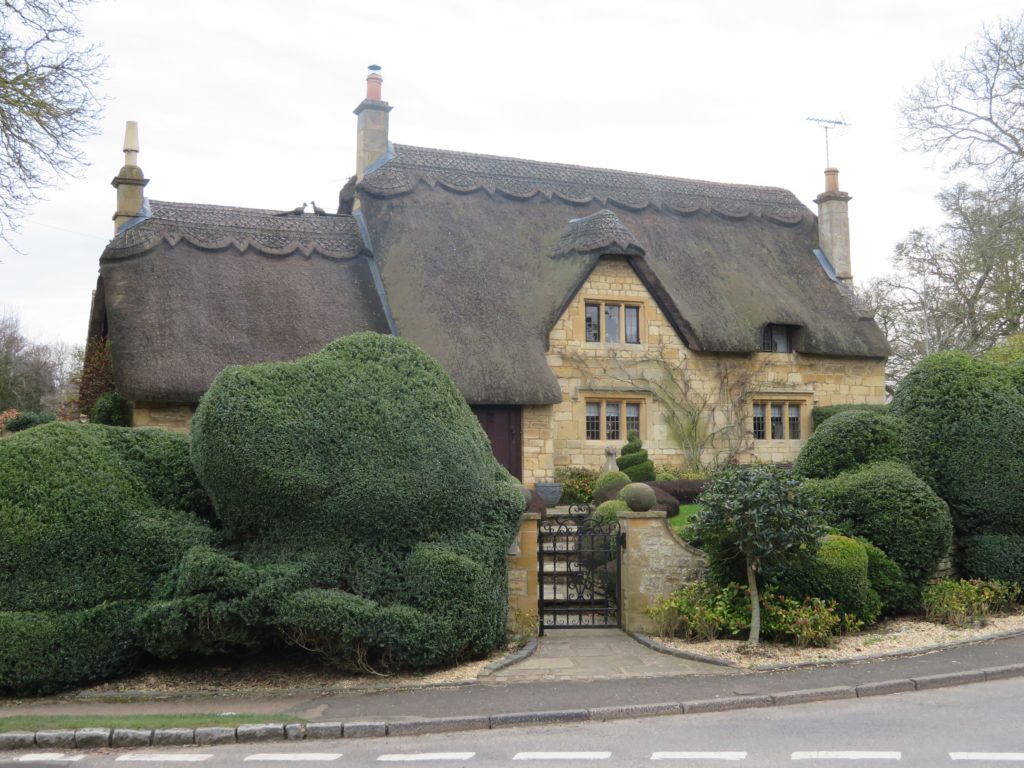 I wouldn’t recommend the public toilets in this town though. According to my mum they were disgustingly dirty, smelly and no soap!

It was freezing cold (in April) but a great view out over the Cotswolds! 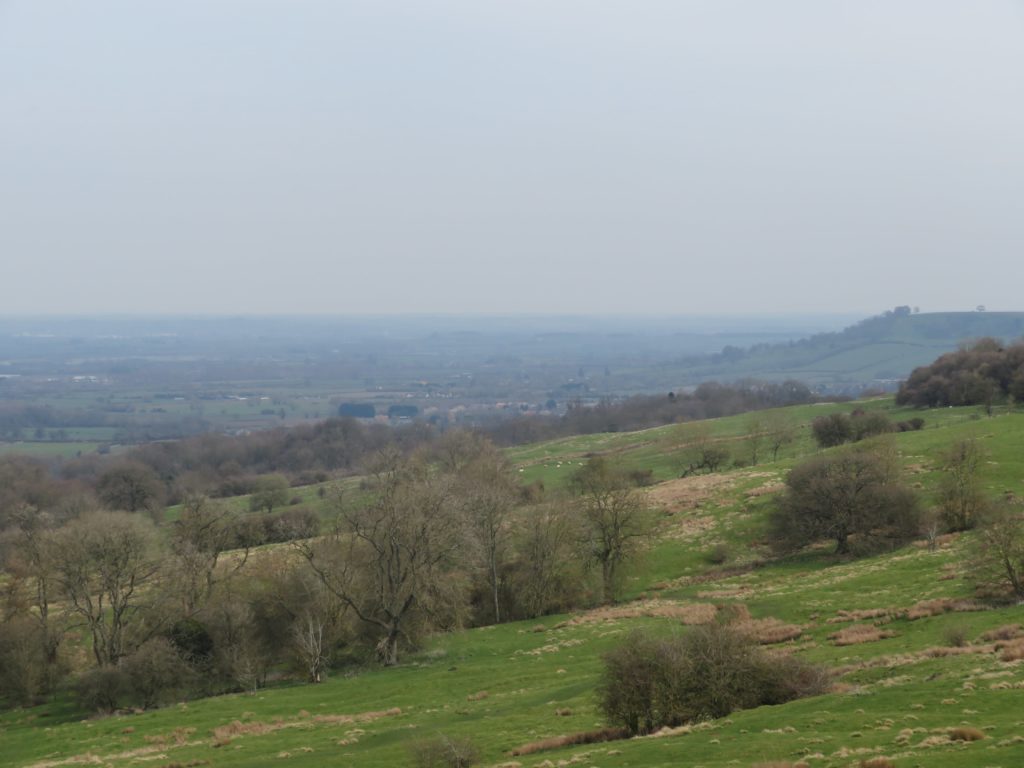 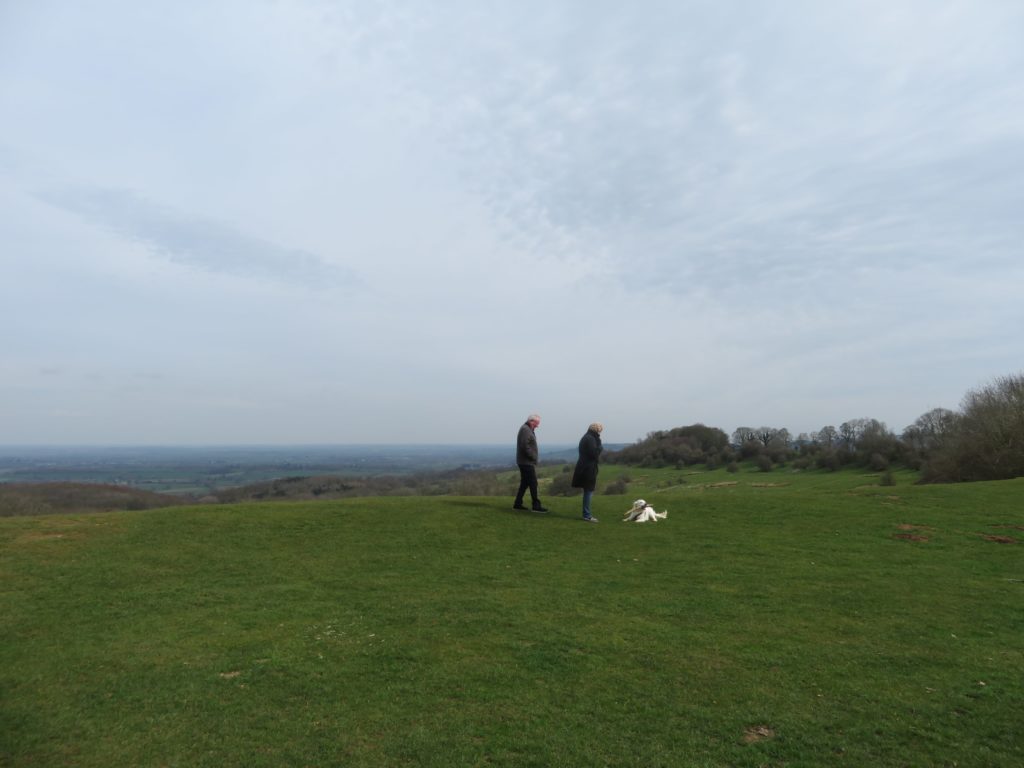 According to the tour guide, the sole purpose of this tower was so that some rich farmer that lives miles away had something to look at outside their window. 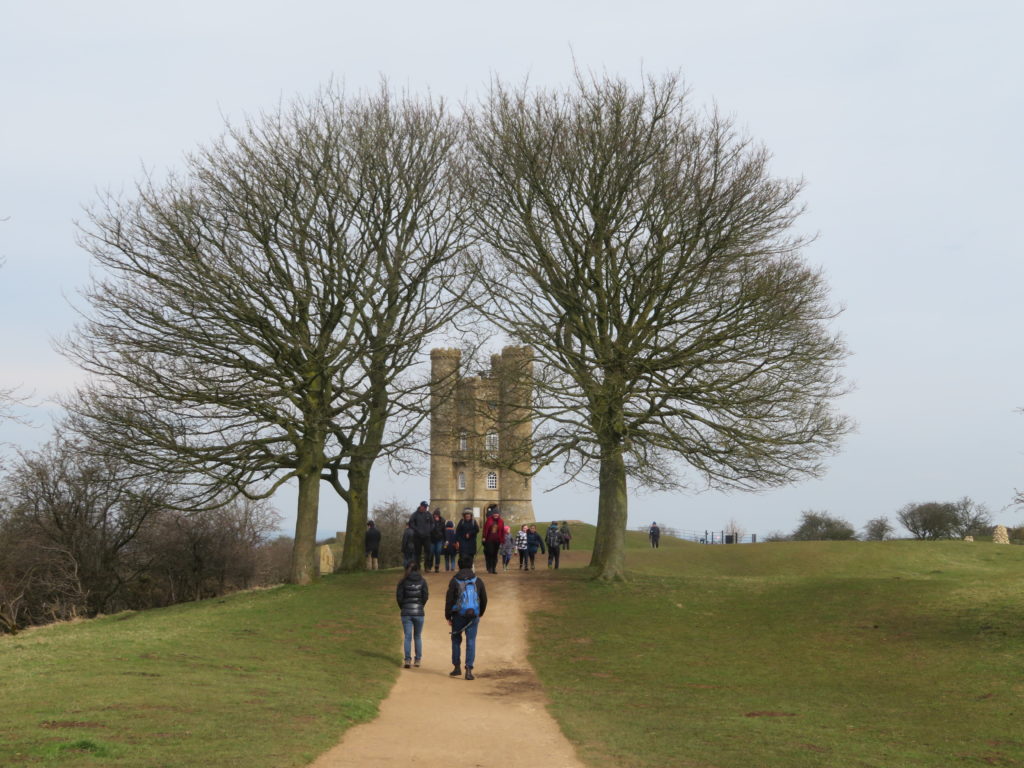 Stow on the Wold

I found a super yummy brownie in this town and ate a pie for lunch in a typical English pub! (yes I am that tourist that likes to do all the cliche touristy things). It seems I was too busy eating that I forgot to take any photos.

The town where the famous Arlington Row is located, 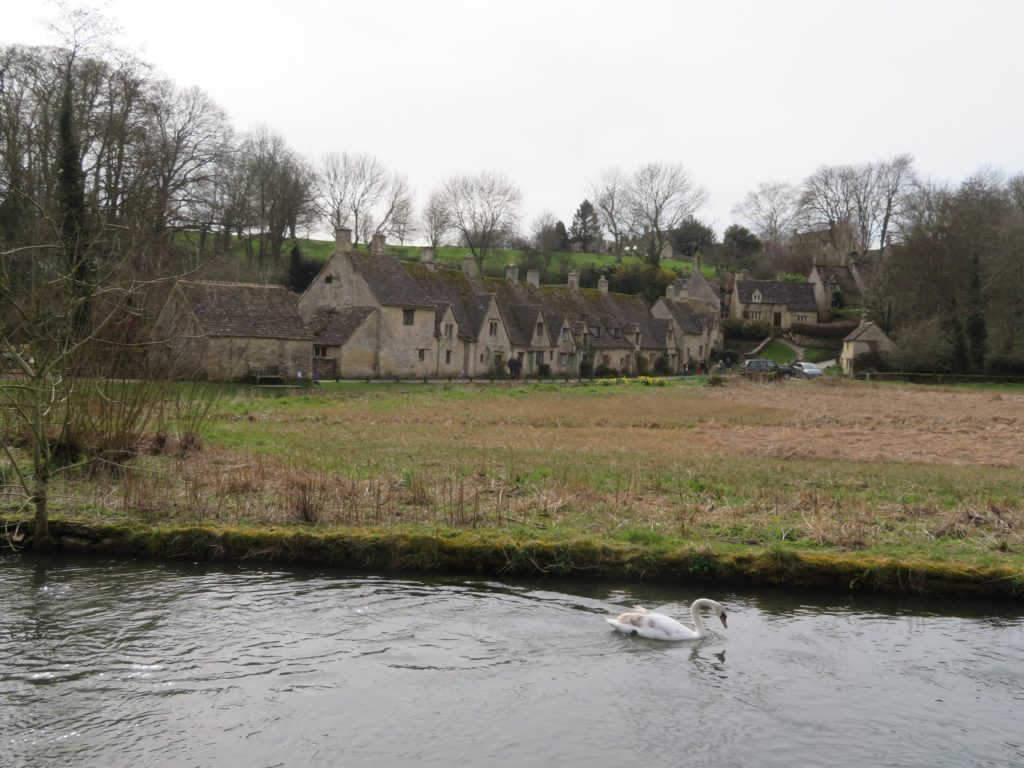 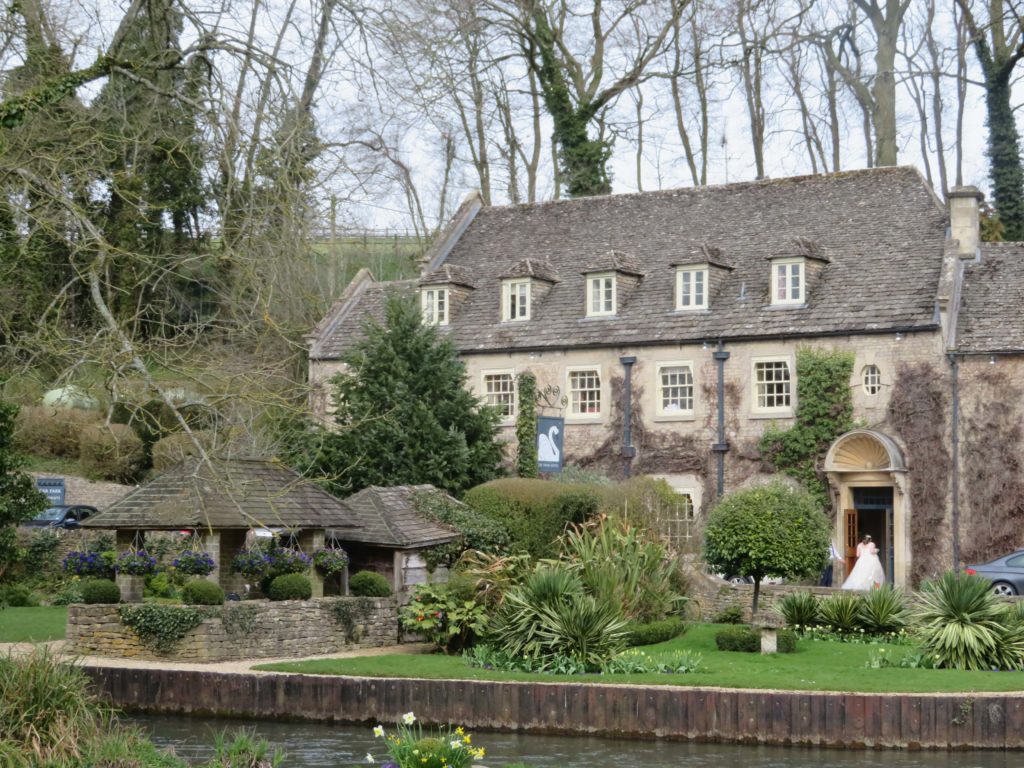 A tiny town that was basically 10 houses. Super quaint but I don’t know how anyone could actually live in such a small town! 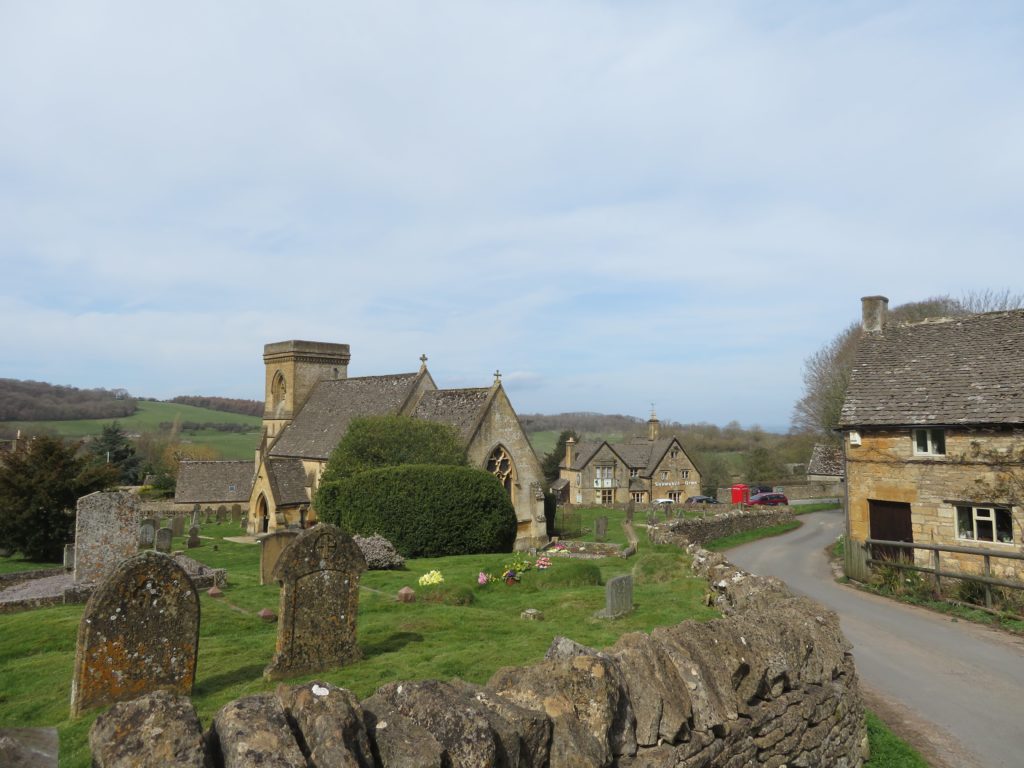 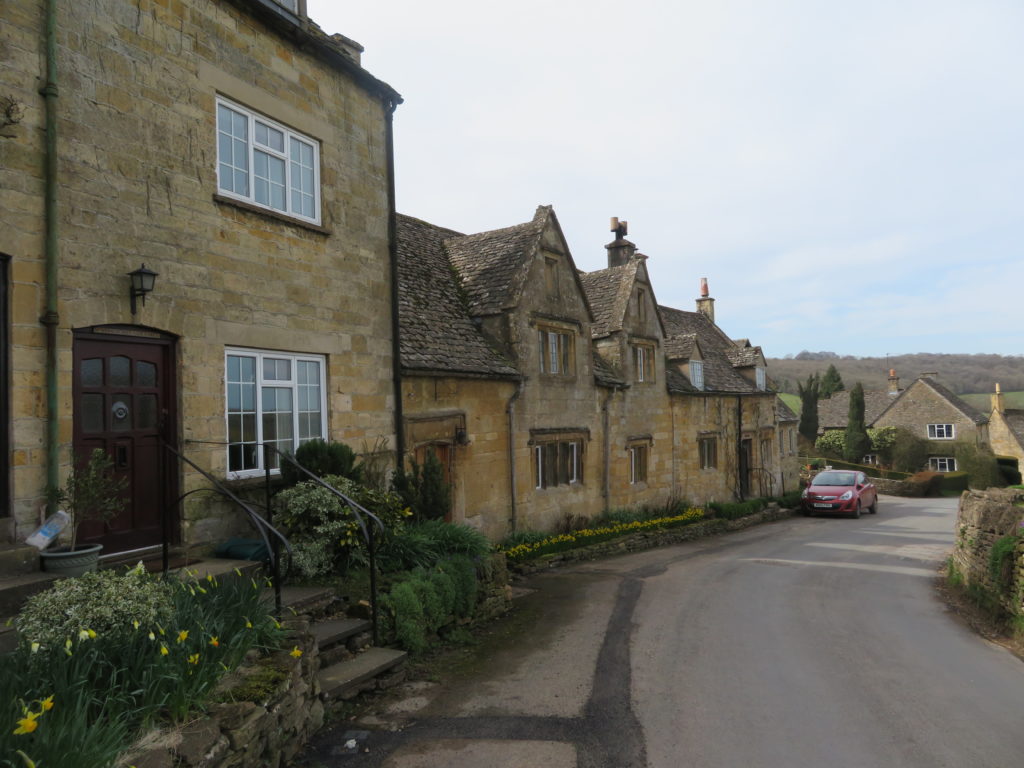 Telephone box even in the English countryside! 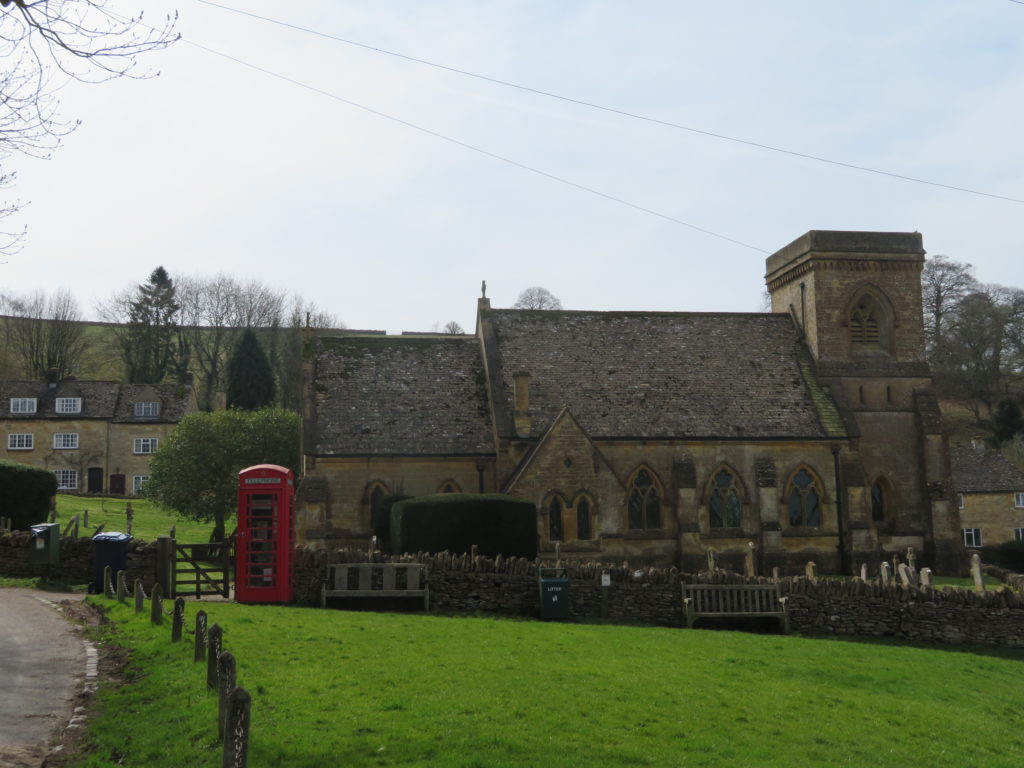 The color of this photo is a bit funny as I took this out of the mini bus, but basically sums up the countryside – sheep, rolling hills and so green! 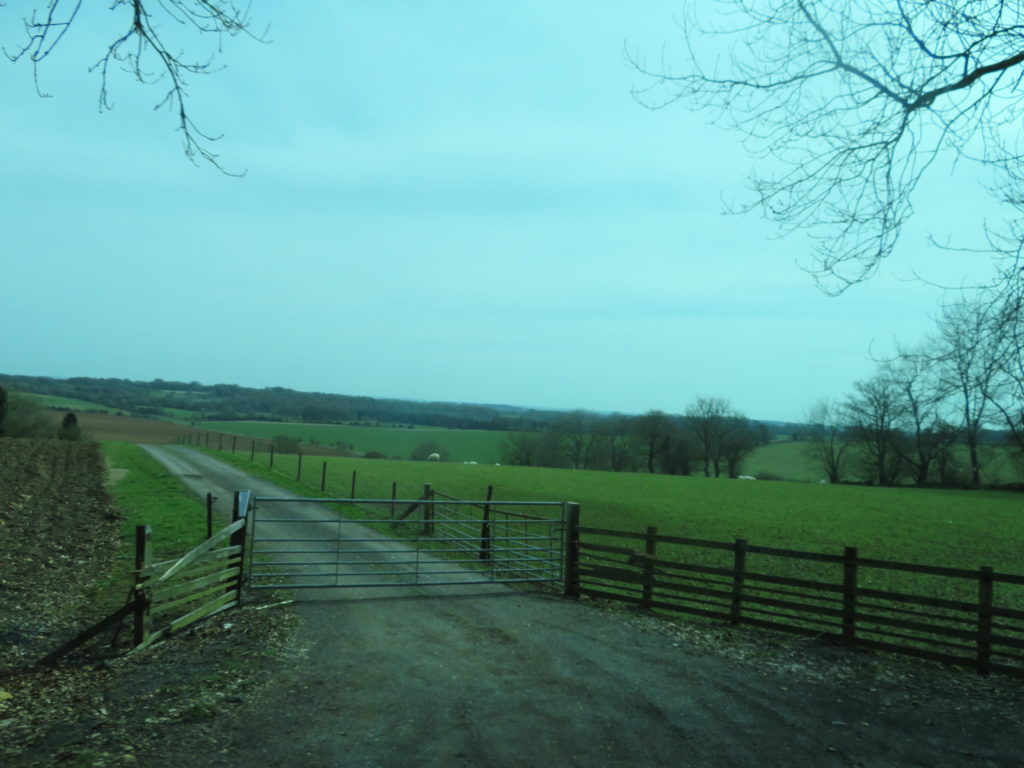 Bourton on the Water

The tour bus dropped us off at the train station of the town of Moreton in Marsh and it was a short walk back into town to poke around. There wasn’t much there and not as good as the other towns we saw that day (or maybe we were jaded by then as the small towns are quite similar), however it’s worth a quick walk and a couple of photos.

As for getting the train back into London, there were trains departing quite frequently so you could even stay for dinner if you wanted to. It’s just that it’s about a 2 hour train trip back to London after what is already a long day.

The train left from Paddington Station. I was freaking out that would be difficult to navigate but it was actually really easy to find your way around – the platforms are well sign posted. 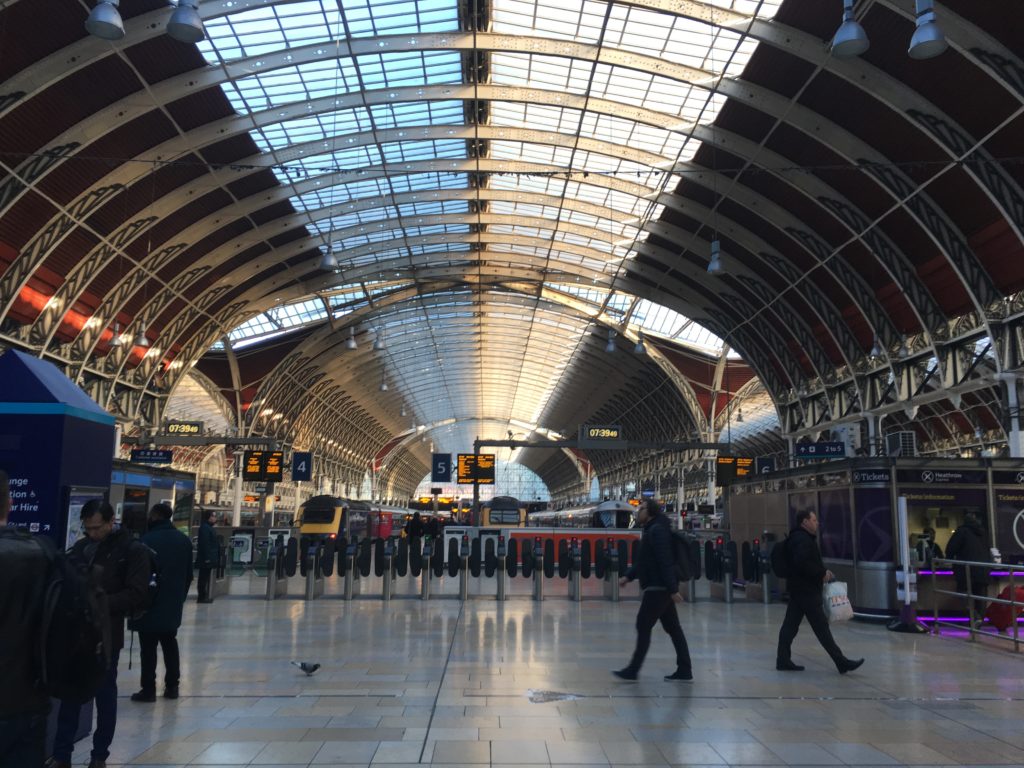 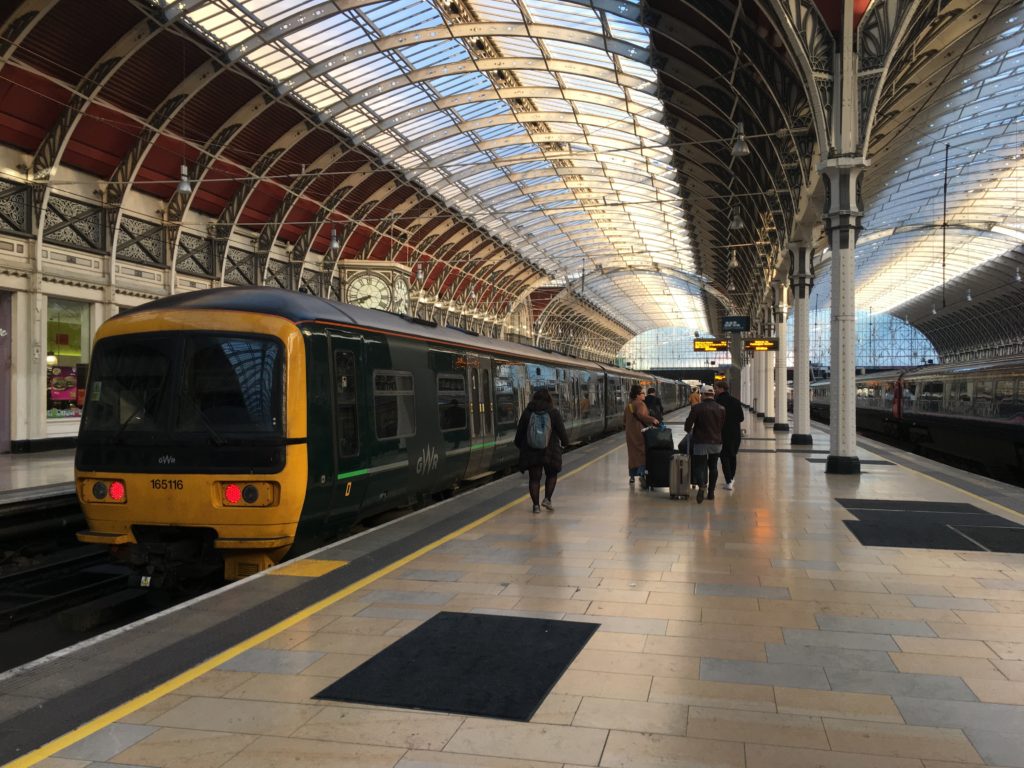 Getting to the Cotwolds

Self drive versus organized tour

I think it was better to do an organized tour. It was a bit pricey but it was stress free and the tour I chose packed a fair bit in: 2 lookouts and 3 towns which I doubt I would’ve been able to see in a day with my terrible navigation skills and trying to figure out unfamiliar roads in a different country. The roads didn’t appear to be signposted very well and were very narrow and bumpy in some places.

The Tour I Booked

I booked this tour with Go Cotswolds. I’m quite thorough in my research and after comparing all of the reviews decided this was the best tour company to go with. This is not a sponsored post, I paid for the tour myself, aren’t receiving any kick-backs etc. I find it frustrating reading other travel blogs where they don’t tell you exactly what tour companies they used and whether they were decent or not so that’s why I’m sharing which tour company I used.

The tour we took departed from Moreton in Marsh train station (image below) via mini bus. The small group size was ideal and the tour guide, Tom, made sure everyone had the opportunity to sit up the front of the bus with him and get a good view of the English countryside. 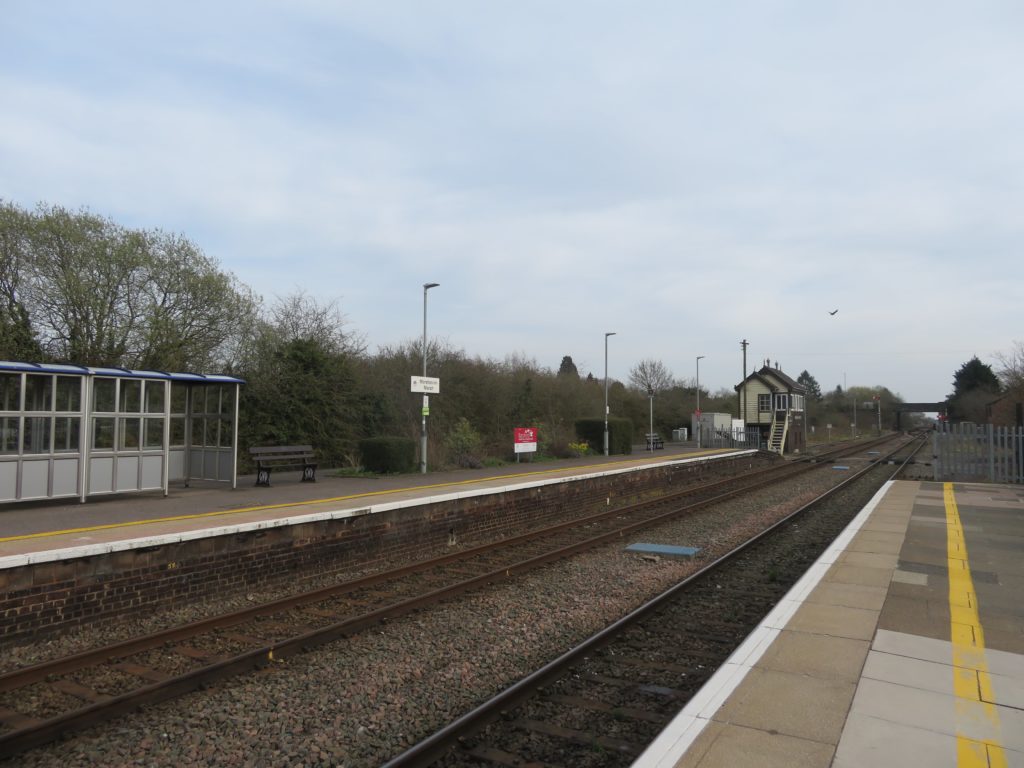 Make sure you pre-book your train ticket in advance to save money. National rail have a discount on pre-booked tickets. Having not visited London before I was a bit confused / iffy about which ticket to buy online before-hand and didn’t want to purchase the wrong one so opted to purchase it on the day. Big mistake. The ticket cost 75 pounds ($150 AUD). Consider yourself warned! But despite that, it was still worth the visit to the Cotswolds, although it was on pricey side. 40 pounds for the tour (approx. $80 AUD) plus the return train ticket. Still cheaper than getting accommodation, paying for a hire car, lugging suitcases etc.

Yes, the Cotswolds are definitely worth a visit!