After much Googling I was doubtful my point and shoot camera would be able to capture the lights and not wanting to splash out for a fancy DLSR (that would have far too many buttons and functions than I’d know what to do with), I decided to join a northern lights photography tour. 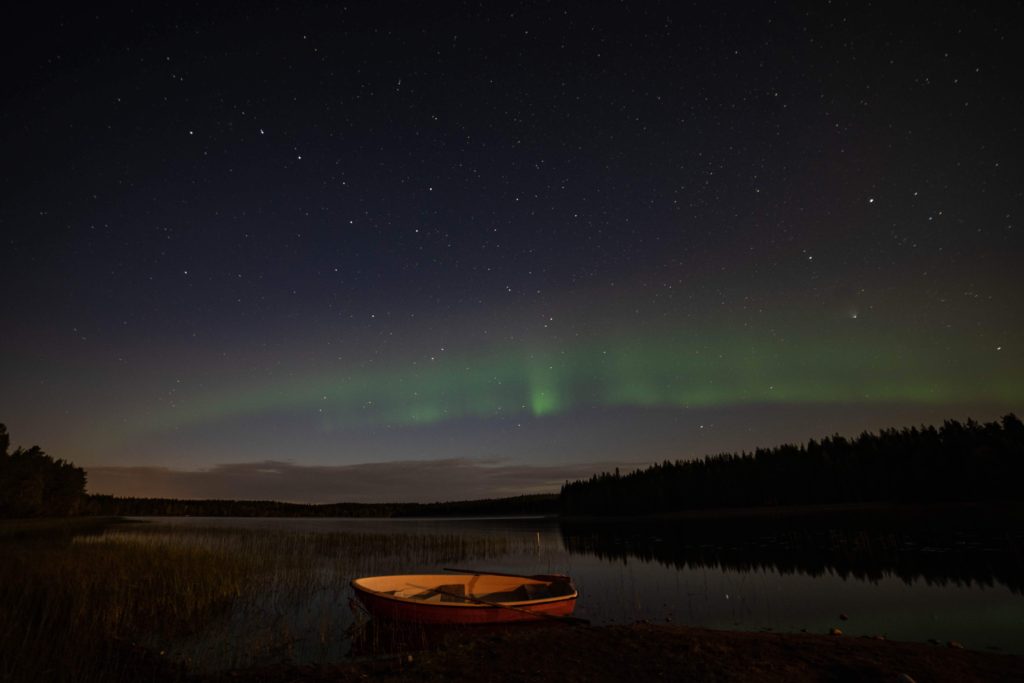 Can you photograph the northern lights without a DLSR?

I rocked up in Finland with my camera (the Canon PowerShot SX730 (affiliate link) – it’s better than a standard point and shoot camera but it’s certainly not a DLSR). The tour guide for the northern lights tour I booked, to her credit, tried various settings to see if the camera would work but every time it was just a black image.

Then she showed me the camera she uses…. cue the laughter. When I asked her how much that camera cost I converted the amount in euro and it was about $20K AUD including the various lenses. And here I was with my $500 AUD camera…

I get those people who want to ‘live in the moment’ on their holiday… so maybe you’re not too fussed if you get a picture or not. But I like photos I can take home and use to make into photobooks to remember my holidays. So if you want your own photos of the northern lights without paying more than the cost of getting to the northern lights, the best way to do this is on a photography tour.

I found one called Photography Tour: Discover the Northern Lights that I booked through Viator (tour company was Beyond Arctic – this is not a sponsored post). I spent hours Googling camera settings etc. so I was quite certain my camera wouldn’t work. $145 AUD per person for a tour is a lot cheaper than if I’d bought a new flashy camera that I probably wouldn’t know what to do with, and by joining a photography tour you know you’ll get some good photos.

On the photography tour I took, we could tell the guide what we wanted included in the photos (lake, a row boat they had, trees etc.) and she’d do all the camera settings etc while we could enjoy the night not stressing about getting good photos.

I would like to mention that the tour company’s advert for the tour states they’ll take you to 2-3 locations on the night however we were only taken to 1 location. The multiple locations was a selling points for us as it meant a higher chance of seeing them. There is another cheaper tour you can do that doesn’t include the photography teaching part which is cheaper, but the other tour group that did this arrived much later than we did and they only saw the lights for half an hour before they disappeared. 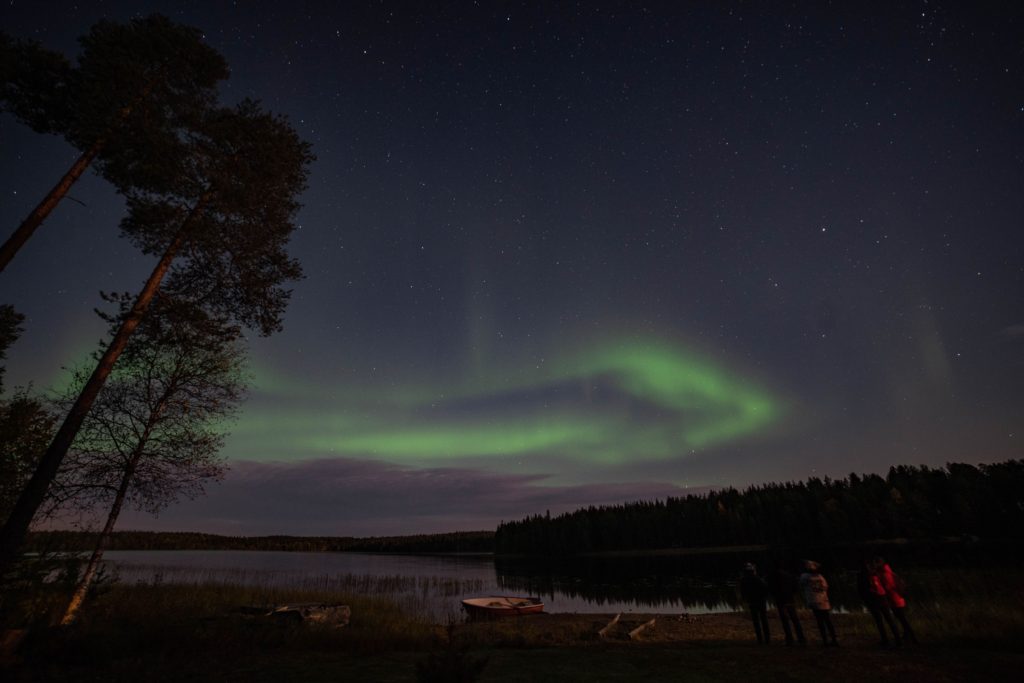 So what happened on this photography tour?

This is what happened on the tour I took from Rovaniemi 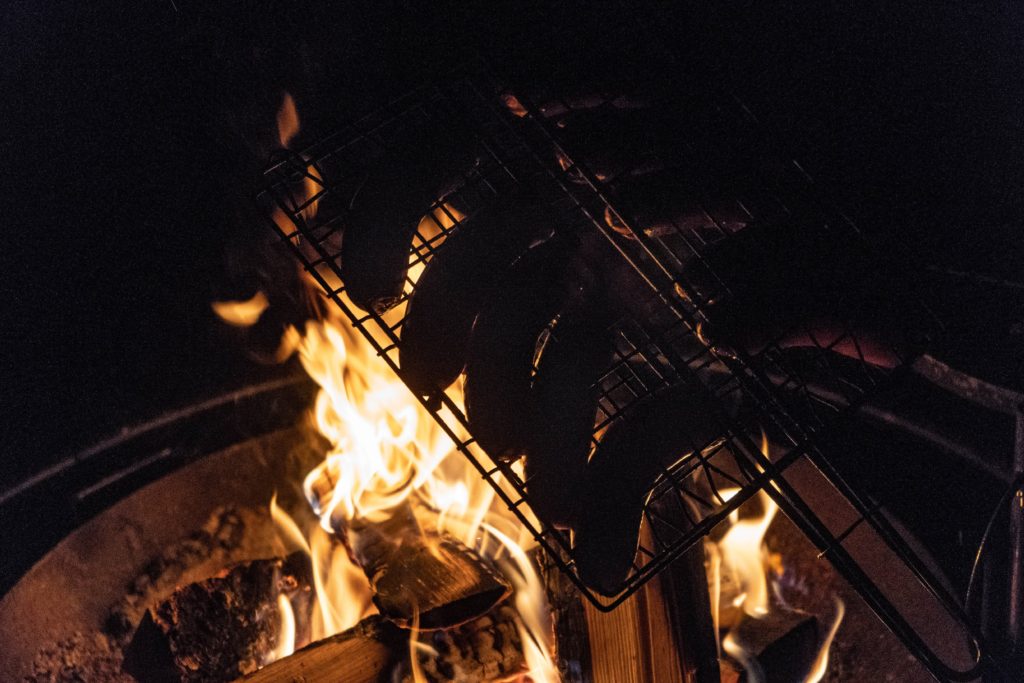 There’s no guarantee you’ll get to see the northern lights – some nights are better than others and some nights they just don’t appear – so I recommend you do this on your first night in the Arctic Circle so you can rebook and do another tour on another night and get another chance to see them. 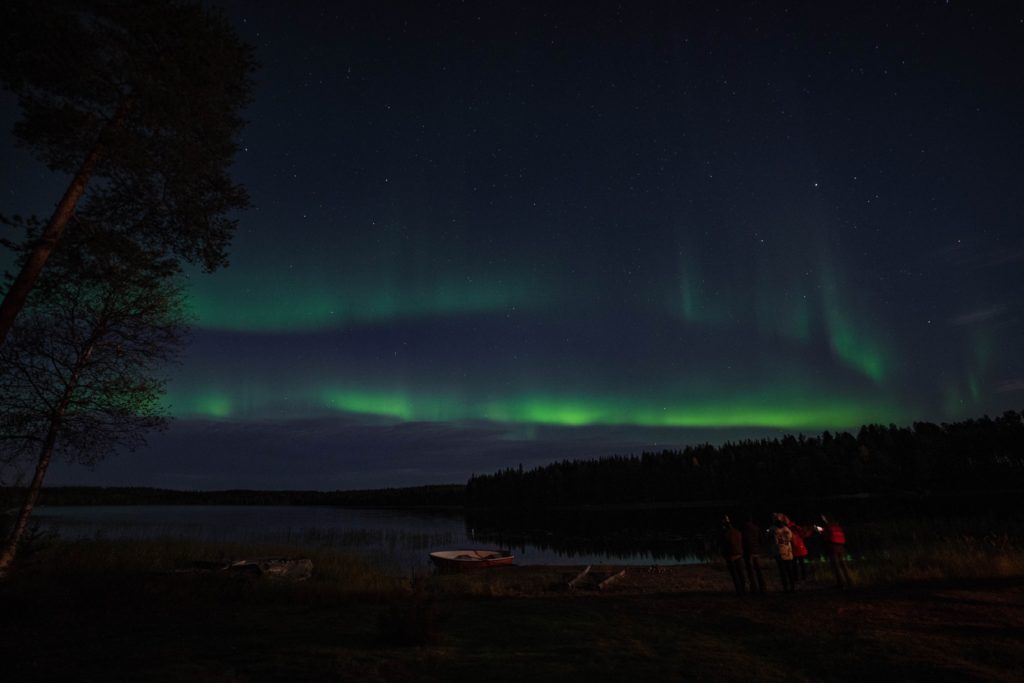 To the naked eye.. not a lot. To be honest, I was underwhelmed. After all this hype and to me it just looked look like a light grey cloud amongst the black sky. But then the tour guide took a photo on her fancy camera… and I understood the hype. Bright mint and green streaking across the sky. And if you look closely (close your eyes and re-open them and face away from any buildings with lights), then you can start to see the lights moving. At first it was an arc across the sky (similar to a rainbow shape), then they starting dancing into 2 lines, circle etc.

The northern lights only lasted about 2 hours before they disappeared.

I’m glad I did the tour but if I do another one (or if you only have the chance to do it once), I’d go in winter for even prettier photos with the snow in them and stronger lights. It probably also didn’t help that 2019 )when I went) was a solar minimum. If you’re patient enough to wait 11 years for the next solar maximum and I’m sure the lights will be much more spectacular!

Are the northern lights actually worth doing?

While the tour was expensive and the northern lights outside Rovaniemi weren’t amazing I’m really glad I did it. The pictures turned out great!

I definitely want to try and see the lights again (in winter though) in Northern Norway or somewhere even closer to the Arctic. 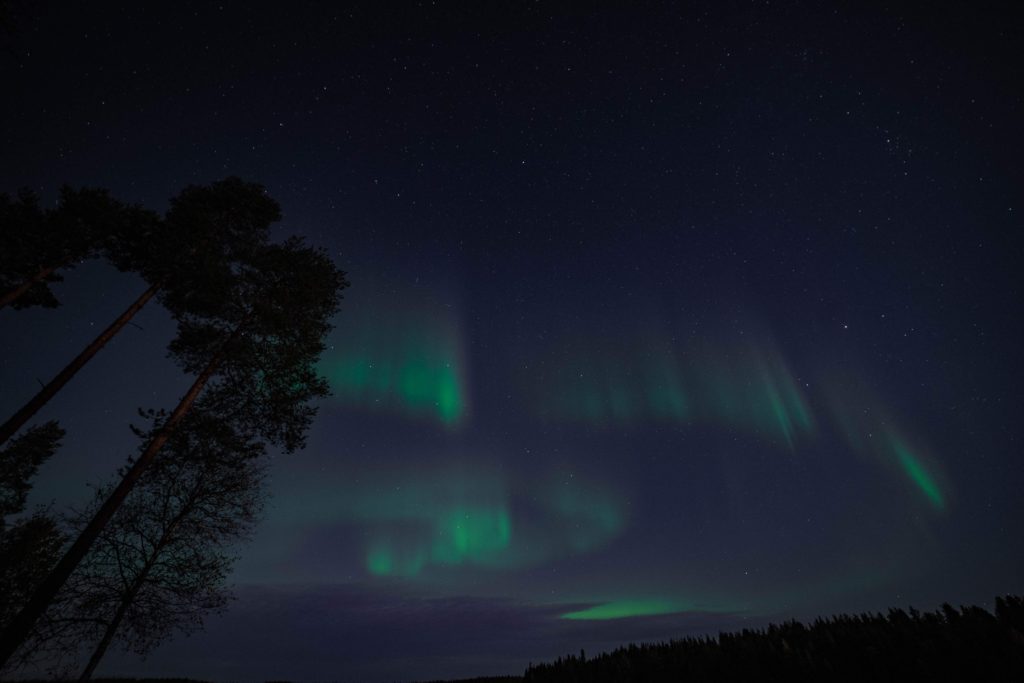 So why doesn’t a point and shoot camera or your iphone work?

If you do somehow master the settings on your camera to capture the lights, the next part is actually finding them. There are apps you can use but you need to be away from any light pollution i.e. out of town … which you’ll probably need a car to drive to.

What if you do have a DLSR?

These are the camera settings the photographer / tour guide recommended:

Switch to the manual setting on your camera:

Batteries drain faster in the cold. Put them in a zip lock bag to avoid condensation. If they do get condensation, leave the lens out and let it dry before retracting or capping the lens.

If you have any tips or recommended camera settings for photographing the northern lights please comment below!