In an effort to do something a bit more creative than my usual weekly layouts (and since I also wanted to try some metallic pens I’d had for a while) I decided to use black paper this week.  Since the Christmas countdown was on… I drew a Christmas tree. I was going to go all out and add baubles, fairy lights, draw a Santa, some stockings, stars etc. but then there’d be no room to plan. So instead I decided to just do one thing (the easiest thing to draw).

First I drew the Christmas tree in lead pencil to create an outline, then erased the pencil until just feint lines were left – then went over the top in marker pens. 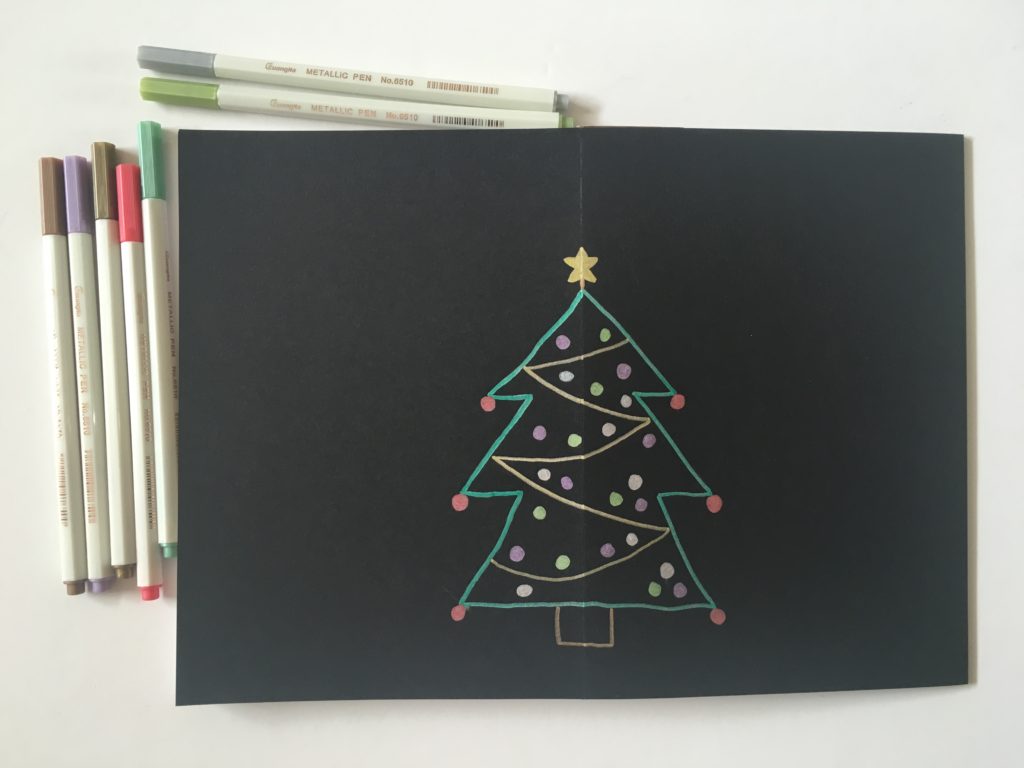 Next, I added my blog posts on one side and checklist on the right. So it was basically my usual weekly spread layout just with the addition of the Christmas tree. 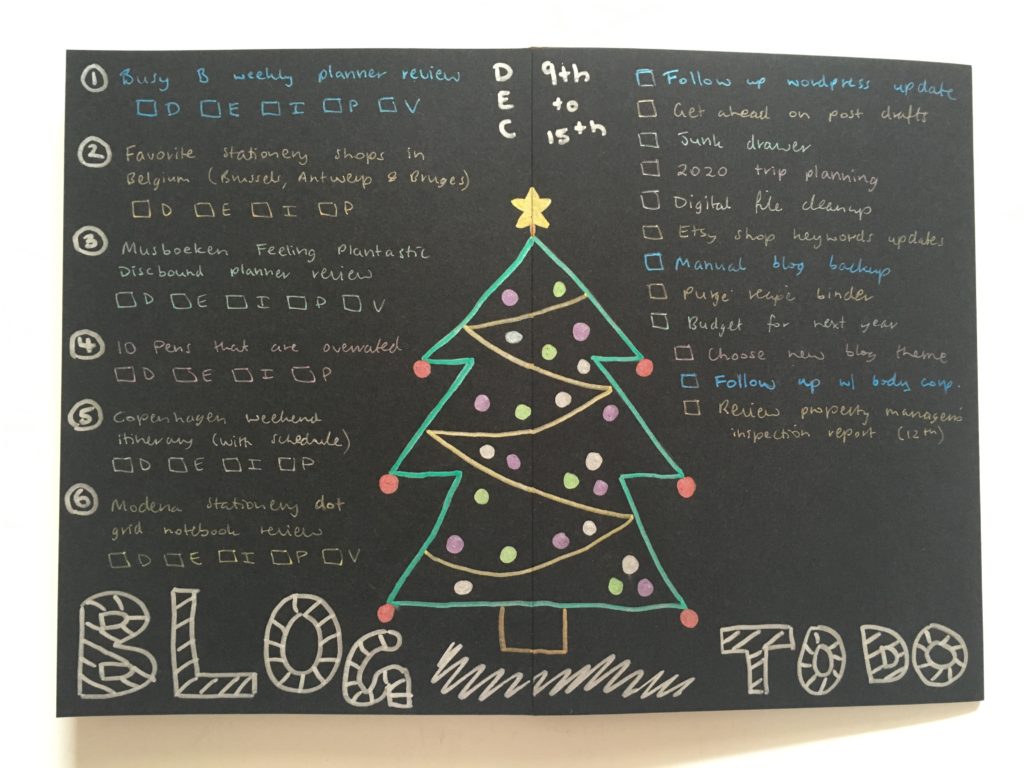 I was going to use the neon Pilot Pop’lol pens but the colors aren’t very festive / glitterly / Christmasy so I went for Kikki K metallic pens and a Sakura Glitter pen I had. Both of these pens write nicely but I rarely use them. A white pen also works well on black paper. 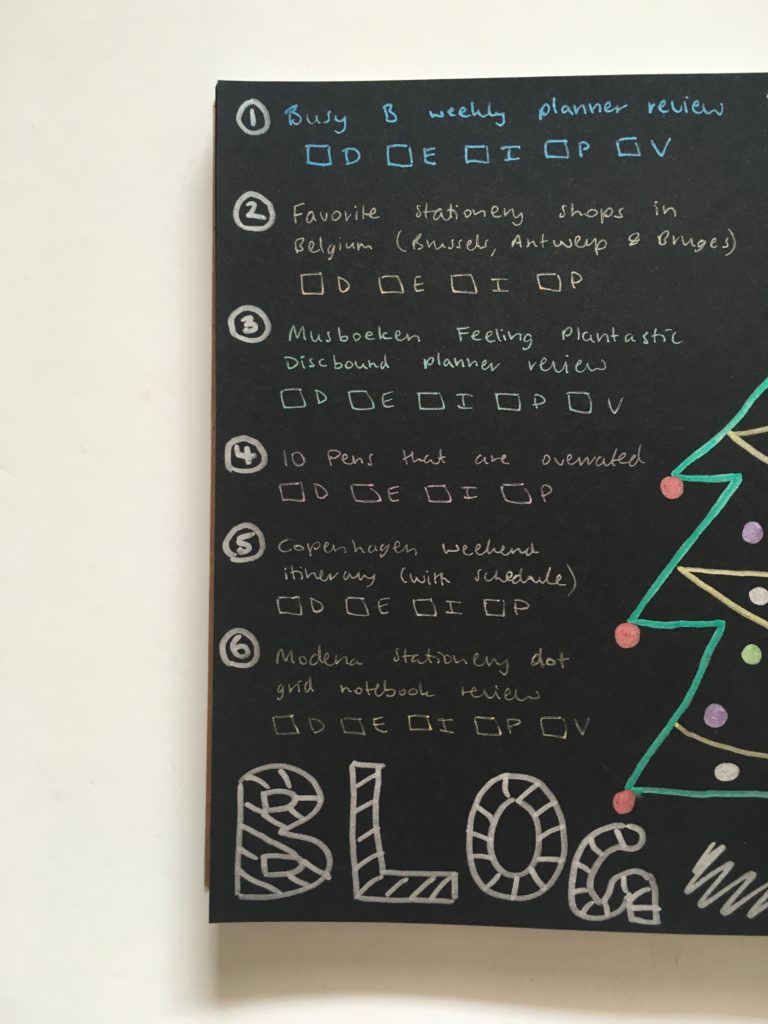 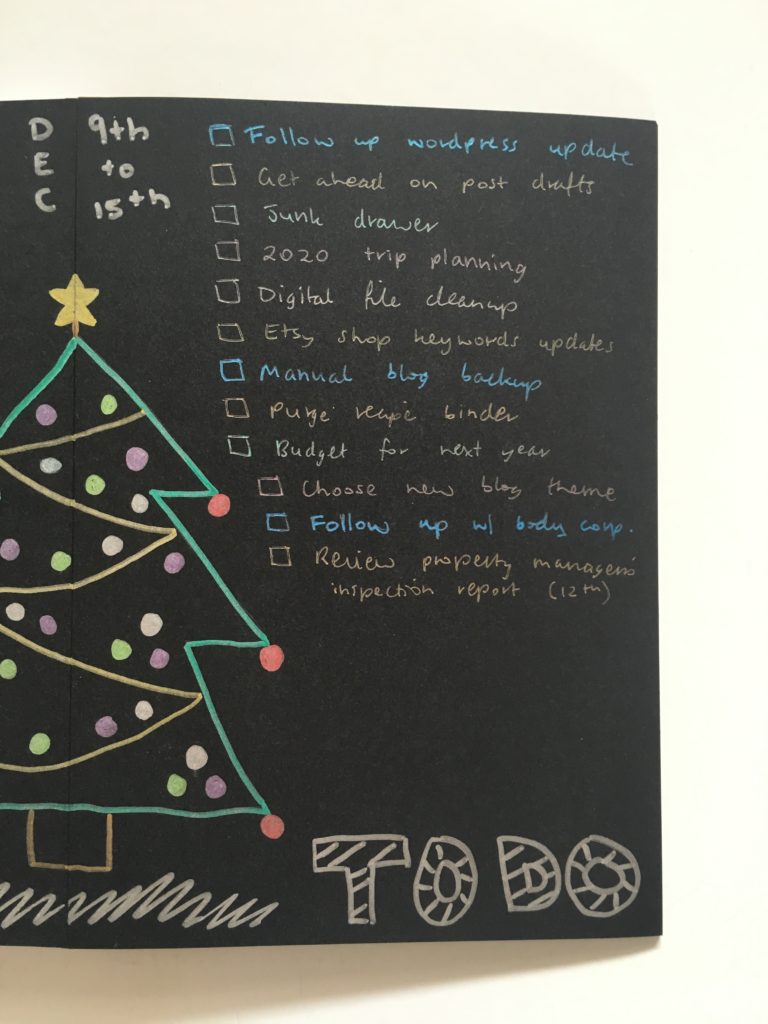 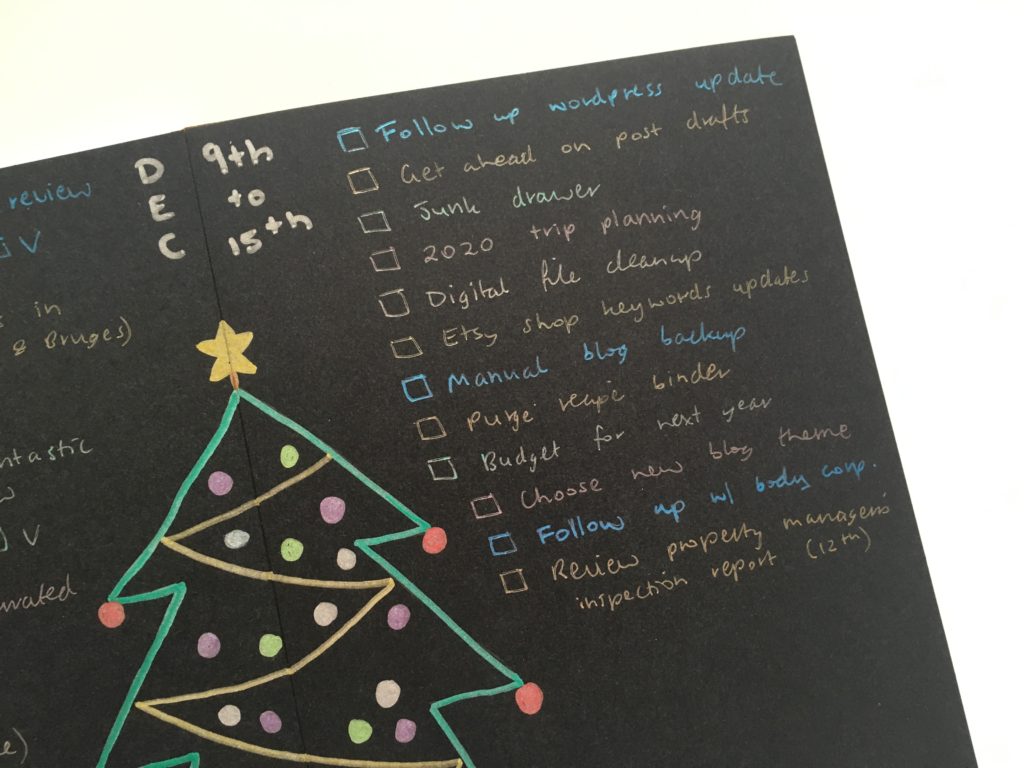 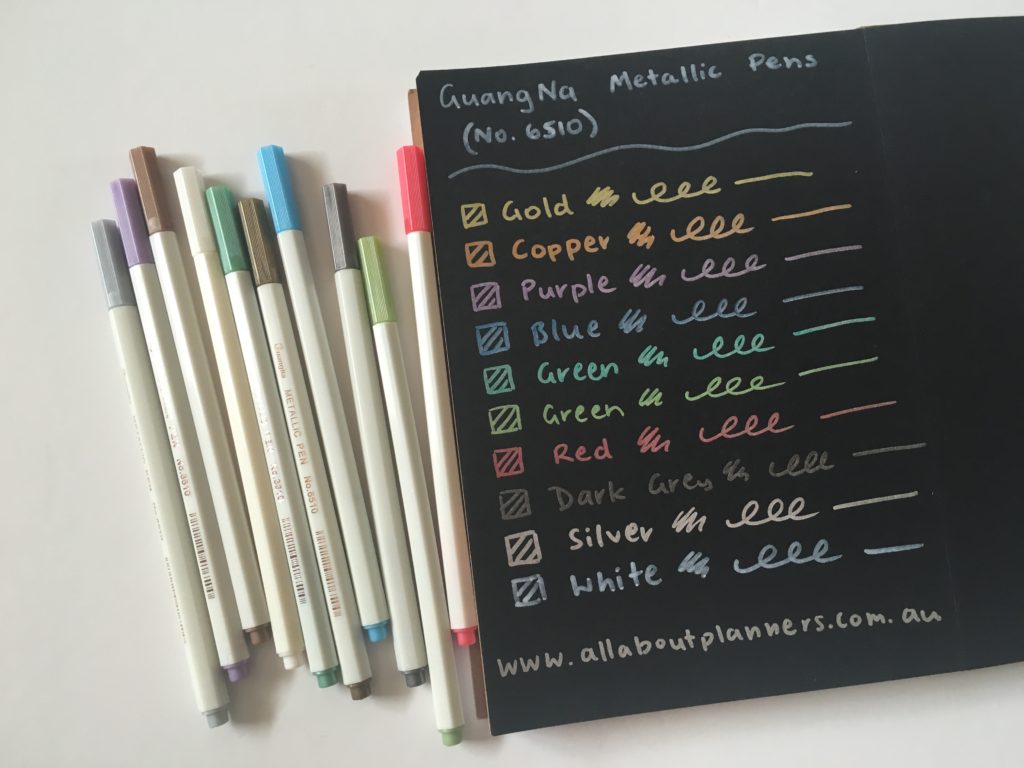 Would I use this spread again?

I liked it but it’d work better on a larger page size. Drawing only half the Christmas tree in one of the corners of the pages would’ve saved space too.. I might try that next year.

As for whether I’d use black paper again? It’s ok every once in a while but I could never use it all the time – too paranoid about making a mistake and not being able to use whiteout.