After a white pen was included in a pack of pilot pens I received, and I bought some planner stencils, I wanted to try a spread on black paper that used the two!

After trying various pens on black paper (see the results in this post), I opted for the Sharpie Permanent Marker in Metallic Gold and the Sakura Gelly Roll 08 White pen.

All the Sharpie Permanent Markers I’ve tried have a tendency to bleed through paper so I was pleased when there was no ghosting on the back.

The Papicolor notebook I used has glue binding that surprisingly isn’t falling apart (yet) and laid perfectly flat every time I use it.

I used stencils for everything as I knew if I tried freehand it would end up crooked. 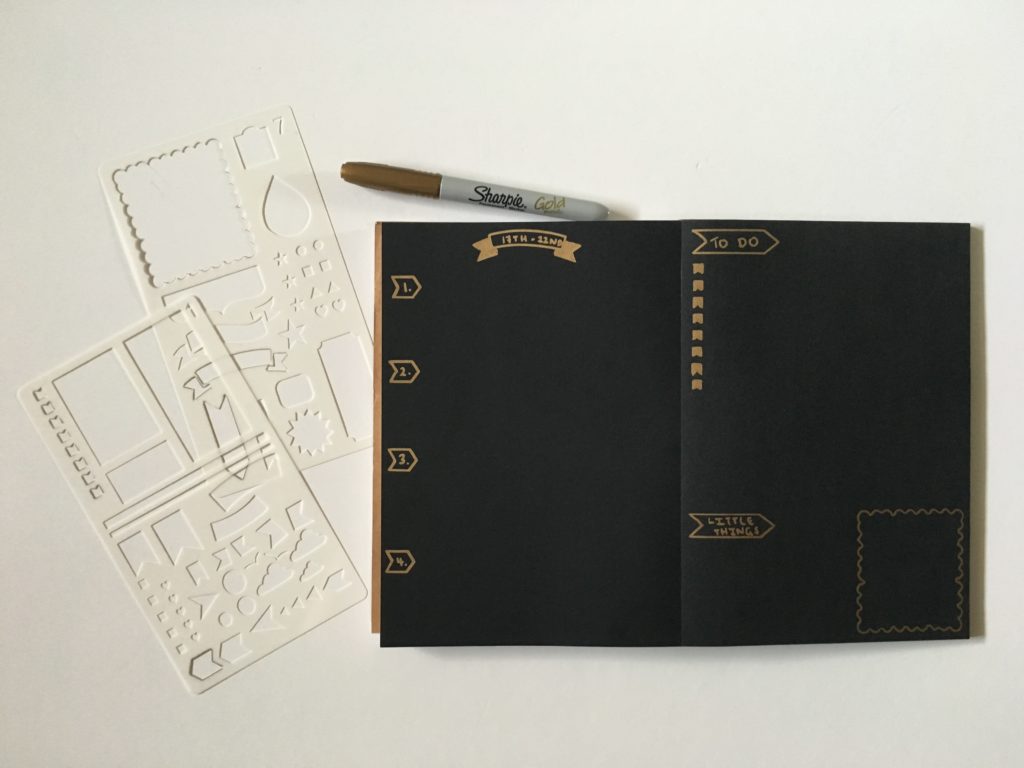 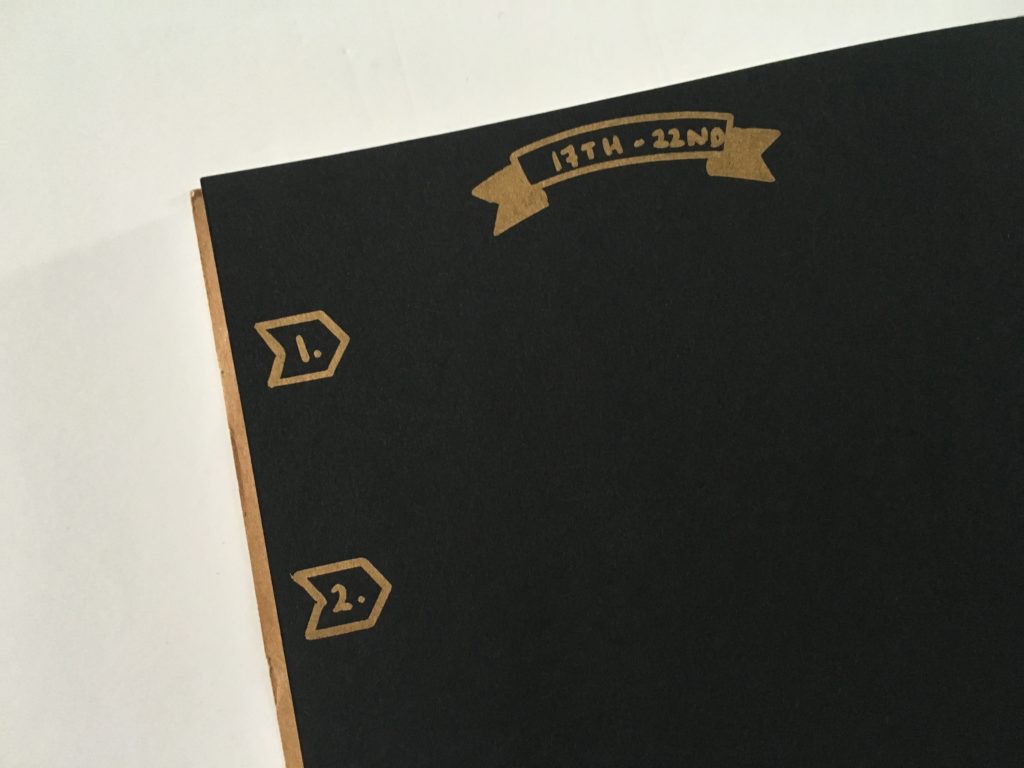 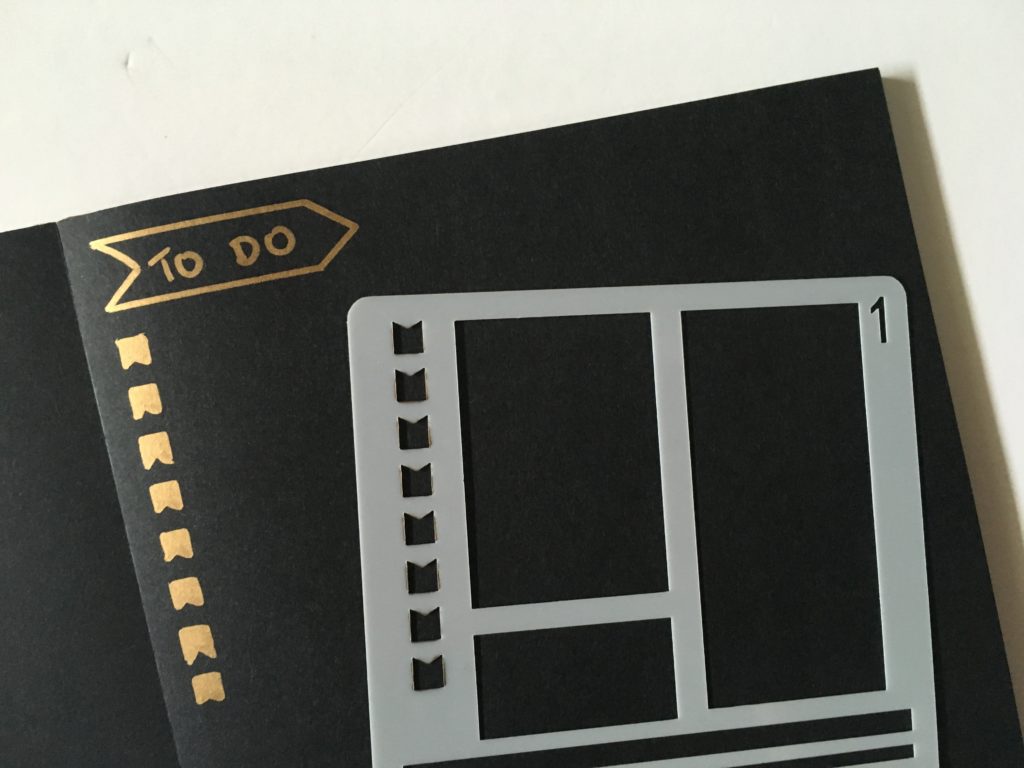 I really like how this turned out! Black & gold <3 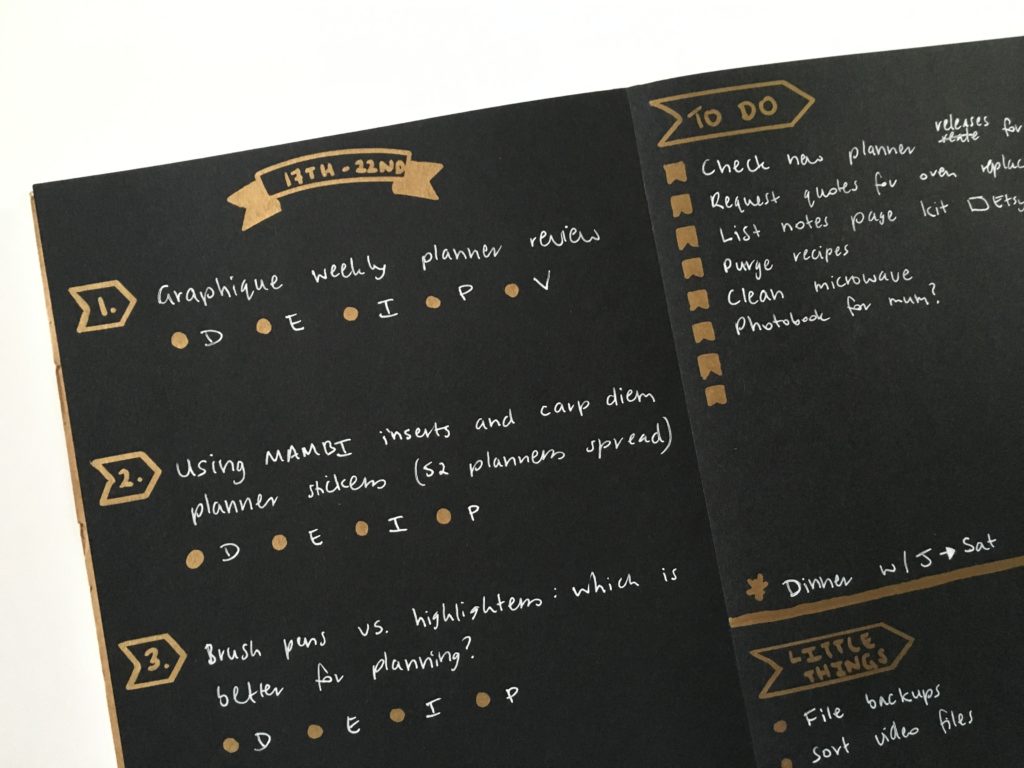 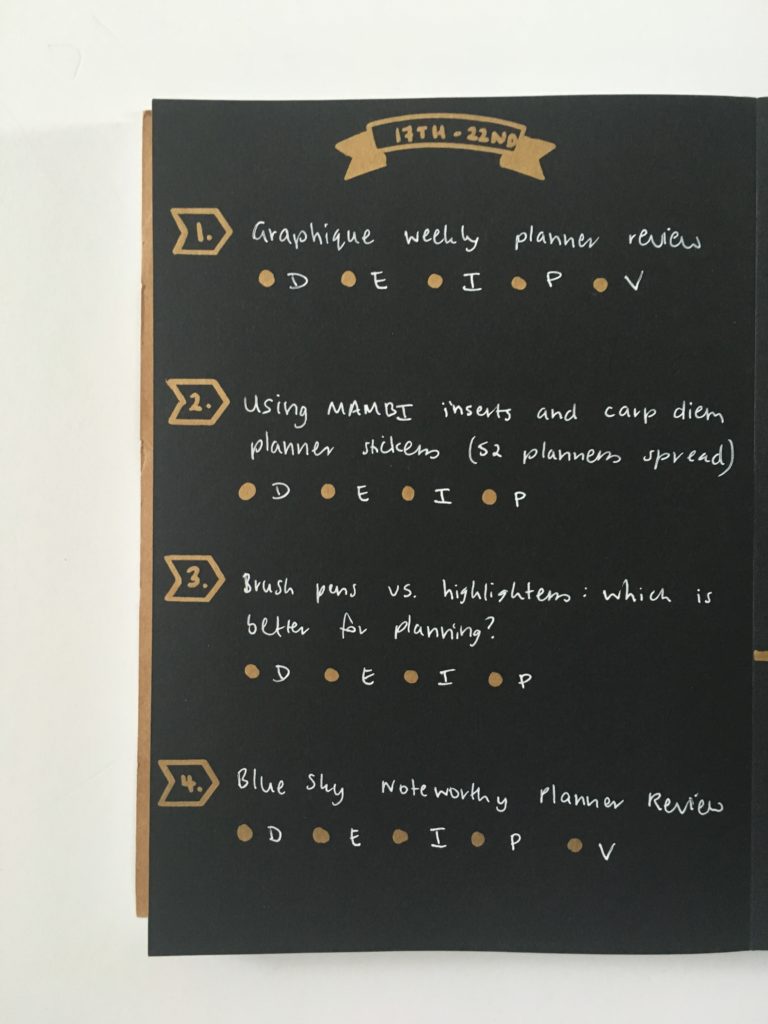 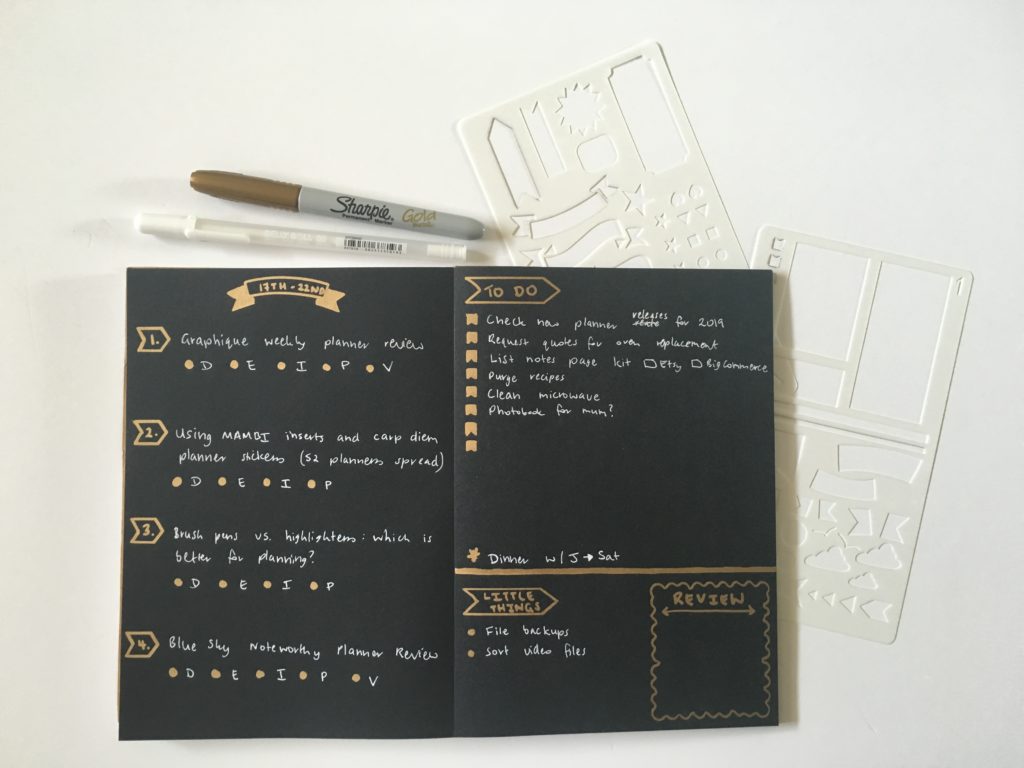 The only problem with using black paper? If you make a mistake you can’t white it out. I thought about using a black marker e.g. staedtler but figured it was minor so just left it. 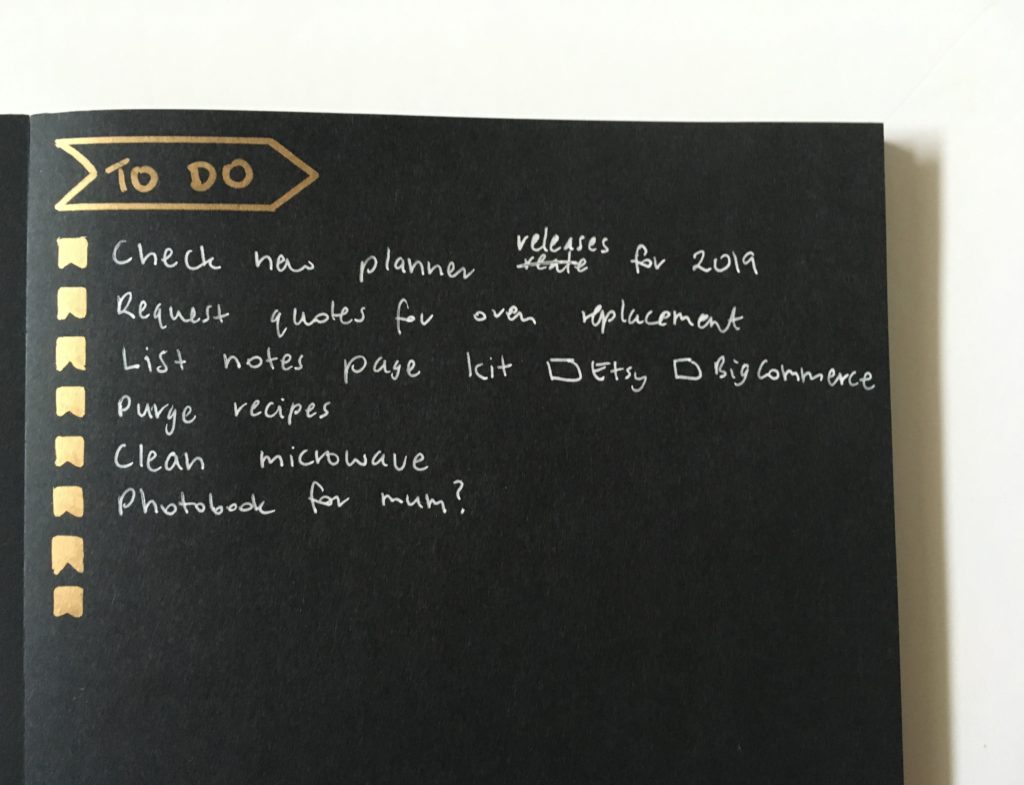 I’d probably just use a ruler to draw a divider line next time as the stencil is plastic / a bit flimsy and slipped so I had to do a freehand touch up. 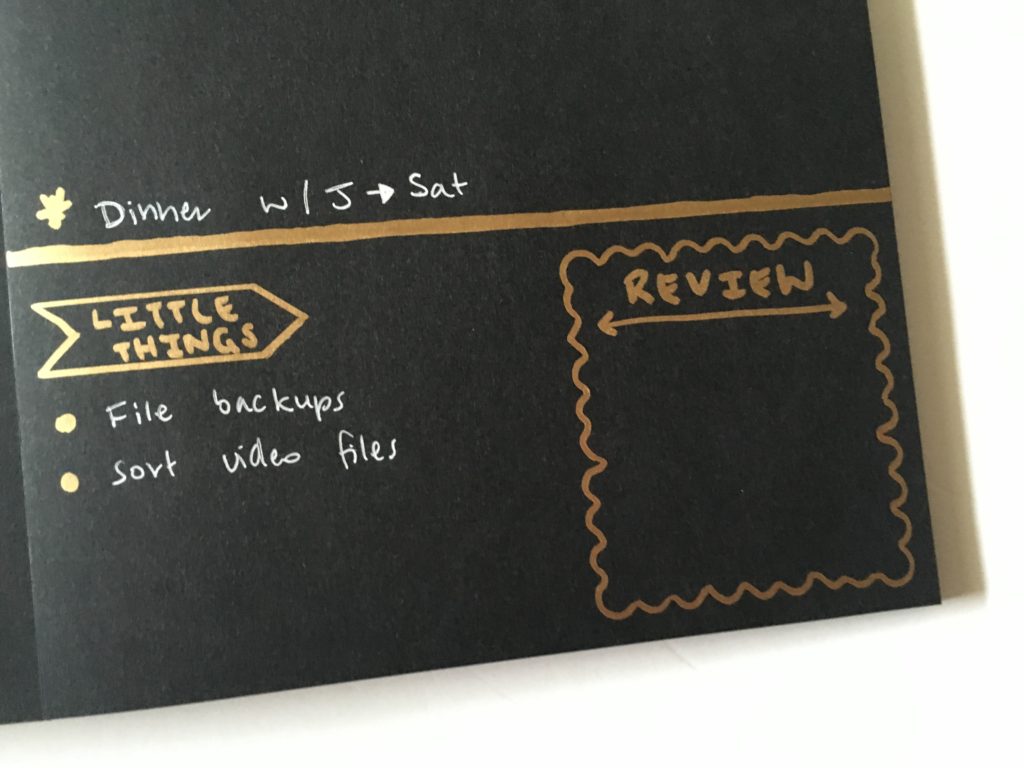 Pros of planning this way

Cons of planning this way 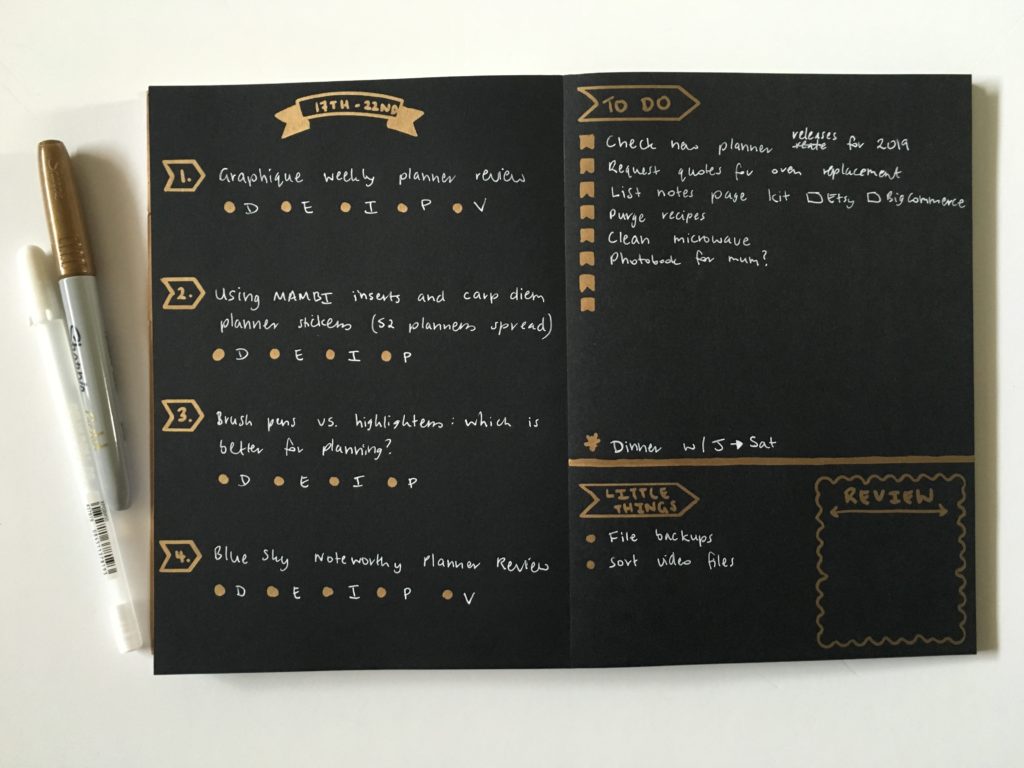 Would I plan this way again?

Yes, it was something different from my usual spreads, plus it was simple and quick.