So I know I’ve said on numerous occasions that I hate vertical planners.. but I didn’t have much to plan this week so opted for a decorative spread… in a vertical planner.

The recollections planner reminds me of a cross between the Erin Condren layout and colors similar to the style of Plum Paper. I’m not someone that normally likes pastel colors however this planner is the one exception I’ve found so far (even the yellow is nice!) 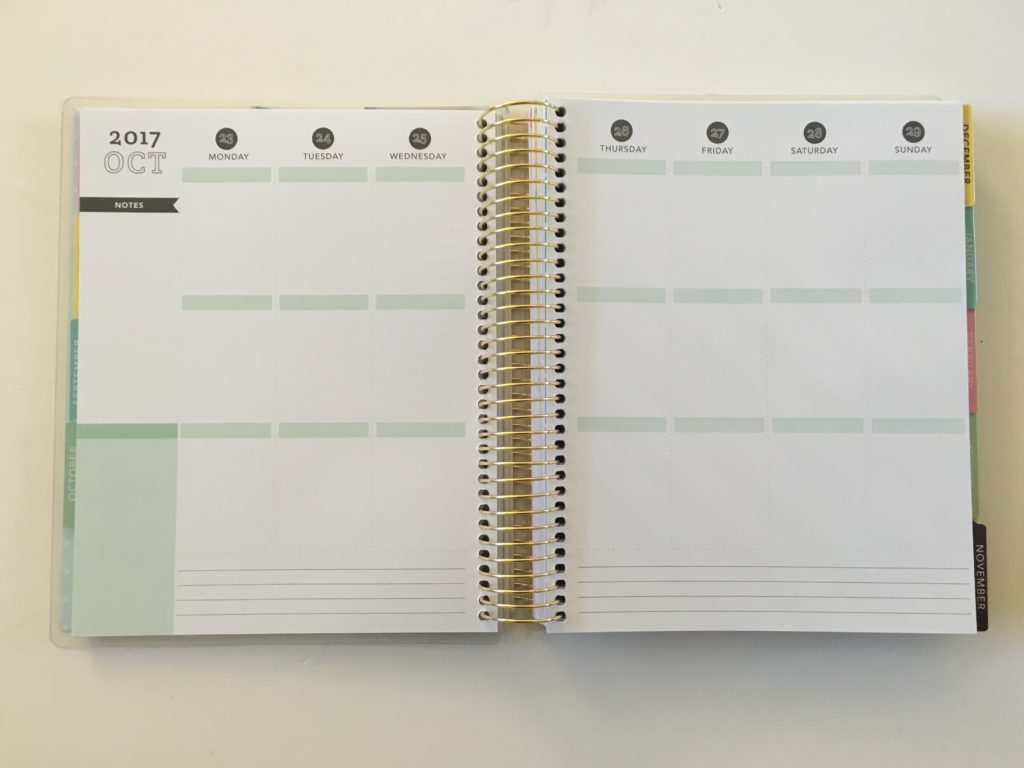 See my review of the planner in this post

Since I didn’t have much to plan I decided to do something I don’t normally do – use one color for everything. 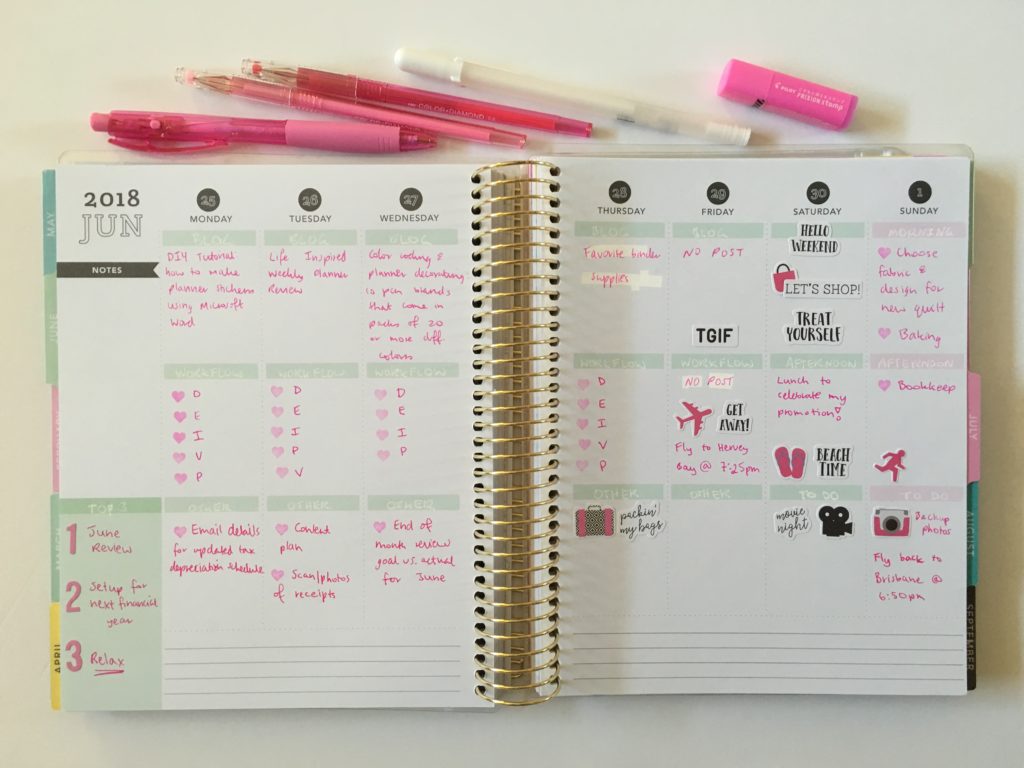 It would’ve looked nicer if the entire week was pink rather than the mint but oh well.

It probably doesn’t show very well in the photos but I attempted to do an ombre layout with light pink at the top (BIC BU3 Grip 1.0 pen), middle shade of pink in the middle and darker shade of pink at the bottom. 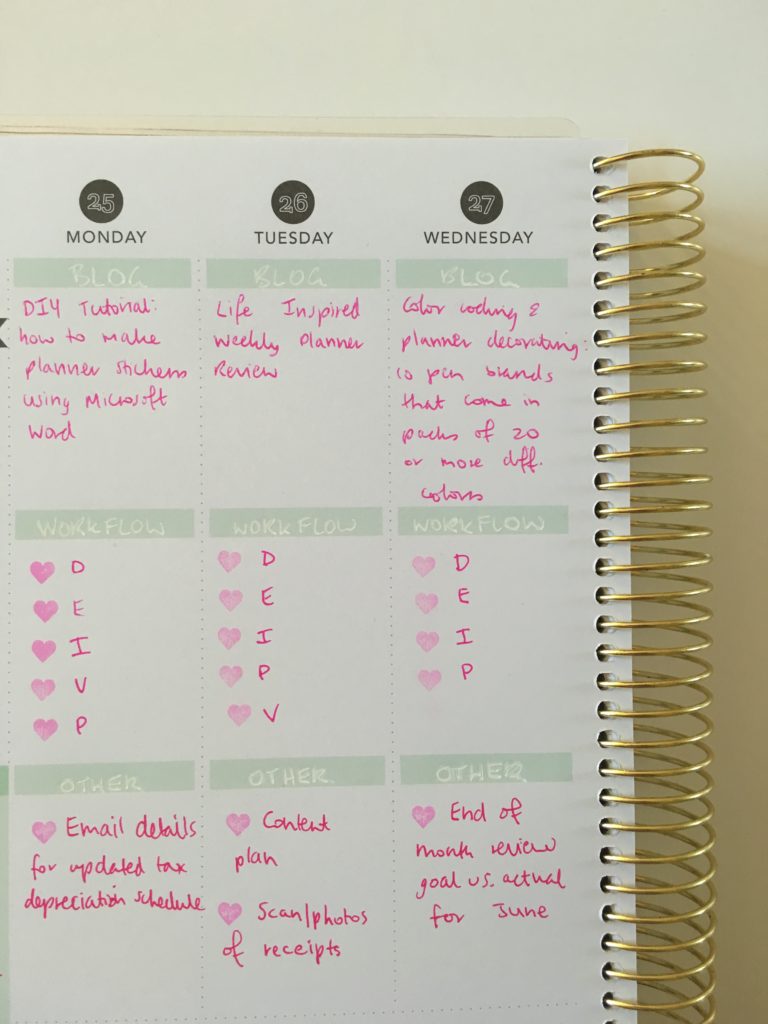 Rather than using a header sticker, I used the Sakura Gelly Roll 08 white pen for headings. I originally used the Pilot PopLol in white but the ink wasn’t very bold and didn’t show very well against the mint.

I don’t really do sticker decorating but did a bit this week with the Carpe Diem stickers. I love that brands’ rainbow sticker books! 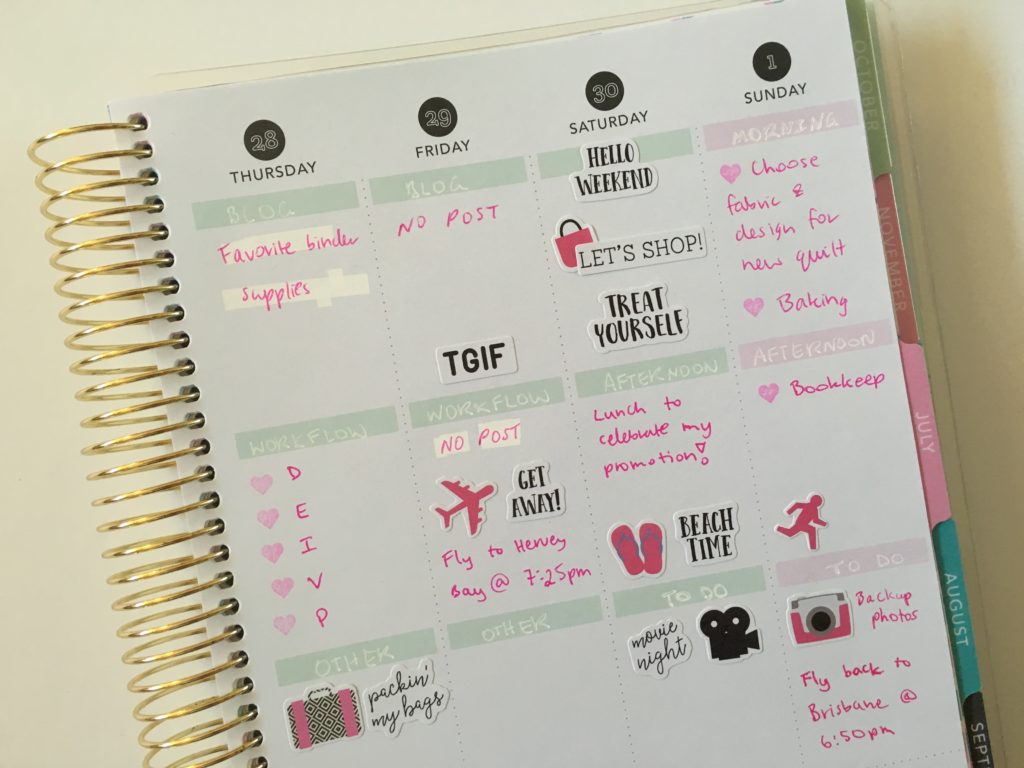 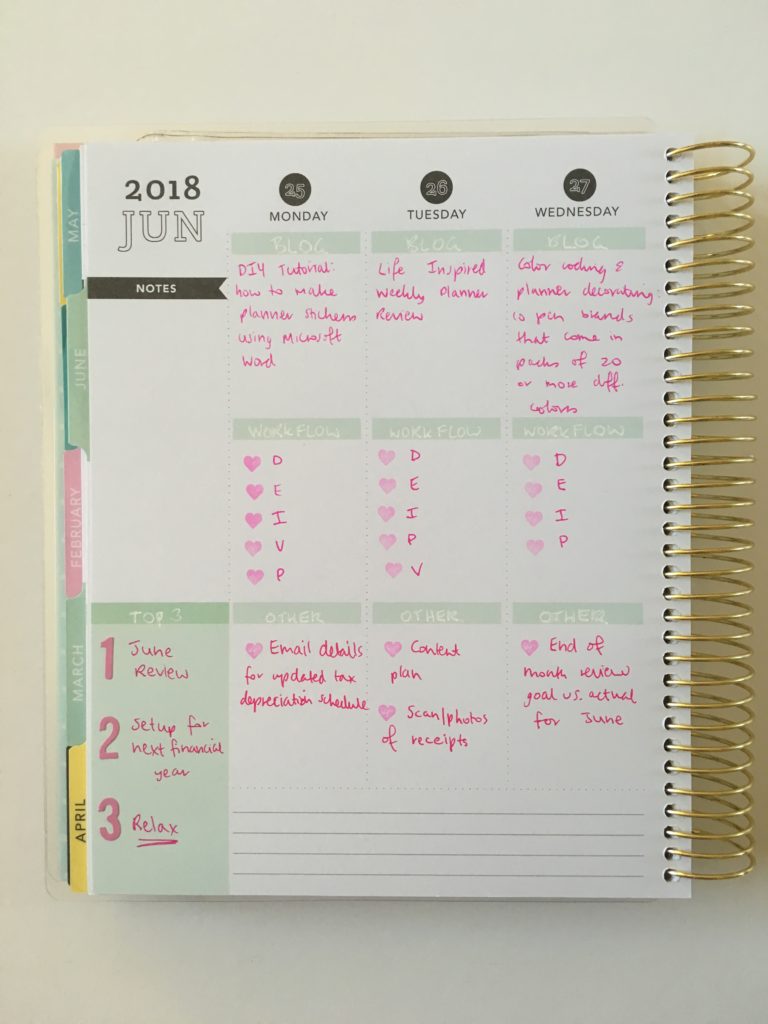 I only used the Color Diamond pens as they came in multiple shades of pink. I don’t recommend the color diamond pens. I bought them off Amazon and they’d either been sitting in a warehouse for a long time or something happened in transit, but some of the pens in the pack did that thing where the pen ‘sweats’ or the other extreme where the pen was dried out and no matter what I tried I couldn’t revive it. I ended up getting a refund for them. 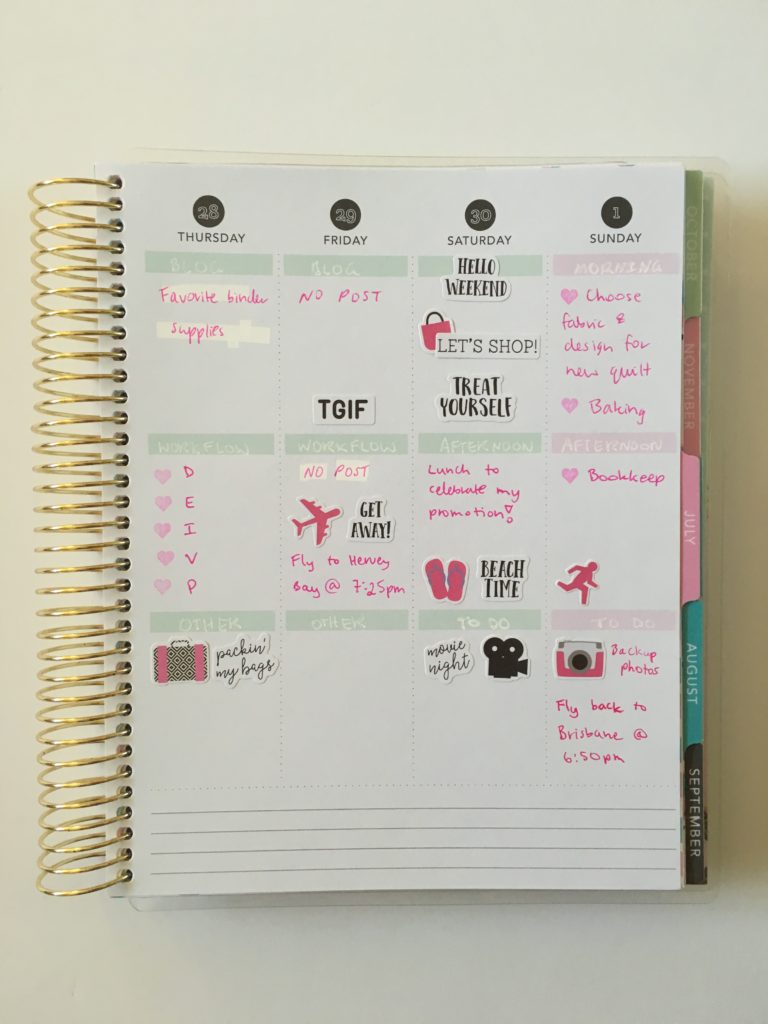 Would I Use this planner again

Maybe. If I wanted to do a decorative spread vertical layouts seem best for that as there isn’t much room to write and most stickers are designed for vertical planners. 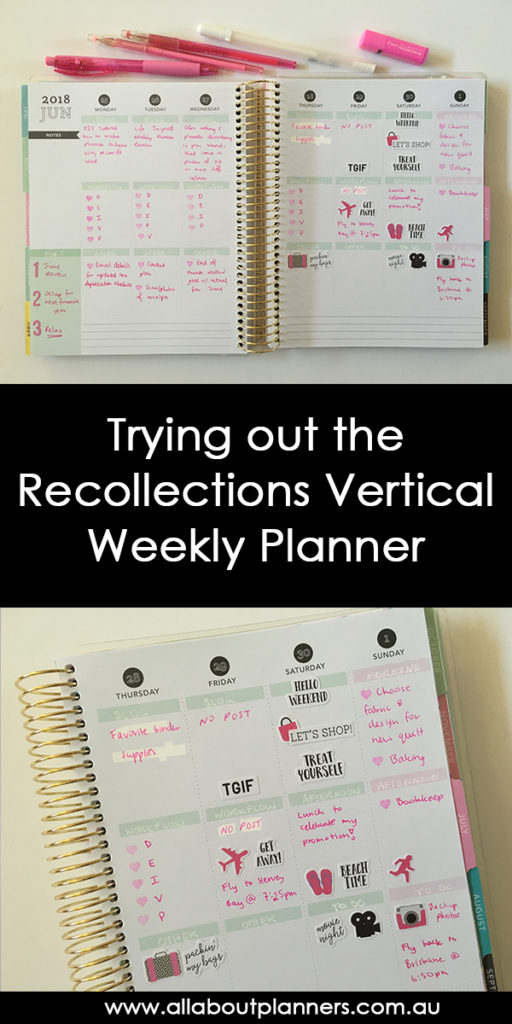