Planning using Goodnotes (and other digital apps) seem to be all the rage right now but I just can’t see the appeal. I’ve had a few people email me asking if I’m going to make planners for Goodnotes for my shop and the answer is no. Here’s why:

Why I don’t use Goodnotes

If you use Goodnotes or similar (Zoom Notes, One Notes, Noteability, Squid etc.) it’s another device. Everyday I spent around 14 hours looking at screens – work computer (which is 2 screens so my eyes are already overu-sed by the time I come home), my laptop, ereader and iPhone. Using a paper planner gives my eyes a break from looking at a screen – plus I don’t have to worry about keeping the battery charged.

I may keep physical things relatively well organized but digital files… well there’s certainly room for improvement. I don’t do things by halves so if I ended up using Goodnotes I’d have hundreds of files of digital stickers, templates etc. These files take up space on the device and devices like iPhones and iPads don’t have much space unless you pay a hefty price.

3. Need an App (and a device that works with the app)

I hate apps. I hate using my phone for anything other than jotting a few notes, Googling, checking prices while shopping and checking emails (I don’t even respond to emails on my phone – the on screen keyboard annoys me that much). My phone is already full of photos which I like to keep on there as a just in case backup. I don’t want to use an app for planning.

After researching it sounds like there may be a Goodnotes version you can use on a computer – but only if you have a Mac (which I don’t). I sifted through a bunch of websites, forums etc. where people were asking for a Windows compatible version and Goodnotes’ answer was that there’s a possibility but no ETA.

It also appears that some people paid for Goodnotes and others downloaded it for free. Then it seems there’s difference editions of the program as well. And then wondering if the planners you want to use with it are compatible with the version you’re using… sounds too complicated.

If you want to use Goodnotes you’ll need an iPad. For iPads being so small they sure come with a hefty price tag. Here in Australia they cost almost as much as a laptop! Plus if you want to digitally plan you need an Apple Pencil as well. And then you’ll probably need a case, a screen protector, plus the Goodnotes App.

Here is my cost breakdown:

You could buy a lot of paper planners and printables with $1,000!

I know you can use again and again and if you already have / use an iPad it might be worth it. But if you’re like me and use other devices e.g. a laptop, then buying an iPad just so you can use the Goodnotes app just isn’t feasible. If they ever introduce a desktop version I’d give it a go, but look at all the other things you could buy with the same amount of money:

I like using physical pens. I find stylus pens awkward to use – plus they’re expensive. There are so many stylus pens it’s confusing to know which ones are compatible with which devices and brands.

6. Easier to see past weeks on paper

I like that on paper, I can easily flick back and forth. I can also pull out pages (hence why I love discbound) and lay everything out to see an entire month all at once. And then ‘re-assemble’ it back into a discbound notebook. That’s the way I’ve been planning for years, it works and I’m not looking to change it anytime soon. I don’t like that digital planners have hyperlinked tabs. It’s one of the reasons I don’t use One-Note – everything just gets lost if it’s not in front of me on paper.

7. Rely too much on a device

I haven’t updated my iPhone since I bought it 2 years ago. I’ve heard far too many stories of people doing updates that ended up resetting their phone back to factory condition and losing all their stuff. I just can’t be bothered either. My phone works just fine and has been, without doing any updates so I don’t see any reason to start now. Well it’s the same with apps like Goodnotes. They’re regularly updated. You have to trust that whoever has done the programming for the update has done it correctly or things could get wiped. I don’t like the risk factor of planning on an app designed by someone else. I know that if I plan on paper I know where that paper is, can access it at anytime and no one else has access unless I choose to share it with them.

Once every now and then is ok (I’ve tried Trello, Microsoft Excel, Microsoft Word and editable PDF’s), but I could never 100% switch to planning digitally.

To each their own but I’ll be sticking to pen and paper! 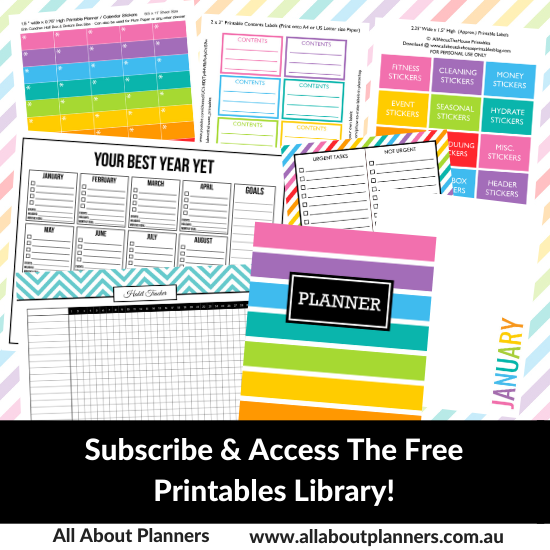 Success! Please check your inbox for an email from me with instructions to download (and access the rest of the free printables library!) Make sure you add me to your contacts so the emails don't end up in the your spam folder 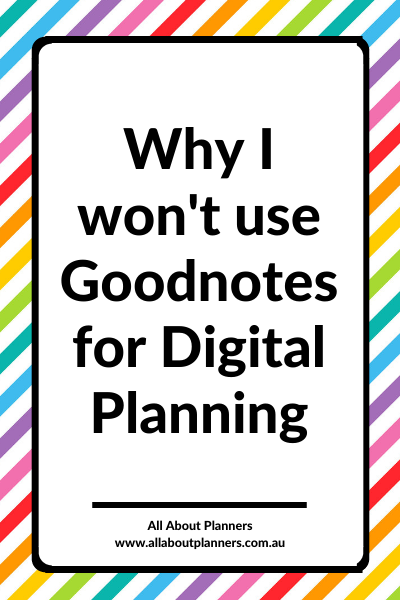