New Zealand’s South Island is best explored beyond just Queenstown. You could take an organized bus tour but for complete freedom it’s definitely worth hiring a car. Here’s my recommended 10 day itinerary.

If the flight times align better, you could always do this in reverse starting in Queenstown.

Arrive in Christchurch and spend a few hours wandering around the main street, see the remains of the Church of the Good Shepherd, visit the Quake Museum, city botanic gardens or take a ride on the tram.

Another option is to start in Dunedin instead of Christchurch. I wish I’d done that instead as there isn’t must to see in Christchurch – you’ll probably only need half a day.

Accommodation: Christchurch (I stayed at the Quest Apartments – had a good central location) 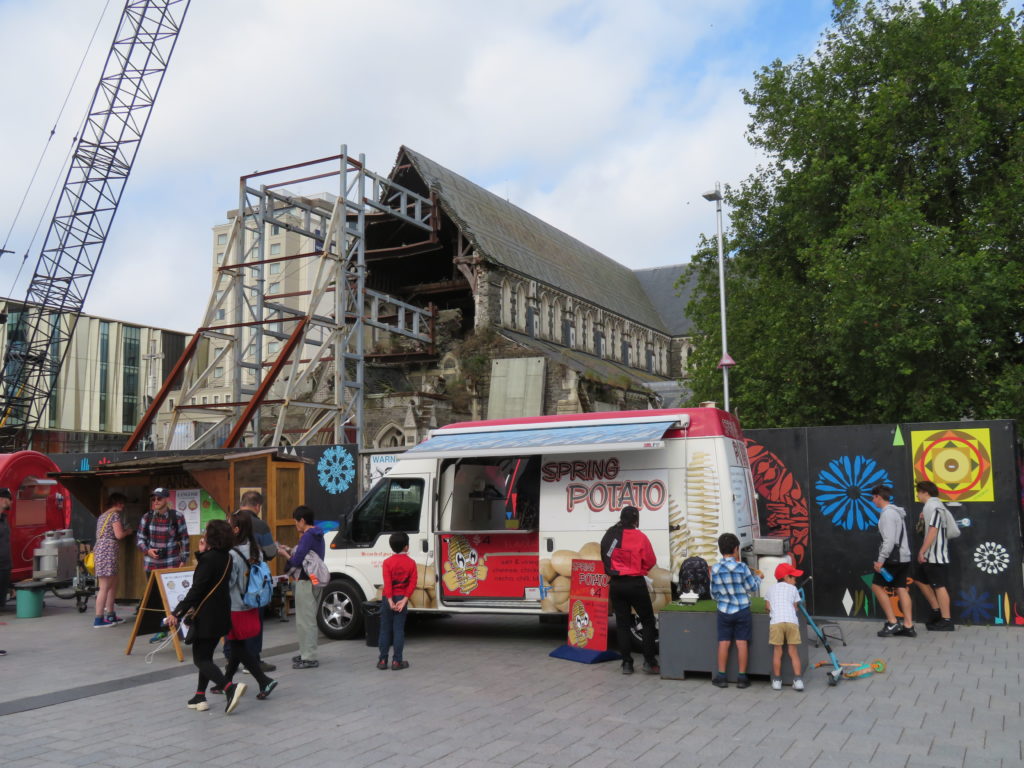 Before you head to Lake Tekapo, take a detour (in the complete opposite direction but trust me the view is worth it!) to Akaroa Harbour.

I didn’t have time to go all the way to Akaroa Harbour (as my dad wanted to visit Christchurch’s boring airplane museum) but the view from Hilltop Tavern was still impressive. 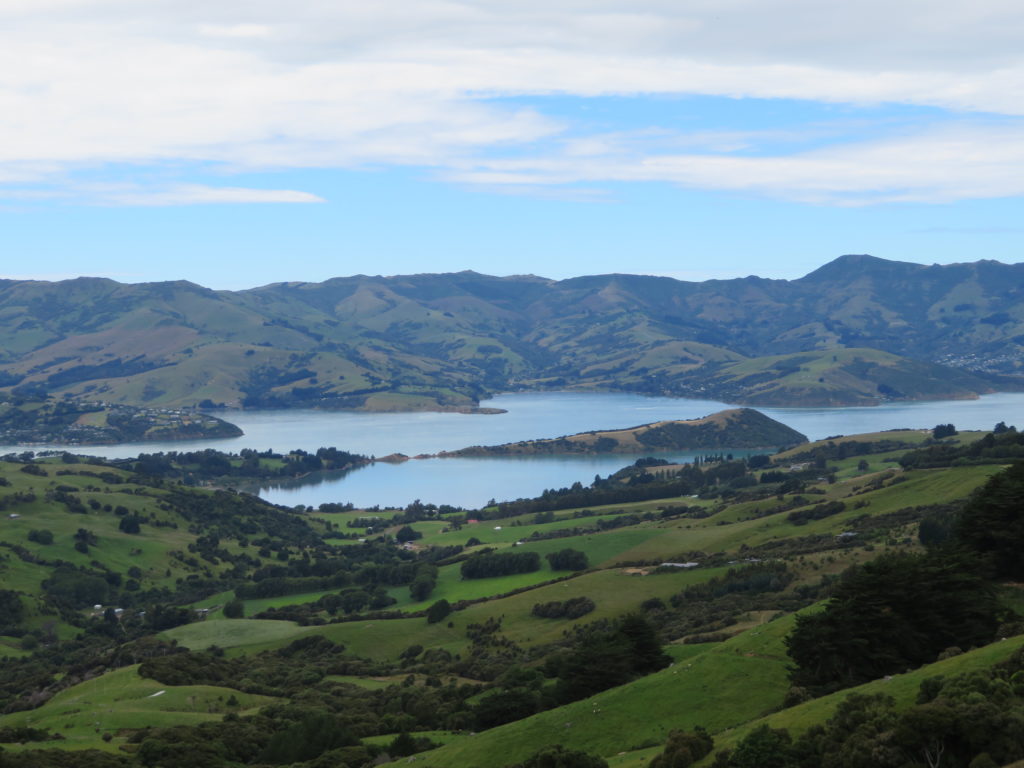 After Akaroa, it’s time to head to Lake Tekapo. The drive is a bit long so you may want to stop in Fairlie for dinner.

Accommodation: Lake Tekapo. Or if you don’t want to drive that far, I stayed in Fairlie (at the Mackenzie Motel – turned out to be the best motel I’ve ever stayed at!) 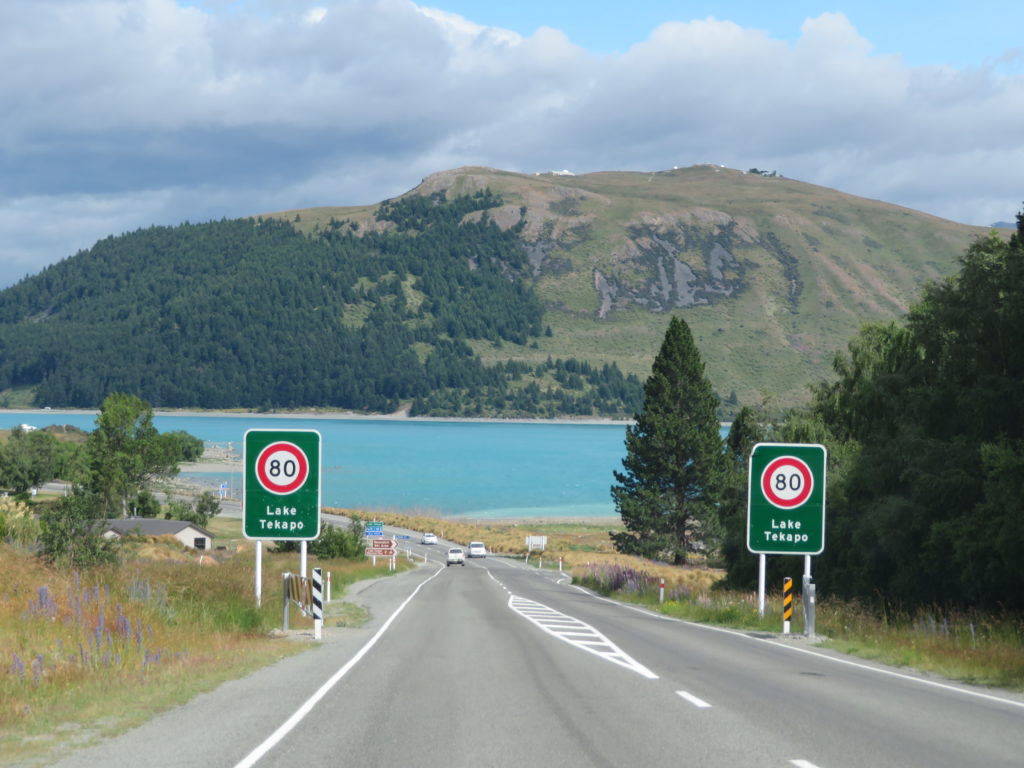 This was my favorite day of the entire trip. The middle of the South Island is so pretty! November to January is the best time for Lupin spotting so if you can time going towards the end of spring (before all the snow melts off the mountains) the views will be extra stunning. Some of the best lupins were right in front of the ‘Welcome to Lake Tekapo’ sign.

While at Lake Tekapo be sure to stop at the Church of the Good Shepherd, then turn off and head along the road that leads up to the observatory (I went as far as the entrance and turned around as it’s paid entry). This road had plenty of Lupins. 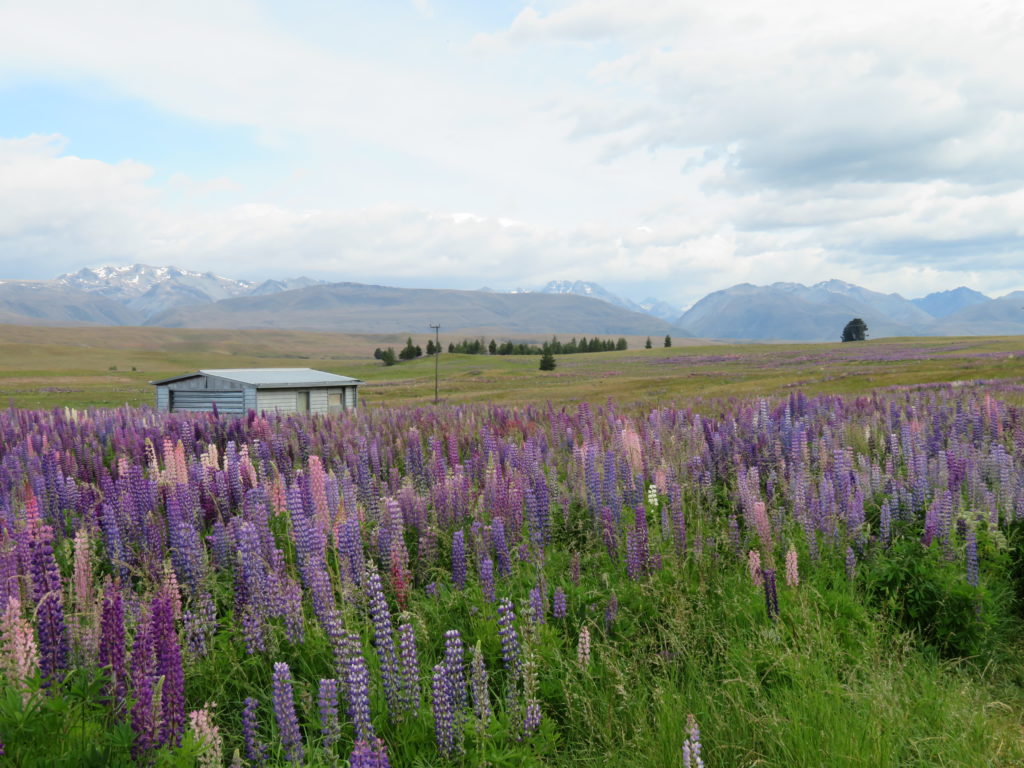 There are limited food places for lunch between Lake Tekapo and Mount Cook so bring something with you or get something at the bakery at Fairlie.

Next, stop at Lake Pukaki – some of the brightest, bluest water I’ve seen! (Reminded me of Switzerland) 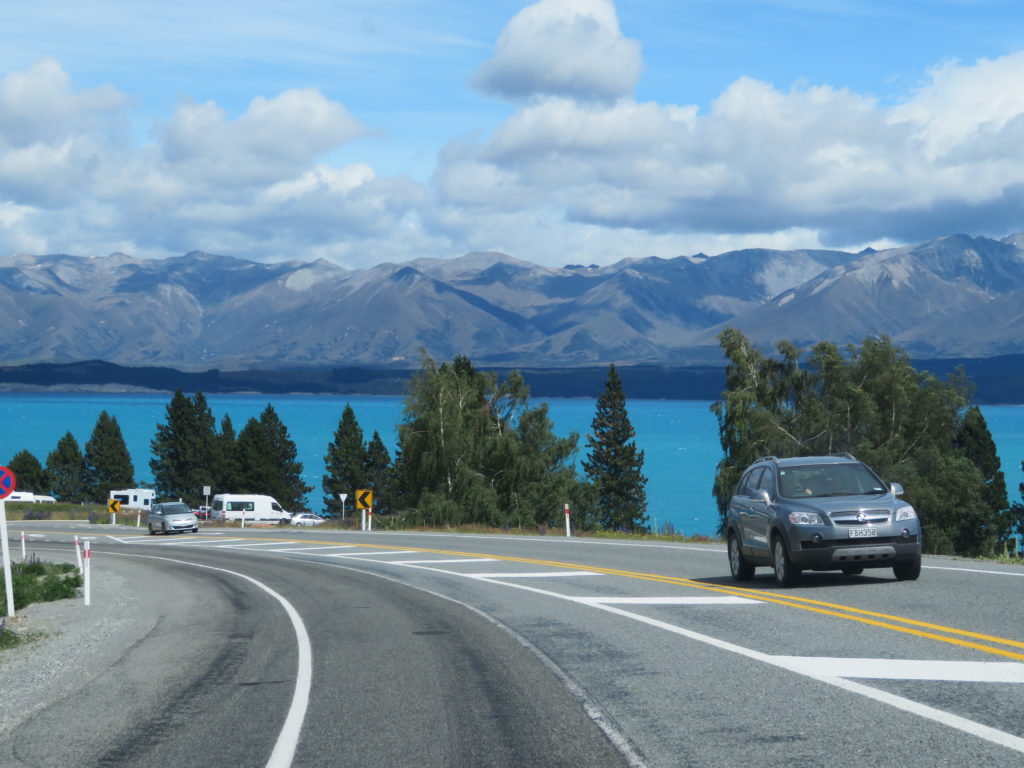 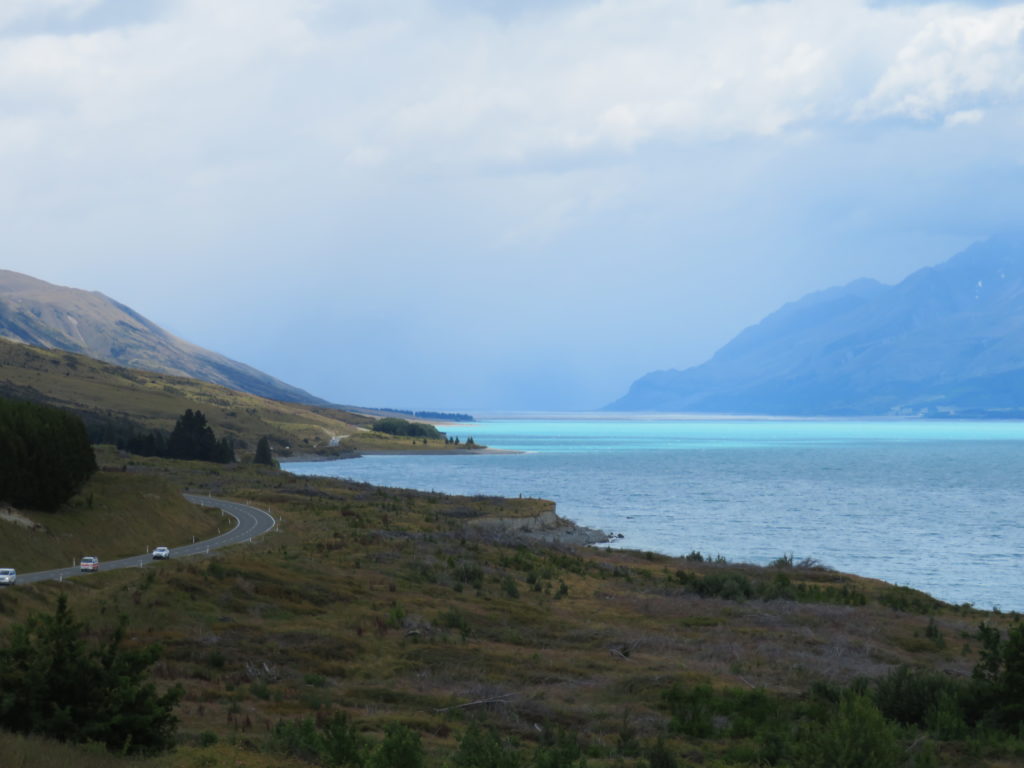 I did the popular Hooker Valley Track walking trail. It was raining the whole time but still a good walk with multiple suspension bridges. The views would be fantastic on a clear day. 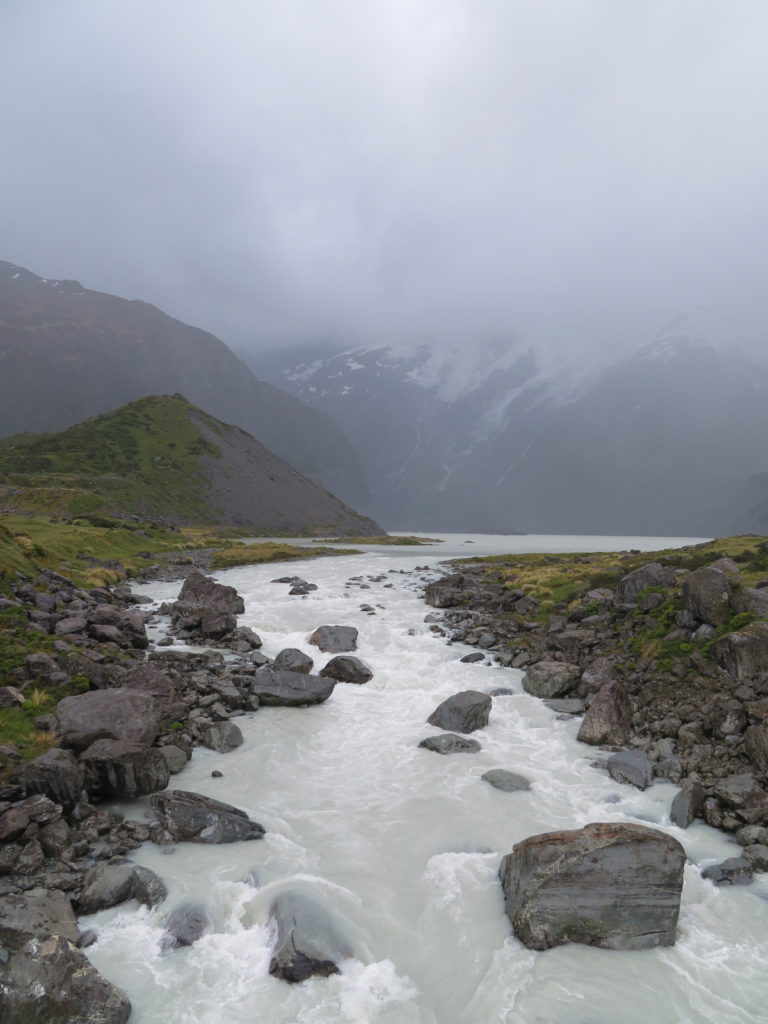 I like to pack a lot into each day when I travel. You may decide to split this day into 2 to break up the driving.

Accommodation: Twizel or any of the surrounding towns (and head to Twizel for dinner). Twizel was booked out when I went (it was almost New Years Eve), so I had to keep going inland and ended up at Otematata. Would not  recommend. There’s nothing there except a dingy motel and a pub.

There isn’t much to see in Twizel apart from a few food places so it’s not somewhere you need to actually visit moreso just pass through. So after Twizel head to Wanaka.

On the way you’ll pass the clay cliffs and go through the Lindis Valley – be sure to stop before the viewpoint and at the viewpoint. 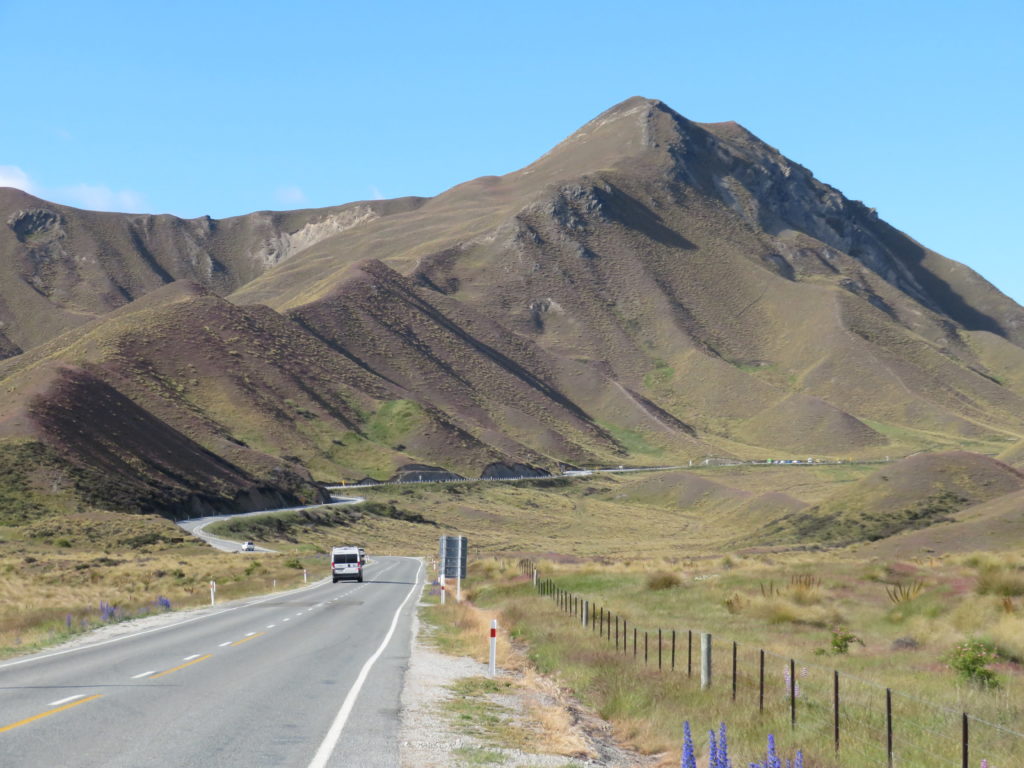 Continue on to Wanaka – another very pretty part of the South Island – blue lake, lush green grassy mountains and even some snow still on the mountains in the middle of summer! 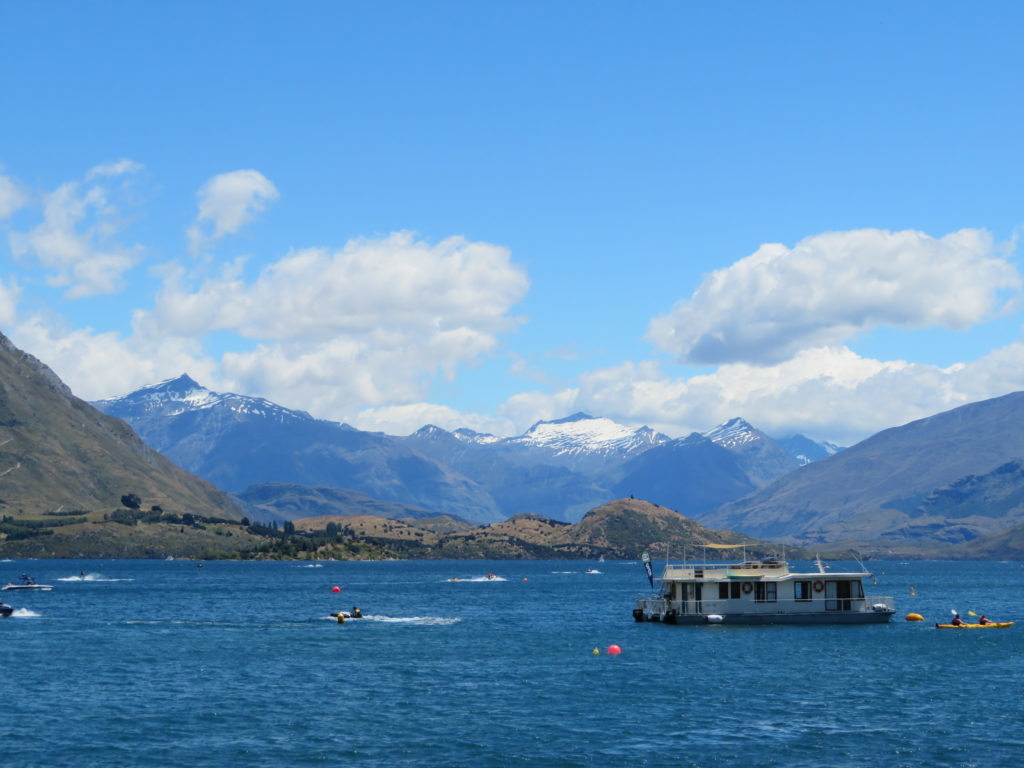 There are plenty of walking trails around Wanaka, I opted for a popular one (Mount Iron). I didn’t go all the way up, it was quite steep and the view from about halfway up was good enough for me! 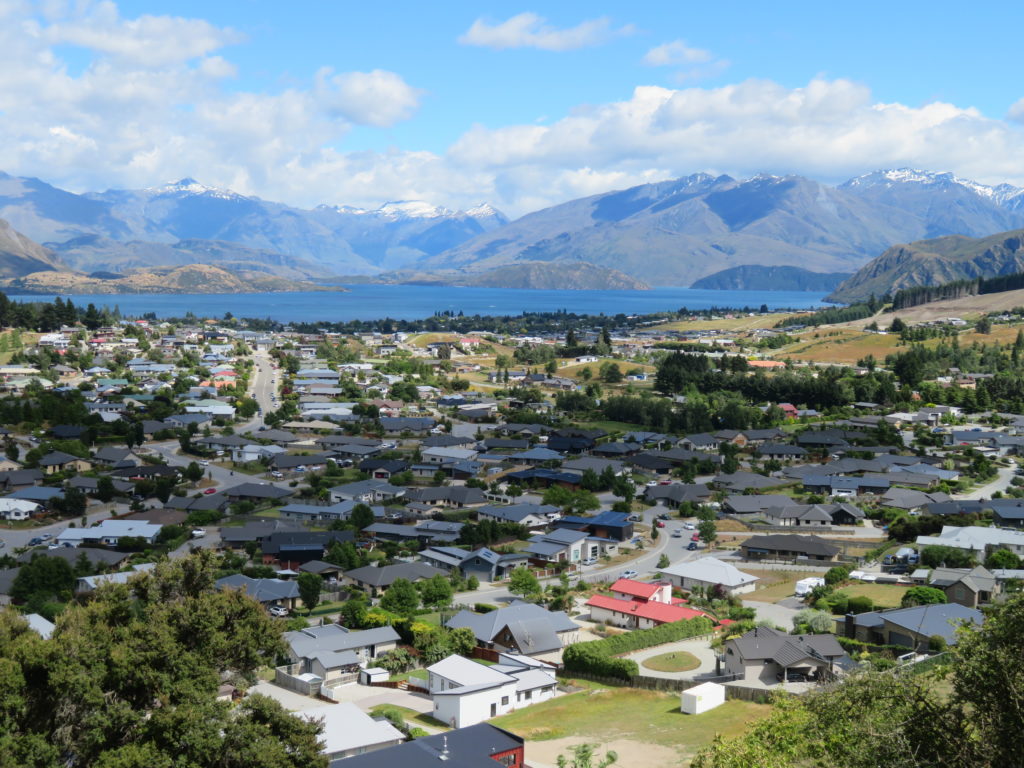 If walking trails are something that interests you, then you may want to add a second day in Wanaka e.g. if you want to do the famous Roys Peak.

There’s plenty of food places in Wanaka so after getting some lunch and wandering around town, head to the Blue Pools (or spend more time in Wanaka if you prefer). That famous tree is about a 20 – 30 minute walk along the main footpath alongside the lake in the opposite direction of the town. It wasn’t worth the Instagram hype in my opinion.

The Blue Pools is about an hour drive north of Wanaka with the usual South Island scenery – blue lake, mountains, winding road <3 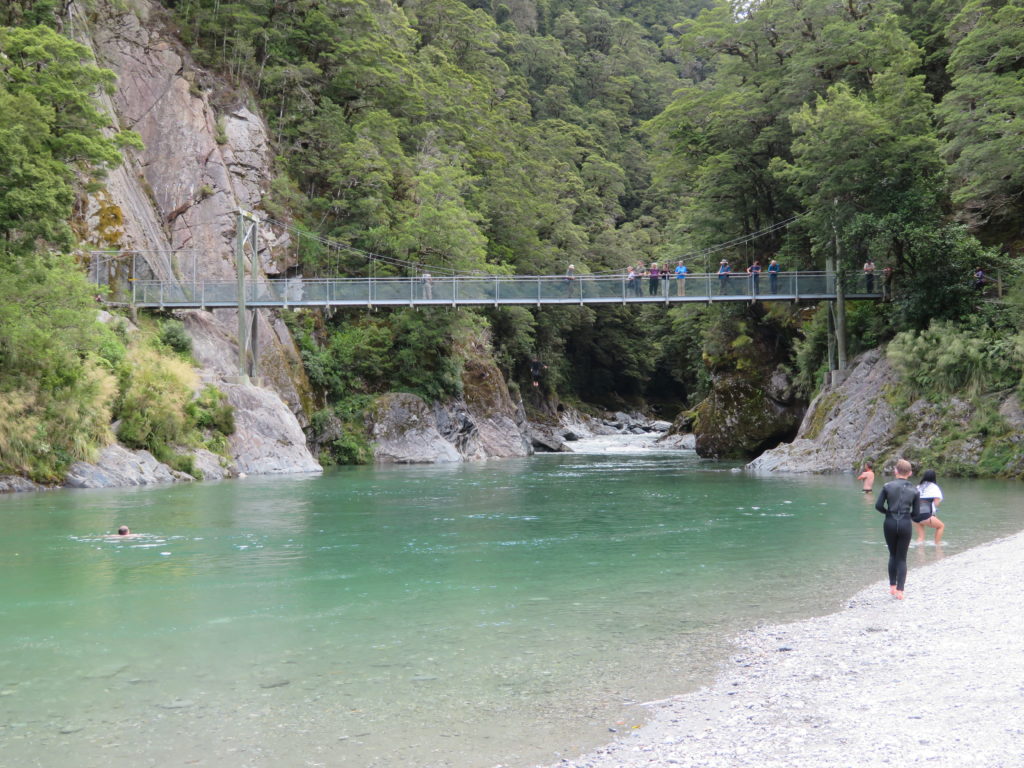 Accommodation: Wanaka. If it’s booked out – Cromwell or Alexandra. I had to stay in Alexandra at it was New Years Eve. Was actually a decent sized town!

Be prepared for a couple of hours drive. If you want to break it up, stop in at Arrowtown outside of Queenstown. Or you could do one of Wanaka’s many walking trails before starting your drive. 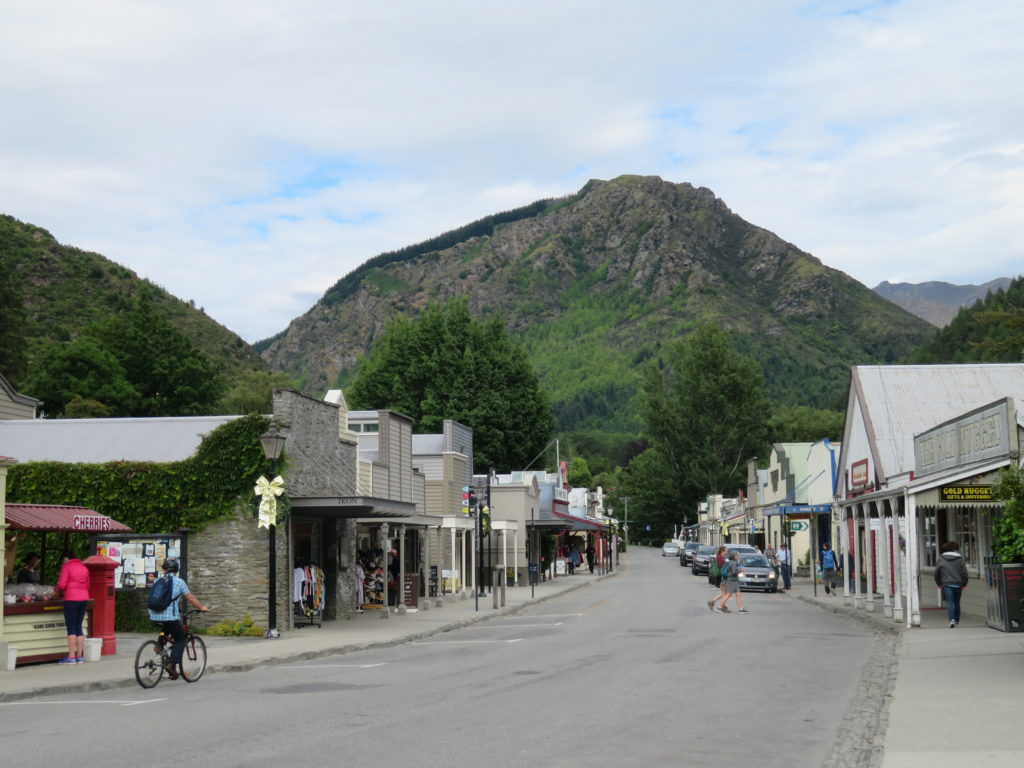 After arriving at Te Anau, do the glow-worms cave tour if this is something you’re interested in. Apart from that there isn’t much to do in Te Anau.

If you only want to see the more well known Milford Sound you could skip this day and add another day in Queenstown, or Wanaka or go home early etc. however I actually preferred Doubtful Sound to Milford Sound. I’ll be doing a proper comparison post soon if you need help deciding which one to go to.

There is only one tour company doing Doubtful Sound tours (Real Journeys – they also do Milford and the Glowworm Caves) which depart from Manpouri – about 20 min drive from Te Anau.

The reason I preferred Doubtful Sound was that it was bigger. It’s a full day trip involving a boat trip across a huge lake (which is deeper than Milford), a bus trip through the forest and then another boat trip out to the very edge of New Zealand where the Sound meets the sea. There were sea lions, tons of waterfalls and massive, massive mountains on either side. Because there’s only 1 tour company with boats we never saw anyone else the entire day. Maybe I’m bias and found it more spectacular as I did it first.

You can’t really understand the scale until you see it in person! 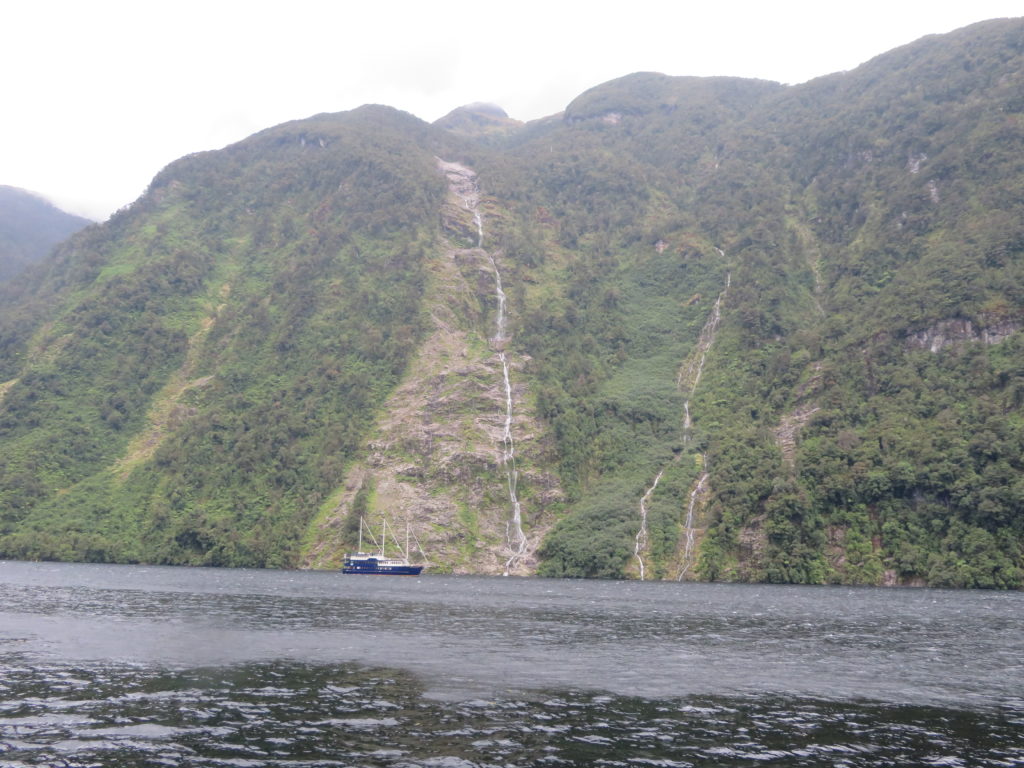 Accommodation: Te Anau (I stated at the Shakespeare House Bed and Breakfast – wasn’t too bad but a bit pricey for what you got)

We left at 8:30am and were booked on the 3pm boat. This was the perfect booking time as most of the tour buses from Queenstown do the lunchtime boat trip so the later tours are less crowded.

We ended up getting there an hour / hour and a half early. We stopped at basically every single stop along the way and only had to wait 5 min at the Homer Tunnel (supposedly can be a 20 – 30 min wait sometimes). So if you just want to see the highlights you could leave a bit later.

One of the pros of doing it yourself rather than an organized bus tour is that you can choose what places to stop at and can wait for the many tour buses to leave and get your photo.

You’ll need to be on the lookout for each stop and some of them aren’t well sign posted so you’ll need to pull over suddenly. There is no phone reception for most of the trip so make sure you grab a map (or download one off the internet) that has the tourist stops marked on it.

Tip: the mirror effect at the Mirror Lakes was better in the late afternoon sun than the morning sun (I visited during summer). 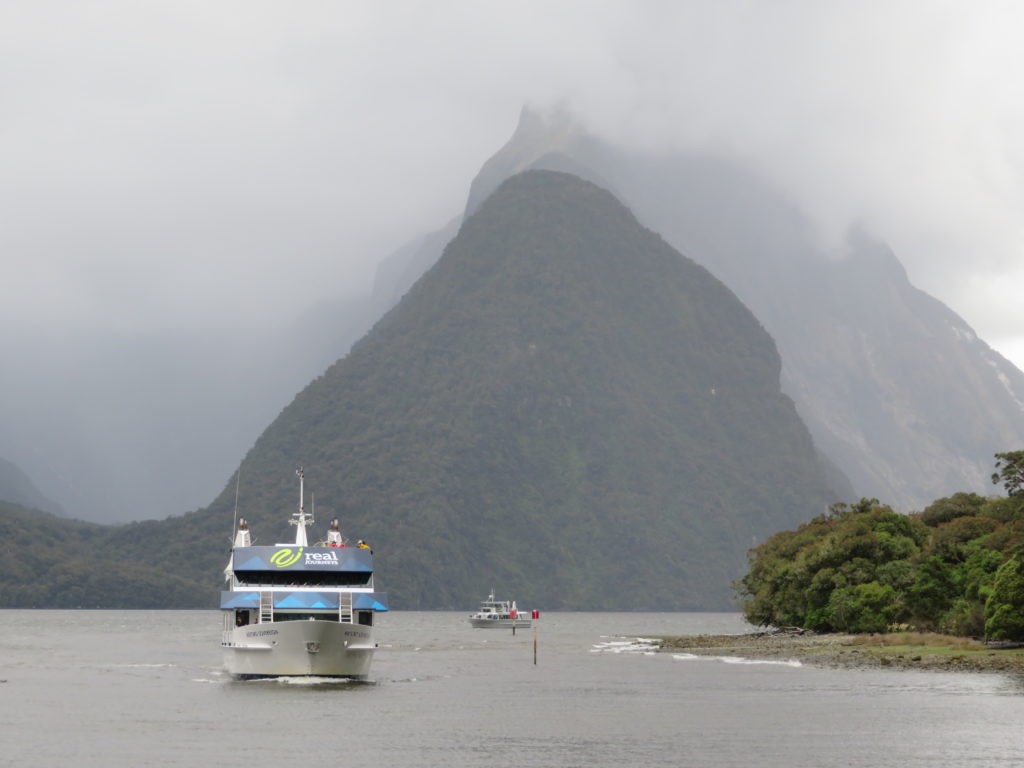 Head back to Queenstown stopping at the Devil’s staircase and the many other lookouts on the way back.

Before you go to Queenstown itself, head behind it for one of the most scenic views of your life. Turn off of Kingston Road and take the road up to Zorbit / the Remarkables Ski Area. In winter you’ll need snow chains to drive this road, it also switches from bitumen to gravel. The SUV hire car was struggling by the time we neared the top of the mountain so I wouldn’t recommend going beyond the bitumen part if you’re in a small car.

Also, the road is very tight, winding and was extremely windy so drive slowly. 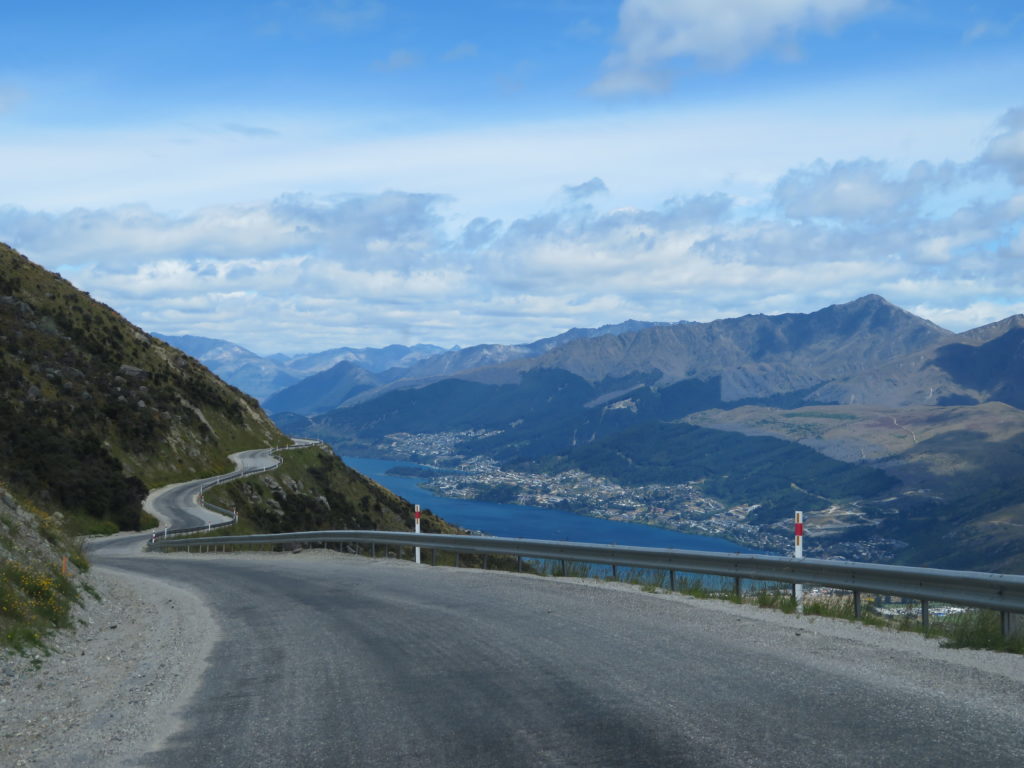 Accommodation: Anywhere near the centre of Queenstown within walking distance is good. If you stay farther out keep in mind that parking is limited. I stayed at the Melbourne Lodge Apartments. The room was huge, had a fridge and small kitchen as well as a guest lounge with free wifi (which I took advantage of after checking out as I had a late afternoon flight!)

There are so many things you can do in Queenstown but if you’re a little less adventurous (like myself) about a half day is all you’ll need to see Queenstown (the town) and do some shopping. Make sure you visit Cookie Time and Mrs Ferg Gelateria. I considered doing the Skyline Gondola as photos on the internet show it has a great view, but it’s very expensive and it didn’t look like it was that high up when you see it from the town. Plus I didn’t think it was going to beat the view from the Remarkables so opted to skip it.

Instead, I headed to Glenorchy for the afternoon. It has the typical lake, mountains and winding road so I don’t think it’s a must do – especially if you’ve road-tripped from Te Anau. There isn’t much to see once you get to Glenorchy either – I probably only spent an hour there in the end. 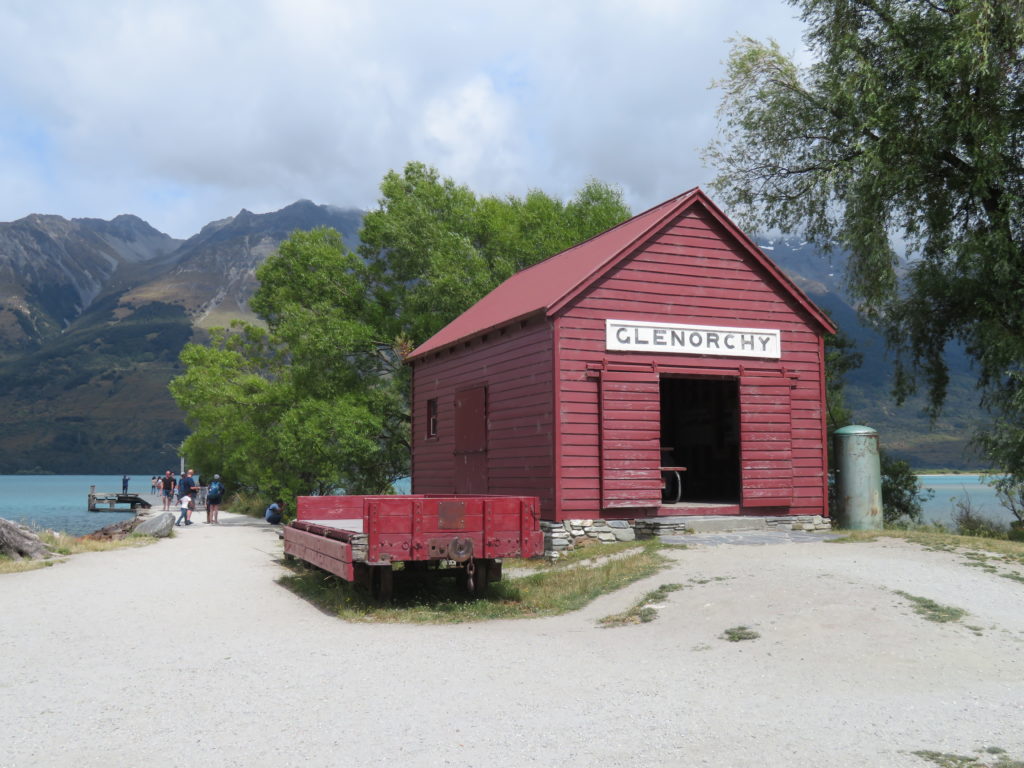 If you visit in winter you may prefer to spend a day on the slopes. Other things in Queenstown are the Ice Bar, bungee jumping, walking trails, Arrowtown, jet boating etc.

If you like viewpoints, head to Crown Range Road past Arrowtown (you may prefer to do this on your way into Queenstown). Another winding road but as always – the best views are at the other end! 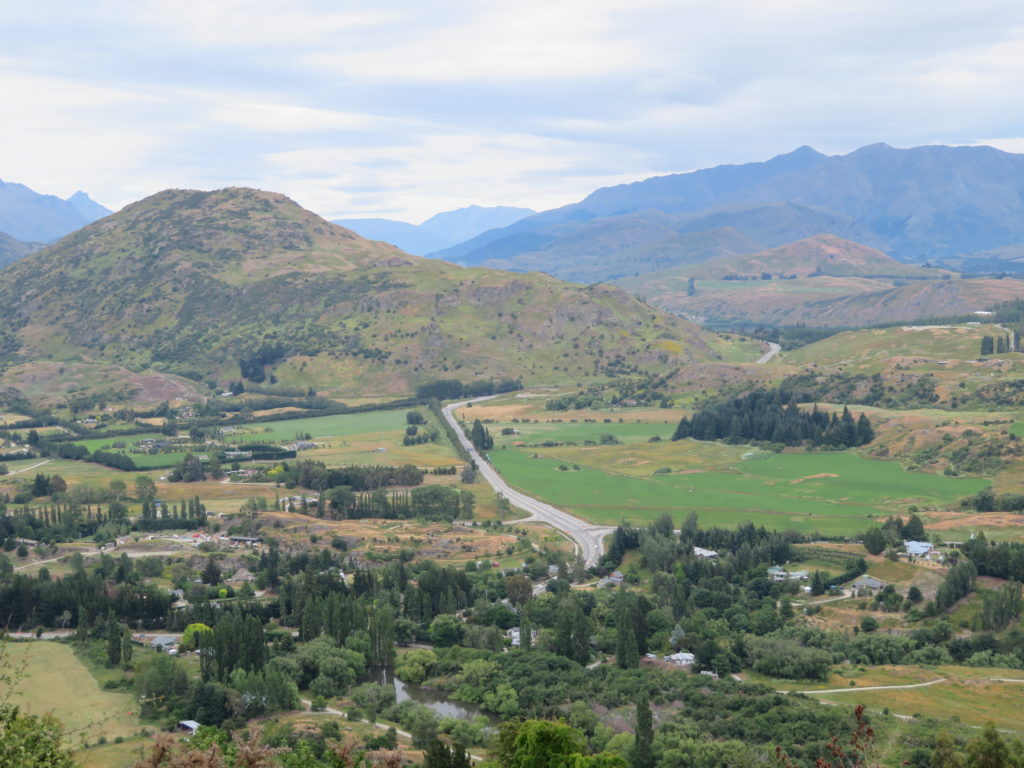 Another viewpoint option is Coronet’s Peak.

Spend the morning in and around Queenstown before heading to the airport (only about 15 minutes from town). 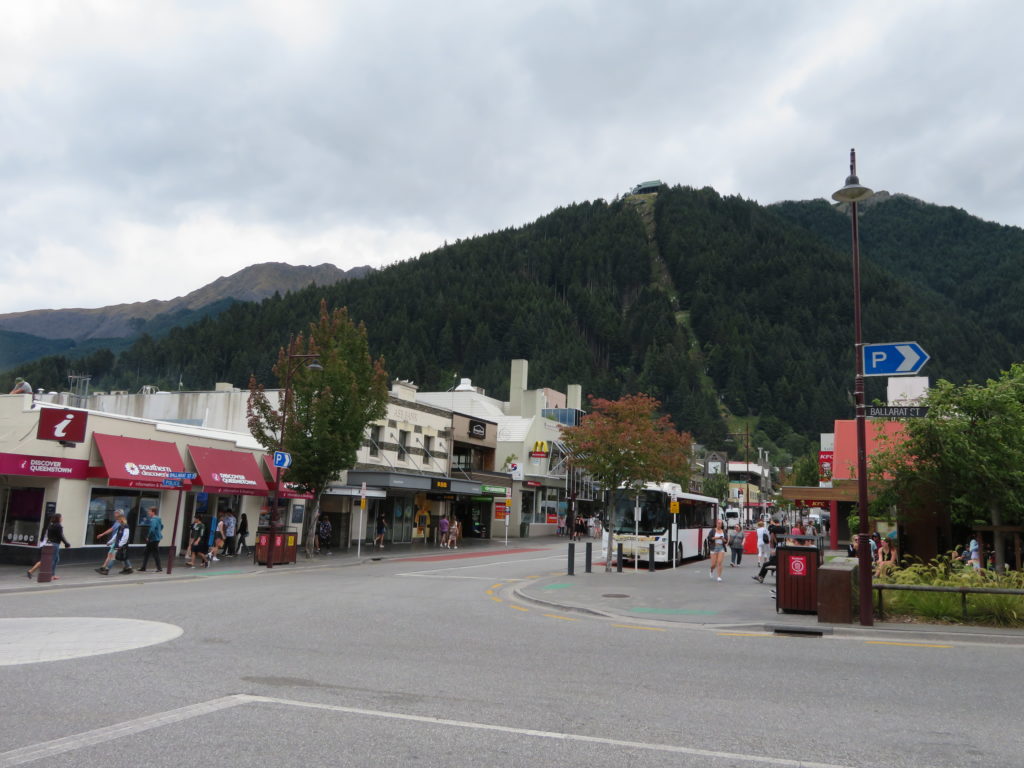 There are so many more places to see in New Zealand’s south island like the Fox Glacier, Dunedin, Invercargill down the very bottom, Arthur’s Pass in the North etc. you could easily extend your trip by a few days or a week if you want to see it all!

Want to plan your own road trip? Download the spreadsheets I use to plan my holidays here 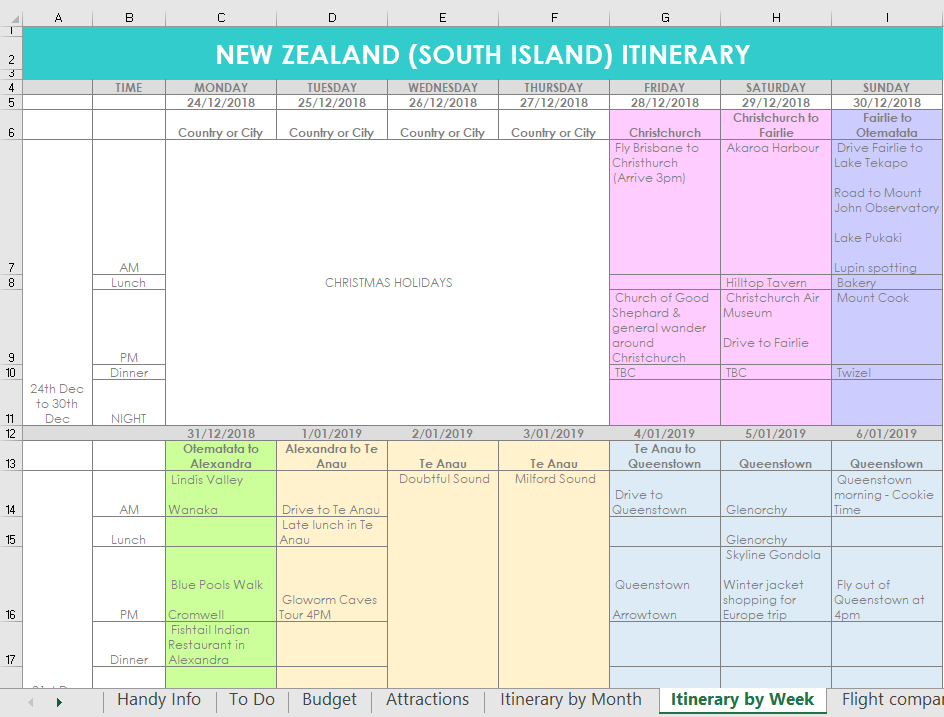