Rottnest Island is a relatively unknown tourist destination (even to Australians). Just a short ferry from Perth and you’ll arrive at this beautiful island! 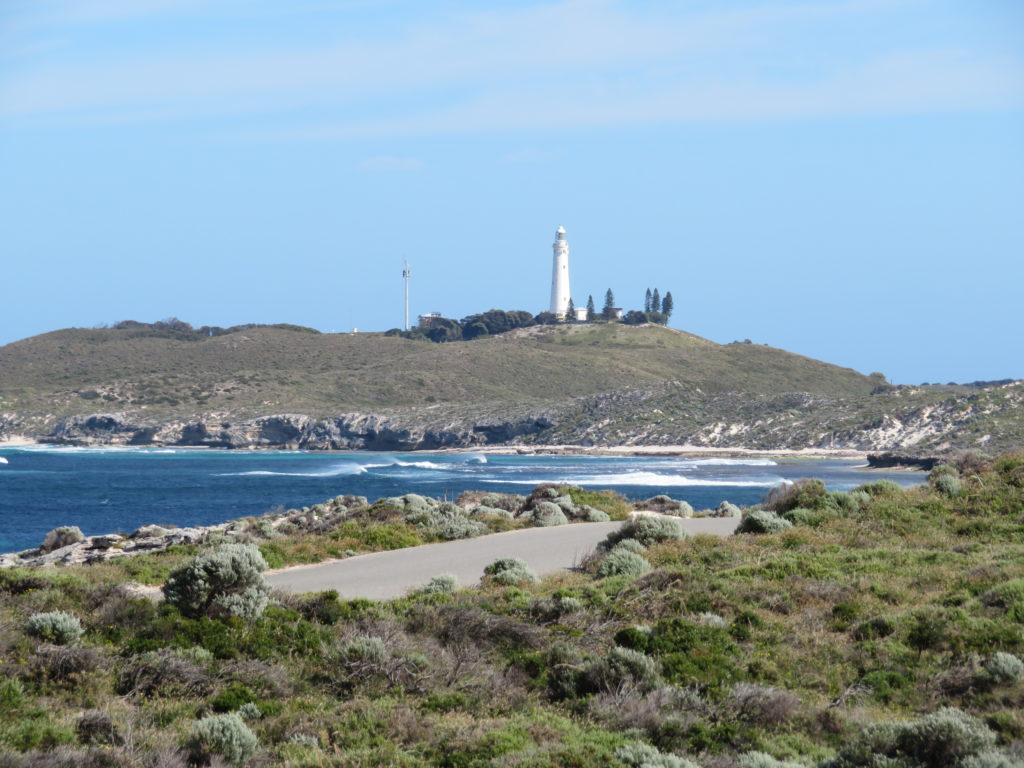 The island is only 45 minutes by ferry from Perth. If you’re visiting Perth – put this at the top of your list!

Getting around the island

The island is small and can be done in 1 day. I took the 7:30am ferry departing Rottnest at 4:30pm. This was sufficient time to see the best parts of the island with about 30 – 60 minutes spare (wish I’d stopped at Ricey bay).

Things to see and do

One of the first stops on the bus route this little bay is not to be missed. The white sands, clear turquoise water = <3 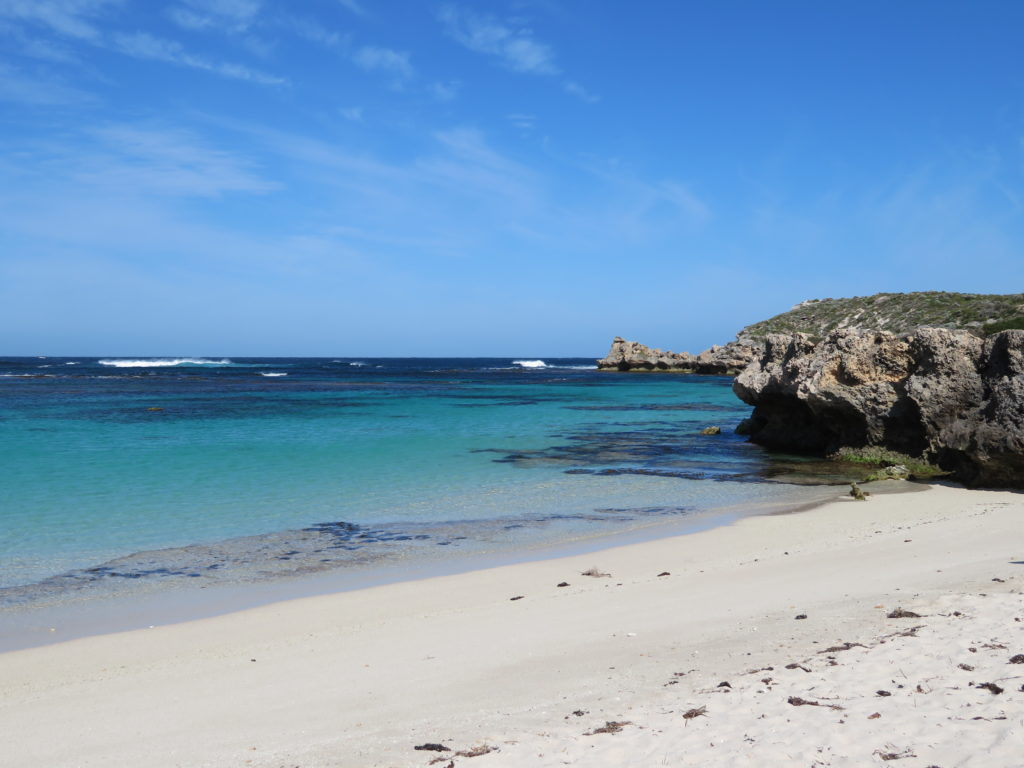 In this area is where I took one of my favorite photos from my visit:

Do not underestimate the distance between each bus stop – it’s slightly too far to walk (especially in the heat). After Salmon Bay head to Wadjemup Lighthouse on the bus. 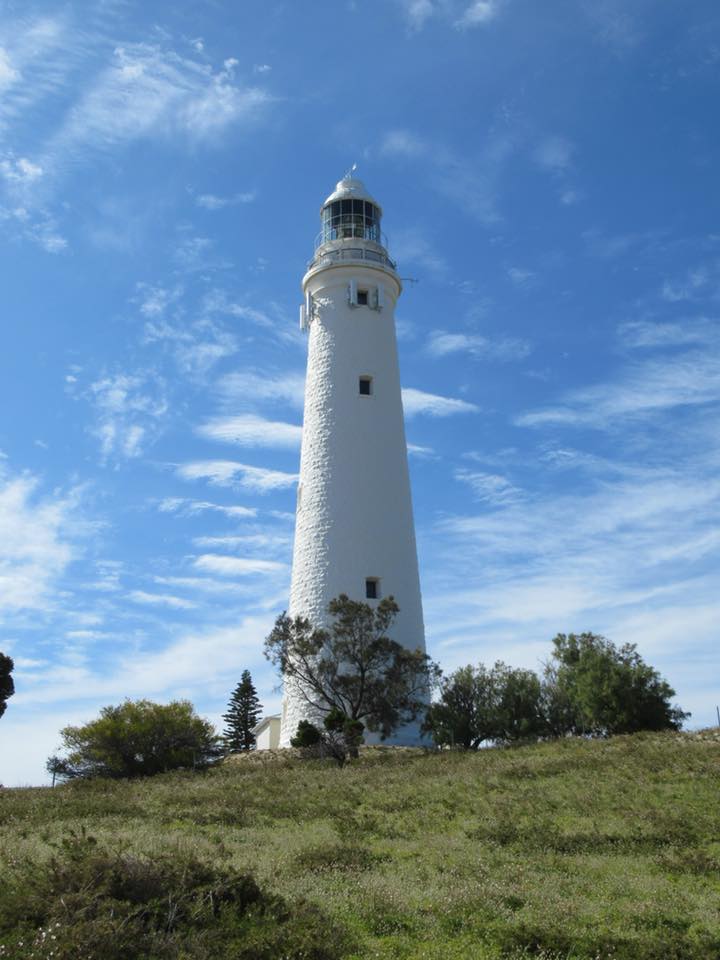 There is a 360 degree view from the top of the lighthouse (you have to pay a small fee to go up it). Unlike most lighthouses the steps are in the centre not the perimeter and have rest stop platforms so you don’t get super dizzy walking up. 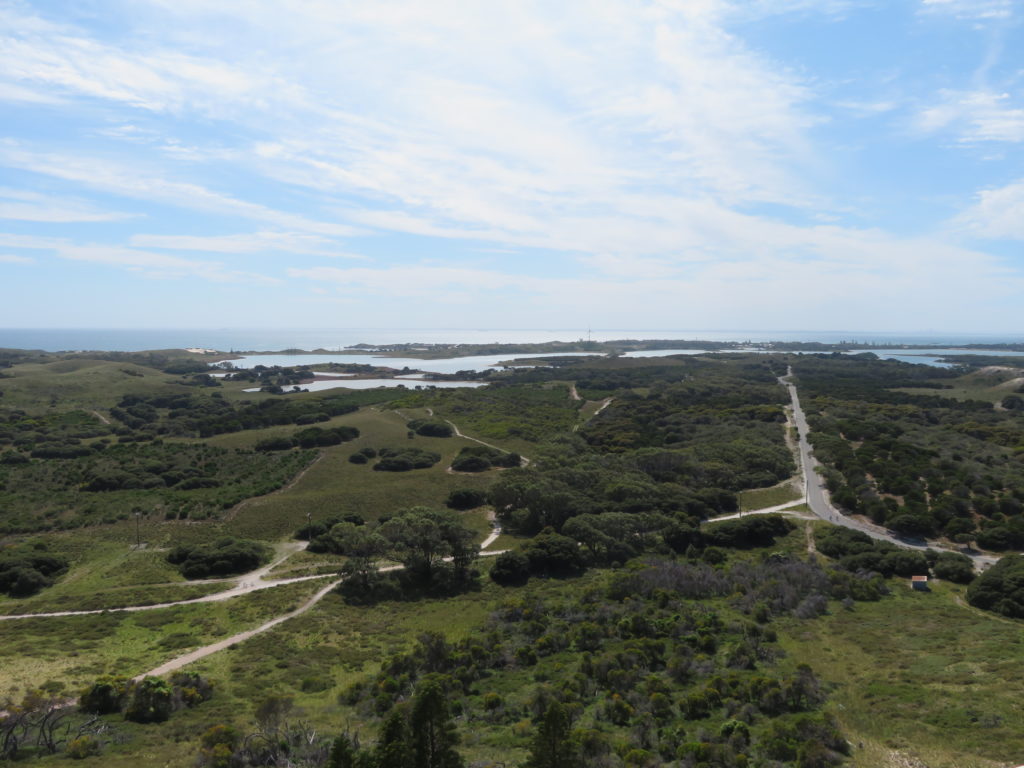 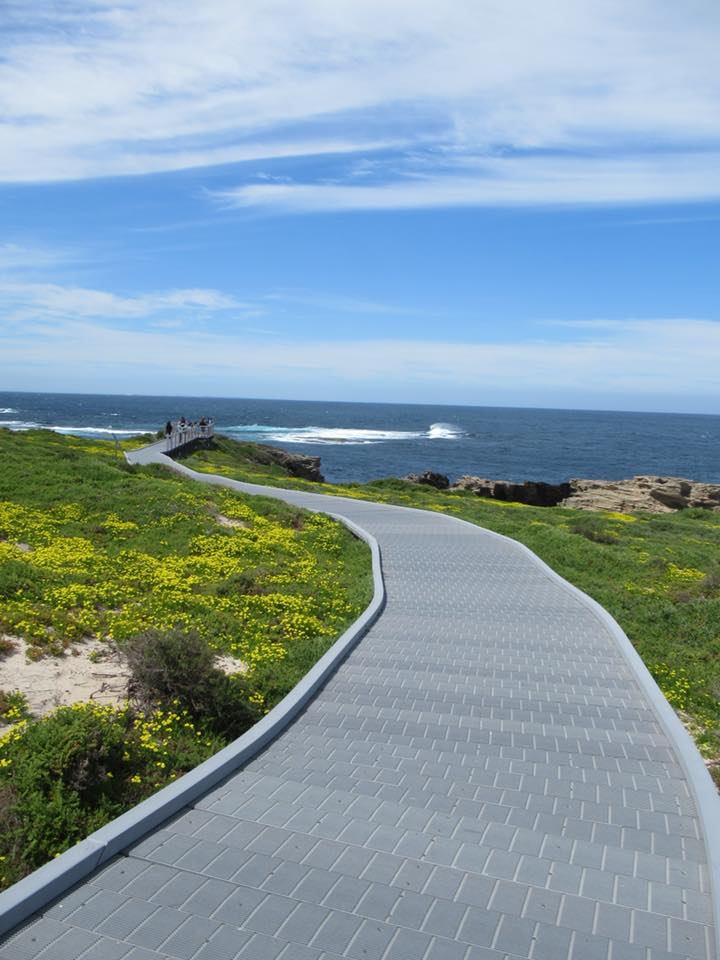 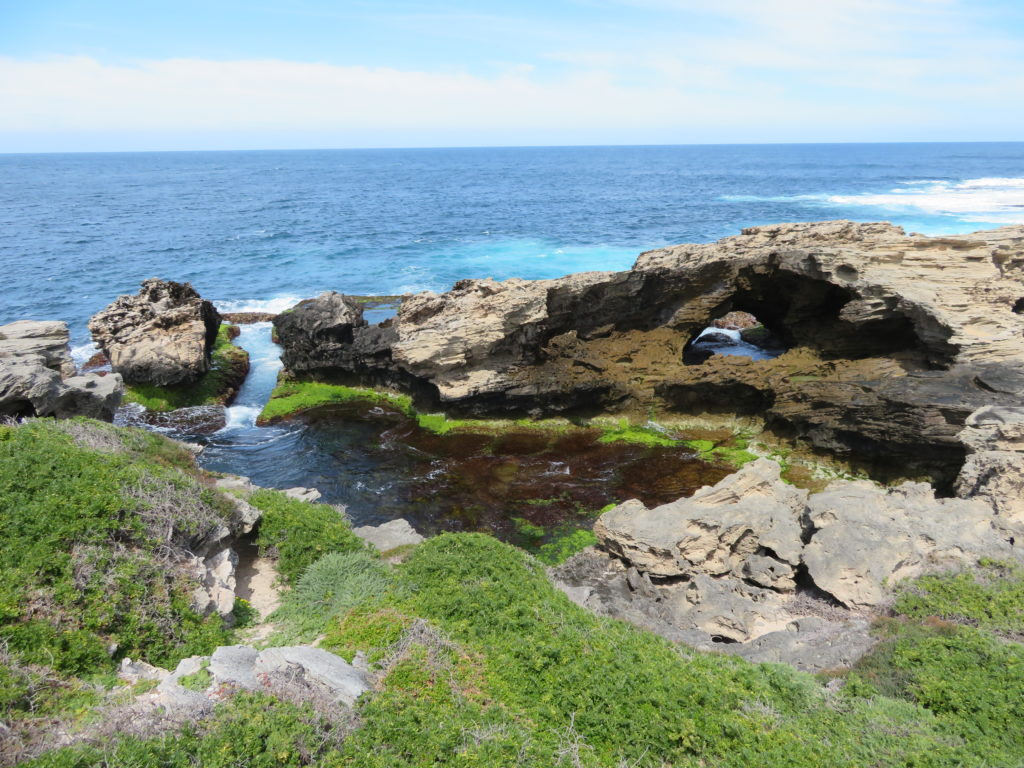 Reminded me of Capri! 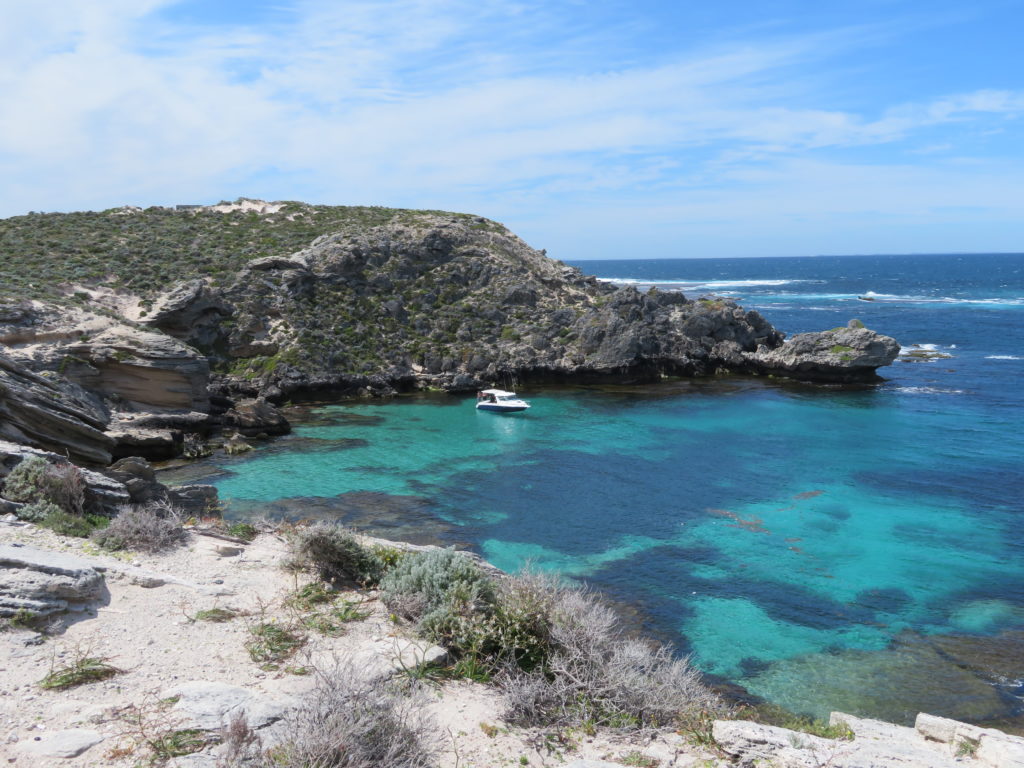 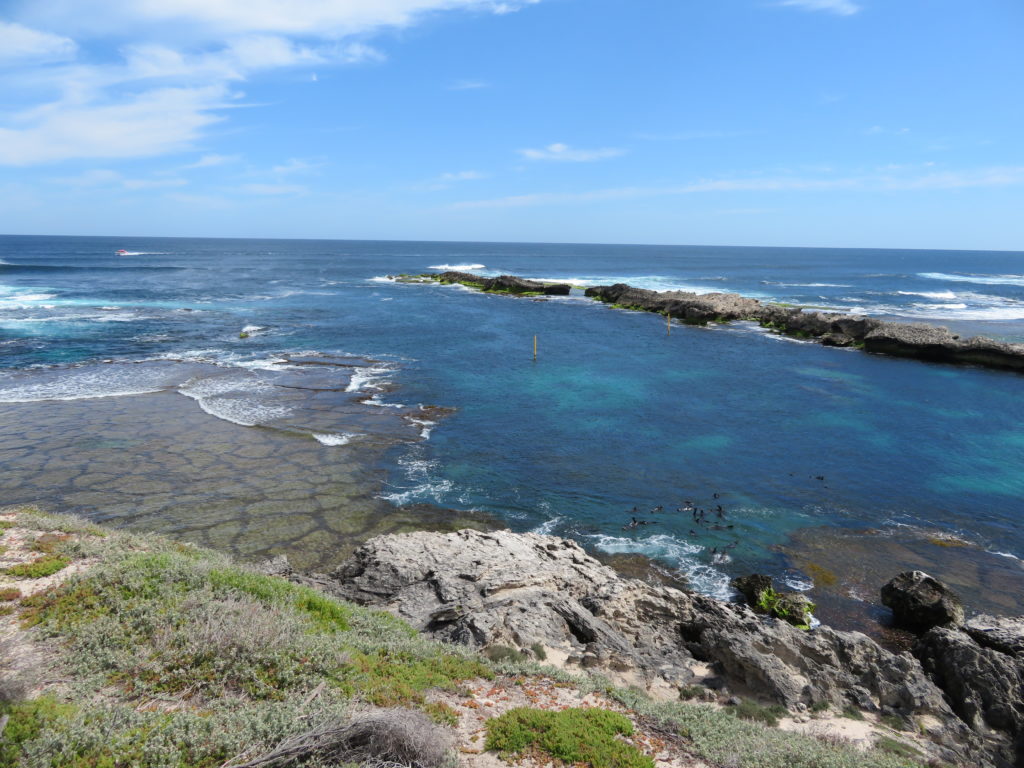 Not only is the island beautiful, it’s also home to adorable Quokkas! 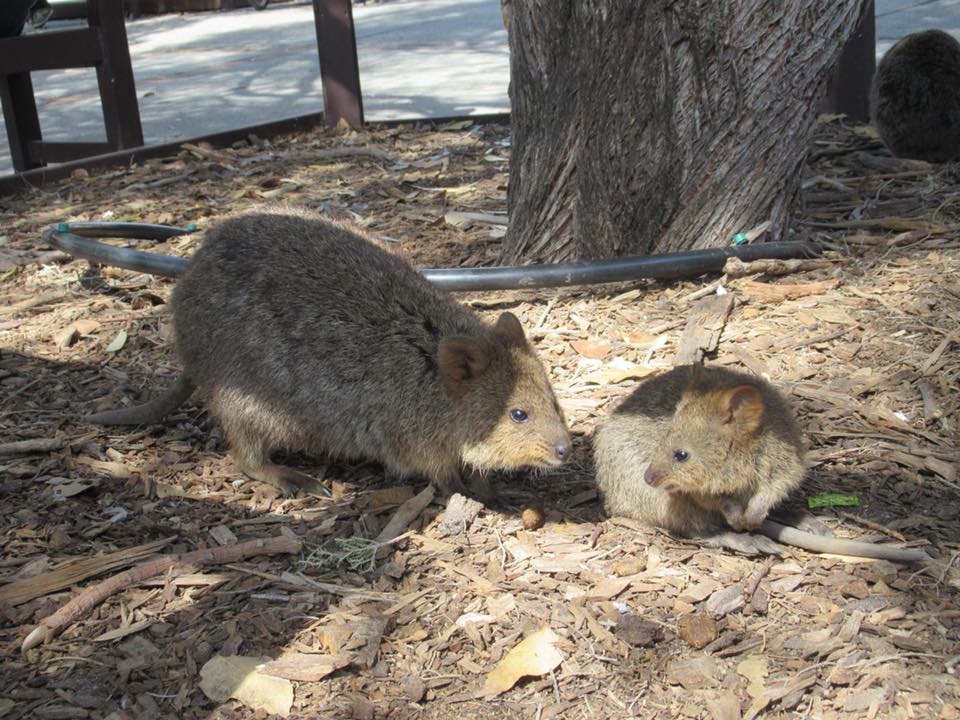 Most quokkas are near the settlement (shops and accommodation that you’ll see first thing when you arrive on the island). 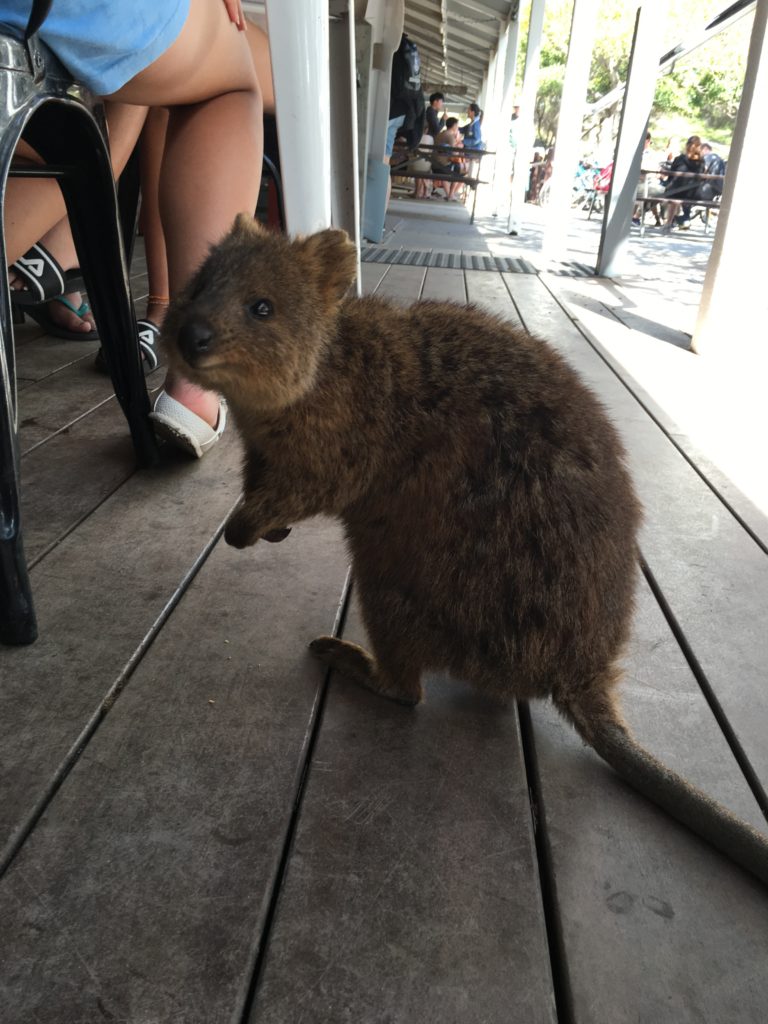 This is when super zoom on a camera comes in handy! 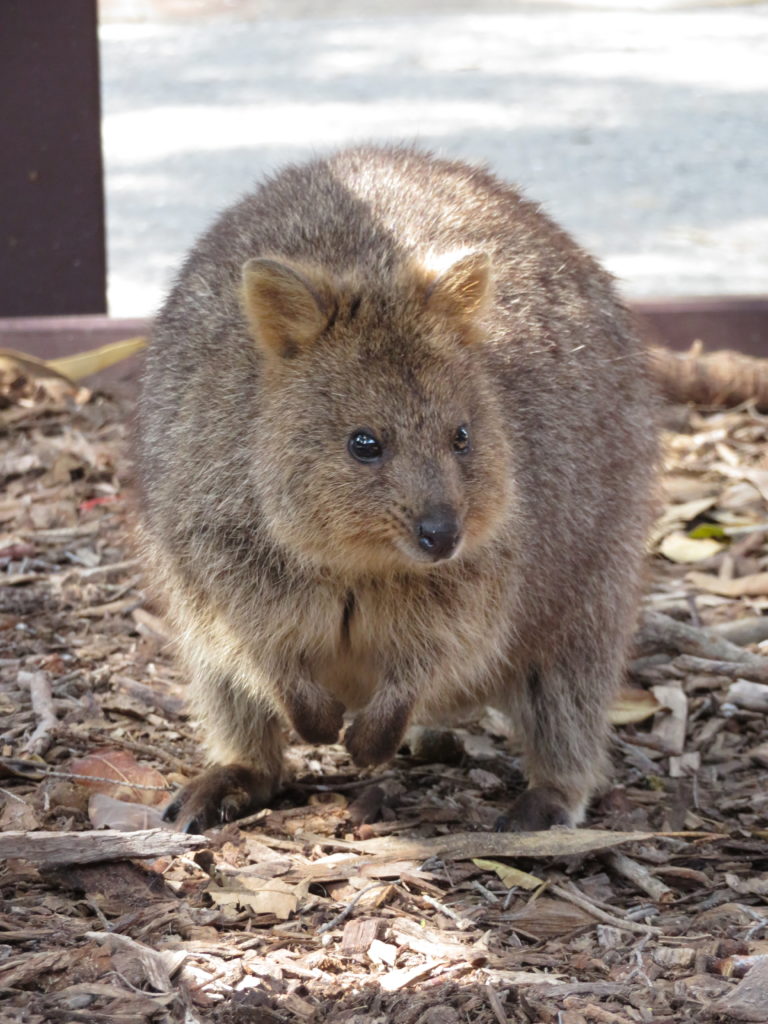 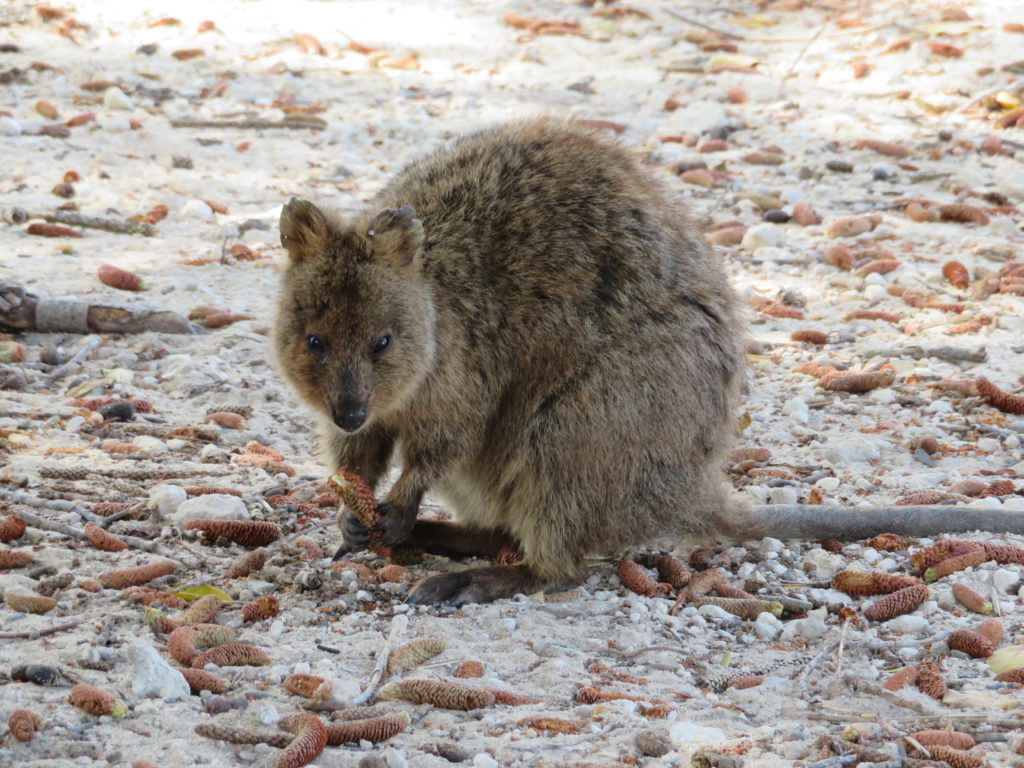 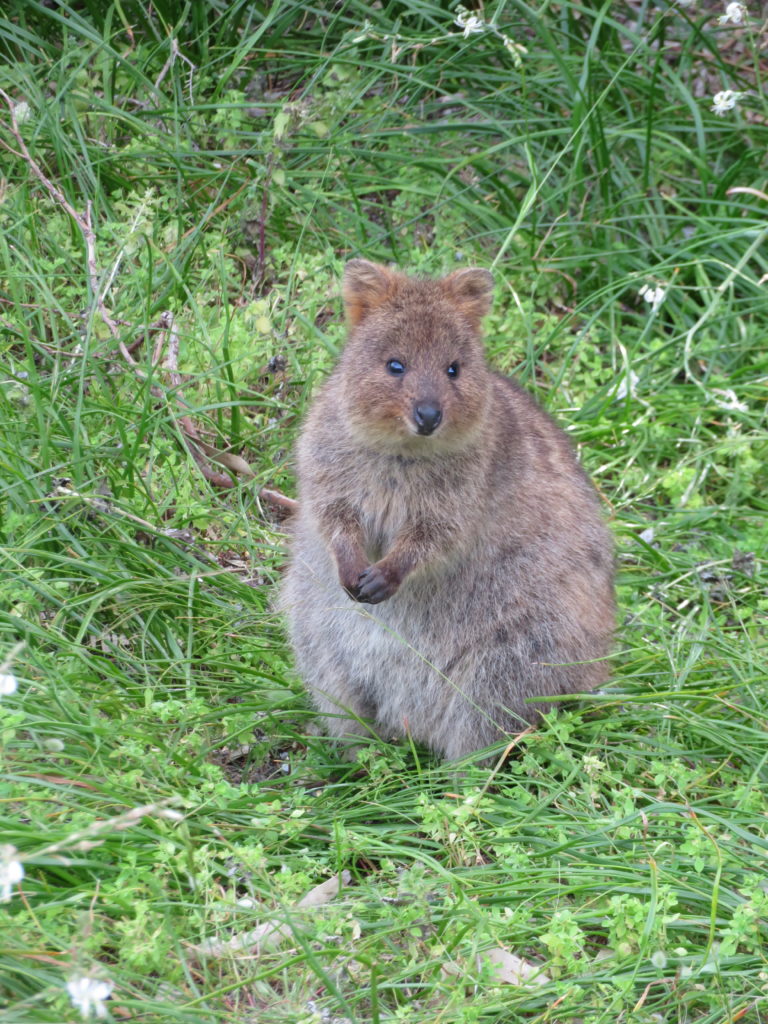 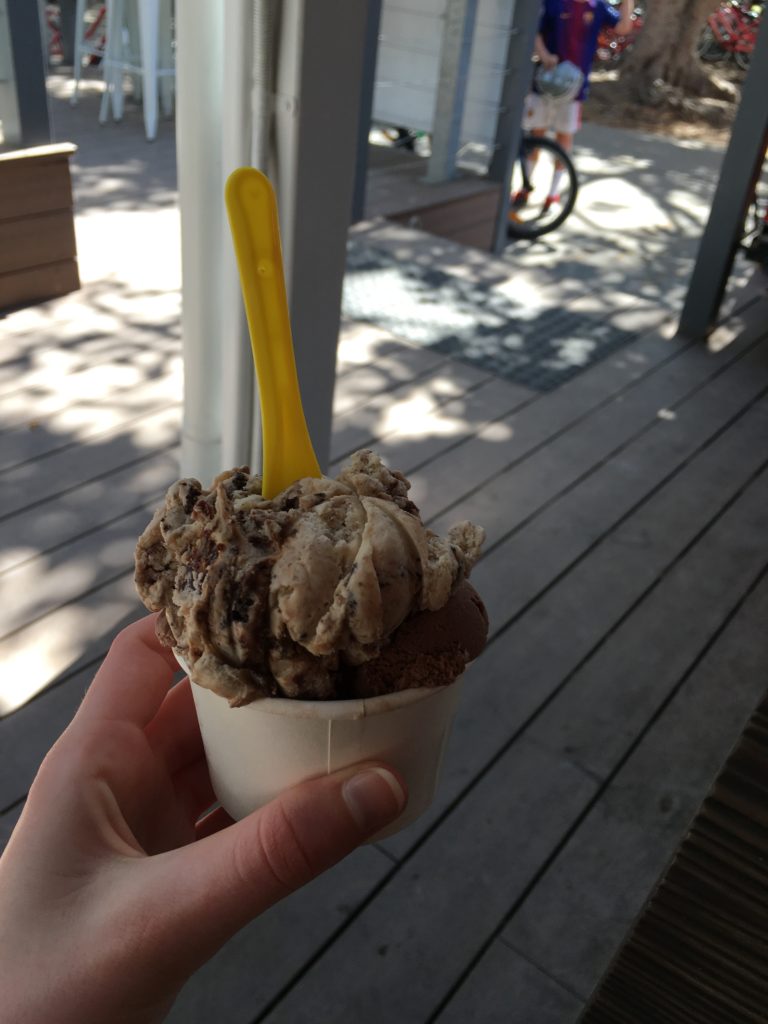 How to get there:

It’s approx. 45 min boat ride so bring an e-reader or portable charger for your phone.

I used Rottnest Fast Ferry’s. One of my sisters’ lives in Perth so was free all day parking and easier to go from Hillary’s than Freemantle where most tourists staying in the city leave from (and which has paid parking). 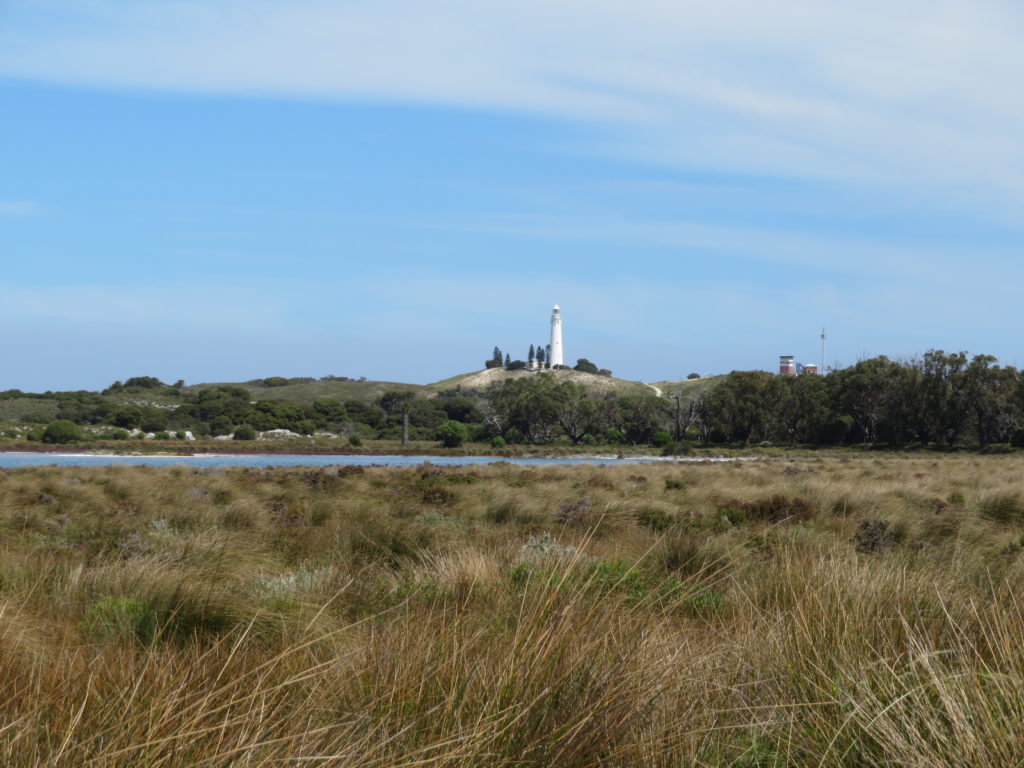 How much time do you need?

You only need 1 day. It’s too expensive to stay overnight, there’s less than 5 food places, groceries are very expensive, it’s a hassle to get luggage across (as it has to come via the ferry) and don’t need more than a day anyway. You likely have limited time in Western Australia and it’s be better to spend it going to Margaret river or on another day trip to the Pinnacles.

You can hire a bike but you won’t be able to get around the island in a day. 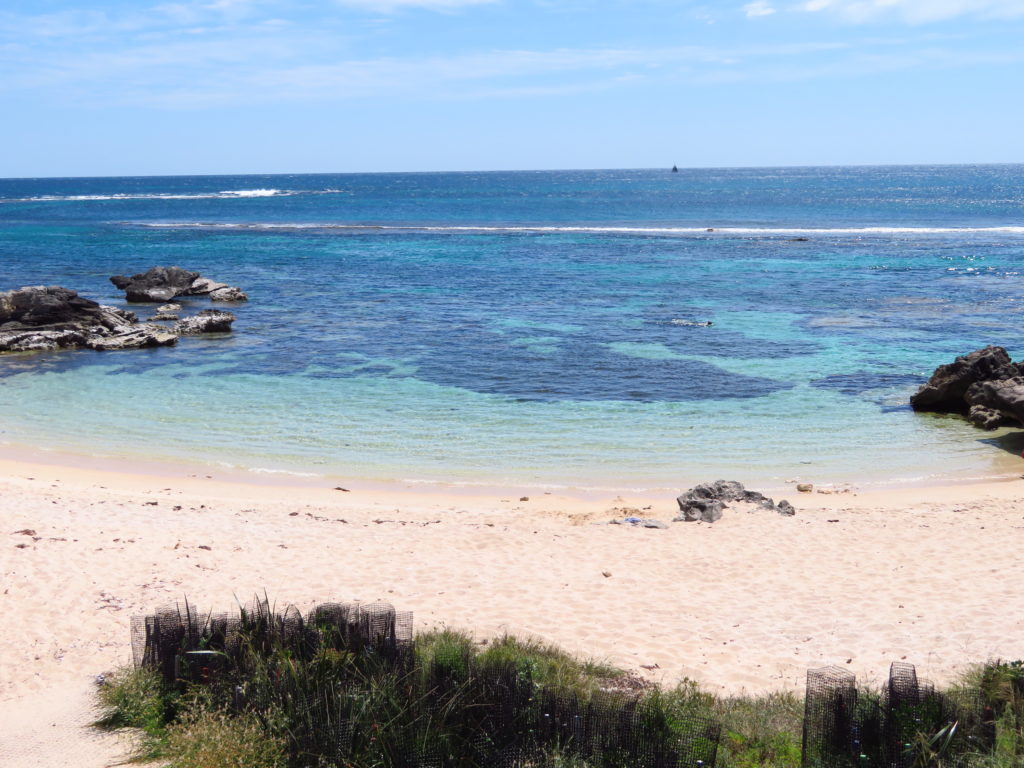 This is the schedule I planned (I generally stuck to it)

I could’ve added Ricey Bay to the list but I didn’t realise the Settlement would be so small (literally has like 5 shops).

If you have more time Oliver Hill has an old war gun, a lookout and there are some tunnels underneath the island as well. 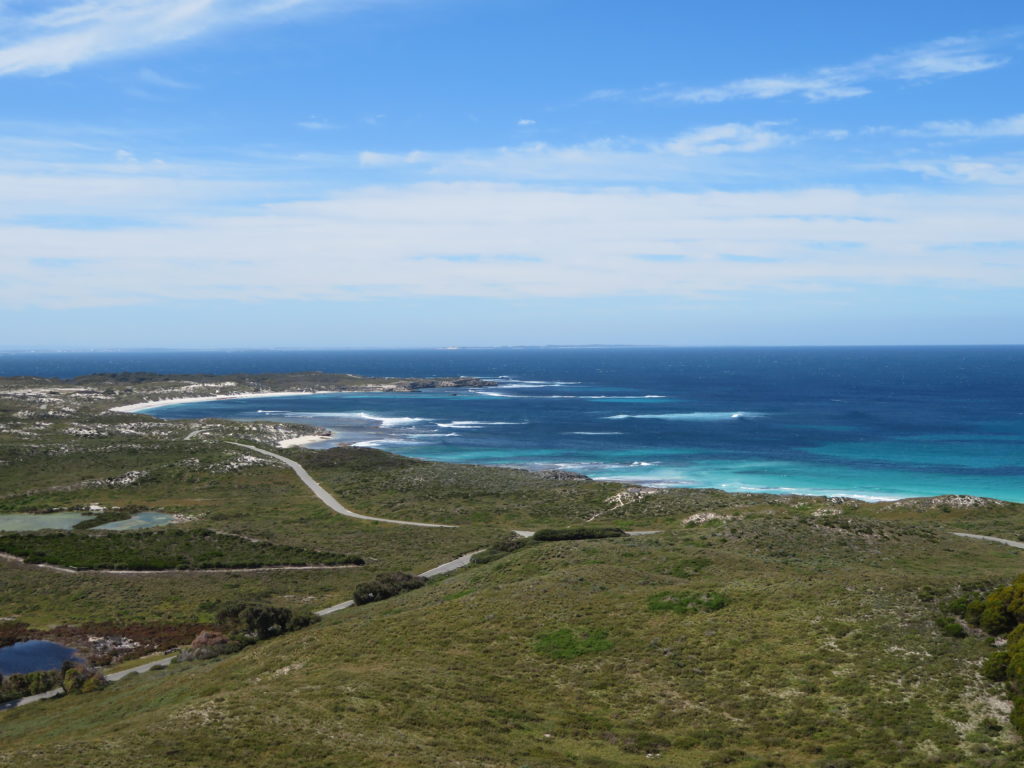 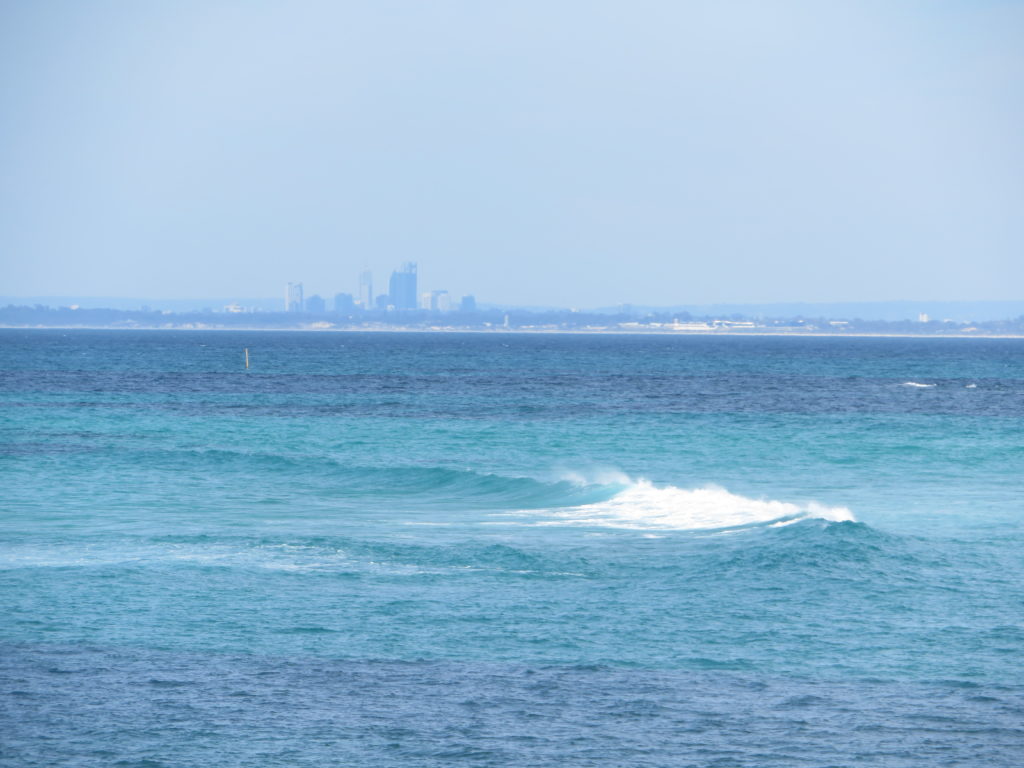 Would I go again?

You only need to visit once. I visited at the end of September – the weather was great. Not too cold and not too hot (by Perth’s standards), it was a clear sunny day.

Planning a trip to Perth? The Pinnacles is another day trip option from Perth.