Copenhagen is a good stopover city on the way to somewhere else – the airport is only 15 minutes via train (just note it may take you 30 minutes to find the train & the right platform like I did!) The train should cost 38 DKK, one way.

It was a choice between a 5 hour layover before flying to my final destination (Finland), or spending a few days in the city. Since this 5 hour layover and flight would be following the 24 hours in transit it takes to reach Europe from Australia, I opted for a 2 day stopover. It turned out to be just the right amount of time to see Copenhagen which is actually quite a small city!

I find most pastries in Europe to be dry and bland with the exception of the Sngel. This sticky, yummy cinnamon roll is still the best European pastry I’ve ever had.

I went to Lagkagehuset (open from 7:30am) – opposite Tivoli food hall and not far from the main train station.

The canal boat tours typically start from 9:30am. Unless you’re visiting during peak tourist seasons (Summer, Winter, school holidays), then I wouldn’t bother pre-booking. Just head to the ticket office a few minutes before the tour you want to take. Most leave on the hour and take 1 hour. 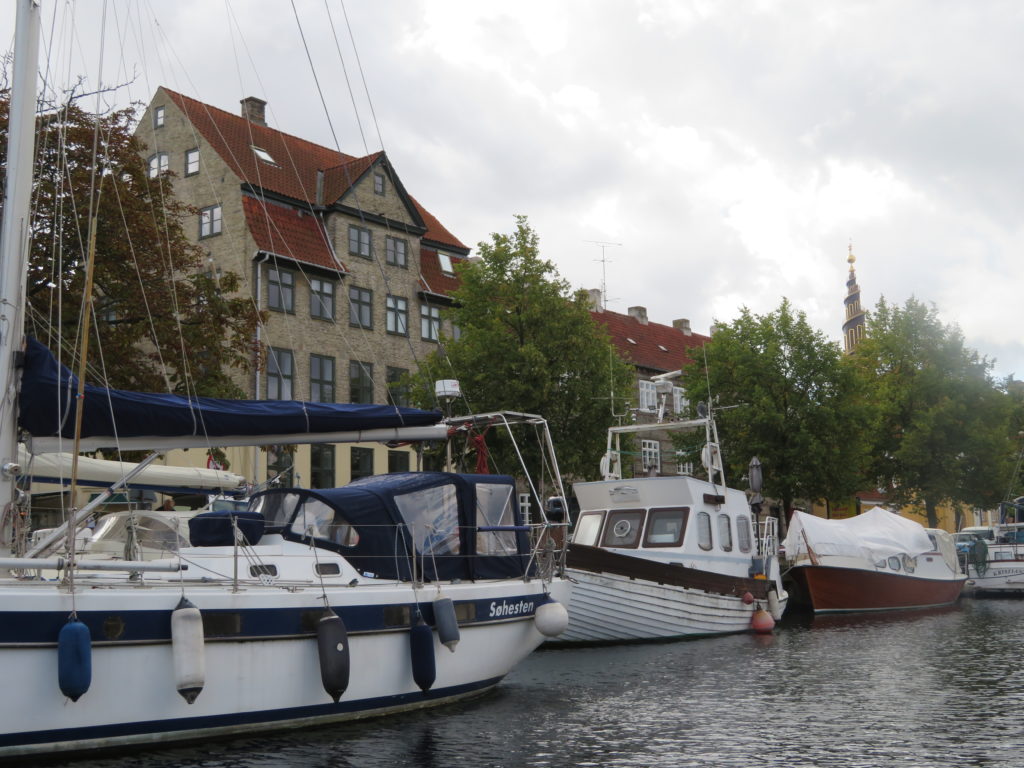 Mind your head, the bridges are low! 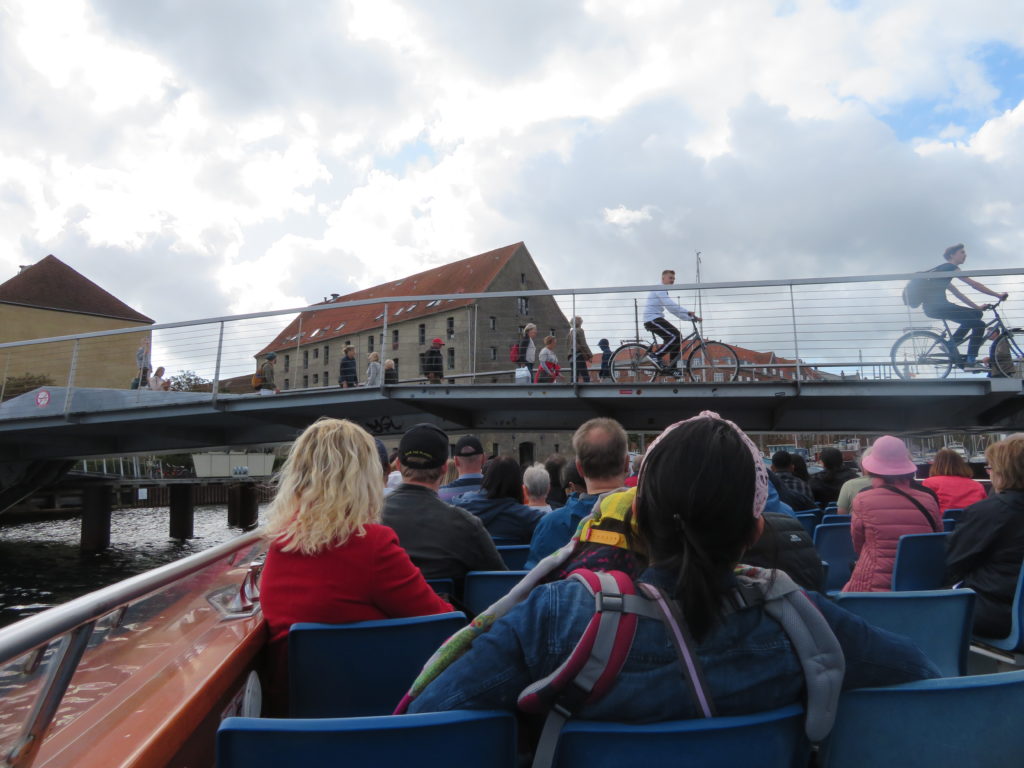 Cost is around 85 DKK per person.

12pm – Take the city hall guided tour to the top for an amazing view over Copenhagen.

Note: 12pm is the tour time offered on a Saturday. If you’re in Copenhagen on a weekday the tours are at 11am and 2pm Monday to Friday.

If you want a free view that’s similar but not quite as good (as it’s not as high up), then do the Christiansbourg Palace view. 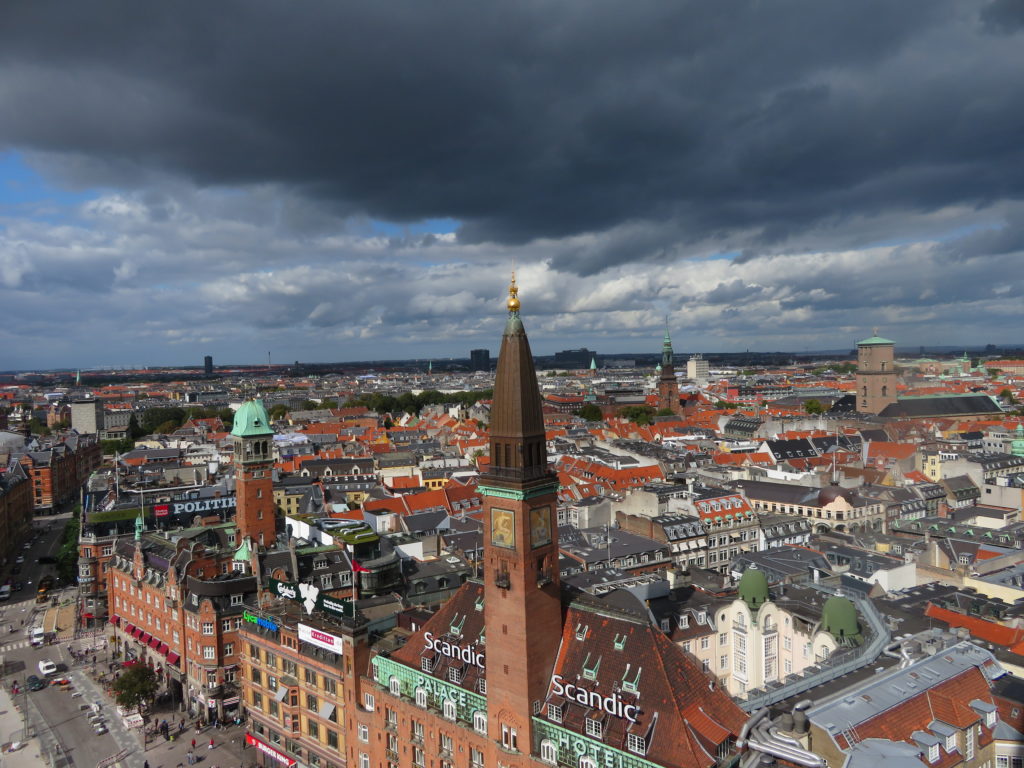 After you take in a viewpoint or 2, have lunch at Nyhavn. This itinerary has you stopping at Nyhavn twice in one day, as the sun rises so does the lighting. If you visit twice you’ll have more photos to choose from. Plus by coming here first thing in the morning you can do the canal tour without the crowds and without the sun on you (most of the boats are open or have a glass roof so it’s easy to get sunburnt).

Nyhavn is a tourist area so yes the food is expensive (Copenhagen is expensive in general)… but the view is nice and it’s a good spot for people watching. If you want to save money, head to a restaurant on one of the side streets. 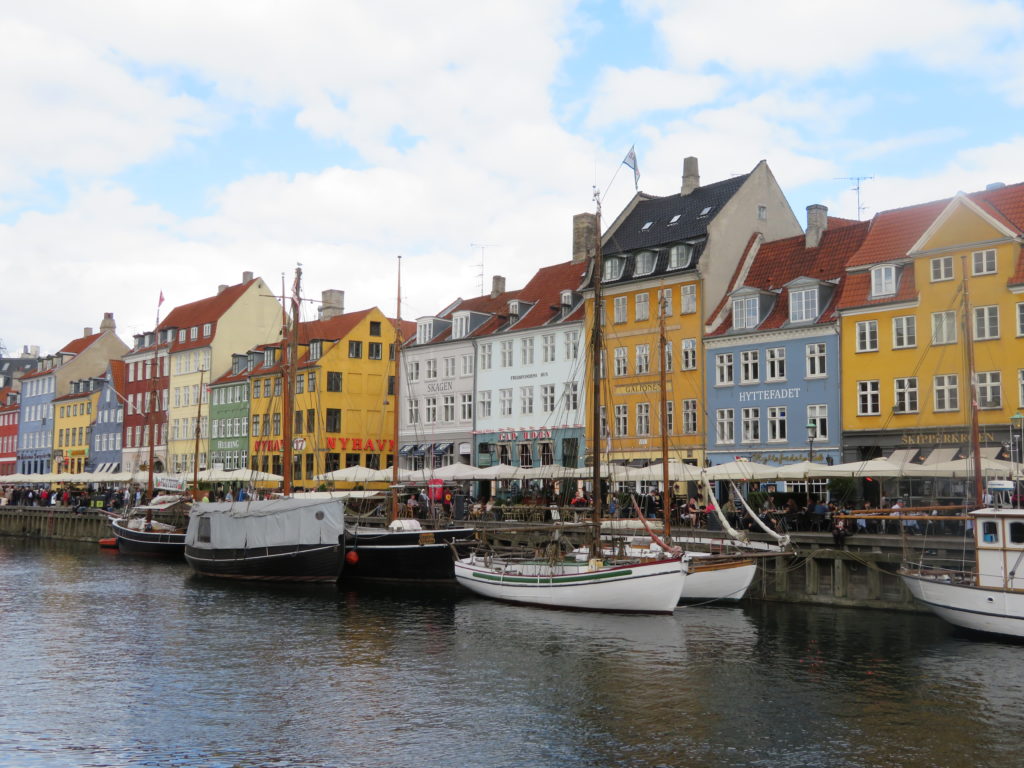 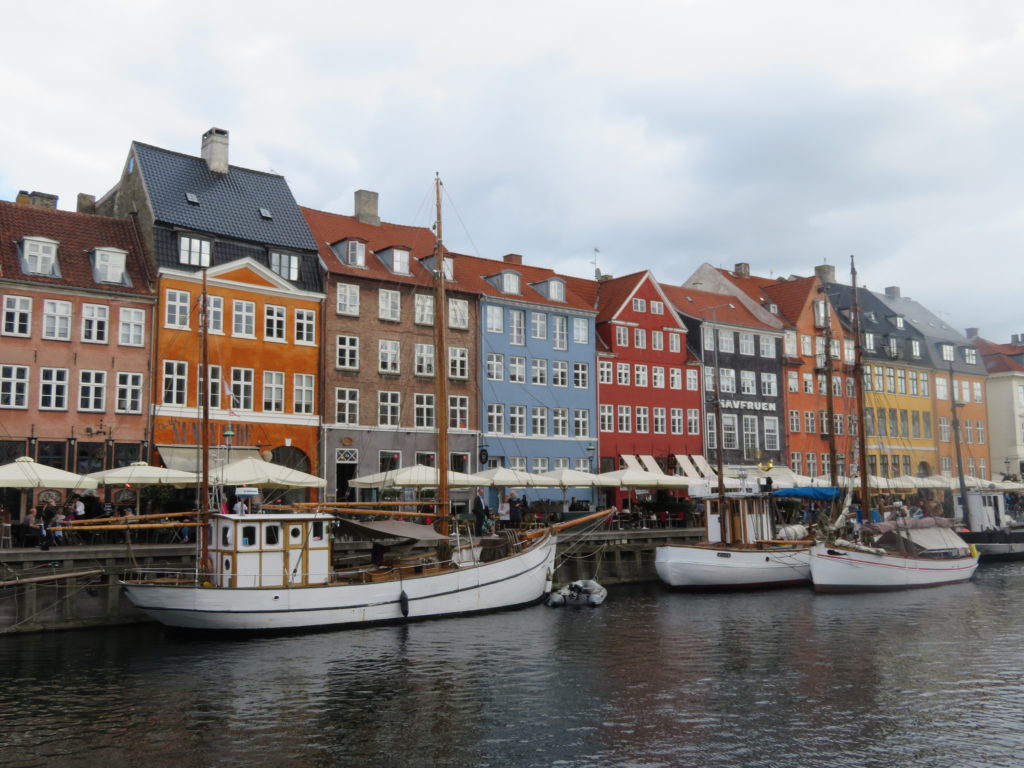 Spend the afternoon shopping, visit a museum, take pubic transport out to Frederiksberg Palace, do some stationery shopping or visit more of Copenhagen’s many viewpoints.

This castle is nice… but very small! The inside was basically empty and a bit dark. There are jewels in the basement but if you’ve seen the crown jewels at the Tower of London, this is much the same. If you have the time, I’d go inside but it looks better from the outside.

Note that anything larger than A4 e.g. a backpack needs to be put in a locker while you do the tour. 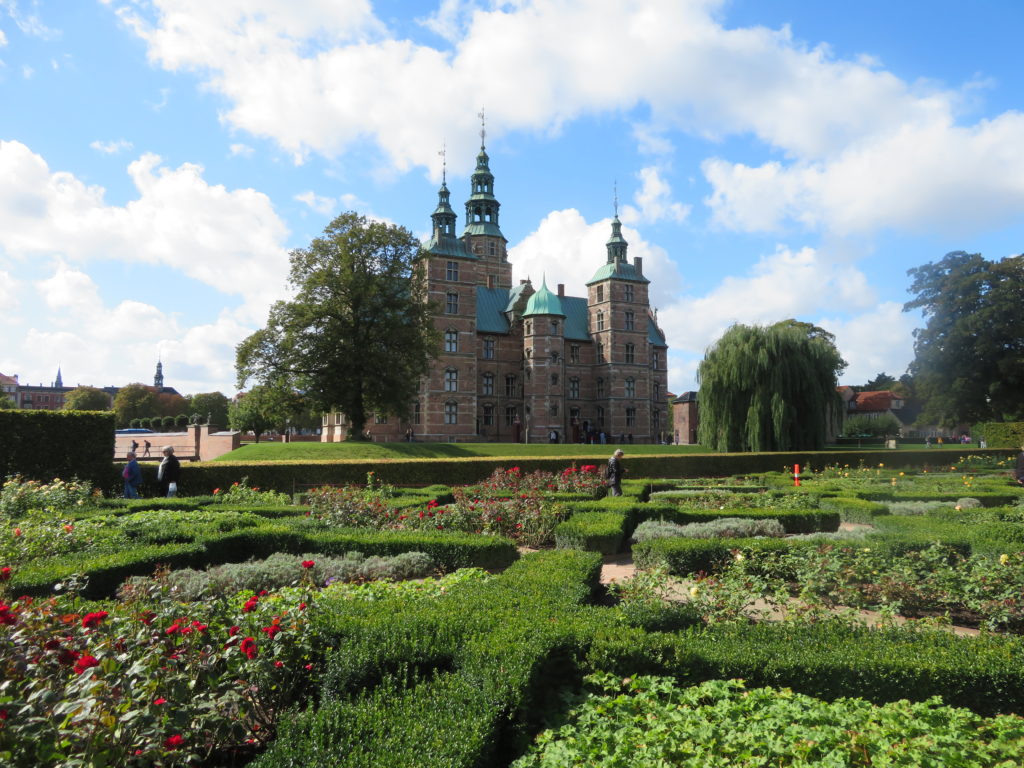 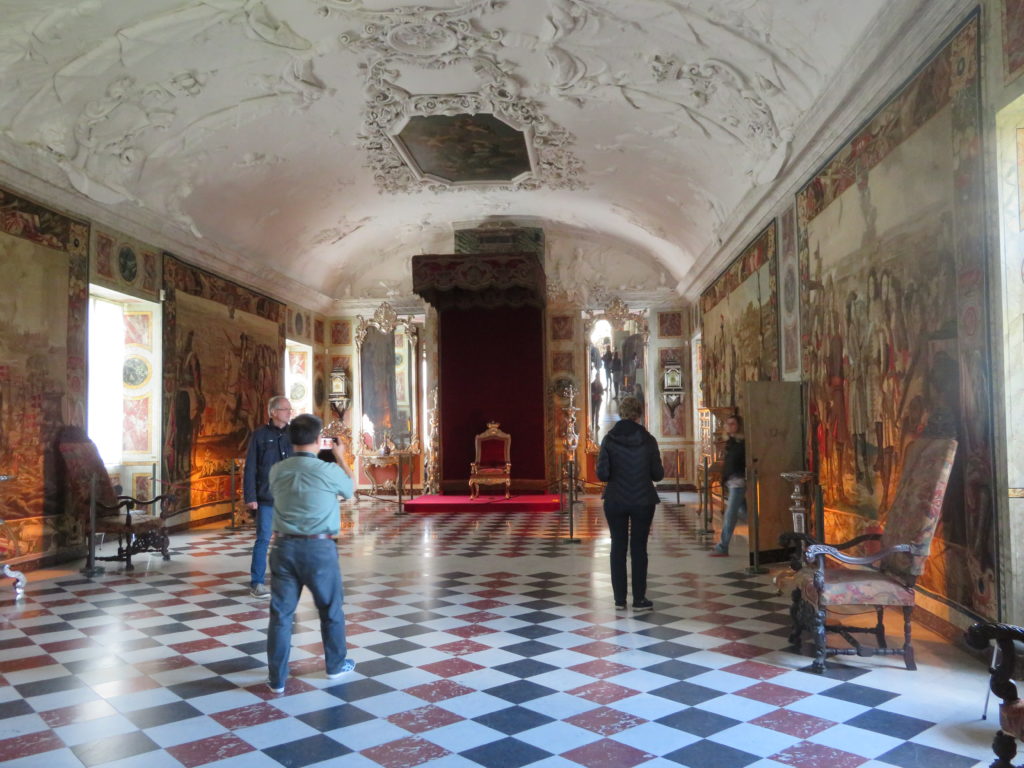 Walk along the waterfront

Up the same end of town as Rosenborg Castle is the Amalienborg Palace and onwards from there, a relaxing stroll along the waterfront and eventually, the little mermaid statue… Which is certainly little and not all that special but certainly very popular: 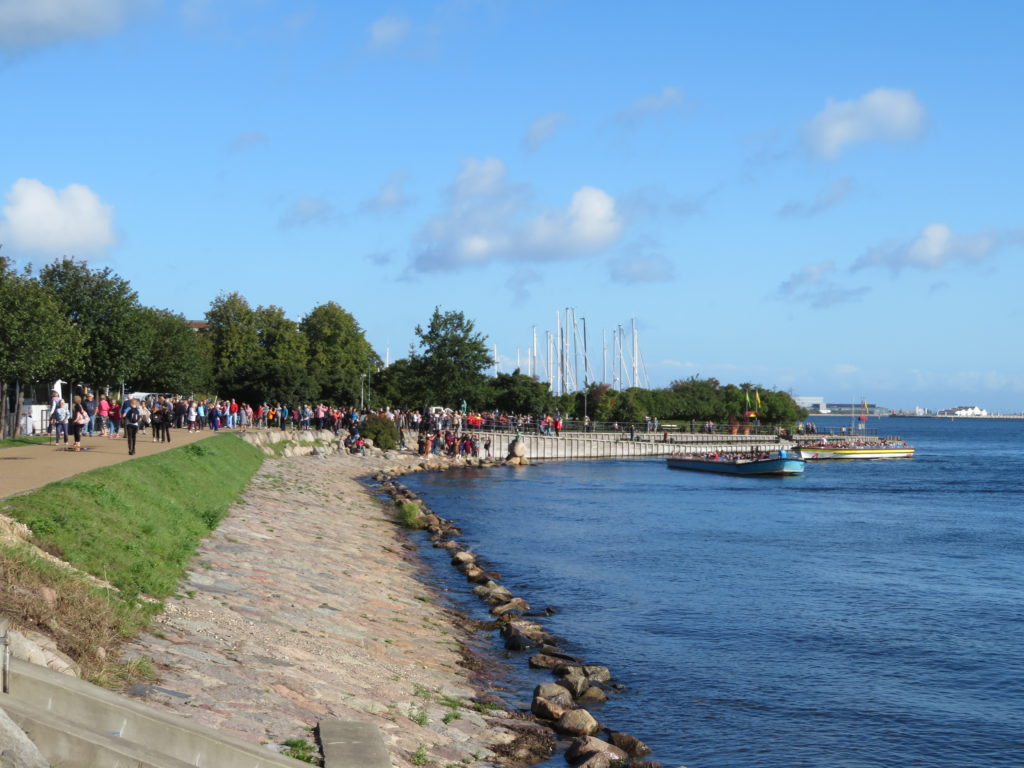 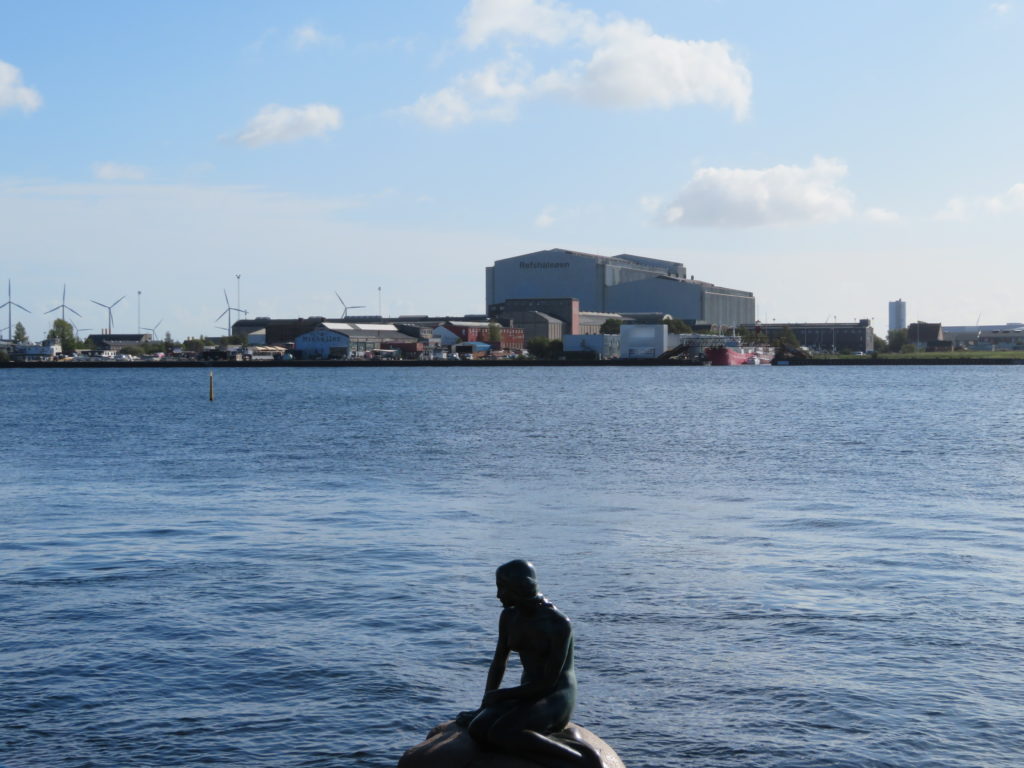 Nyboder is a little farther beyond the little mermaid statue. I don’t consider it a must do but if you have the time.. this fortress is bordered by grassy hills to create the wall instead of a traditional stone wall (it’s about 30 min walk, one way, from Nyhavn). 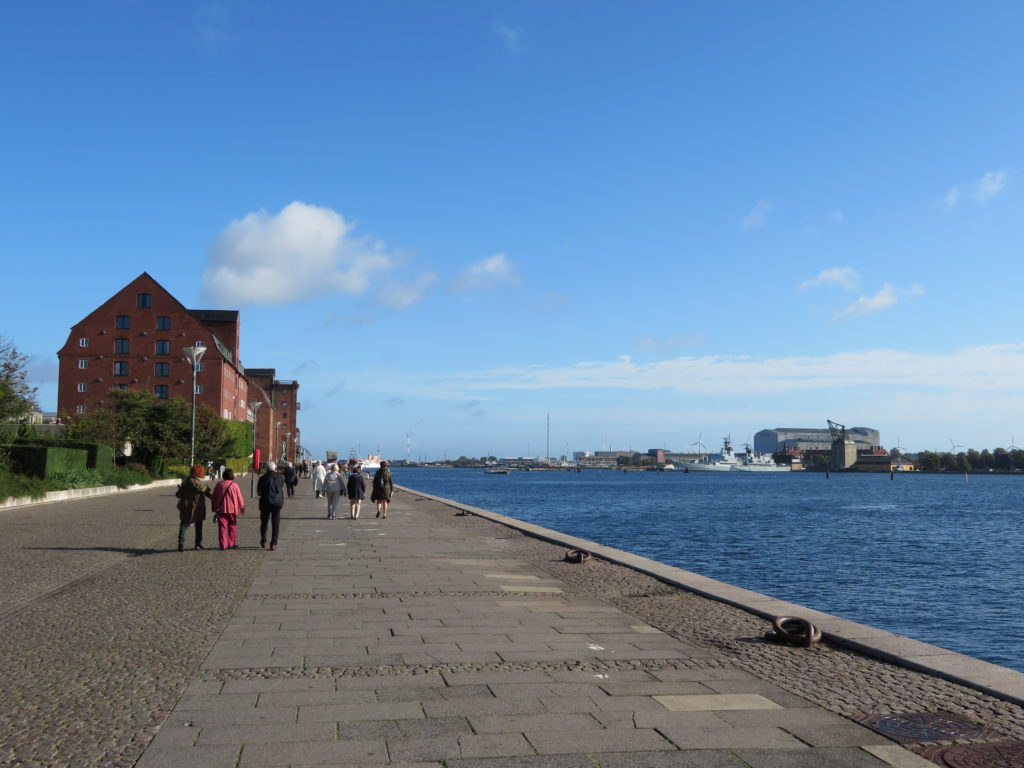 Either before you walk along the waterfront or after, make sure you stop at:

Amalienborg Palace – you can choose to go inside if you want to (it was 105 DK at the time of my visit). I opted to view it from the outside. Stay and people watch for a few minutes and one of the grand double doors which I thought was the front door opened and a Mercedes drove out! 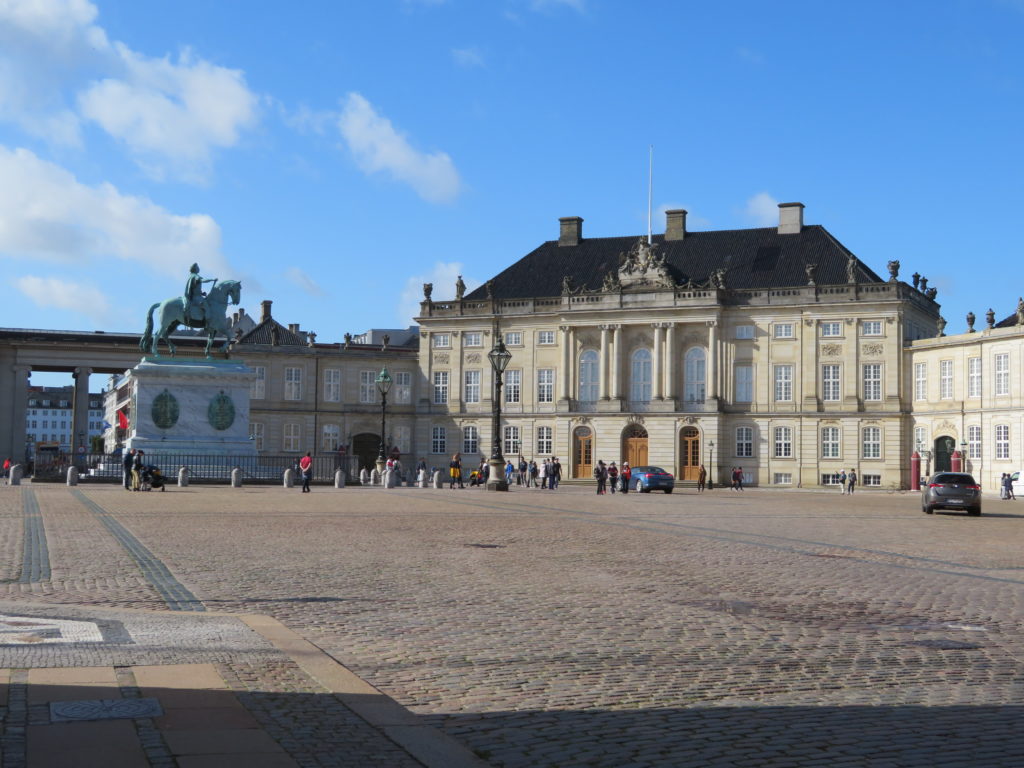 Frederikskirke – this dome is right near Amalienborg Palace and has a viewpoint from the top. However it has short opening hours and I read it’s not that great of a view. You have to pay to enter (35 DK) and  it was closed for restoration when I was there 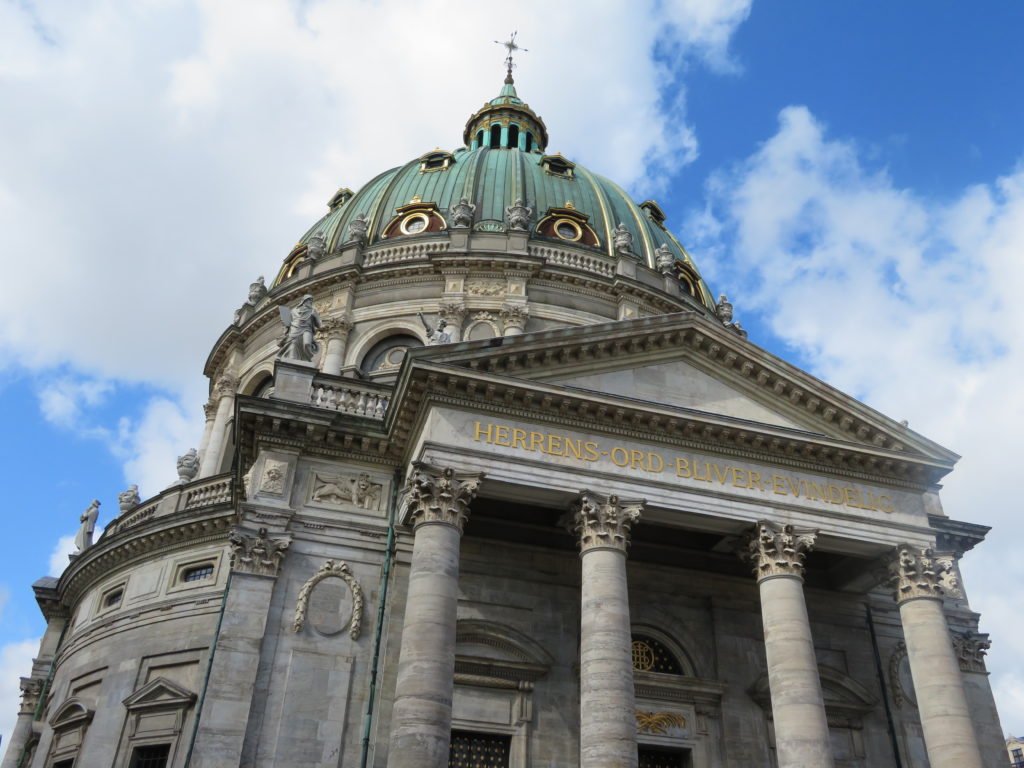 … Because what’s a day in Europe without eating some gelato?!

Head to the corner of Frederiksholms Kanal and Nybrogade. Here you’ll see the tightest turn on the canal boats tour route. 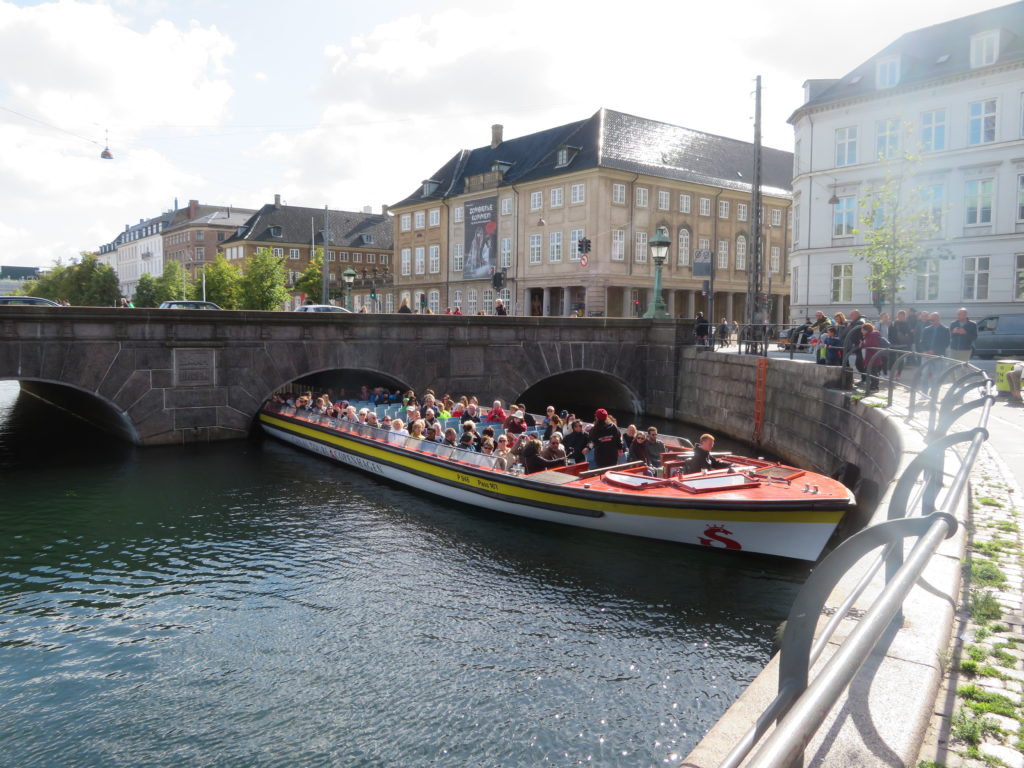 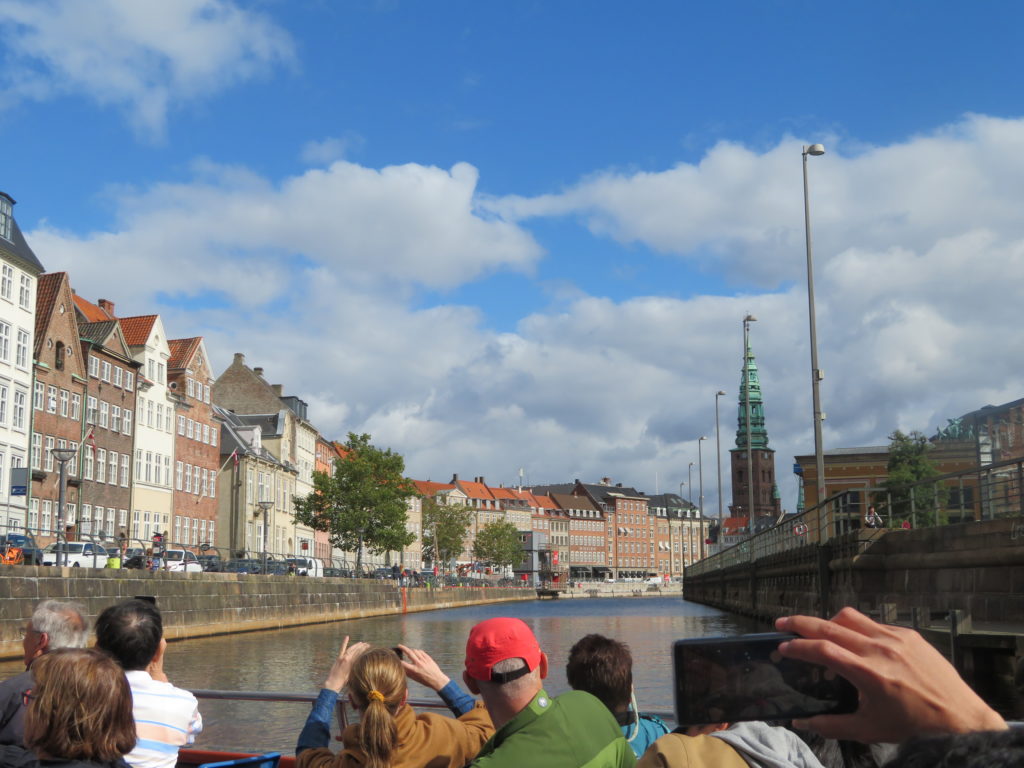 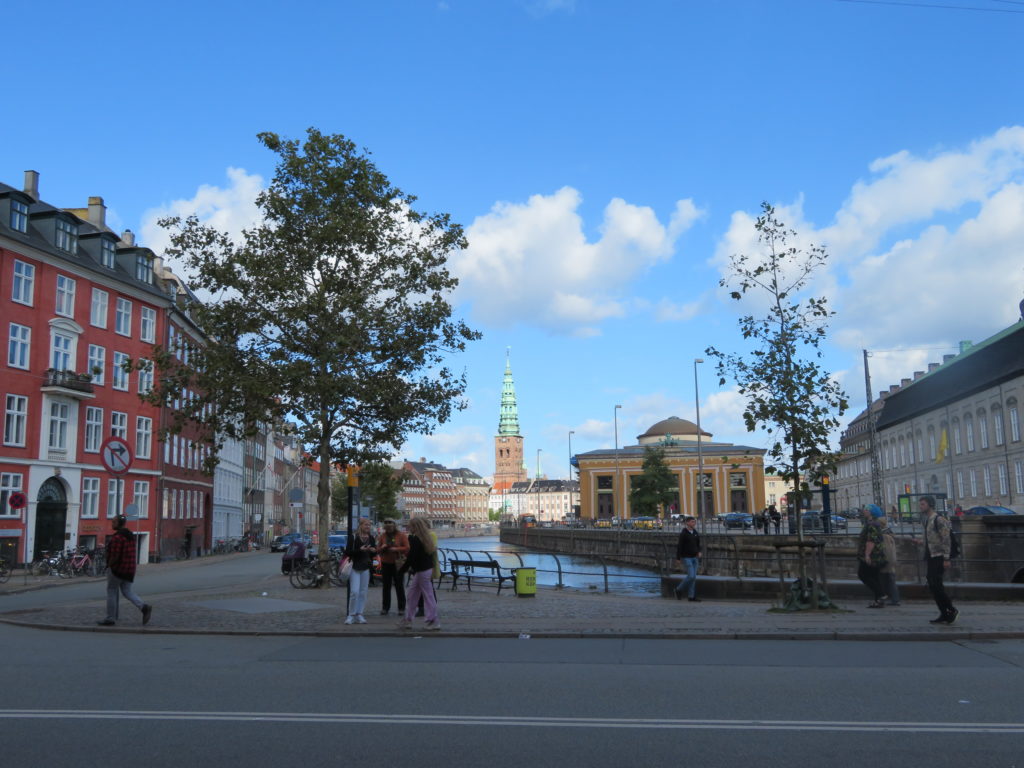 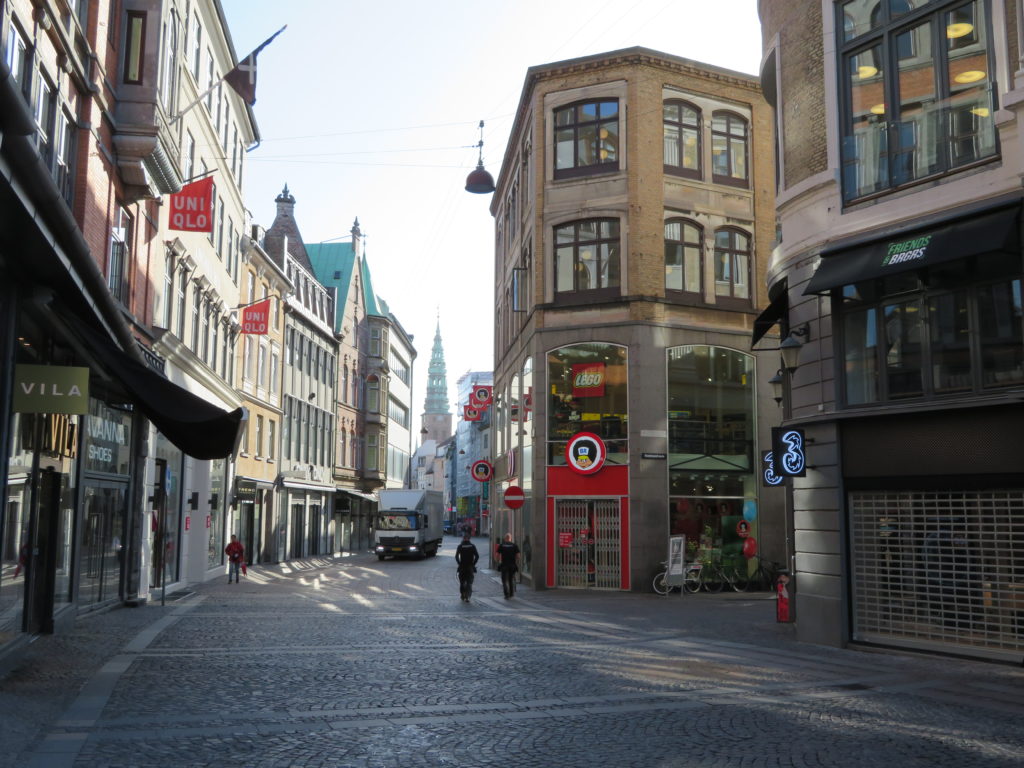 If you want to splurge then Tivoli is a good place for that. A very small amusement park with a big price tag to enter (and then you have to pay for each ride on top of that). I opted not to go in and just take a photo from the outside only instead. There is a Tivoli food hall nearby but the meals looked small and of course being Copenhagen, were very expensive. 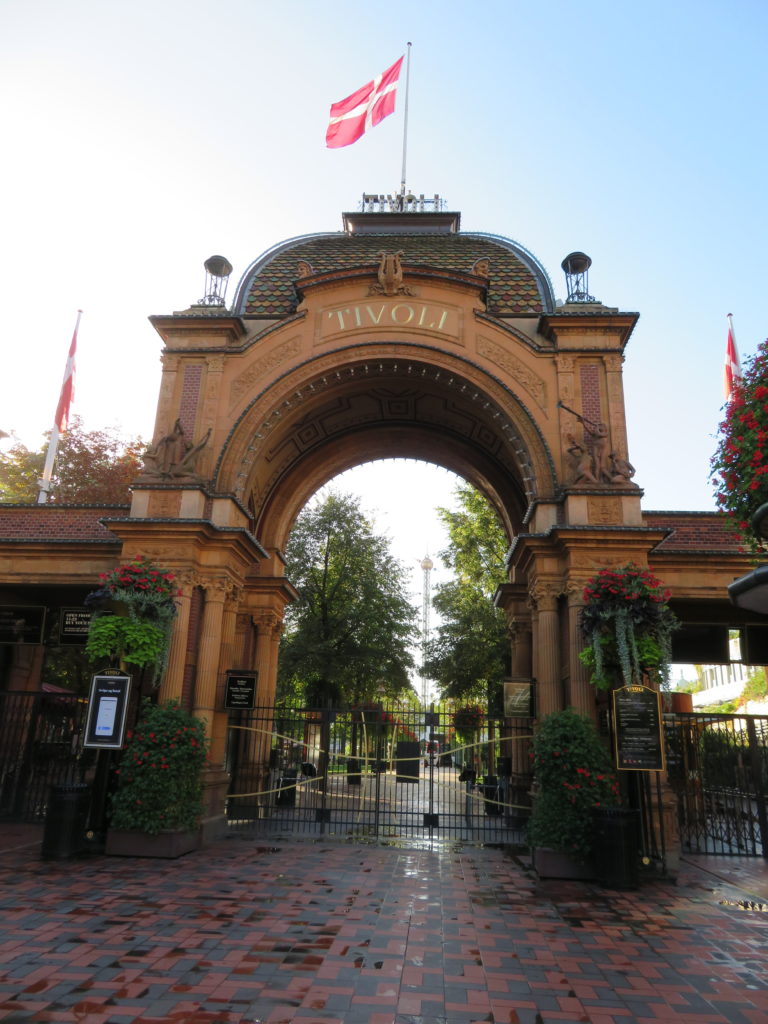 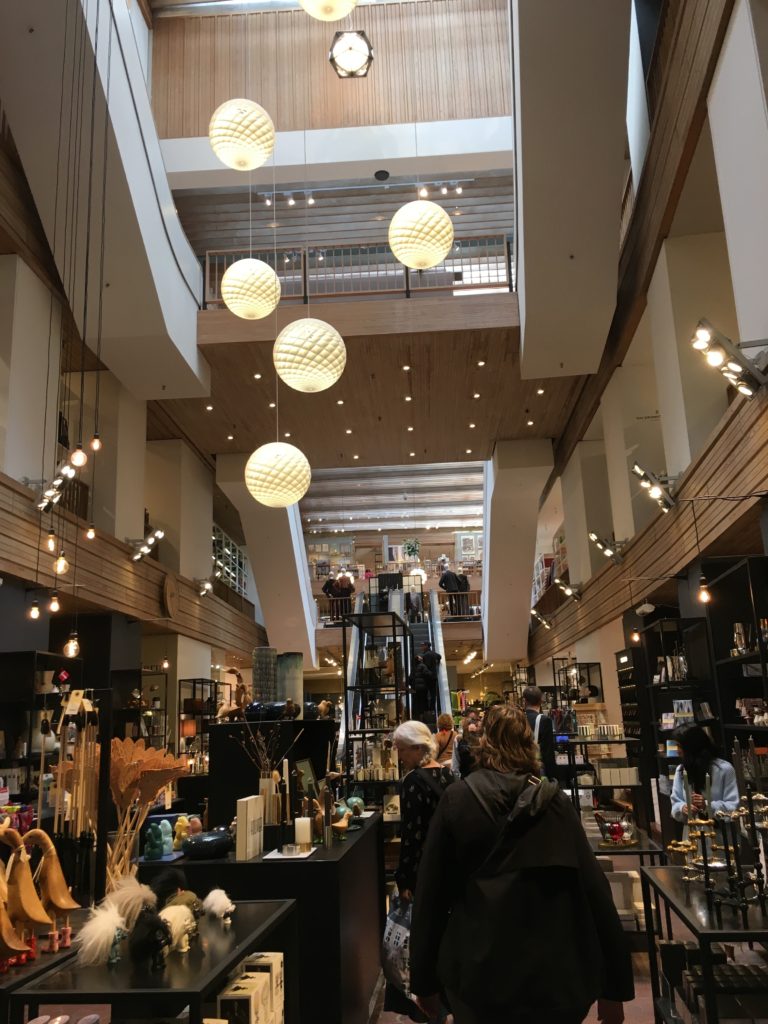 I liked Copenhagen but I’m glad I didn’t stay for more than 2 days. I ticked everything off on my list without feeling rushed. If you have more time you could do some day trips but I don’t think you need more than 2 days in Copenhagen itself.