Given my addiction to pens and highighters, it isn’t surprising that when I discovered highlighter pencils I had to get some to try out! 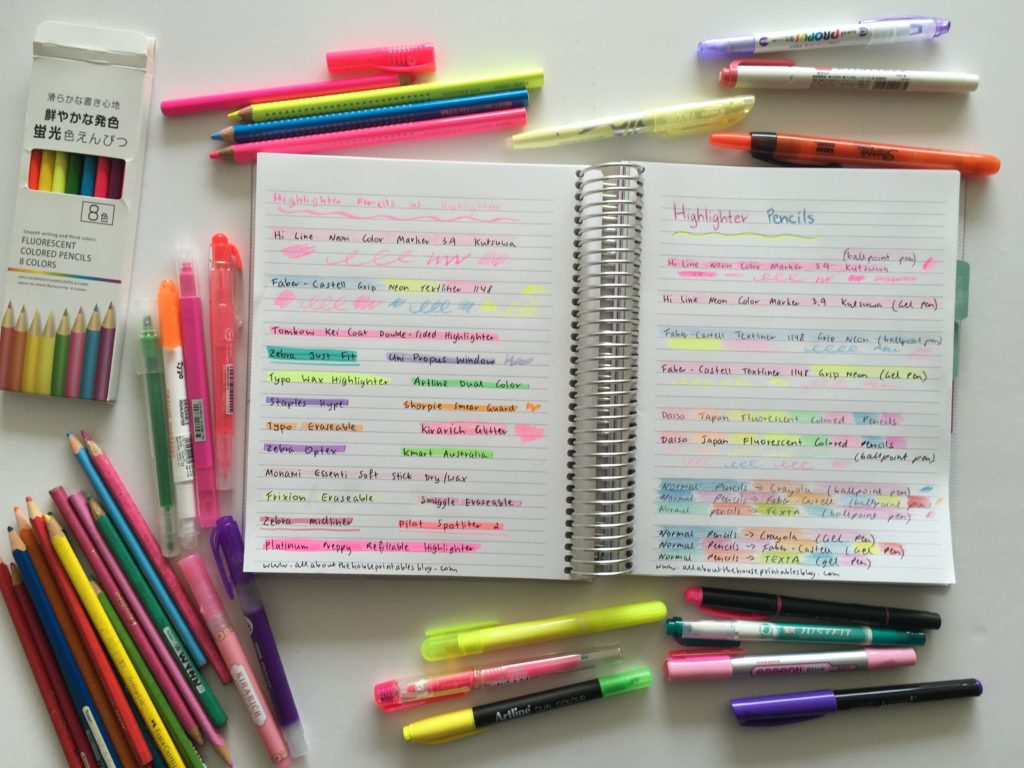 There aren’t many highlighter pencils to choose from – I was only able to find a couple of brands and all were pricey.

Highlighters come in more colors than highlighter pencils and it’s faster to highlight.

Pencils are less prone to smudging than highlighters but they do require sharpening. 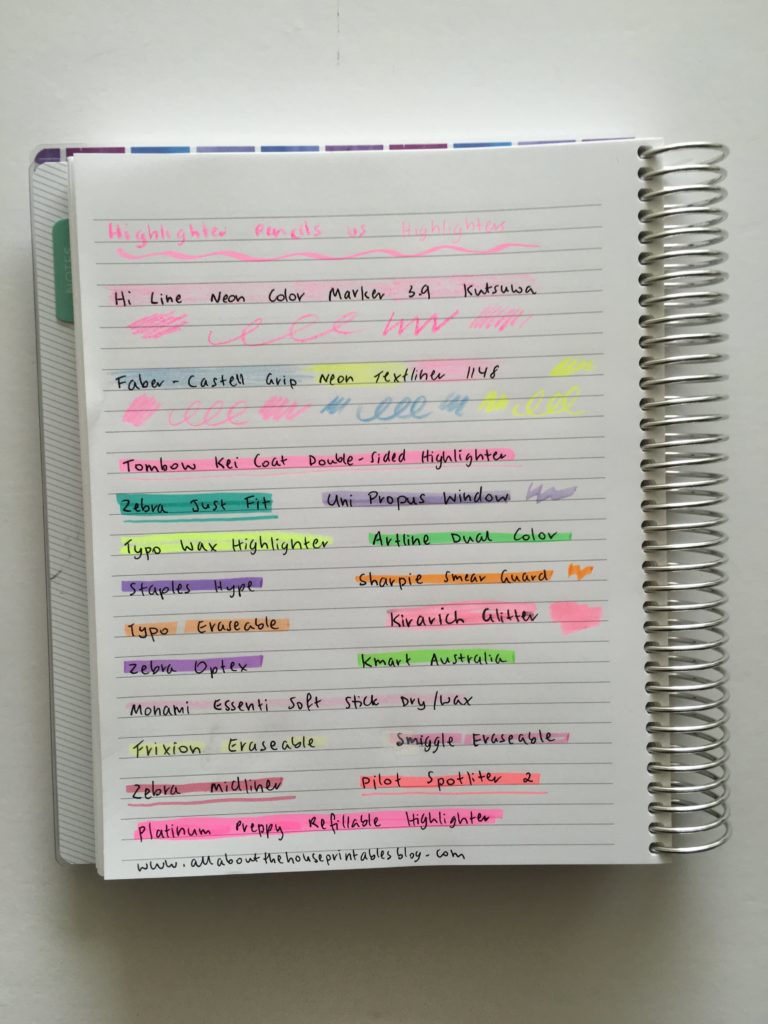 If you’re after a finer tip than normal highlighters, some come in dual tip format (i.e. the chisel tip and a marker pen style tip) such as the Tombow Kei Coat and Zebra Midliner (Daiso has a cheap knock off that is just as good!) 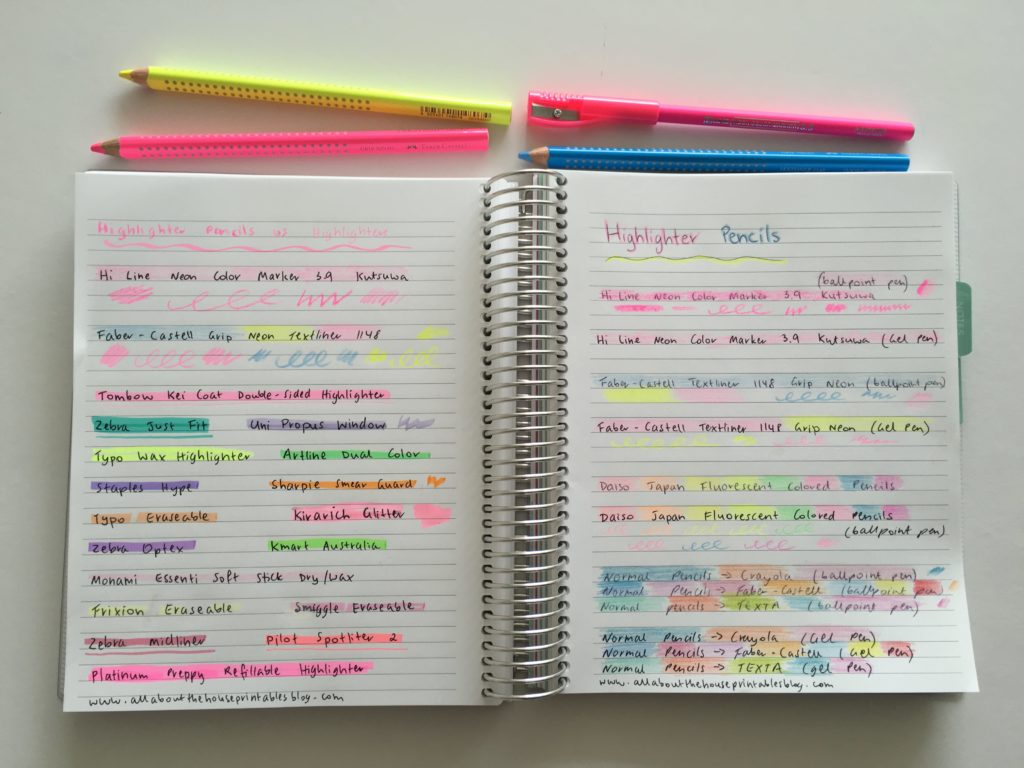 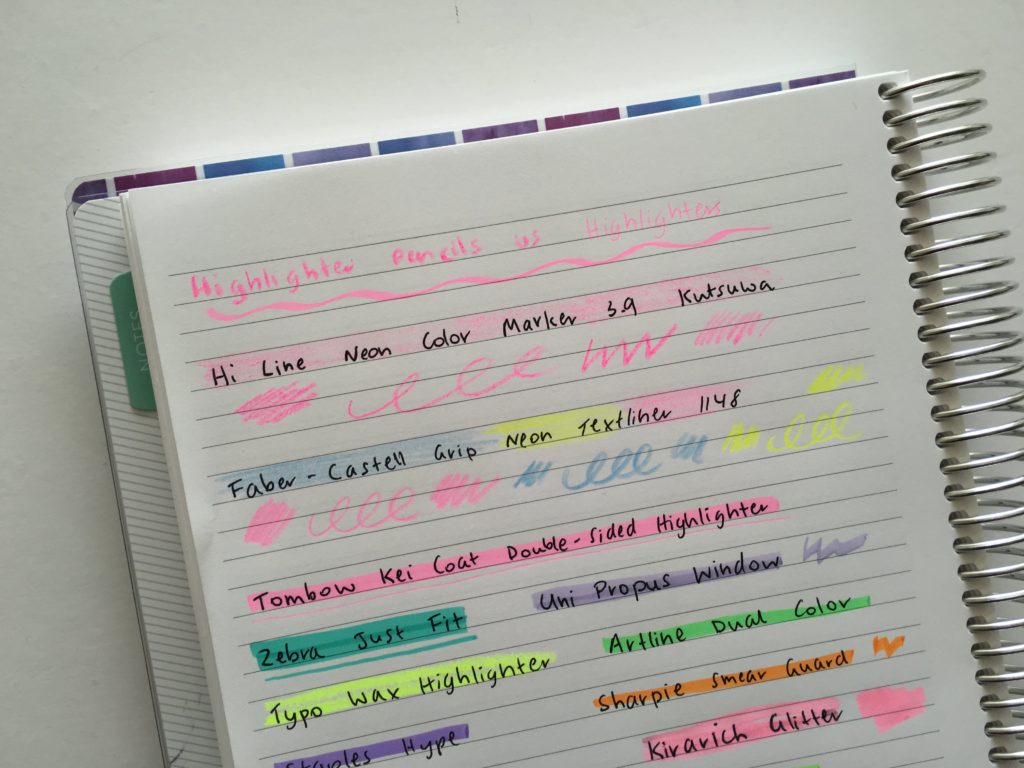 Related: Review of Frixion Erasable Highlighters by Pilot – are they worth the cost?

Normal pencils are a lot darker than highlighter pencils so it’s not as easy to see the words. 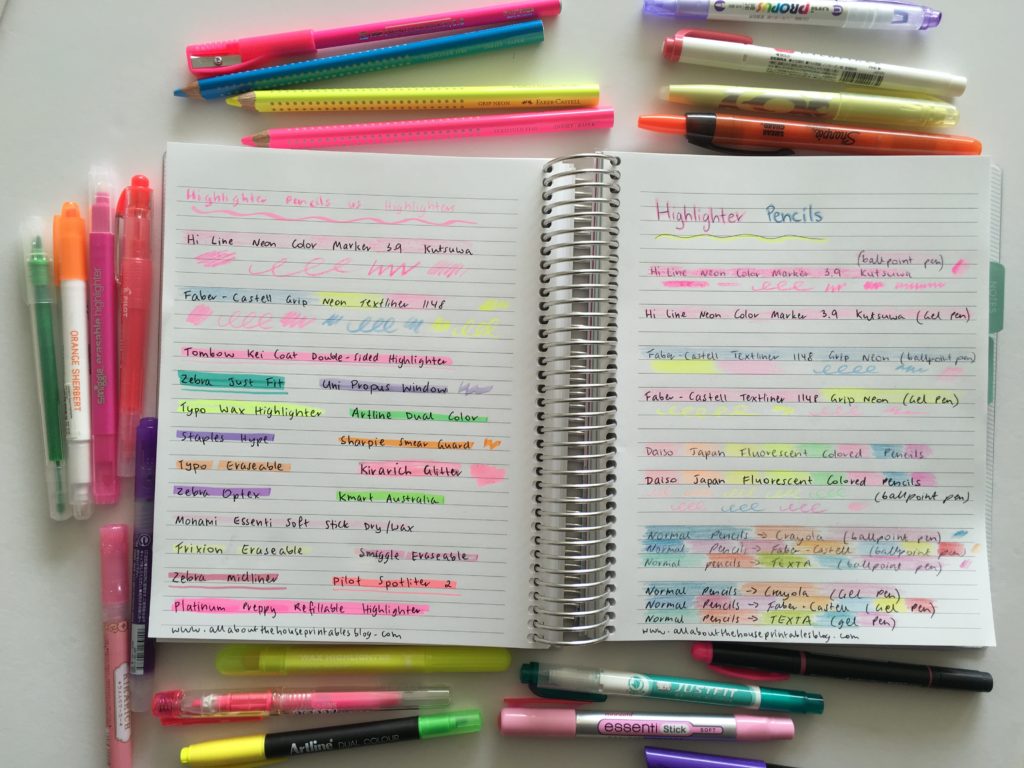 I found some fluorescent colored pencils at Daiso and they were almost as good as the highlighter pencils, were only $2.80 for a pack of 8 and had more colors to choose from. 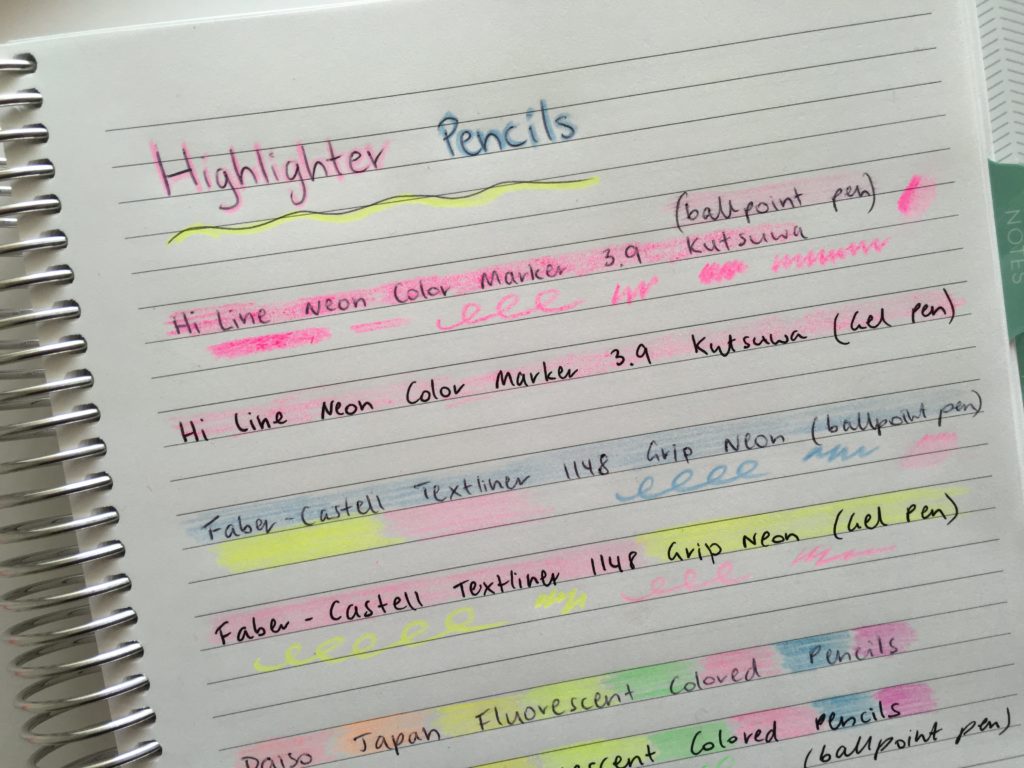 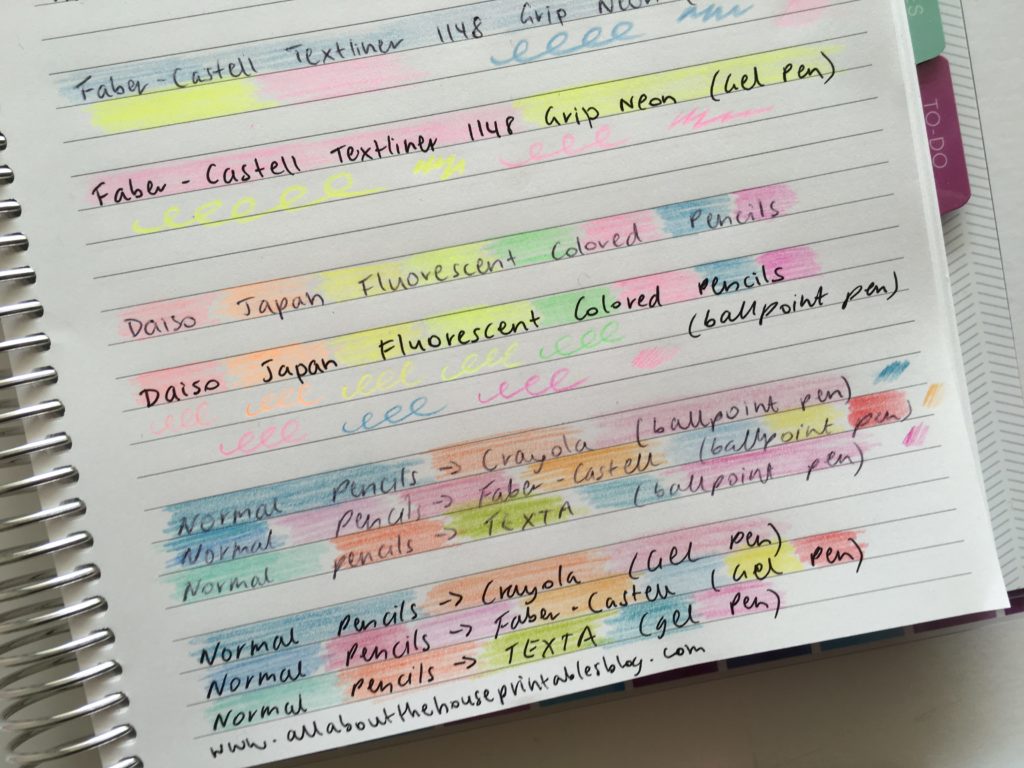 Wax highlighters are also super bright and are less prone to smudging than normal highlighters. 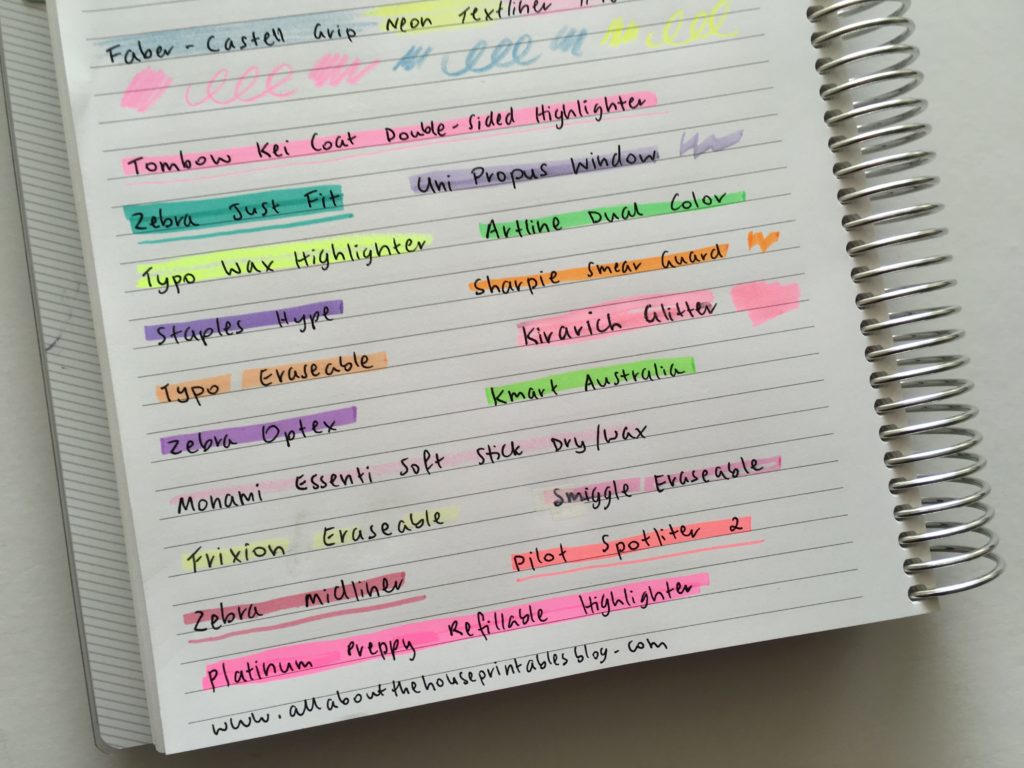 Are highlighter pencils worth it? 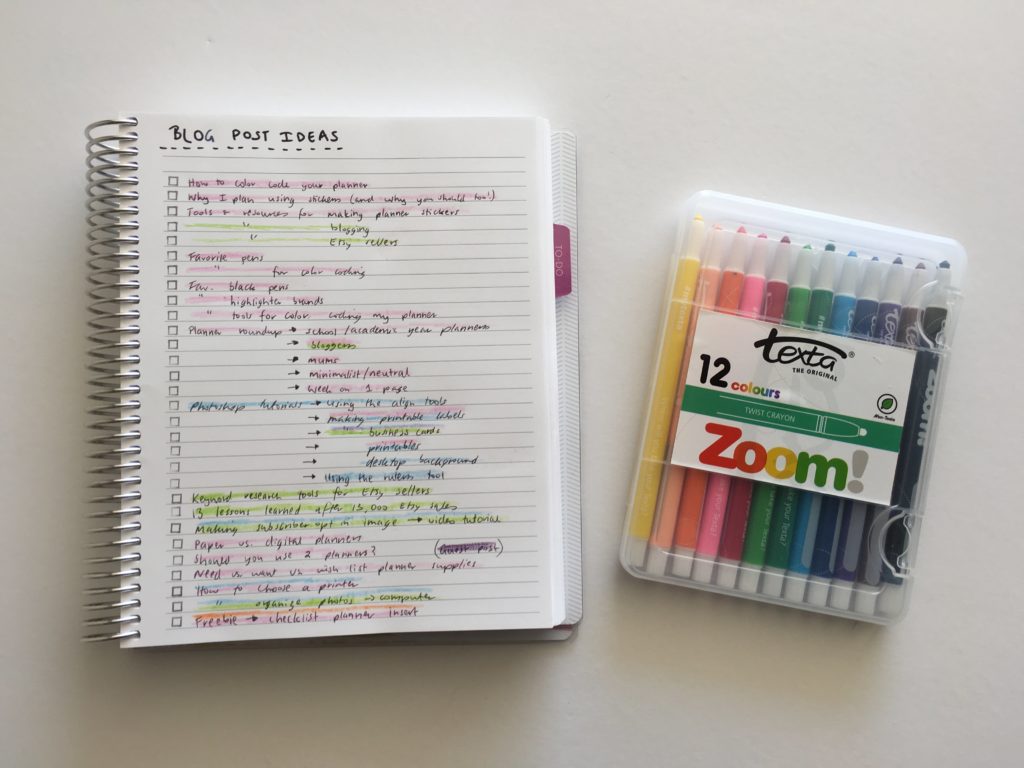