After arriving in Zurich and realising that it is a lot smaller than I was expecting, I had about half a day to fill in so opted for a Rhine Falls and Stein Am Rhein half day tour.

Rhine Falls and Stein Am Rhein Half Day Trip

Half day was enough to see the falls and the cute town then head back to Zurich.

After taking a tour all around Switzerland and having a spare day before heading back to Australia, our tour director recommended a visit to the Rhine Falls. I’d looked it up online before going to Europe and thought it looked a bit underwhelming so didn’t pre-book a tour. Well after the tour guide recommended it I ended up booking one and… was pleasantly surprised.

They’re no Niagara Falls but are spectacular in their own way – very wide, there are viewing platforms where you’re right next to the water gushing past as well as viewing platforms where you can look down on the falls. You can take a boat to the island in the middle or walk across the bridge and see it from the other side. The basin where the falls flow into is also massive – a lot bigger than it looks in pictures online. Overall, I was glad I ended up visiting. 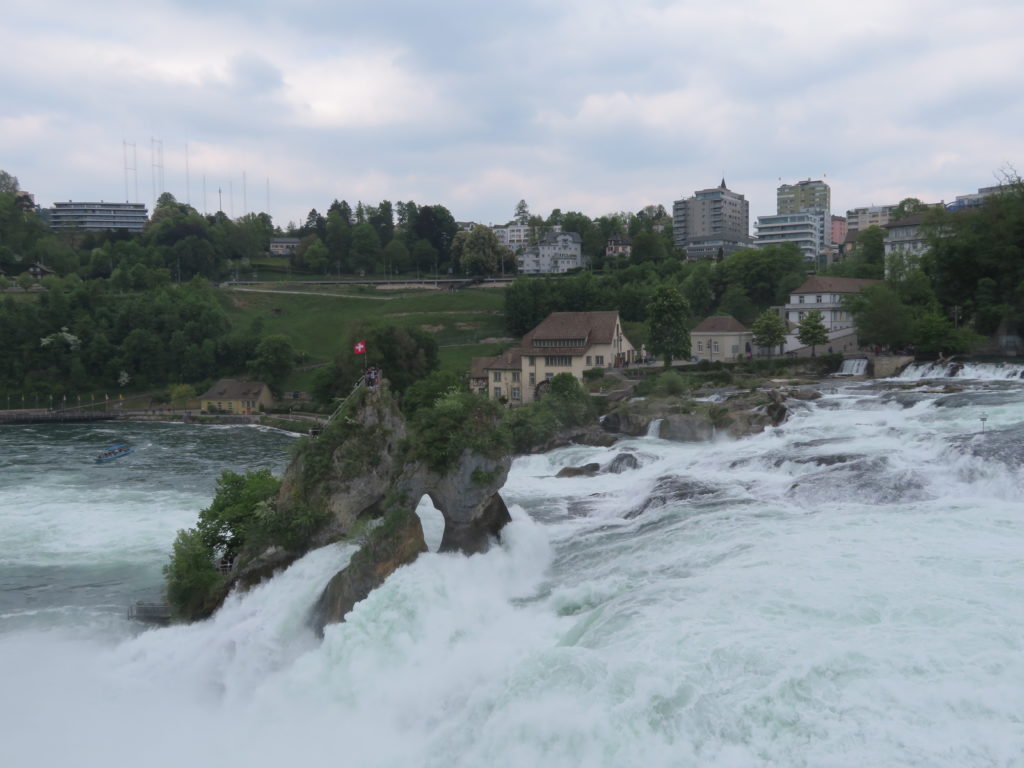 To get to the the viewpoint where the above photo was taken, you’ll need to walk through the castle tower entrance 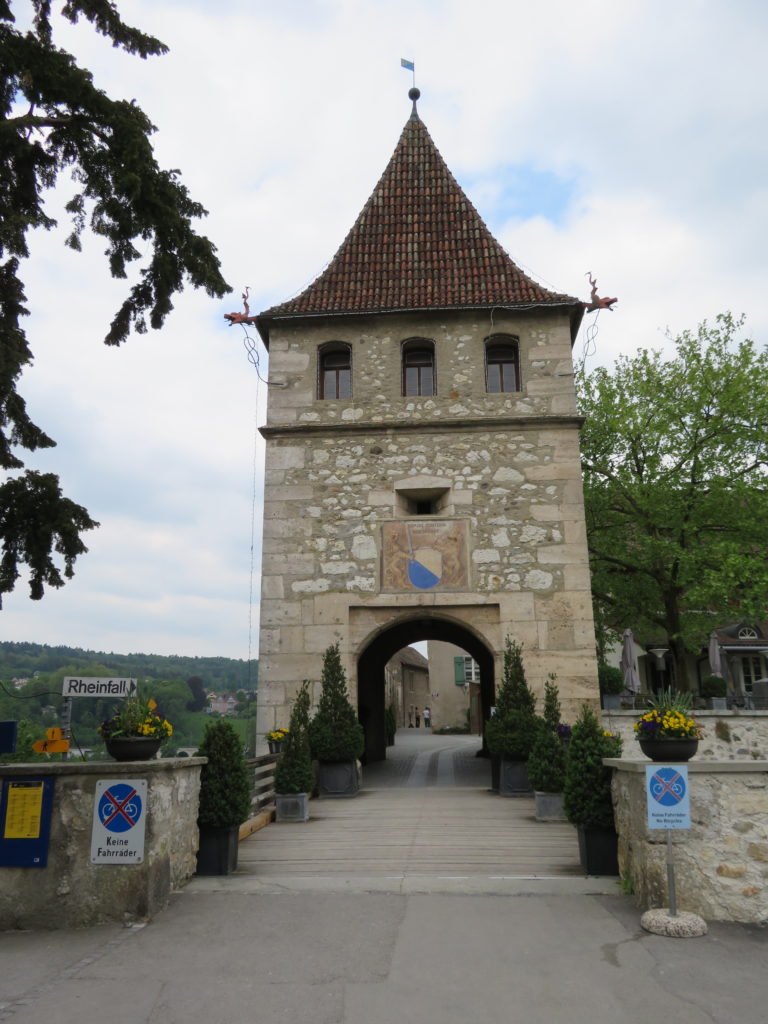 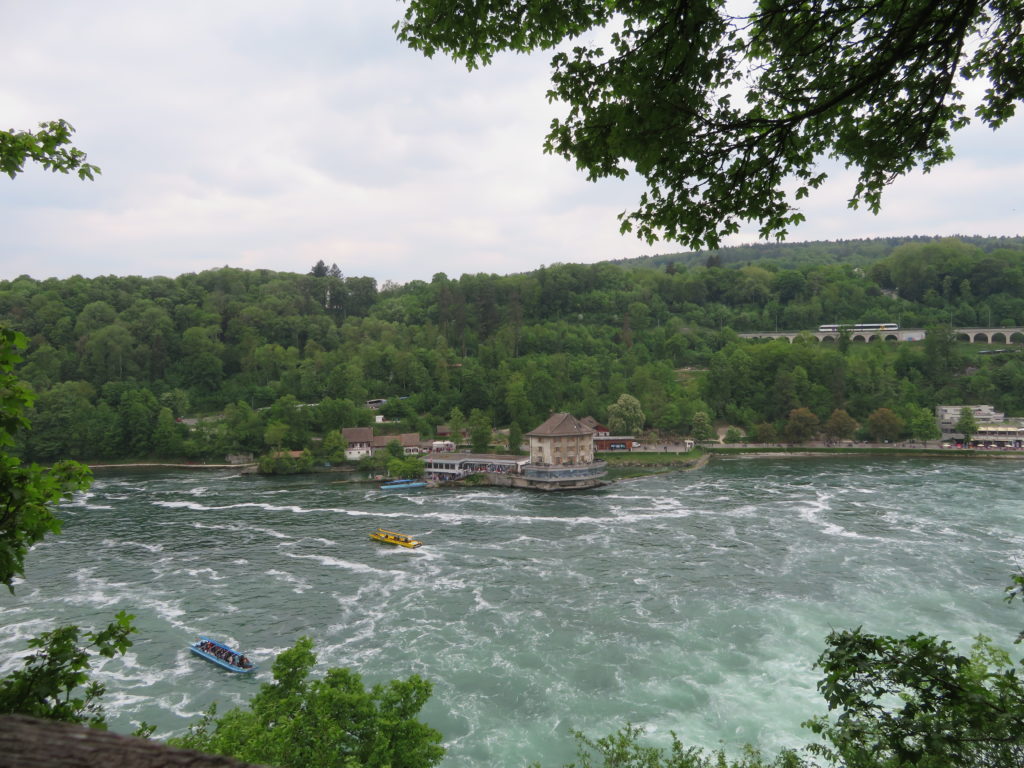 If you’re lucky you may time a train going past 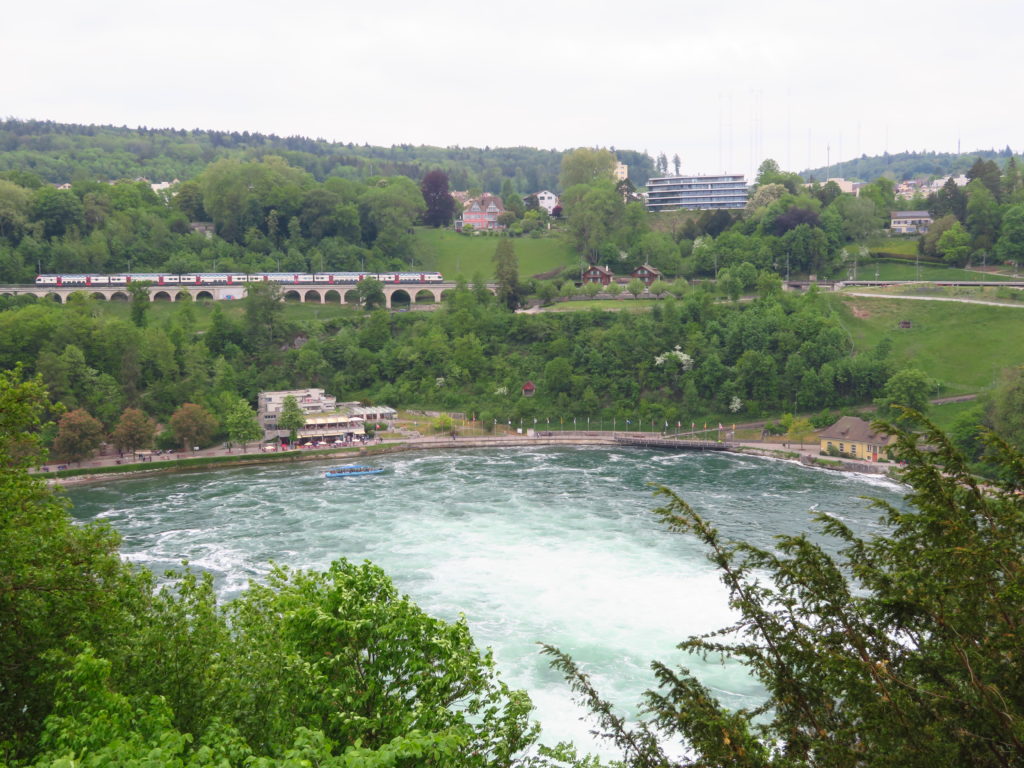 Around the back of the castle (i.e. go back out through the main entrance) there is a path that leads to a bridge that will take you to the other side. 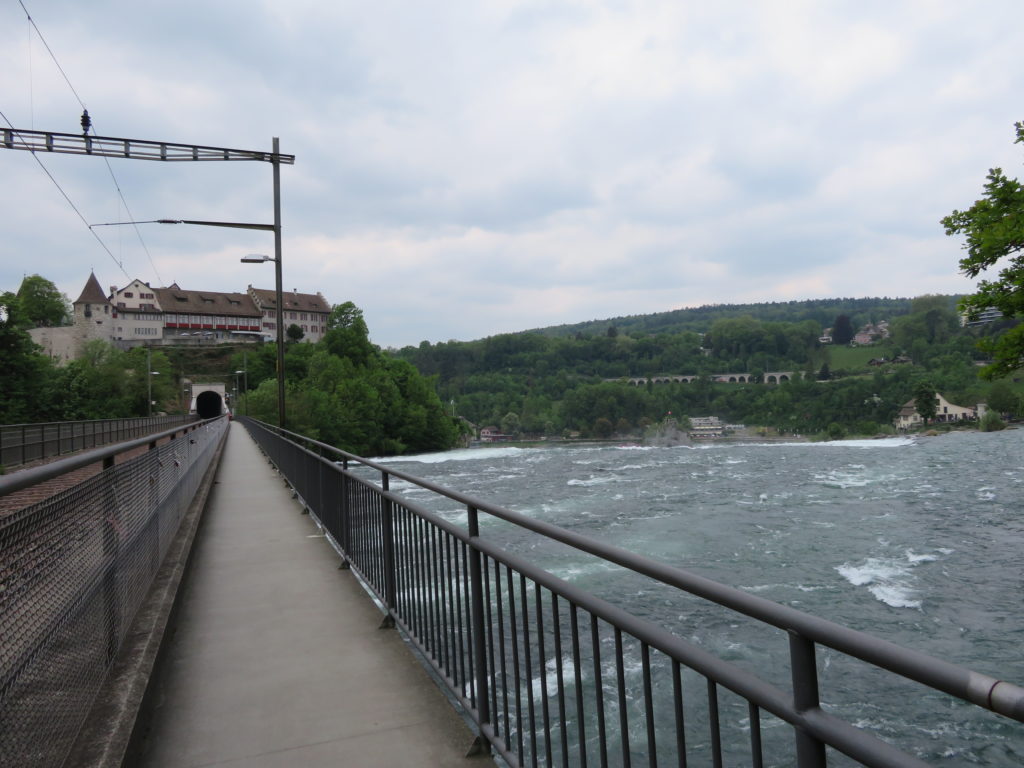 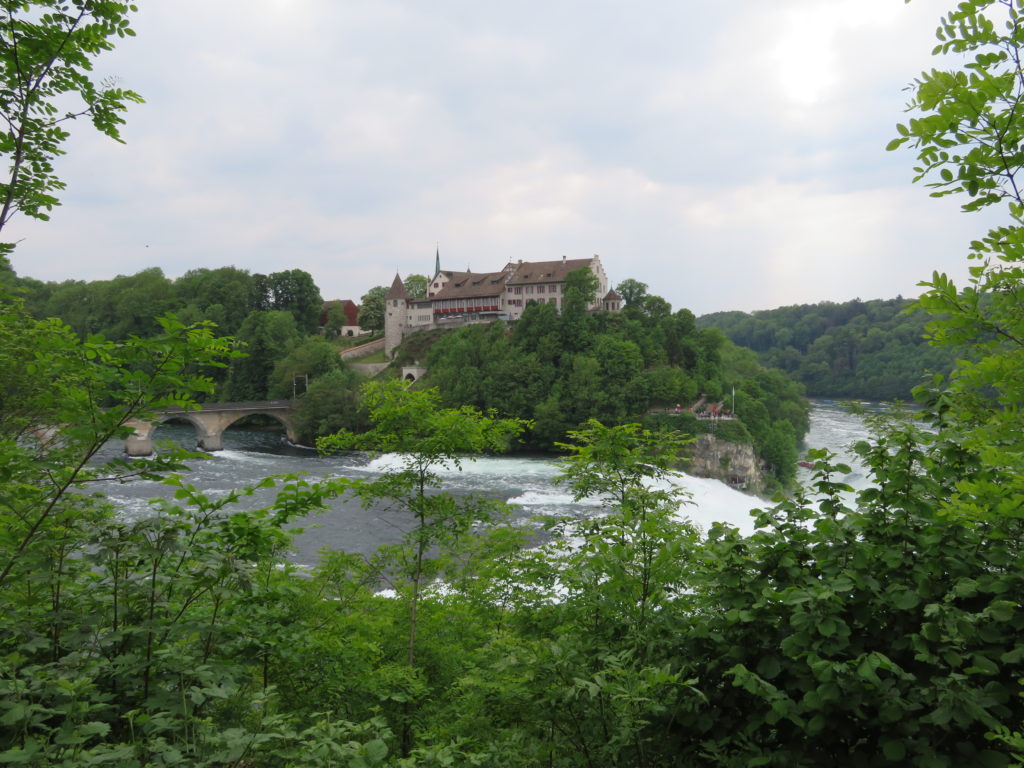 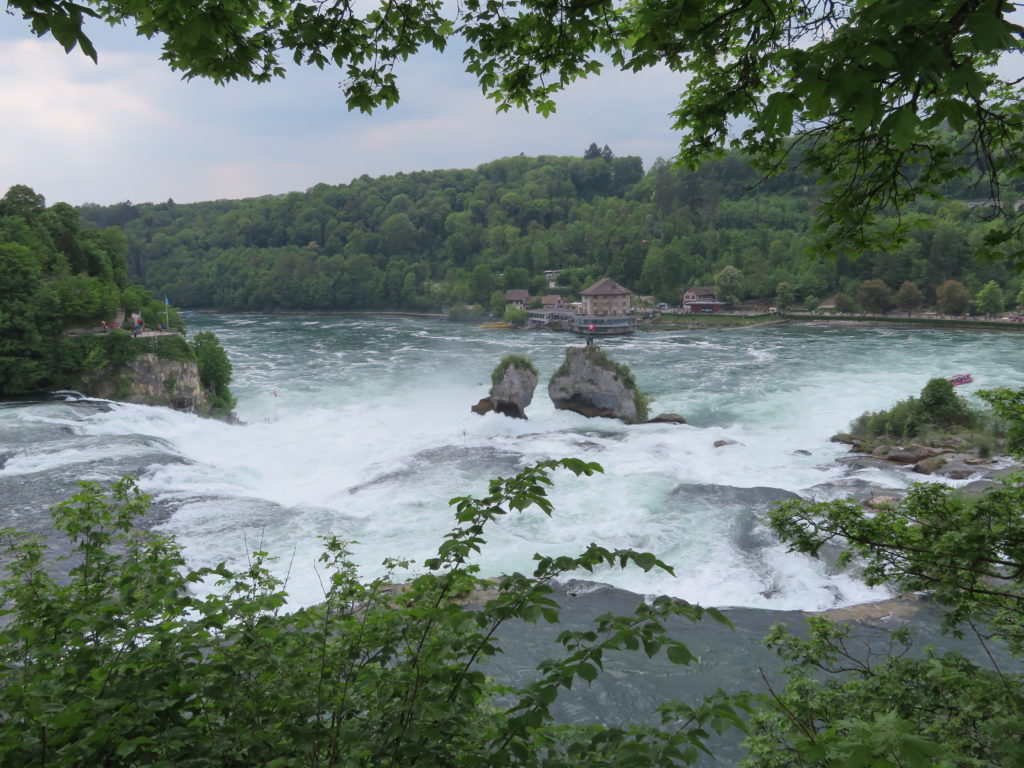 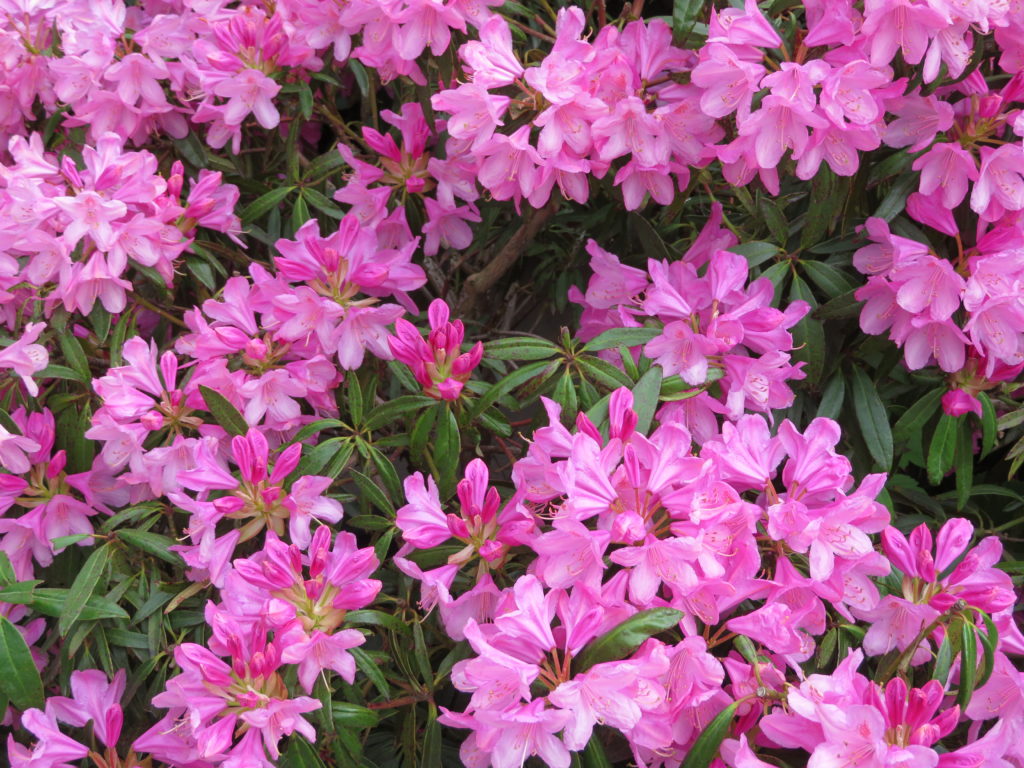 Stein Am Rhein is on the Swizteralnd – Germany border. It wasn’t somewhere I specifically wanted to go, it happened to be included in the half day tour I booked. While the visit was rushed, the town was very cute. It may look like many other German / cute European towns but (probably because I live in Australia), visiting towns like these never gets old! 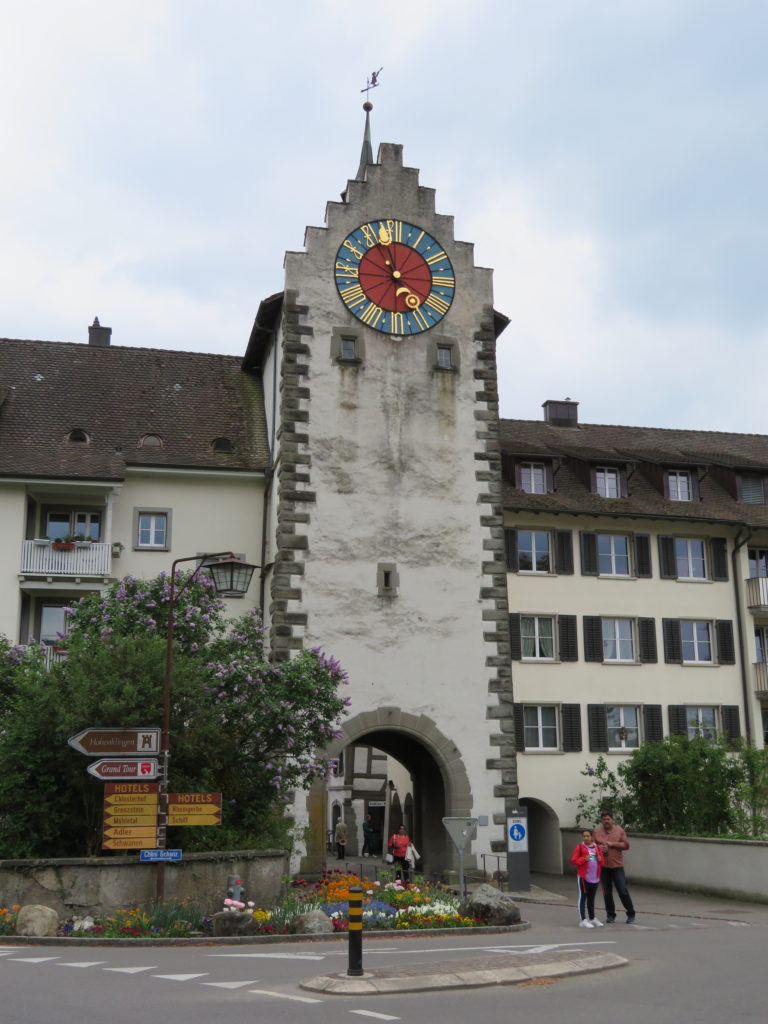 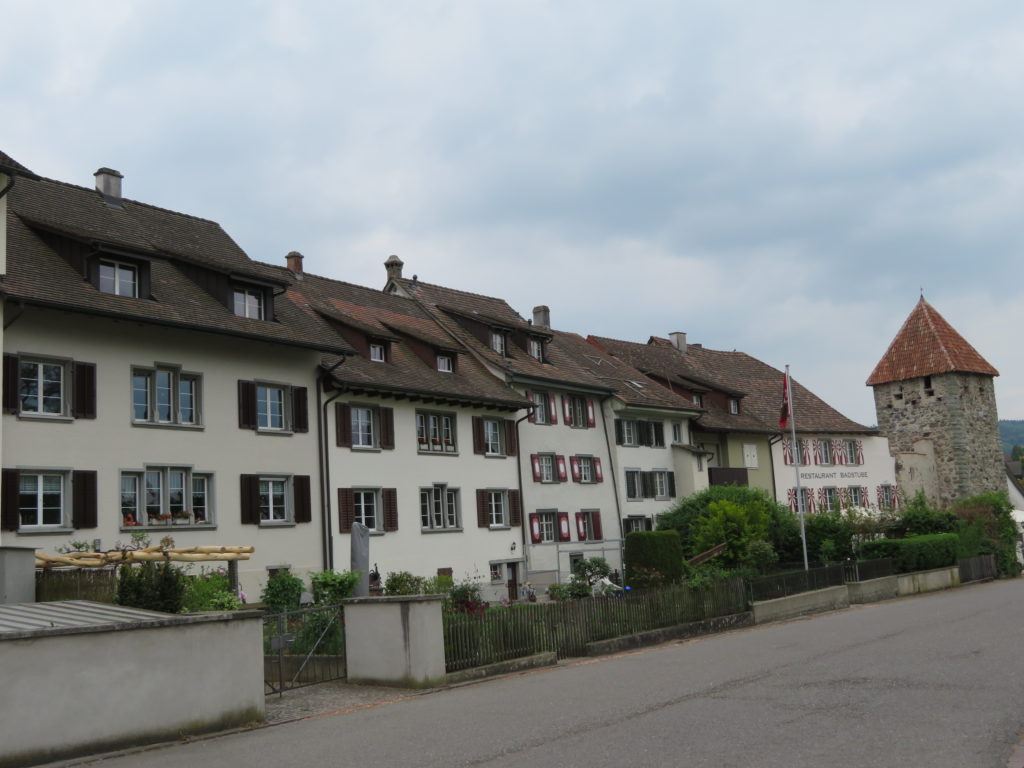 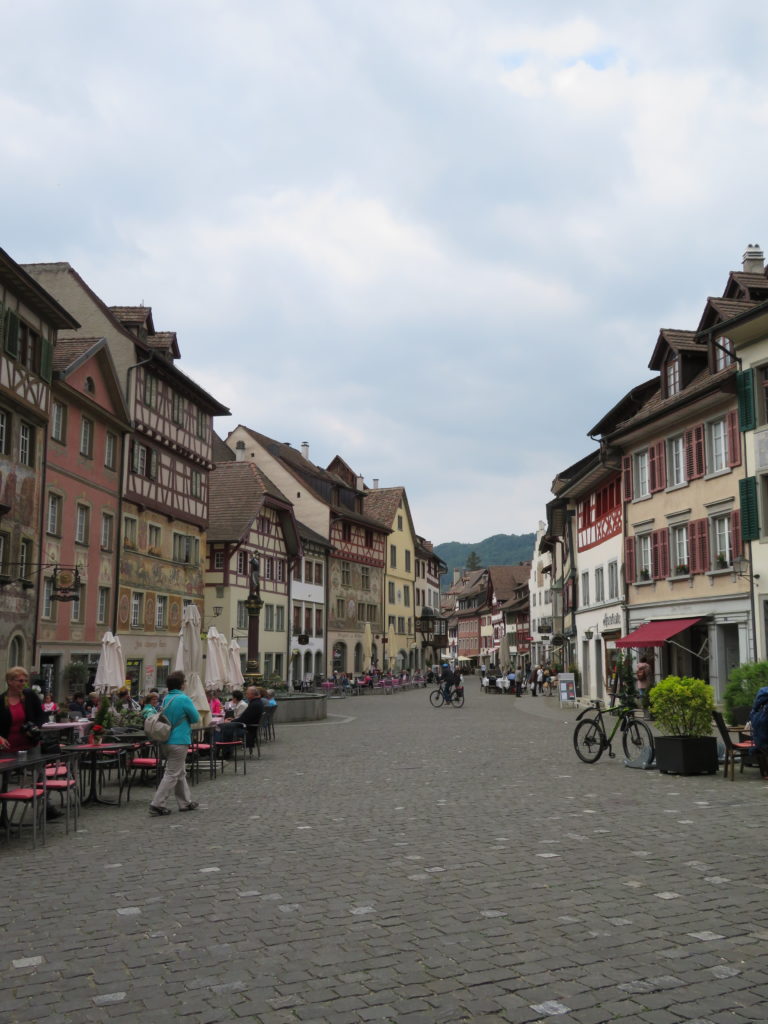 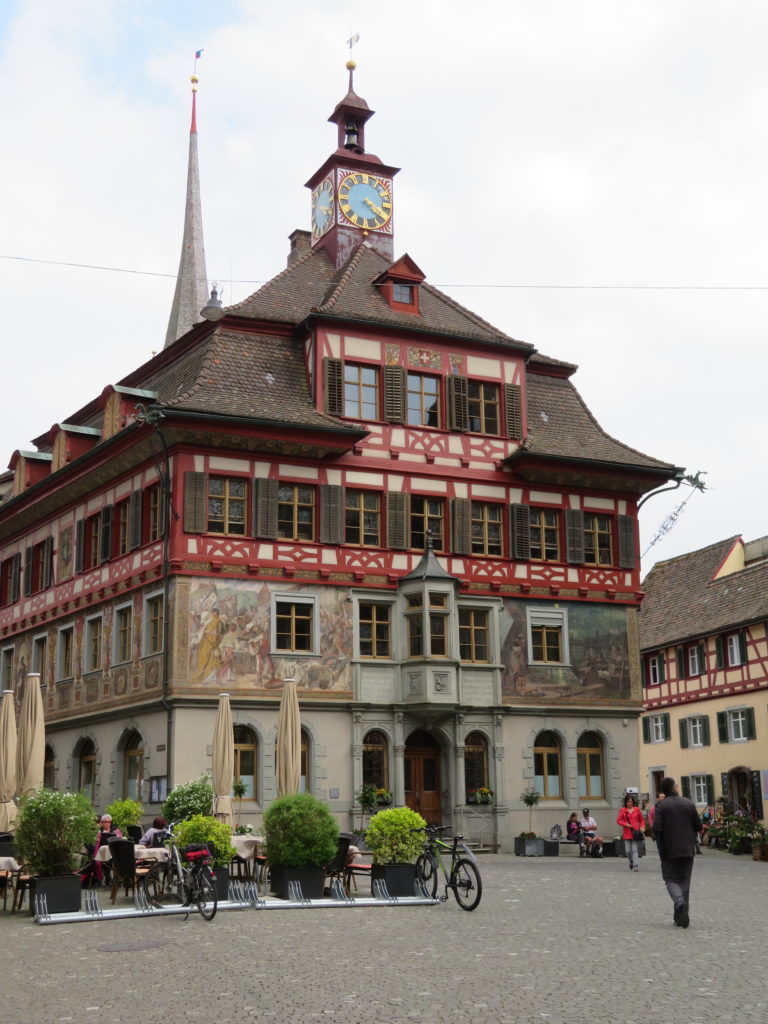 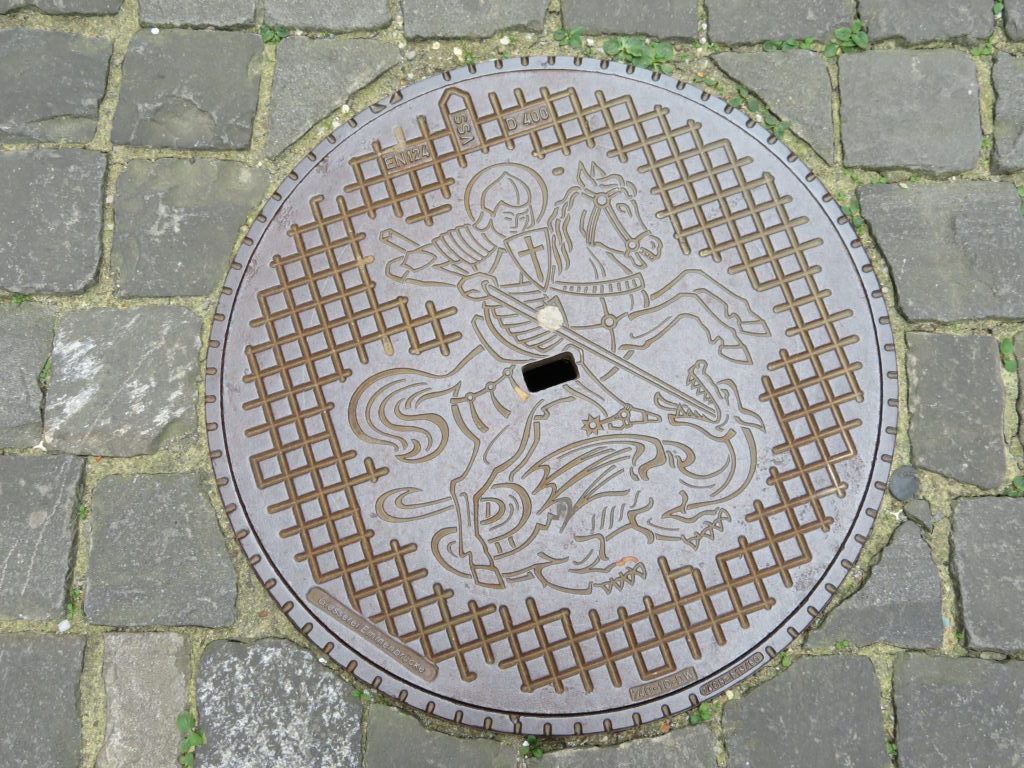 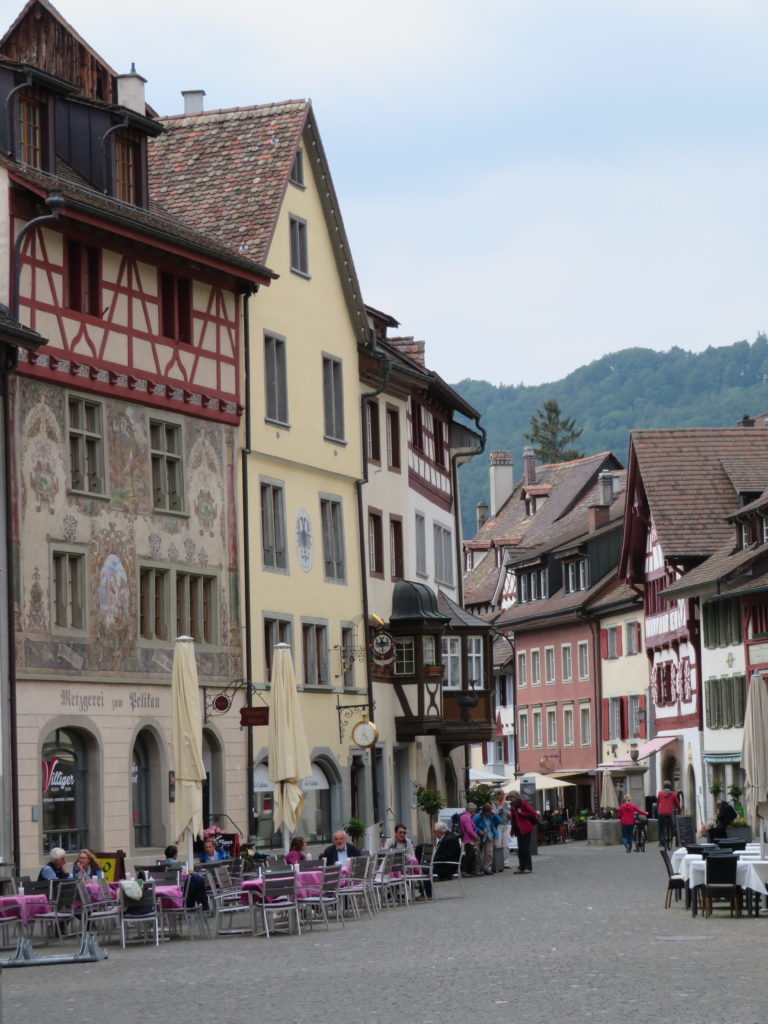 Tip: I’ve seen some great photos of this town from the other side of the river so if you have time – walk across the bridge! 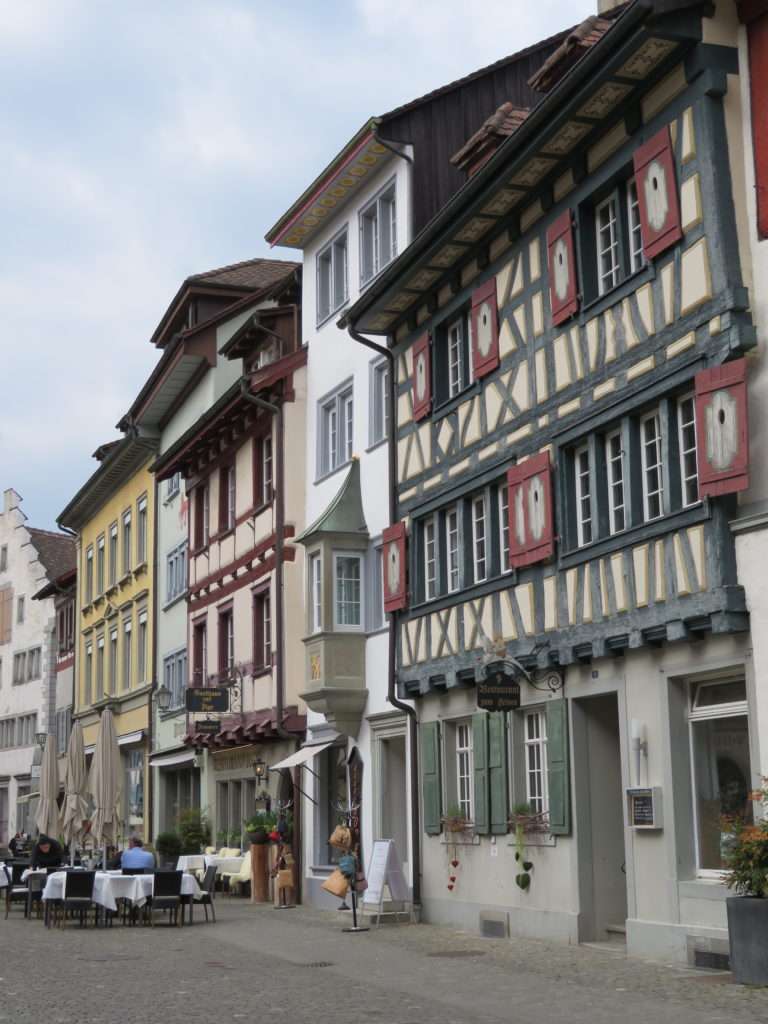 Review of the Viator tour

I took a tour booked through Viator. I can’t link it here as they no longer offer it. Perhaps other people complained as the tour itinerary appears to have changed. Regardless I’m still posting this review. The falls and the town themselves were worth a visit, but I do NOT recommend the tour company I used (Best of Switzerland Tours).