This week I pulled out a blank notebook (one of the ones I got in my Plum Paper Planners Haul) and decided to use a few of the notes page stickers to create a to do list and custom weekly planner. I wanted to try planning without allocating tasks to a specific day.

I was going to split the page into 4 sections – 1 for each of the areas I plan in my life to created categorized panning space (similar to the anything mini checklists I used for week 2 – there’s a free printable in this post if you wanted to try that planning method). I was then intending to split each section into 2 – with an open ended planning space and then some checklist space for each section.

But then I decided this wouldn’t be enough room to write and I would probably need more room for blogging tasks than I do for personal/life planning. This 1 page layout would work if you don’t have a business, blog etc. and are just doing daily life planning. But I needed more room so instead I ended up using 2 pages and 4 columns.

I set up my page with 4 columns and color coded:

The to do and meal plan stickers can be found in my shop (along with 400+ other stickers!)

For the meal planning sticky notes I used 2 x 2″ sticky notes and cut them to fit the width of the lines in my Plum Paper notebook. I used cheap brand ones (from Kmart) which actually stayed stuck to the pages, probably because the notebook was shut keeping them stuck to the page, because usually the cheap sticky notes don’t last very long.

I used the Staedtler ball 432 pens. 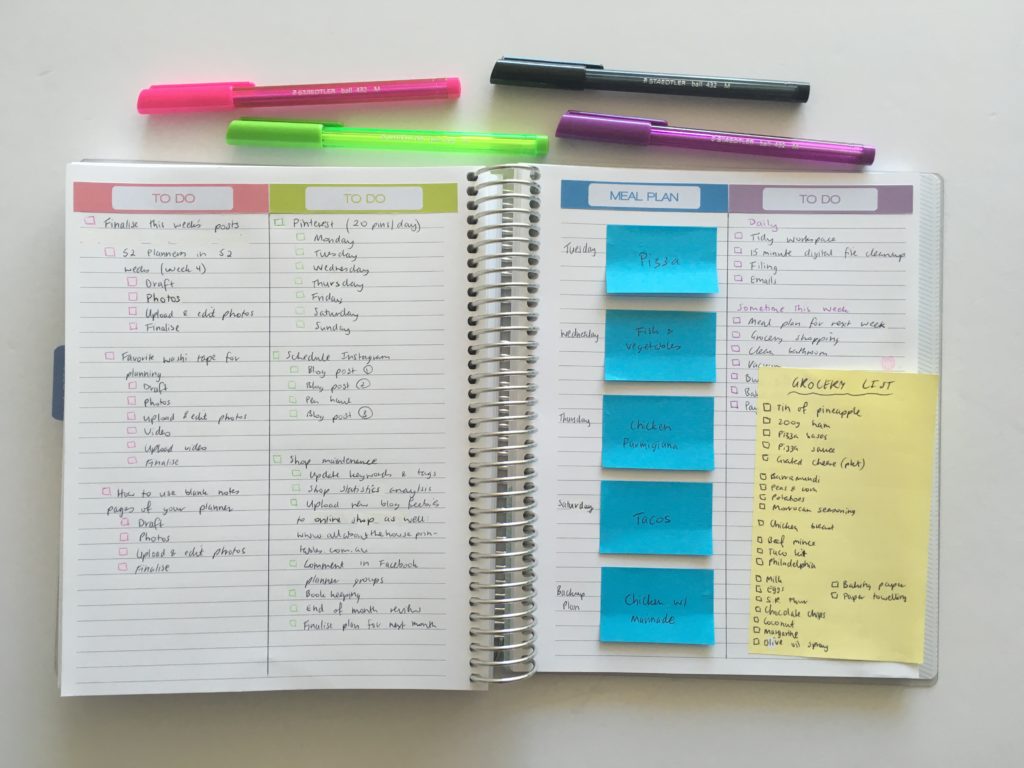 Related: How to color-code your planner so you’ll actually use it effectively and Week 3: Plum Paper Vertical Planner – Better than the Erin Condren? 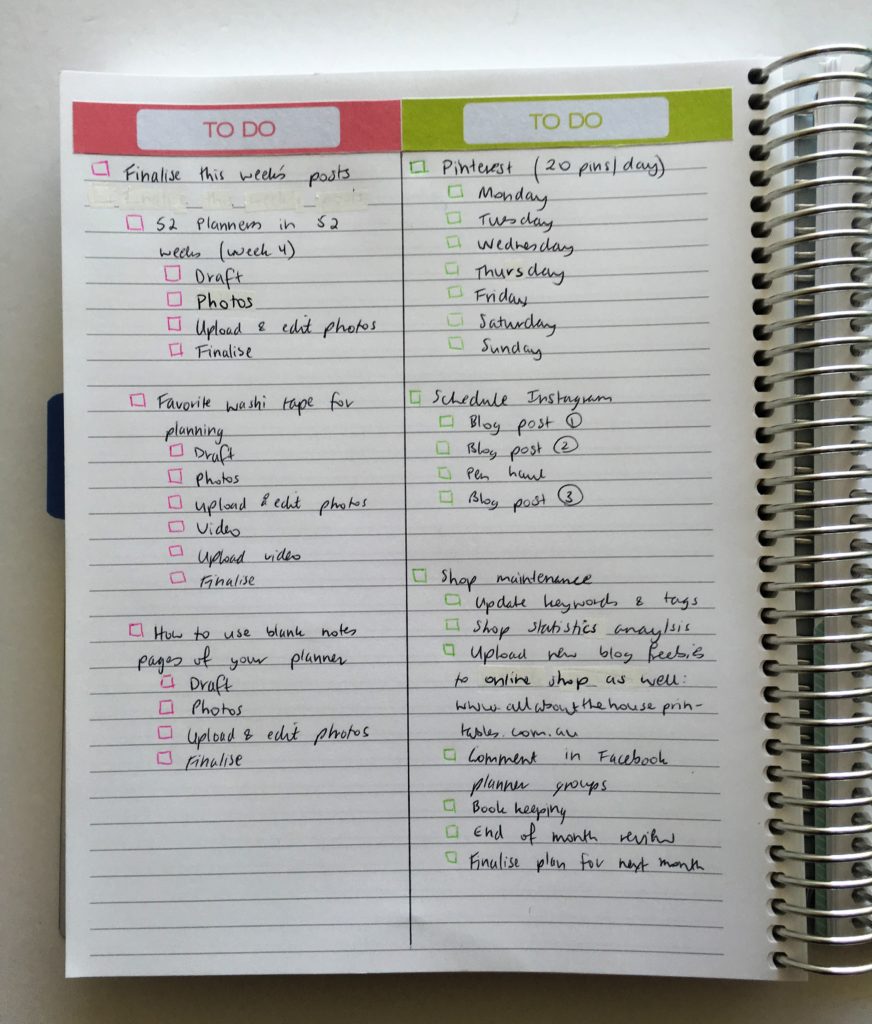 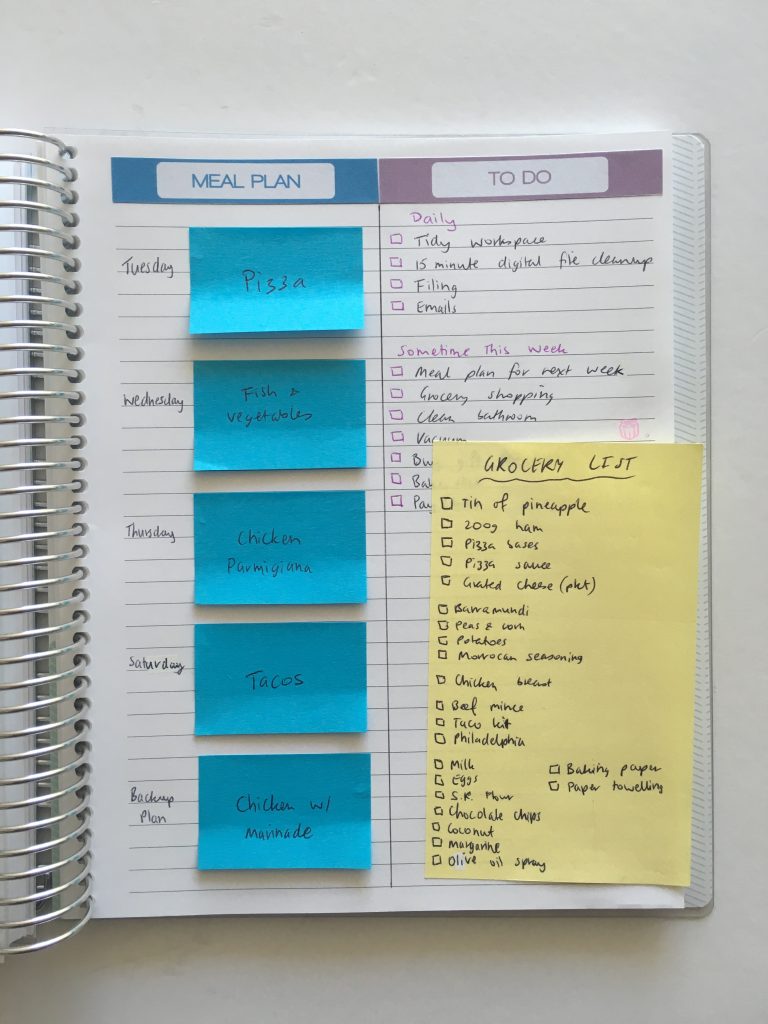 Would I Use This Layout Again? 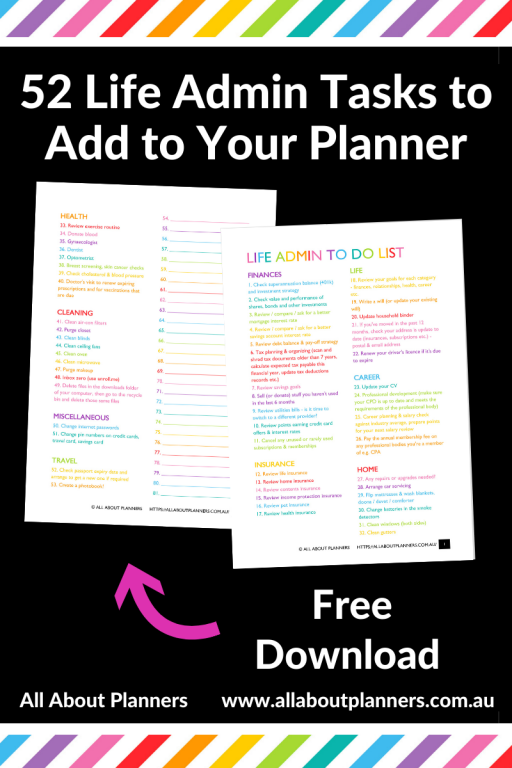 Catch up on past weeks of the challenge: