Living in Queensland we don’t really see autumn colors so when heading to Europe I planned basically the entire itinerary around countries that would have pretty autumn colors – the first of those being Finland.

Not wanting the hassle of hiring a car and driving in a foreign country, I opted to join a day tour that would take me to a Finnish forest!

The tour I decided on was one I found on Viator: Explore the Wilderness Photography Expedition with Beyond Arctic Tour Company in Rovaniemi. This post is not sponsored, just telling you want company I used if you’re thinking you want to do a similar walk to the one I did.

The tour company took us to the Arctic Circle hiking area outside Rovaniemi. 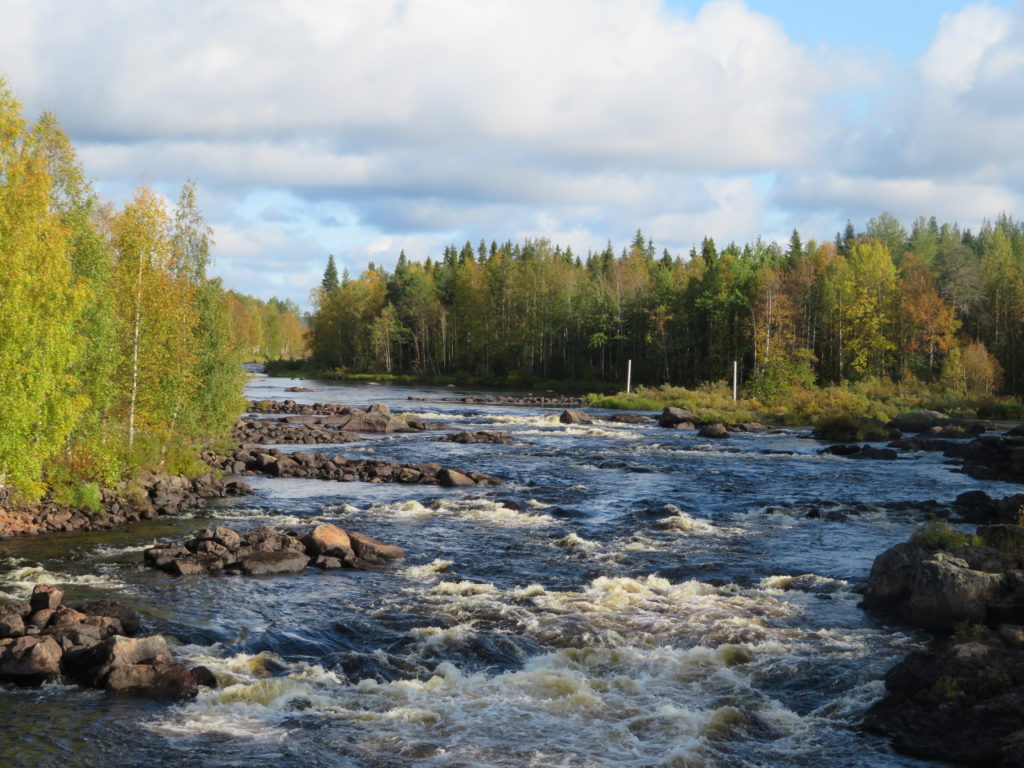 Despite the name of the tour, it was really just a casual walk through the forest along duck boards (those timber planks you see in wetlands), rocks, some tree roots and slight inclines in some places. Similar to a bushwalk in Australia but through a Finnish forest instead.

View at the top! The route involved walking in a loop with this viewpoint the halfway mark 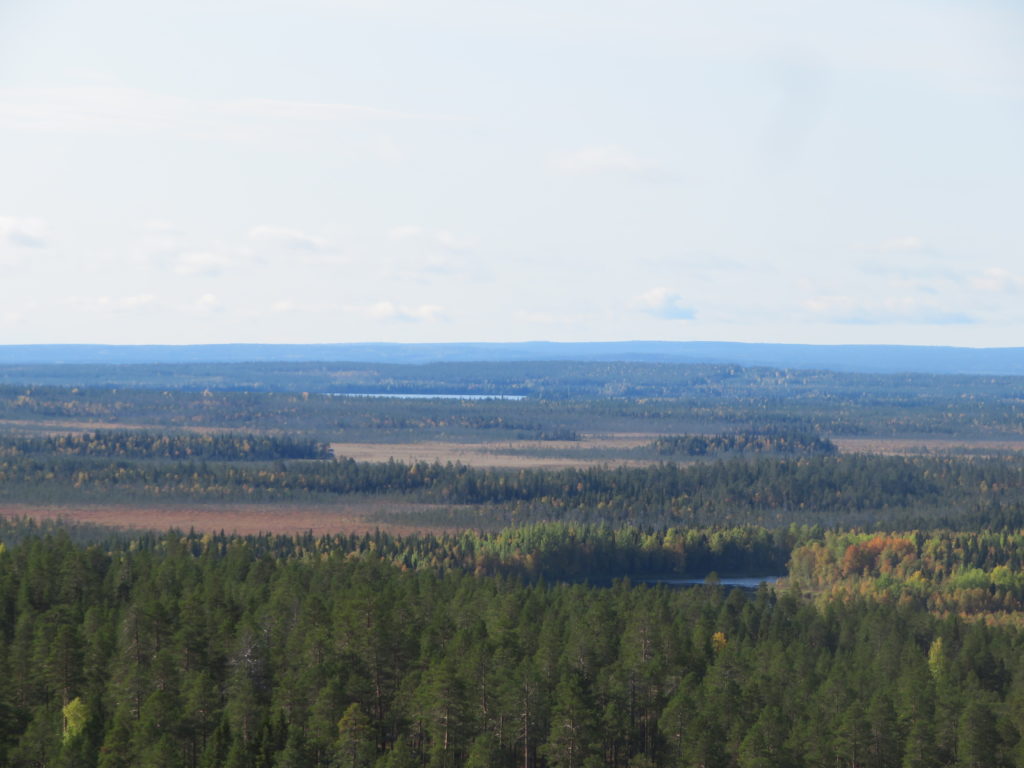 Visiting in September meant not having to worry about snow or ice so it was fine to just wear my sketchers.

Sadly we were a little early for the Autumn colors which were about 1 – 2 weeks later than normal according to our guide. There was still pockets of yellow trees and some starting to turn. 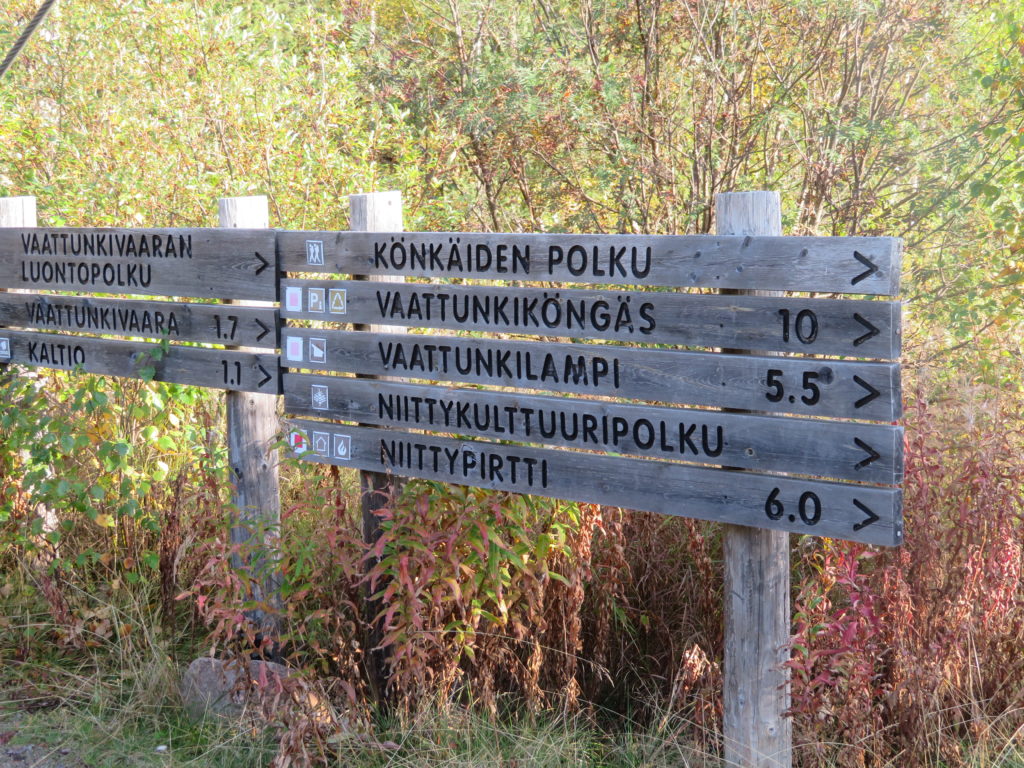 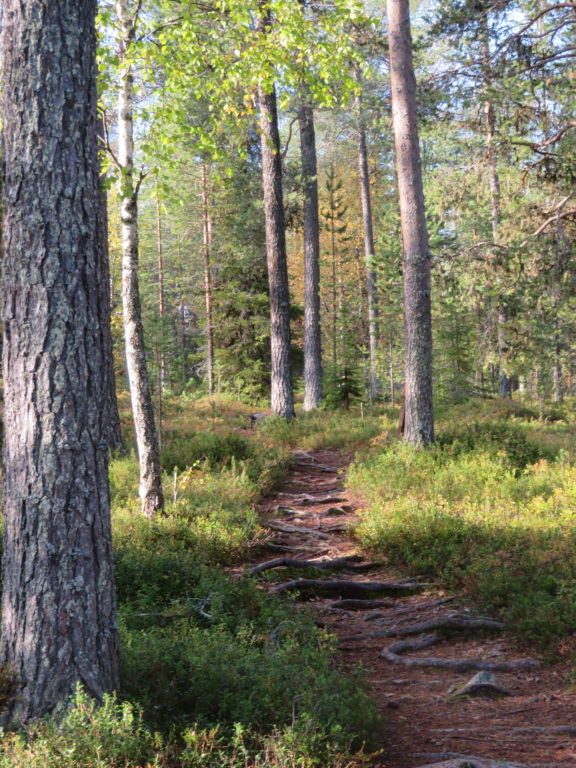 Just one of many photos I took of leaves 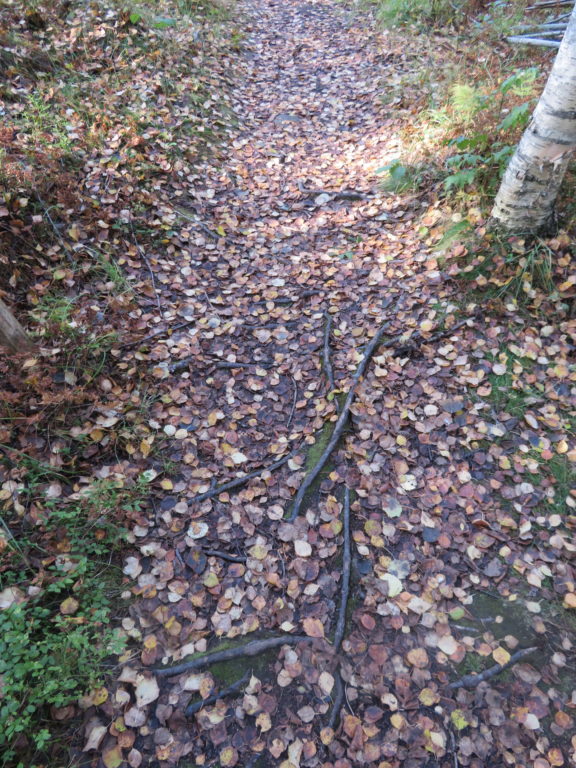 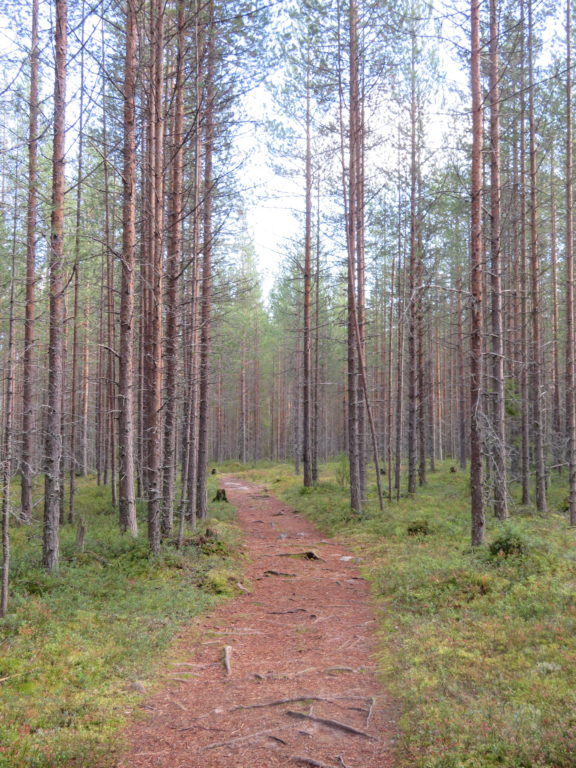 The guide explained various unique-to-Finland things along the way, showed me what camera settings to do some macro photography of leaves and mushrooms. The guide also took as many pictures of us as we wanted on their professional camera (which she emailed to us after the tour) and pictures of us on our own cameras too. 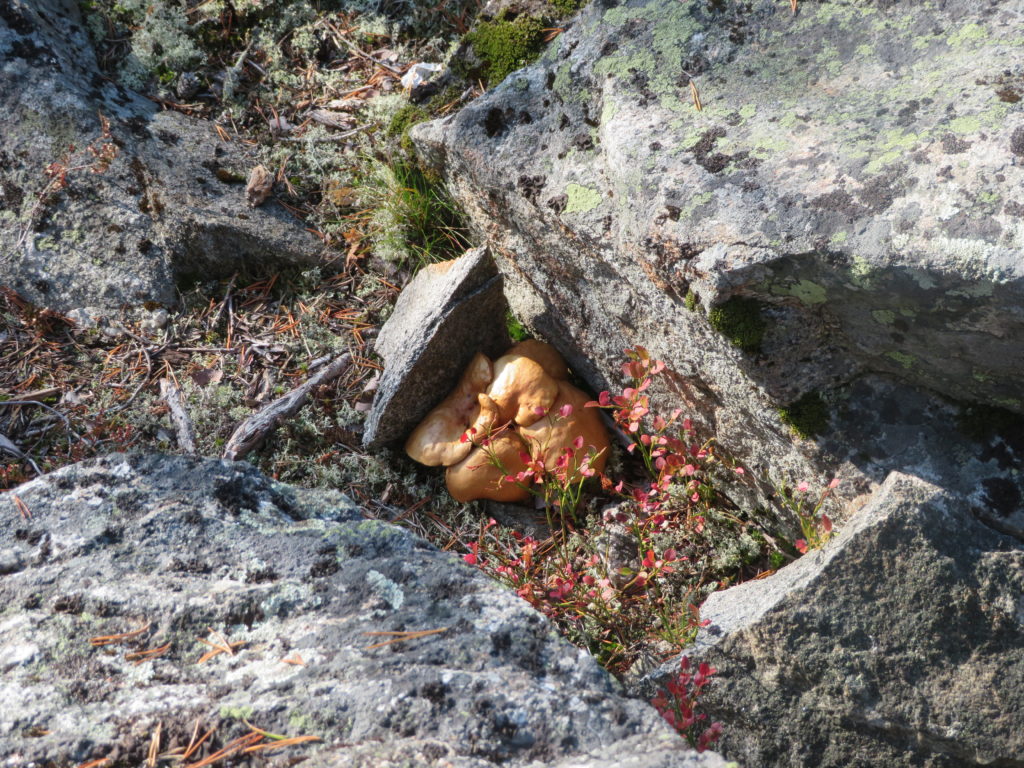 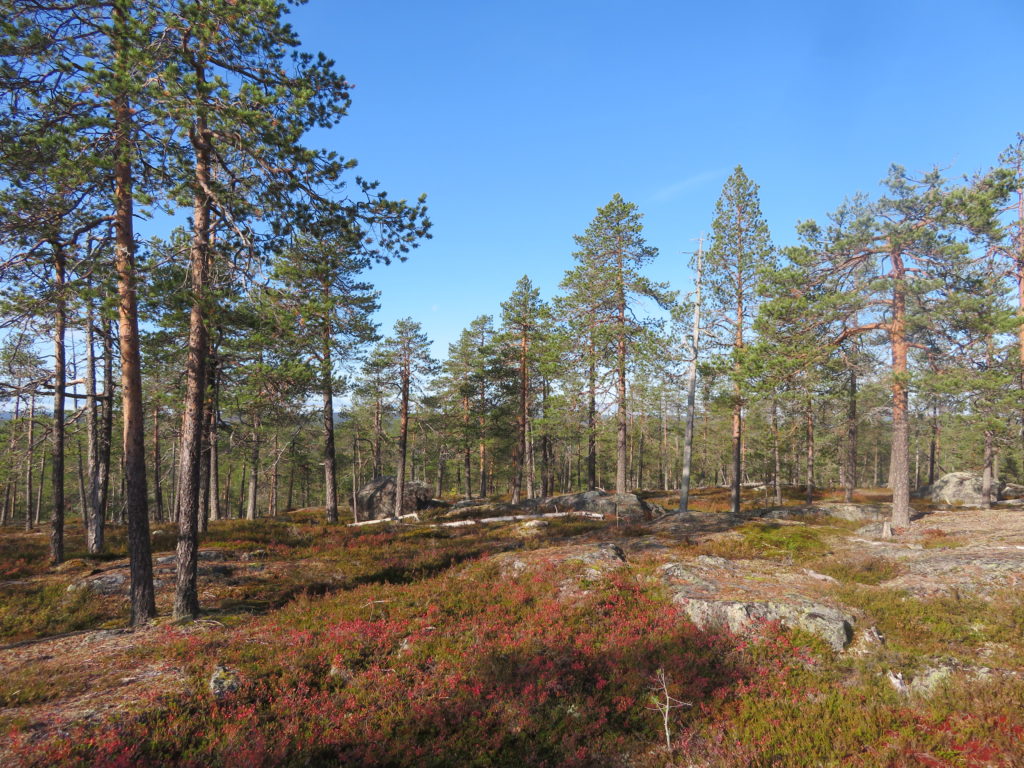 Barely saw anyone else the entire day! 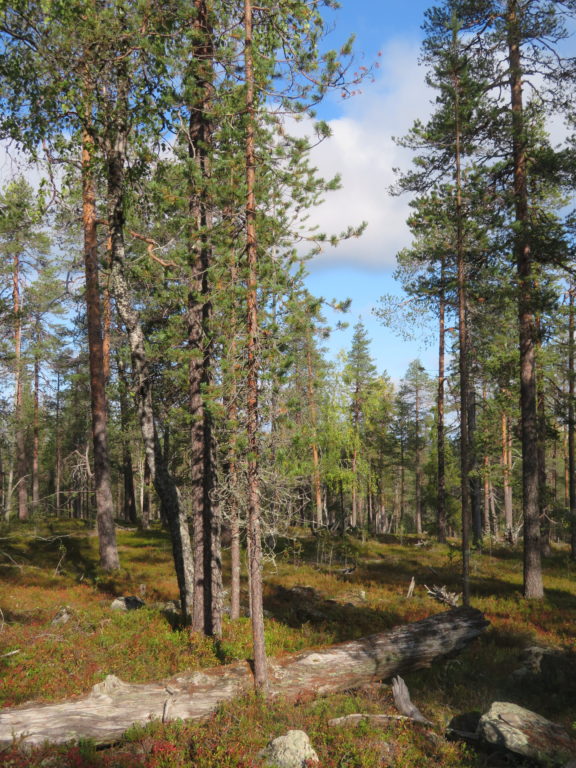 The tour left from the Beyond Arctic Tour Company’s office (Rovaniemi is small no matter where you choose to stay you’ll probably be within a 15 minute walk – for us it was across the street!) The tour departed at 10am in their mini bus. By visiting off-peak it ended up being a private tour with just my family (4 of us plus 1 guide / driver).

The tour company supplied backpacks, water bottles, small mats for you to sit on so you’re butt doesn’t get wet, toilet paper for the drop toilet (at least there was a toilet…). Lunch consisted of cheese sandwiches grilled over a fire – yum!

The tour returned to Rovaniemi at 3pm. When we mentioned we were spending the rest of the afternoon at the Artikum Museum the guide dropped us at it’s front door.

Driving back into town – can you spot the reindeer in this photo? 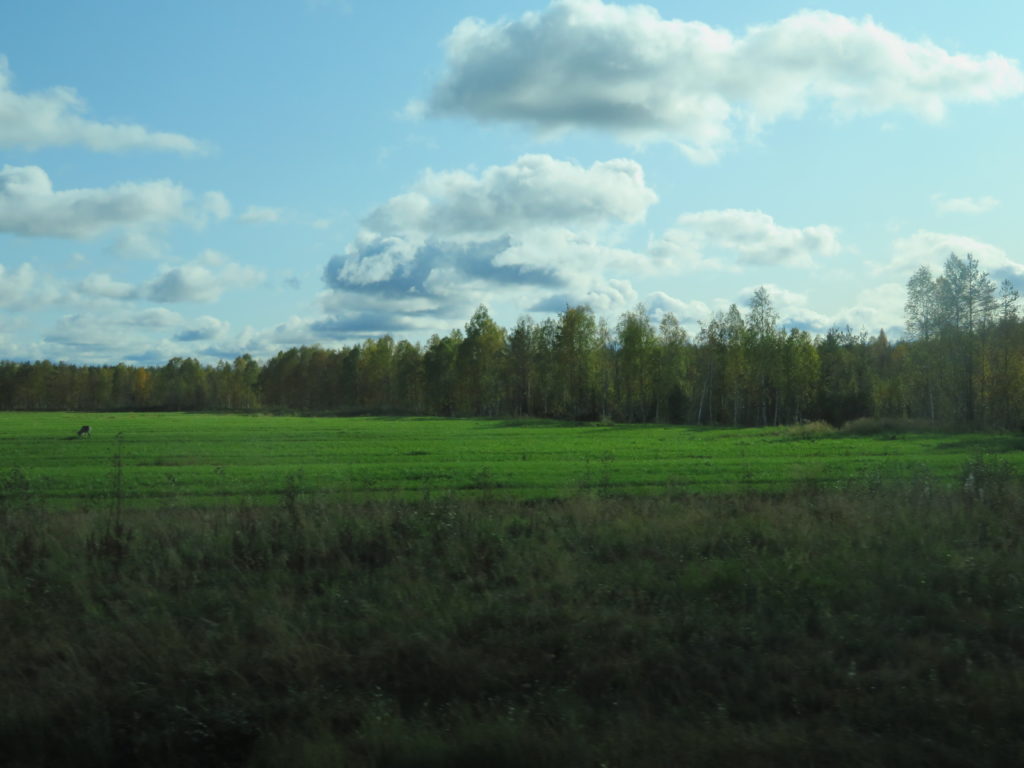 Would I recommend this?

Overall it was a good day and if you have the time I’d recommend adding it to your itinerary.

If you live in the northern hemisphere taking a walk in a forest might not seem that exciting. But to an Aussie that’s used to the scrub or desert, I enjoyed it. You can also do the tour in winter however the guide said it takes from sunrise to sunset to do the same route due to ice / snow. If you have time for an extra day in Rovaniemi this is a good option.