The Colosseum. Everyone’s heard of it… so given it’s a must see on most tourists’ bucket lists, expect to pay if you want to see it!

After the tour company (Cosmos in case you were wondering, I do NOT recommend touring with them) changed the organized tour itinerary last minute to not include going inside the Colosseum, I asked myself, is it worth paying the extra to go inside? 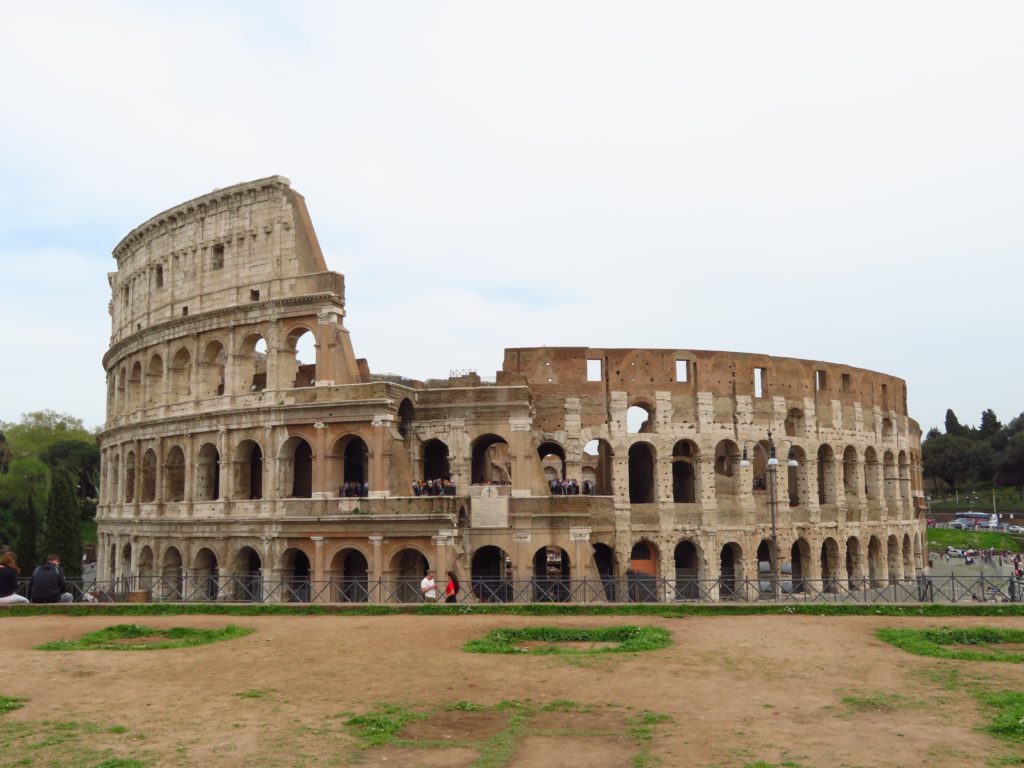 Well… I’m so glad I went ahead and booked a tour to see the inside as I think it was definitely worth it!

Yes the Colosseum looks just like it does in photos you see online and yes it’s unlikely to change anytime soon since it’s been the same way for thousands of years, but you go all the way to Rome.. you’ll probably regret it if you don’t see inside it.

I did skip the line with one of the tour company’s listed on Viator (to be honest I don’t think it really matters which one you chose, just pick the one with the timeslot that suits you). You have to pay extra for underground and if you want to visit the highest level. I don’t think you need to pay extra for these as you get a good view with the standard ticket.

The Roman forum is included as a combo with most tours but I don’t think it’s not a must do. It does have a good view from top of the hills but the best view of Rome can be found (in my opinion) at the top of the Frederick Emmanuel Monument. 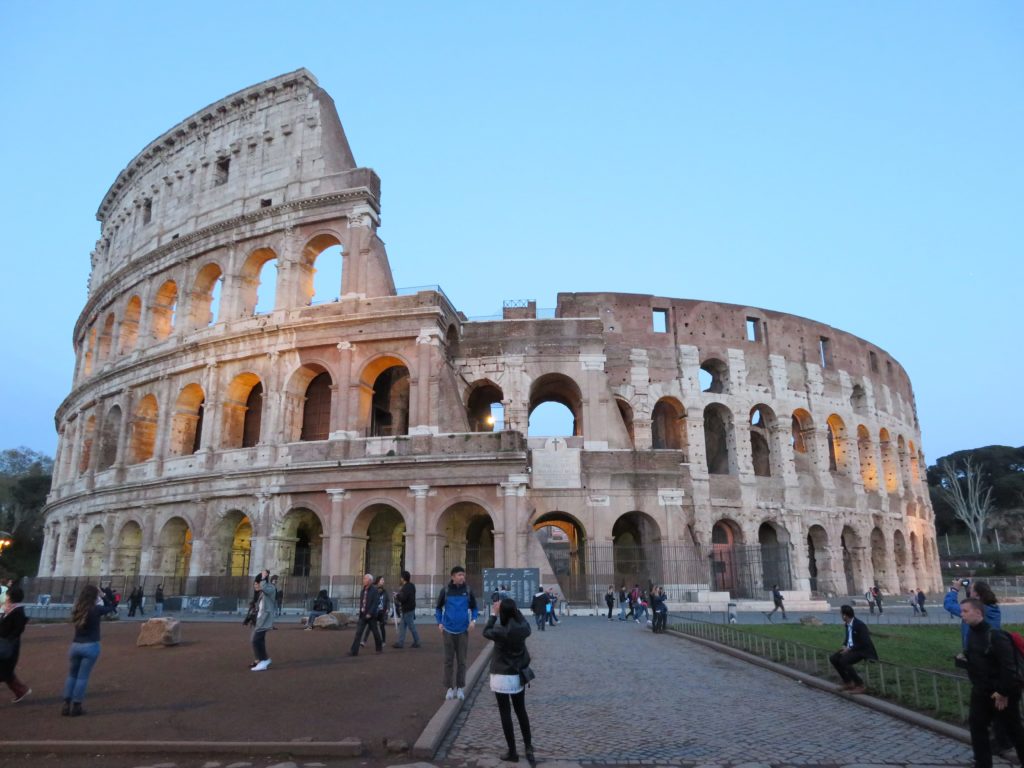 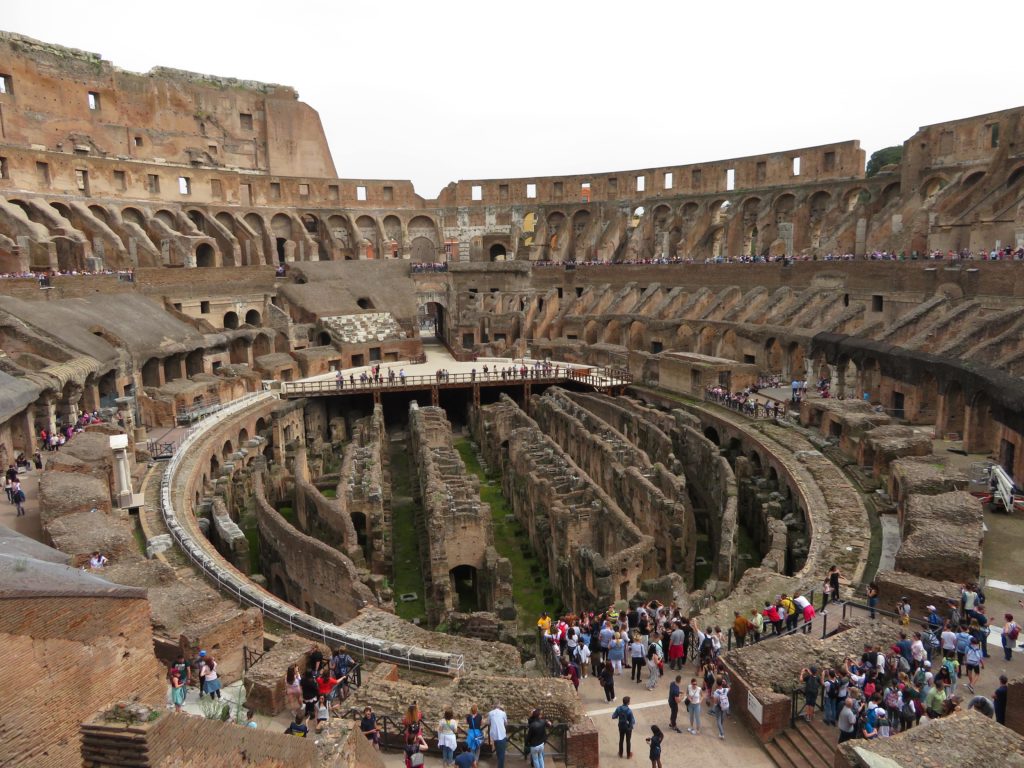 Best time of day to visit

As for what time to go? I always try and go to popular attractions right on opening time (the only time I get up early!) Wasn’t possible this time as I had to book it last minute the night before. Didn’t turn out to be a bad thing in the end – we booked the ticket for 2pm and breezed straight in.

The sunlight was good for photo taking at 2pm when I visited (mid April).

How long do you need? I’d allow an hour and a half to walk around the whole thing  (the ticket I got gave you access to 2 levels). 1 hour minimum – it’s a busy attraction so may have to queue for the best photo spots. 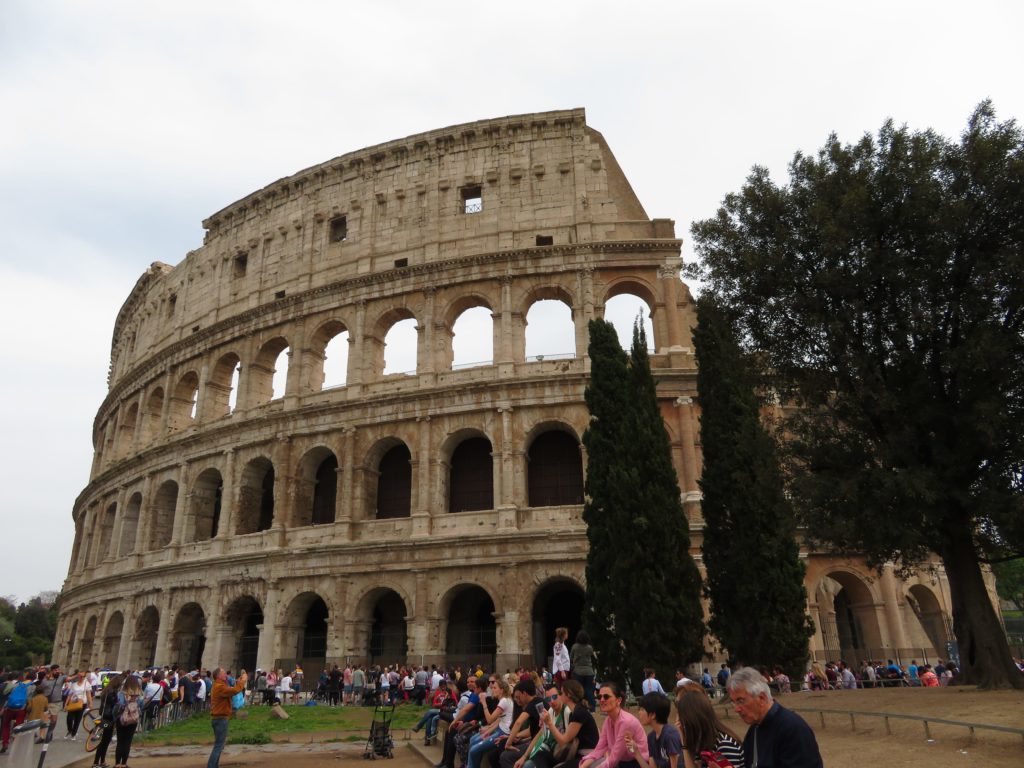 Photo taken at dusk soon after the lights came on 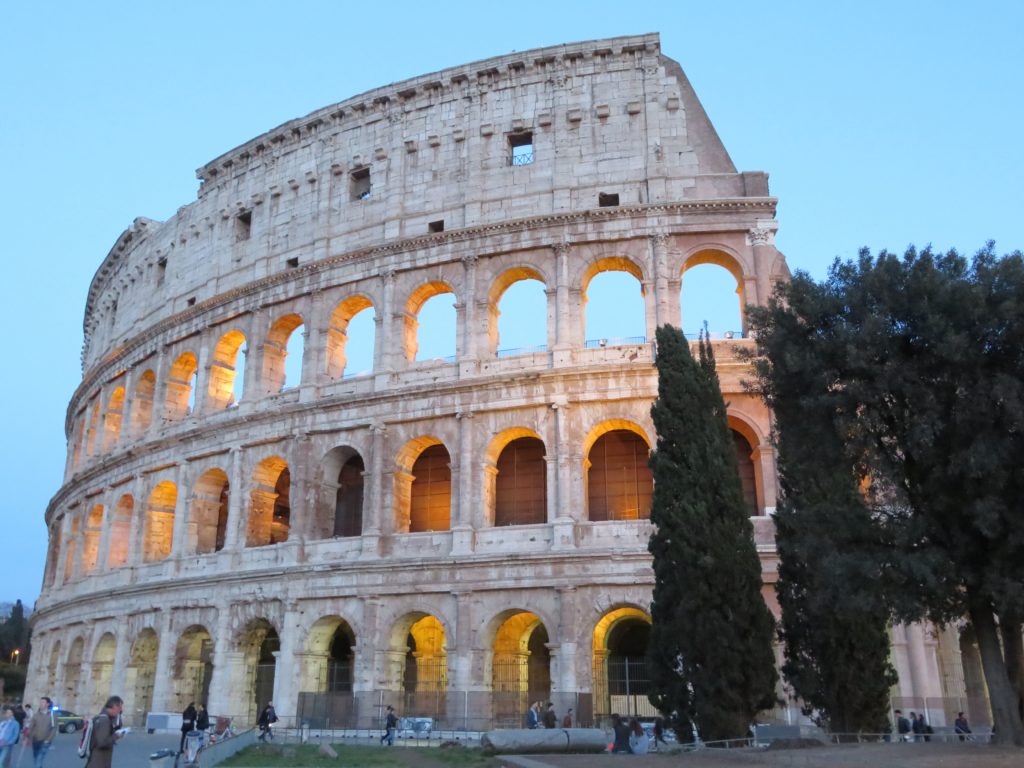 Do you really need a skip the line ticket?

Yes, definitely. Otherwise you could be turned away if the Colosseum reaches capacity. If you don’t pre-buy a ticket you could spend hours queuing in the sun. I know I’d rather spend my holiday seeing stuff not waiting around in a queue…

The best way to explore Rome is on foot. It only took me 30 minutes to walk through the hub of Rome from Castel Sant Angelo down to the Colosseum. However, if you’re staying outside of the city, the Colosseum can be reached by the metro (Colosseo station is right in front of the Colosseum). I was hesitant about the metro but it was easy and didn’t feel unsafe or unclean and it was easy to buy a ticket from the vending machines in the station. 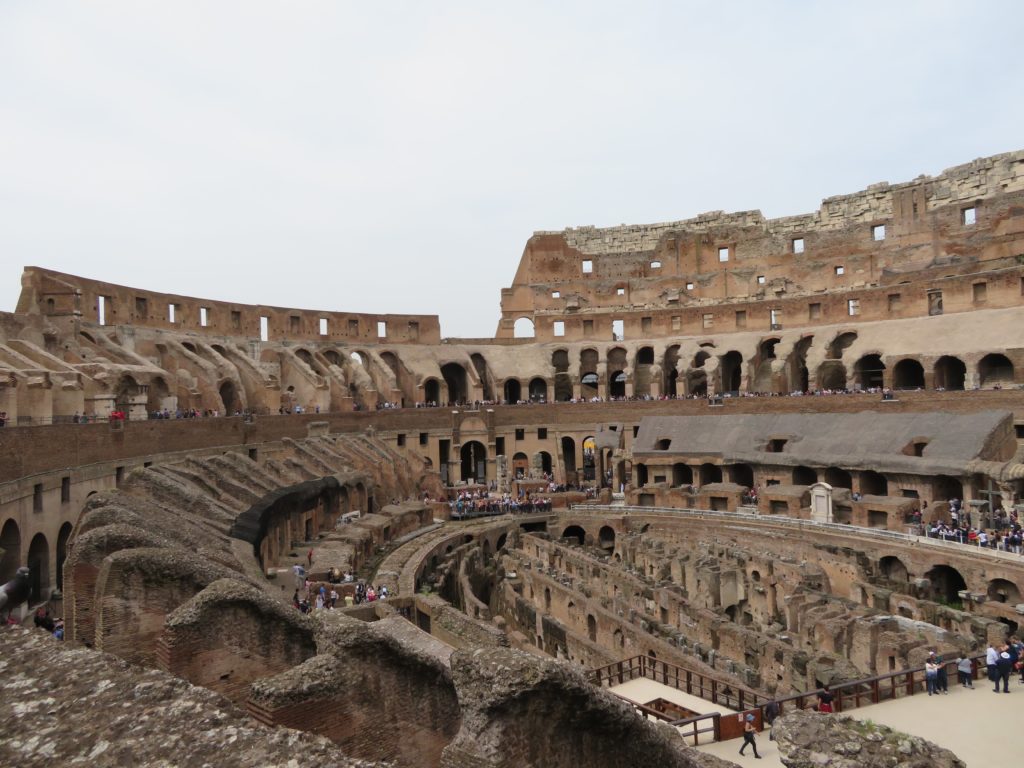 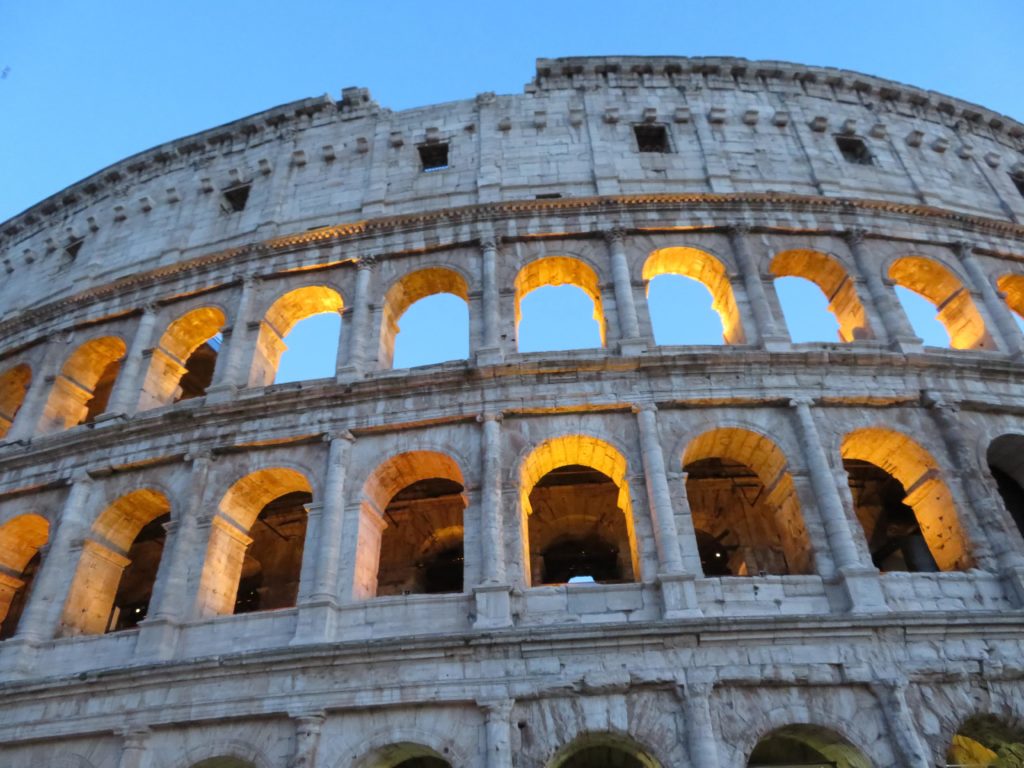 Best places to take a photo of the Colosseum: 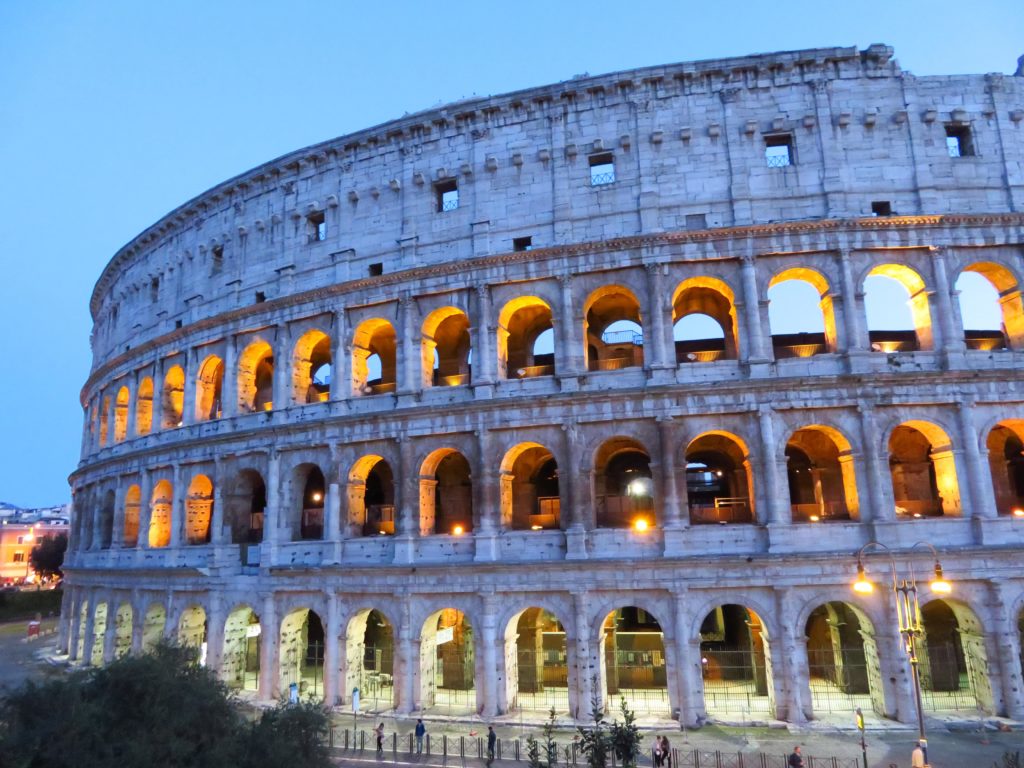 I personally prefer landscape photos although this portrait one turned out ok! 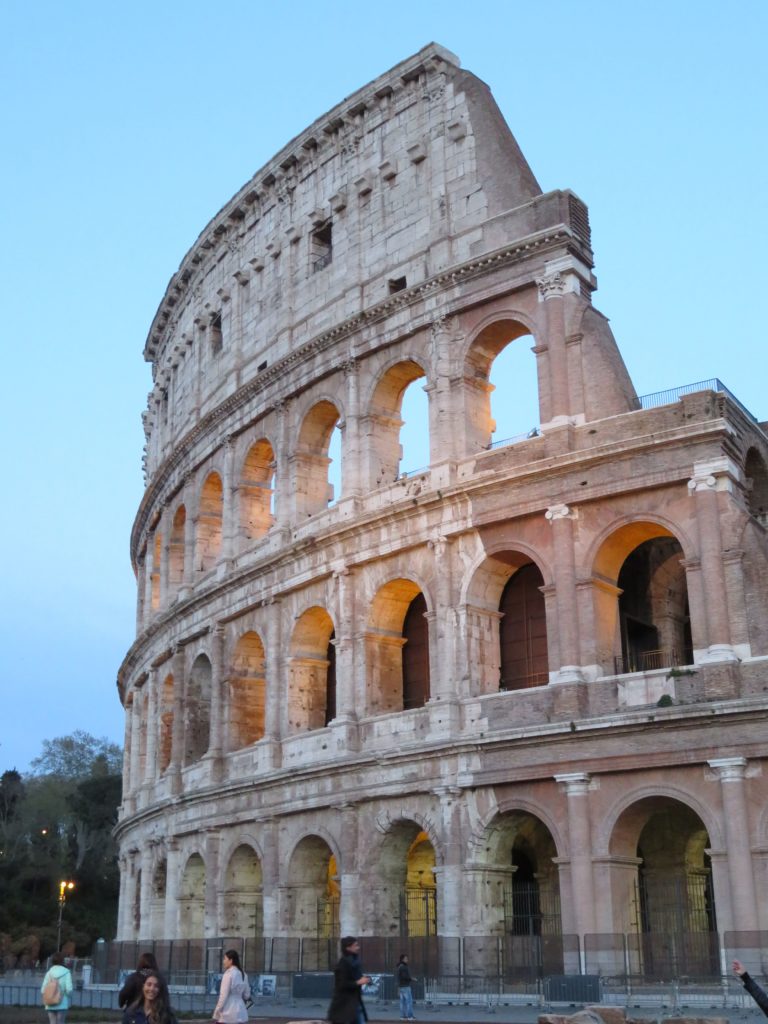 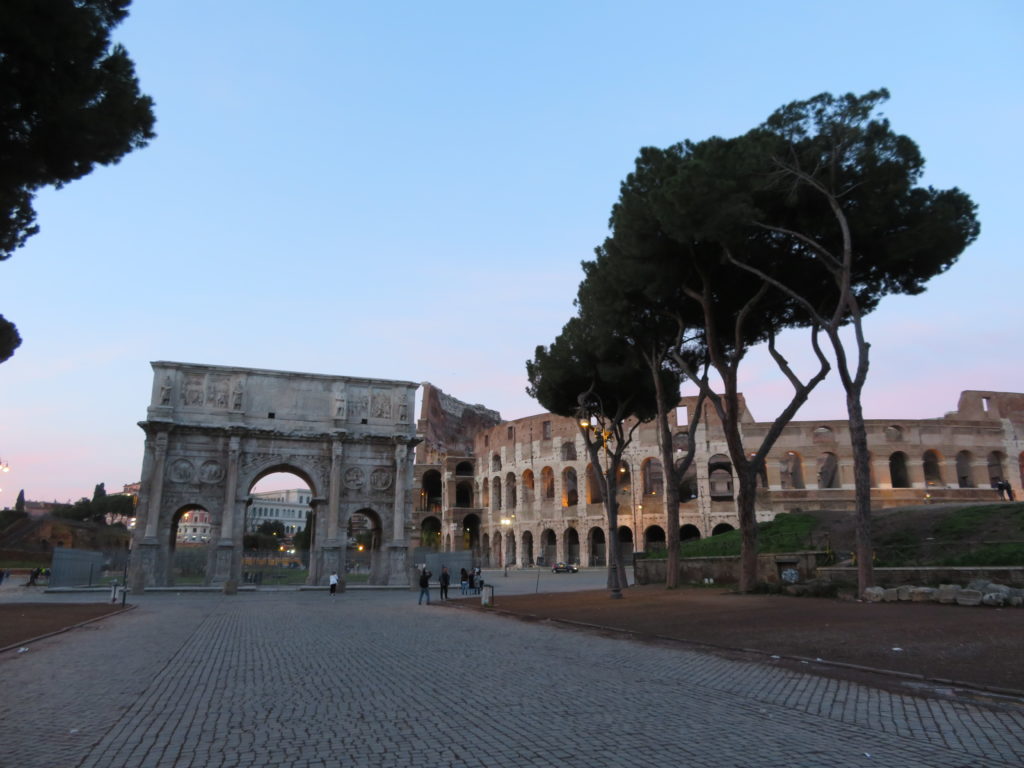