After seeing pictures of Giethoorn when researching day trips from Amsterdam I immediately wanted to go there. Cute cottages with thatches rooves, perfectly maintained gardens and canals it reminded me of the Cotswolds.

Normally I prefer to do day trips via public transport (i.e. on my own schedule) but the time it would’ve taken to get to Giethoorn and changing from a train to a bus and then timing it to get back to Amsterdam just wasn’t working out so the only option was to join a bus tour. I found a tour on Viator which included the Enclosing Dike in the morning and Giethoorn in the afternoon.  It didn’t get off to a good start…

After arriving at the tour company office (Lindbergh Travel) at Amsterdam Central station at the time stated on the ticket, we were told the bus isn’t actually leaving for another 45 minutes (i.e. they just put a super early time because there’s hardly any staff there to check you in and they’re banking on stragglers showing up late). The bus was packed (about 60 people).

After driving for about an hour and 10 minutes along a not very scenic route, we reached the enclosing dike.

The enclosing dike was finished in 1932 to create a dam and protect against flooding. Like a lot of the Netherlands, the land that the road is built on in the photo below is reclaimed land (was built, it’s not natural).

Up about 2 story’s from the road level is a lookout tower (where I took this photo) and a bridge you can walk across to the other side.

it was so windy I felt like I was going to be pushed over the edge of the barrier onto the road below so didn’t walk across the whole bridge. It was a nice view from the top but a quick 15 minute stop would’ve been enough, instead it was about 45 minutes. Enough time to encourage people to buy something from the gift shop and food stand of course.

There isn’t really anything to do at the dike other than a quick photo stop. I didn’t really care if I saw it or not, it was just that all the day tours to go to Giethoorn seem to include this as a time filler to pad it out to a full day trip. 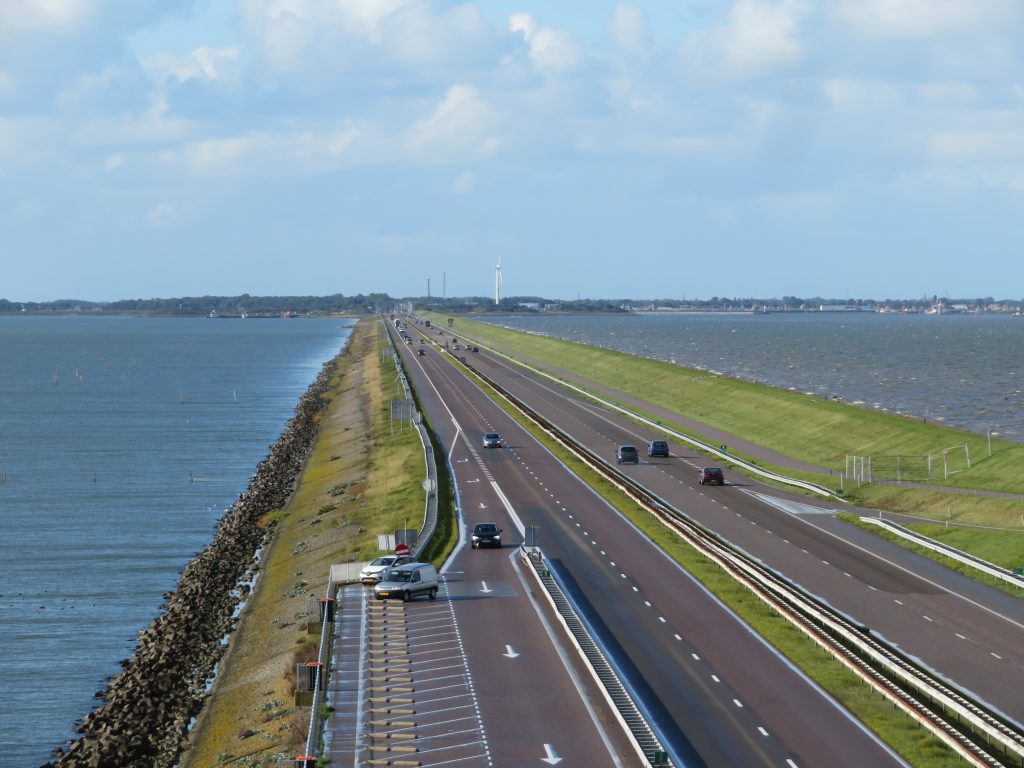 After piling back onto the back and another hour an a half later (i.e. a lot of the day was spent on the bus – going to the enclosing dike was about 2.5 hours out of the way), we arrived in Giethoorn.

2 words come to mind when I think about Giethoorn: tourist trap. It looks cute in the photos (and in person)… but there’s not much there other than an overpriced boat ride, overpriced food shops, a tiny museum and some canals to walk along.

I thought there would be multiple canals where you could cross the bridges and wander amongst the village for a few hours. In reality, there was really only 1 main canal, and those cute bridges (there are more than a hundred of them) either lead to overpriced tourist shops or people’s private houses with gates across the bridges so you cannot actually walk across them. I also noticed something else within a few minutes of arriving. The large number of elderly people. While marketed as a tourist destination, I found out during my visit that it’s actually a place where rich Dutch people like to retire! 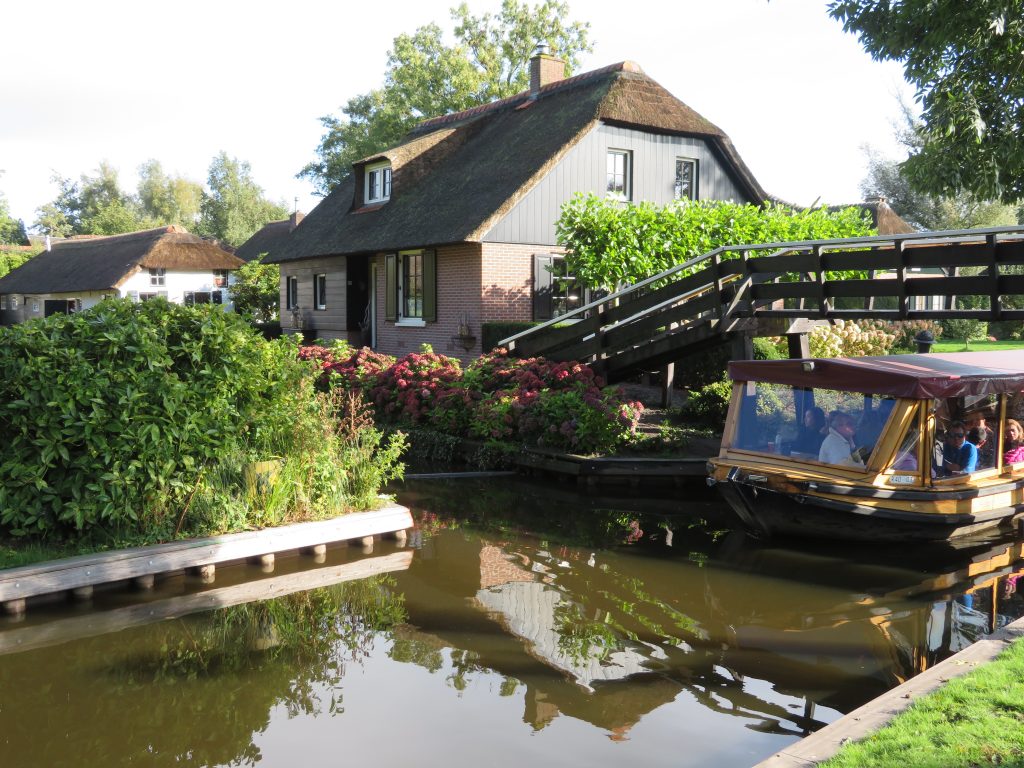 The canals are only about 1m deep so you don’t need to worry about falling in and drowing.

The main thing to do in Giethoorn? A boat ride where you’ll be sandwiched in with a bunch of other tourists as you drift so slowly along the canal you could almost walk faster. It was relaxing and I did get some good photos but it could’ve been done in half an hour. It reminded me of a Disney ride (the boats all travel in one direction) and the canals are so narrow the boats may as well be running on a track under the water. 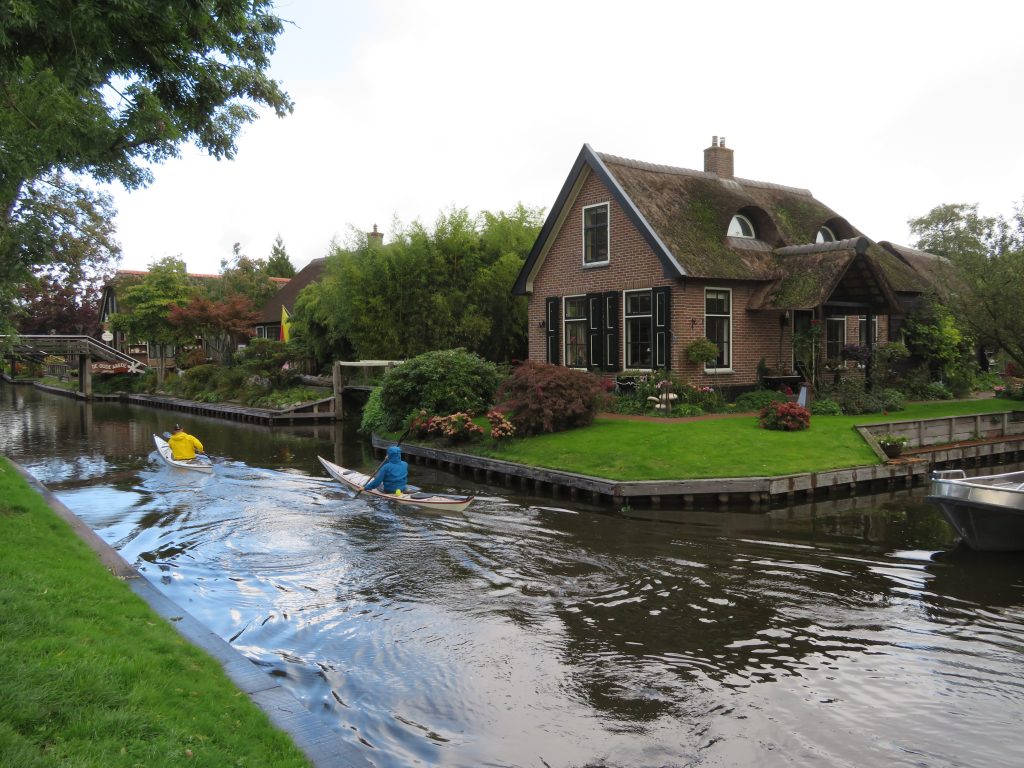 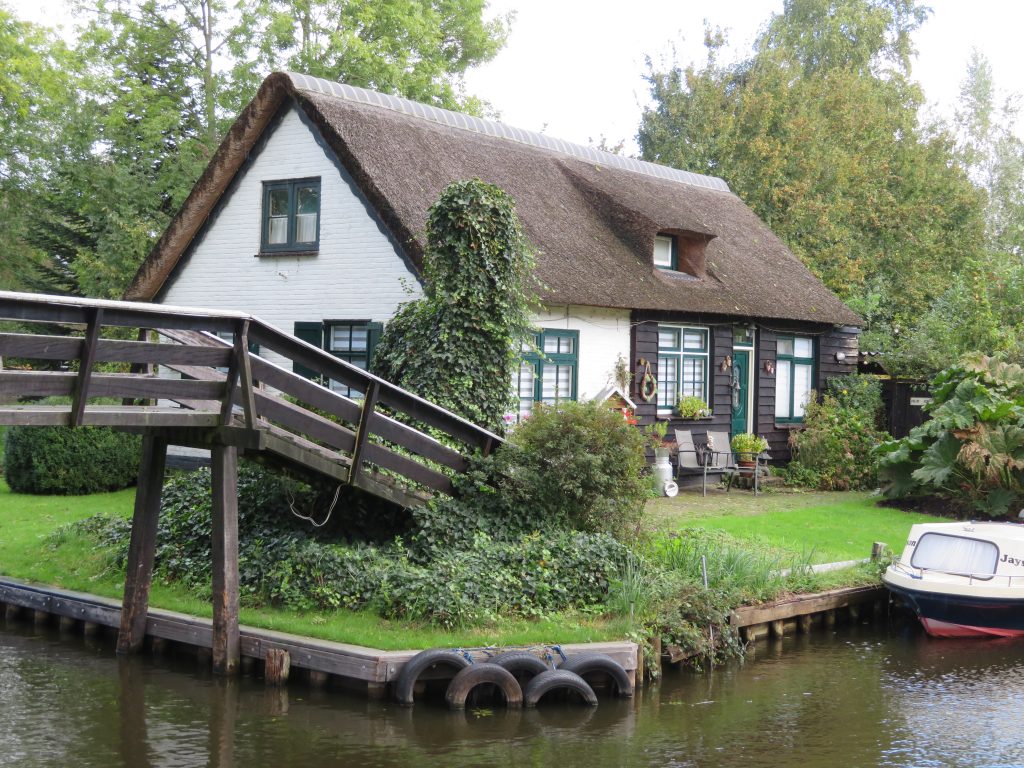 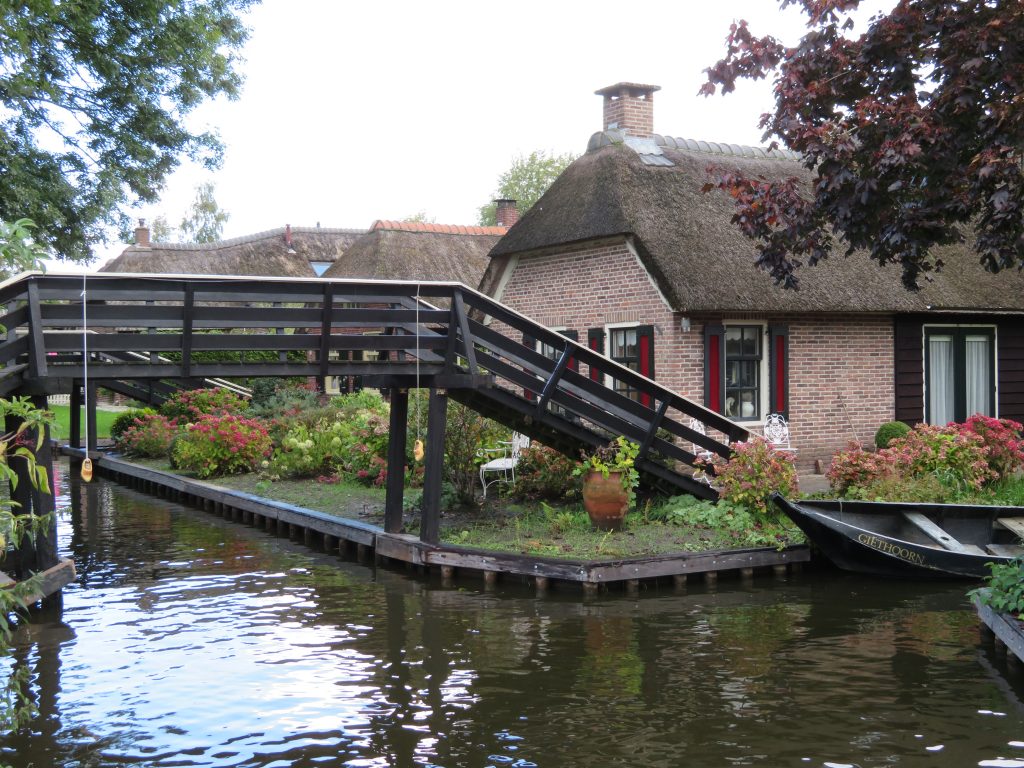 You can hire a boat and drive yourself around the canals but the people doing this didn’t seem to be able to steer them very well so it did clog up the canals for the bigger boats trying to get though.

The first half an hour of the boat tour is good, but then you get to the back of the houses / village and it opens into a large lake. We then drifted along the water to kill time and were forced to listen to the arrogant and greedy owner of the boat hire company bragging about how much money he makes. He then proceeded to show photos of the canals so packed with boats in the summer that you can’t really see the water while he made the money motion with his hands (you know that thing where you rub your fingers together). Then you drift back through the less pretty canals / houses back to the starting point. 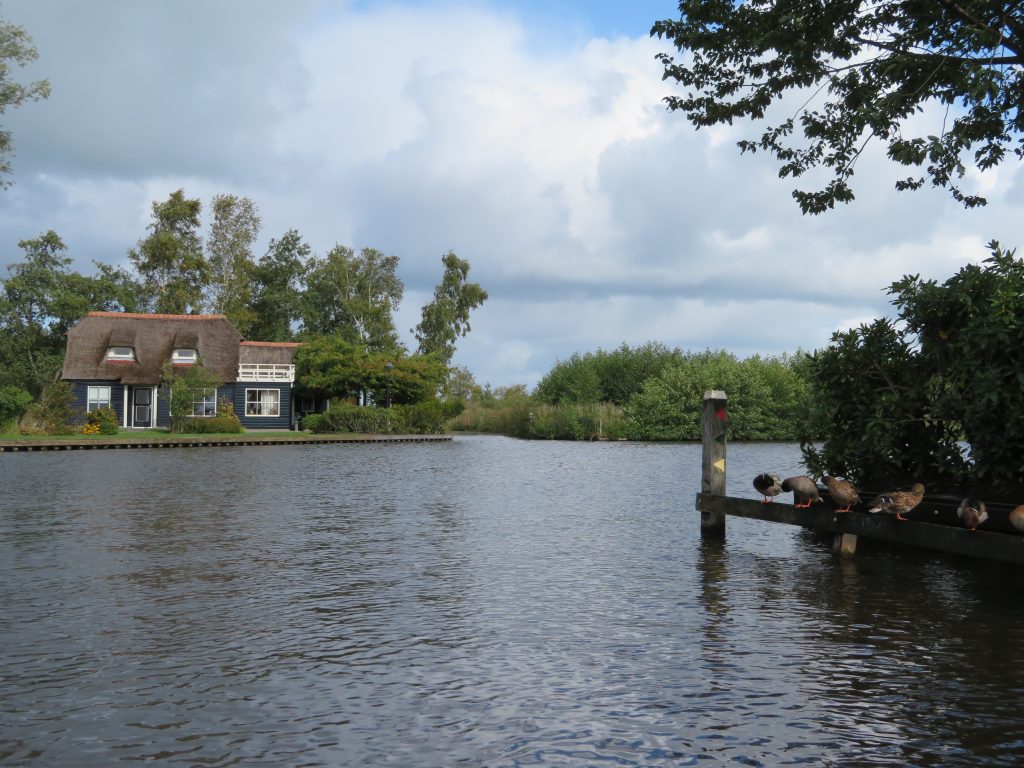 And then… you sit and watch the cute dogs and owners walking by, or wander around the village for the next 2 – 3 hours trying to find something to do to kill time. I can usually find something to see / do on a day trip – this is the first time ever where I have gotten back to the bus well before the time you’re supposed to (an entire hour early) because I was so bored.

The most pathetic single scoop of ‘gelato’ that wasn’t even gelato (just crappy ice cream), with a rip off price tag to match. 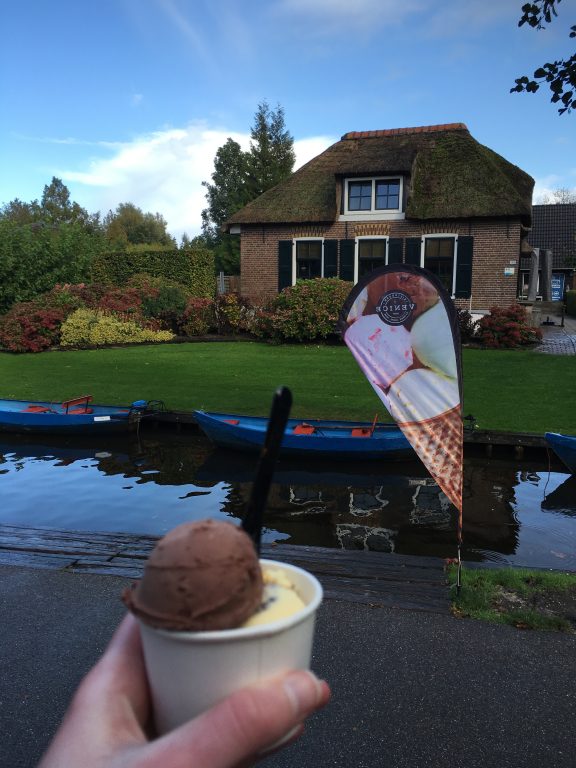 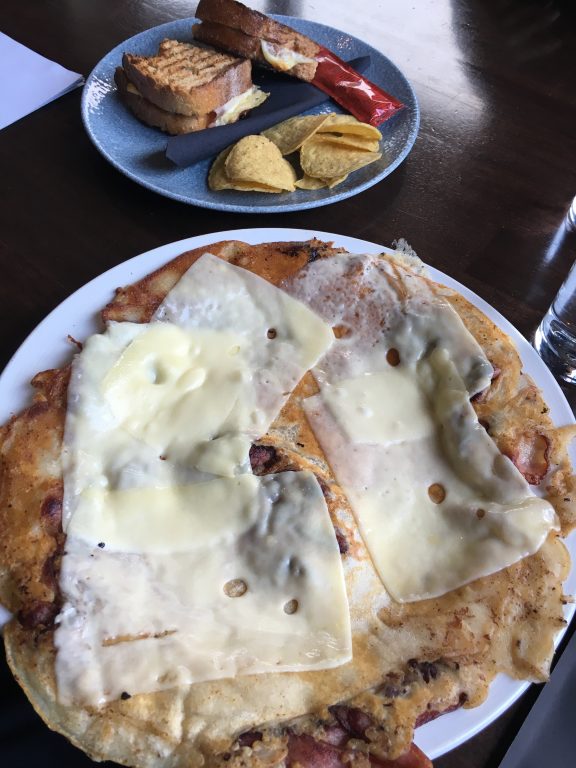 The museum was tiny (only 1 building) and expensive so I skipped that. I wandered up to the supermarket behind the village, wandered the canals twice in each direction taking photos.. and it still wasn’t time to leave yet. 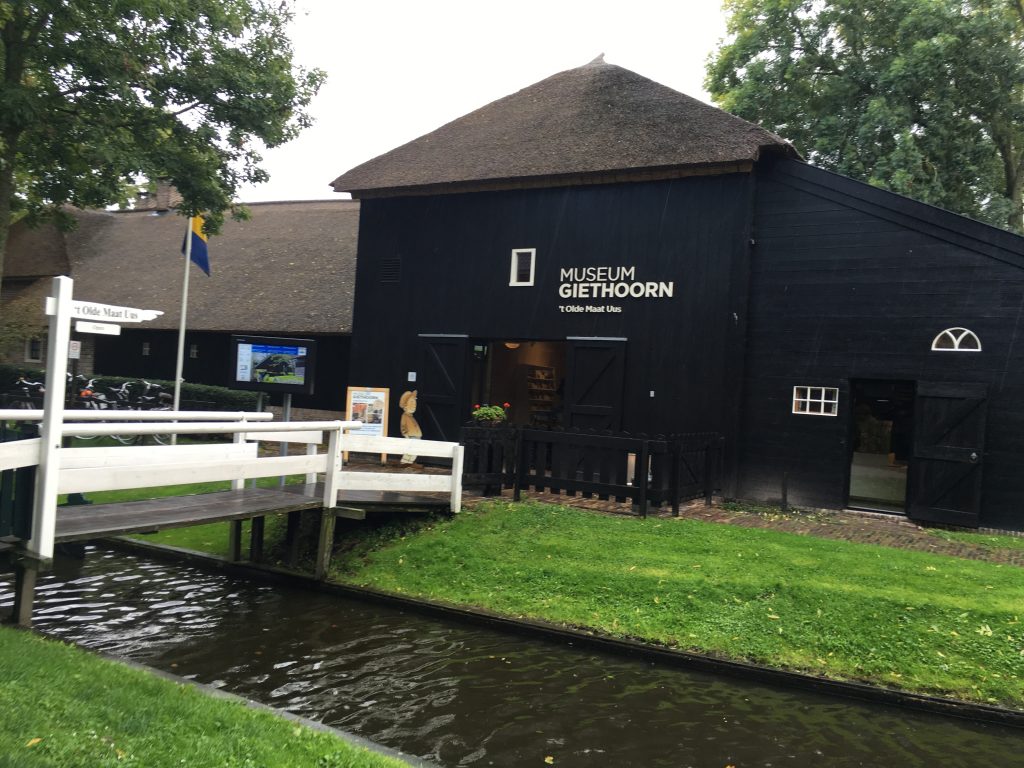 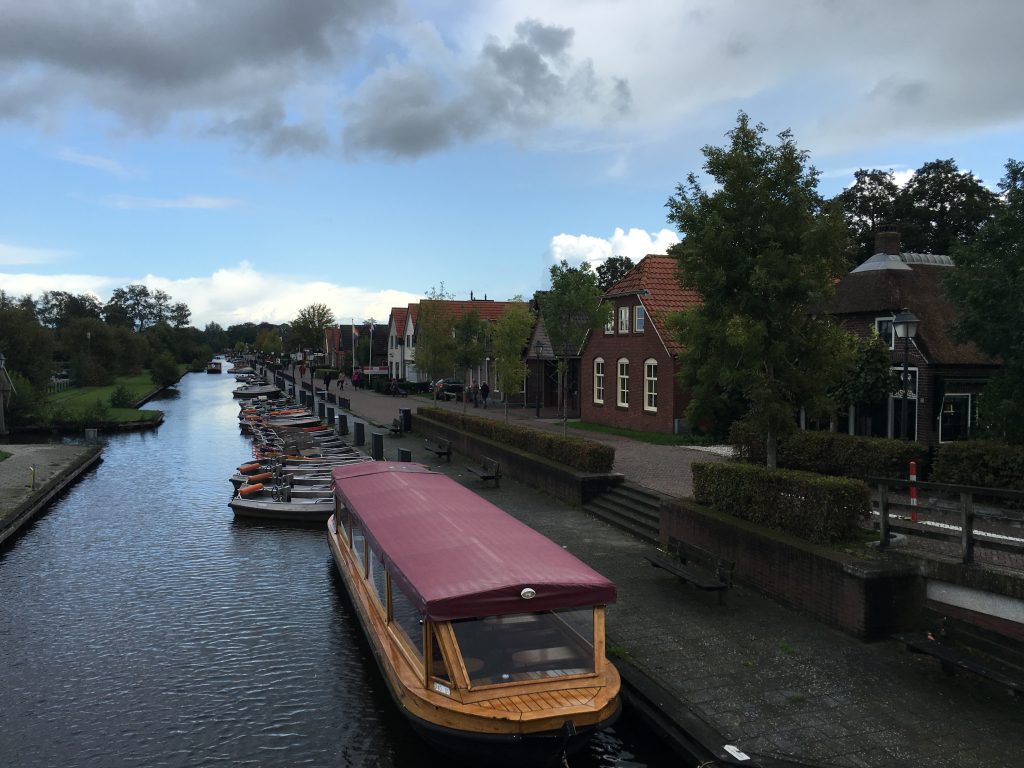 This was also the first tour where everyone got back to the bus half an hour before the allocated time to leave. While we were waiting to leave the owner of the tour boats sped off in an expensive car (an Audi or Mercedes – I can’t remember exactly but one of those expensive cars). What a disappointing tourist trap!

Plenty of windmills on the drive back into Amsterdam 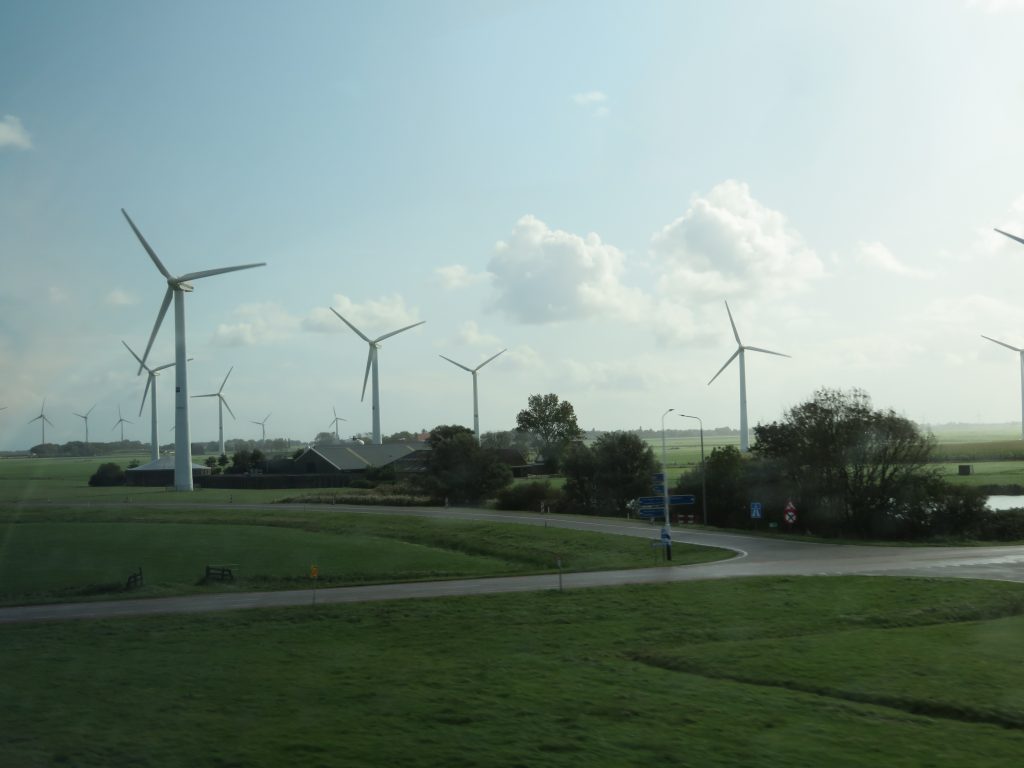 Time of my visit: first week of October 2019

Do I recommend this day trip?

As you’ve probably guessed from my comments above… no. If you want to travel very slowly and spend a week or 2 in the Netherlands then maybe, but if you’re short on time (which in Europe constantly seems to be a problem with so much to see!) then skip it and do one of these day trips instead: Zaanse Schans and The Hague or Volendam, Marken and Edam.

It was going to take 2 hours each way to get to Giethoorn via public transport and the cost would’ve worked out much the same as joining a bus tour. If you’re comfortable with hiring a car and want to do this day trip on your own, the bus left Amsterdam central bus station heading along E22 (the Enclosing Dike is the road going through the middle of the water), before looping back to Giethoorn and then back to Amsterdam along A6. I think the whole thing could’ve been done in half a day.

It’s a pretty little village and nice for a quick visit, but 2 hours (3 hours if you eat lunch there) tops is all you need.

I think hiring a car and visiting Giethoorn as one of the stops during the day along with other attractions (e.g. you could go to Muiderslot castle) would make it a much more enjoyable day. I couldn’t find any day trip / bus group tour trips with this itinerary at the time of my visit but if they offer than now definitely do that and skip the Enclosing Dike! 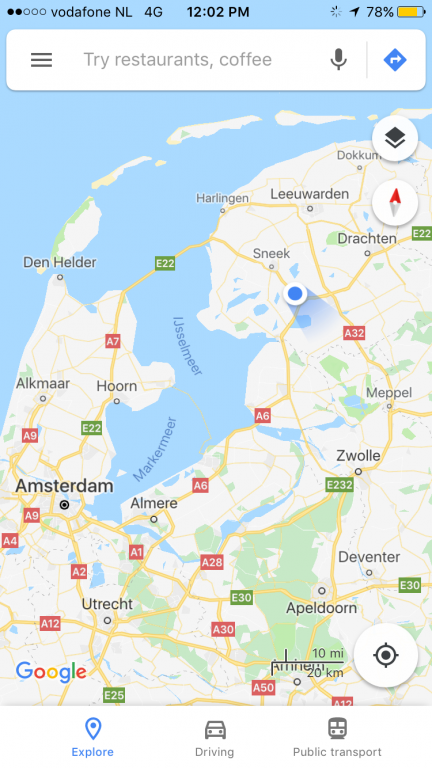