If you’d prefer to avoid planes, the Eurostar is the next best thing! I took the train one way from Amsterdam to Brussels, here’s everything you need to know if you’re thinking about doing the same. I’ve also done the Eurostar from London to Paris, the experience was much the same except the security check in (which I’ll get to later in this post).

Information current as of the time of my visit in October 2019. 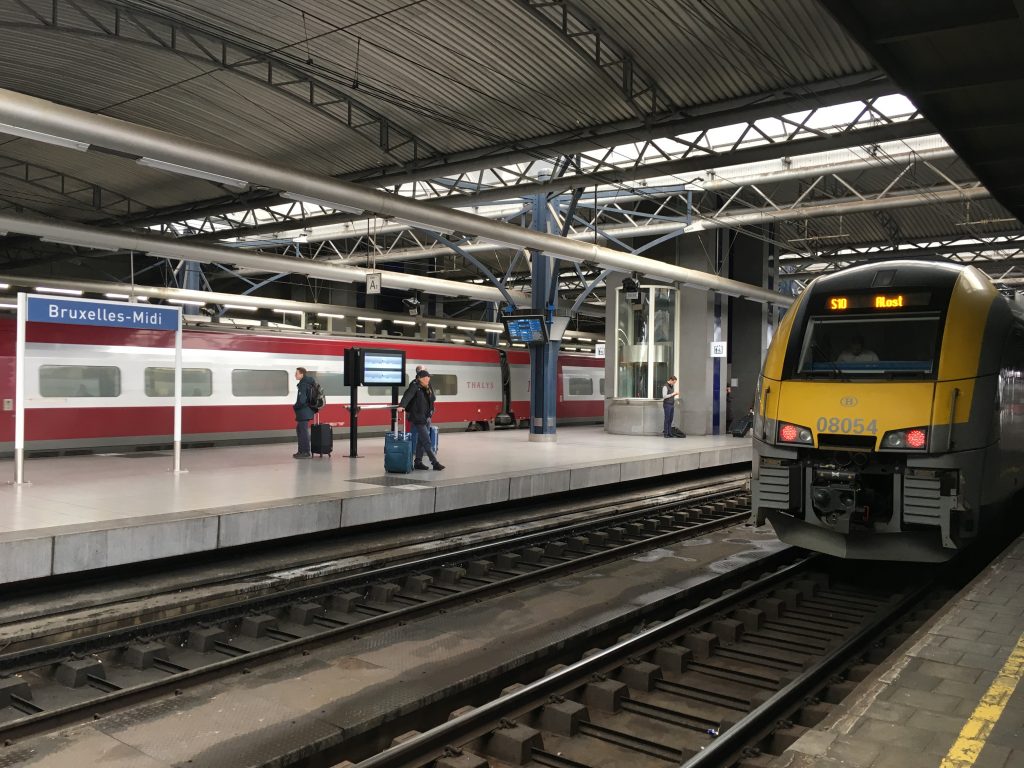 Do you need to pre-book a ticket?

I opted for coach but you can upgrade to more expensive seats although I didn’t really see the difference. A slightly nicer seat perhaps? I didn’t see anything wrong with coach and the train trip wasn’t very long so didn’t see the point in paying extra.

I bought my own snacks onto the train and no one had an issue with people eating on the train.

The train departed from Amsterdam Central Station. I chose a morning departure (7:49am) but there were multiple times per day that you could travel. 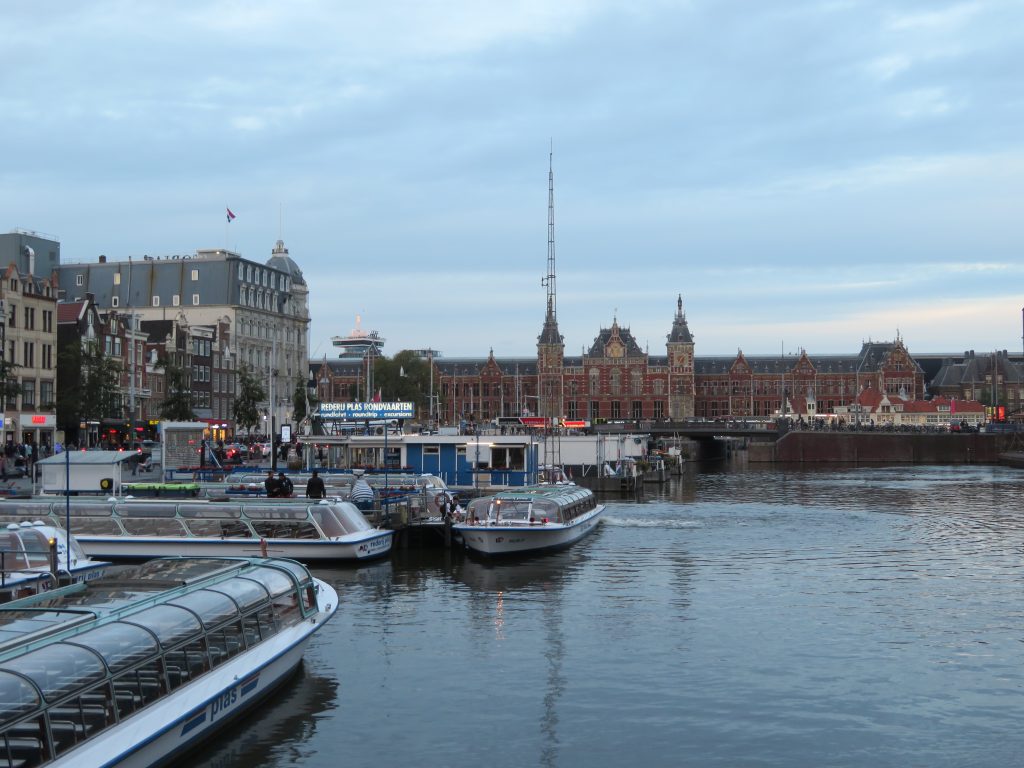 The train was on time departing Amsterdam Central. The train waited about 10 to 15 minutes for people to board before leaving for Brussels.

The train was about 10 minutes late getting to Brussels Midi Station. The scheduled arrival time was 9:38am so not a big deal to me that it was a few minutes late.

No one checked our passports and I was surprised there was no airport style security screening. I thought maybe because both countries are part of the Schengen, but then I took the Eurostar from London to Paris when they were both part of the Schengen. On that route you needed to be there 1.5 hours before departure for airport style screening of yourself and your bags. When I did a London – Paris route we had to lift checked size bags (i.e. about 20kg) onto a conveyerbelt / counter like airports use for your carry on luggage. A very stupid, impractical and bad for your back system that I was glad was not the case on this Eurostar route!

The seats were comfortable. There was either a 2 seat or a 4 seater with a table in between. There were powerpoints on the floor / bottom of the seat – just make sure you’ve got your power adaptor with you.

There are bathrooms on the train which were clean. 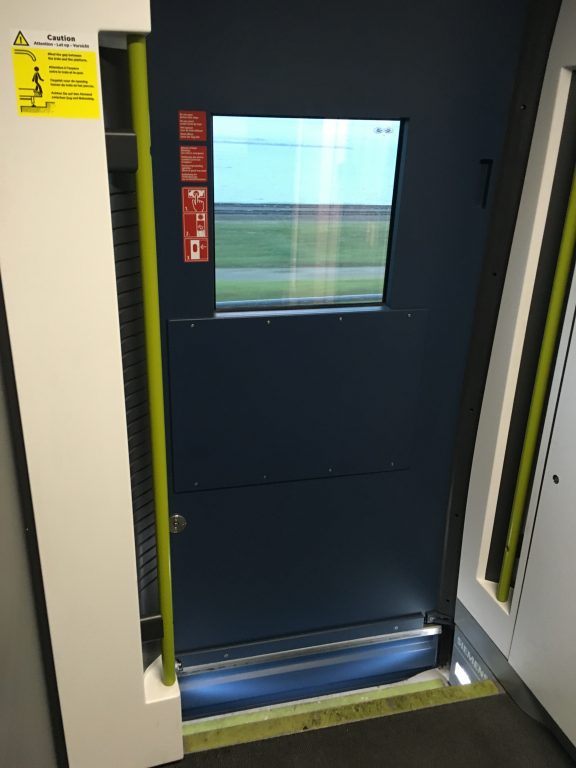 When you buy your ticket you must choose seats – it’s all pre-allocated seating. When you book online there’s a diagram showing the train carriages where you can choose your seats. I don’t think it matters if you’re in a front, middle or end carriage, it’s all the same view out the window. If you have a lot of luggage I’d choose an end carriages as they’re likely to be closer to the lifts. Your ticket will tell you what coach you’re seated in. Amsterdam Central had signs telling you what coach number was in what location on the platform. Make sure you’re standing there ready to board when the train arrives because there’s limited luggage storage and you don’t want to be lifting 20kg + bags up high. 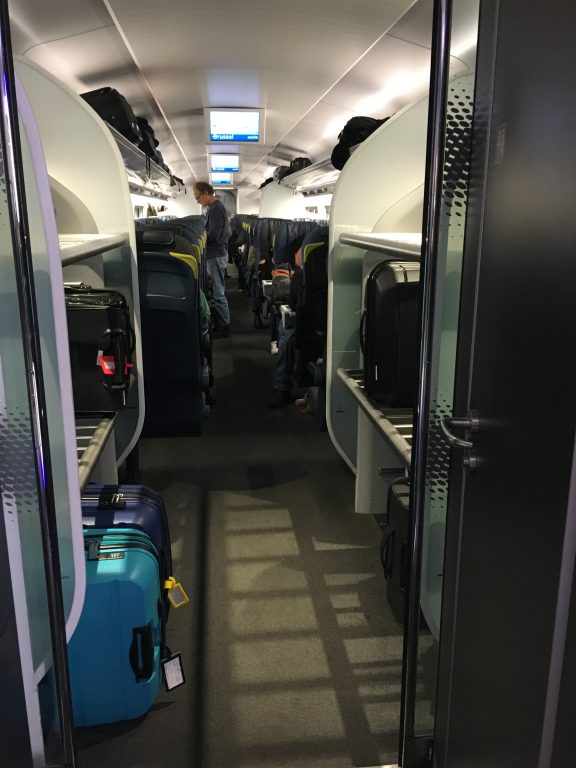 There was some overhead space for carry on size bags (just like a plane) and separate area for your big bags. I’m paranoid about people stealing my stuff while on trains because your big bags are right near the door where someone could easily grab them and run, or take stuff out without you even noticing while the train’s moving. It’s one of the reasons I purchased a hardcover suitcase, you have to open the whole thing / both sides (and have the space to do so), to grab anything out of it. Plus it has a bag lock too.

The seats between people are high so you don’t see other people while on the train. There’s a screen telling you how long to your destination. About 10 minutes before I got up and went to guard the suitcases to make sure no one touched them. No one seemed to be making any attempt to, but you never know… 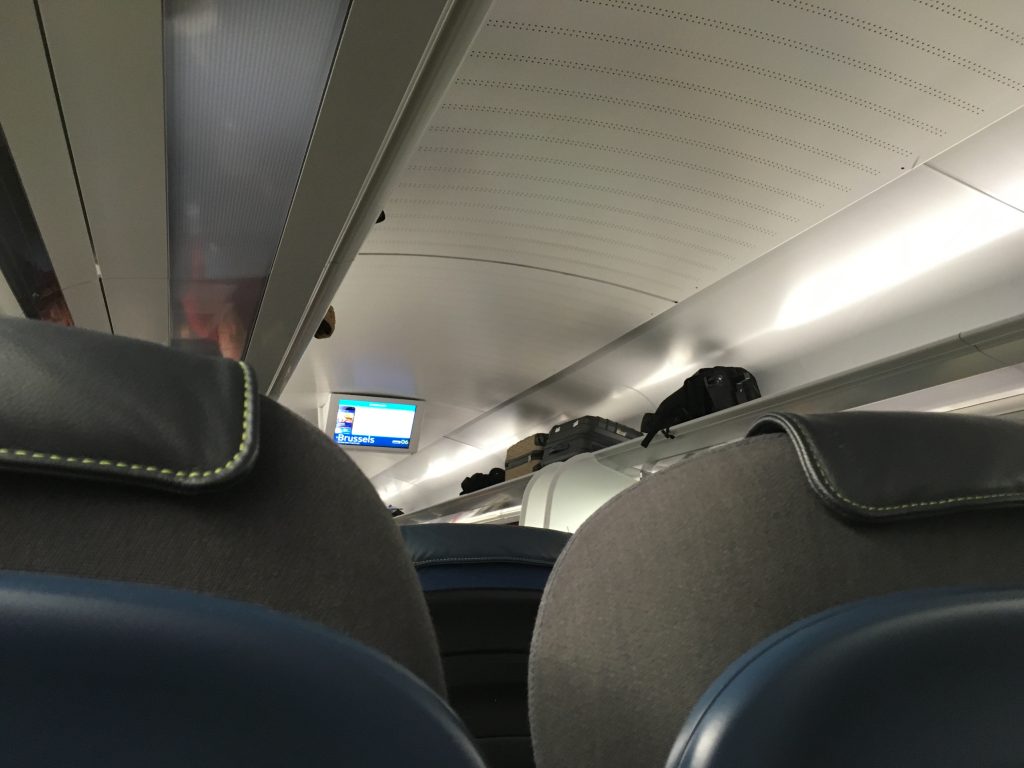 The train stopped at Antwerp Central Station on the way, but none of the suburban train stations.

Would I take the Eurostar again?

Yes! If there’s an option to take the train I almost always take it. Getting a flight wastes so much time getting to the airport and security takes longer as there’s so many more people. There’s scenery when you look out the train window which isn’t always the case on a plane if it’s cloudy. The cost of a train ticket is cheap and I like that the train takes you right to Central Station. You don’t need to figure out how to get from the airport to the centre of the city. On a train you can get up and walk around, no one weighed the luggage and there’s more bathrooms on trains too.