Plum Paper have bought out some different weekly spreads over the past few years – one of which is the vertical priorities layout. I tend to avoid using vertical planners (the columns are too narrow) but this layout combines Saturday and Sunday into 1 column so the columns are wider.

I did a review of this planner in this post. 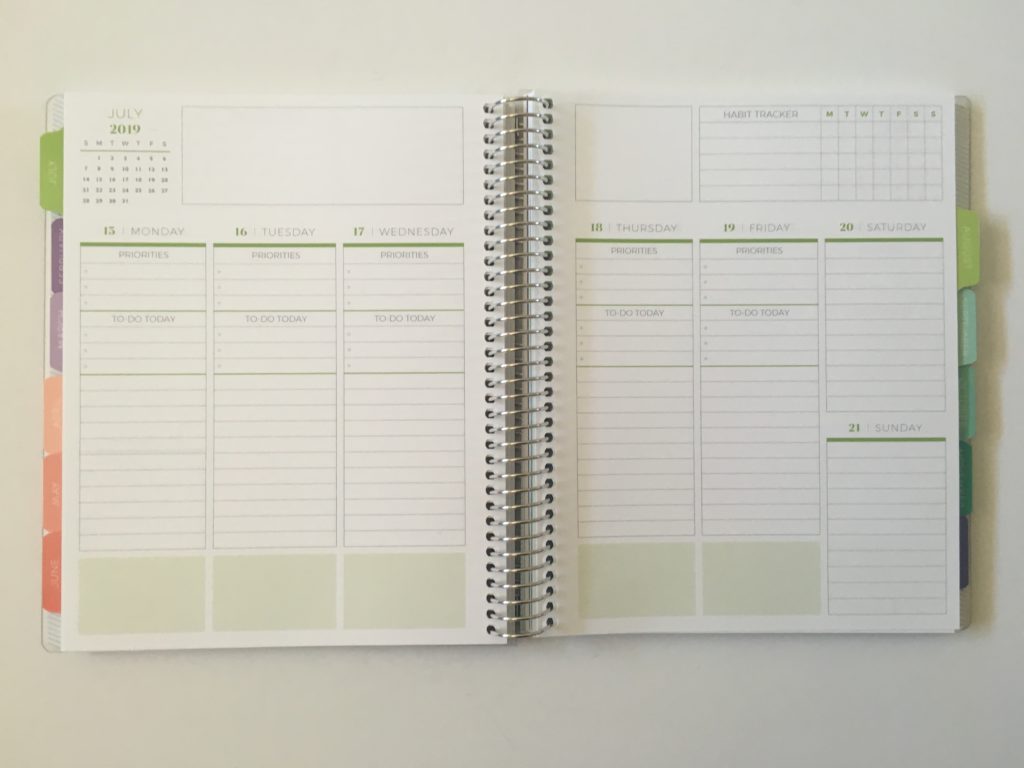 I wasn’t sure if I should use different colors for each section and do a rainbow spread. But since I’ve done that so many times over now and thought it wouldn’t look as good with the green already on the design, I decided to just keep it very simple and only use a black pen and green highlighter. One of the simplest spreads I’ve done in a long time! 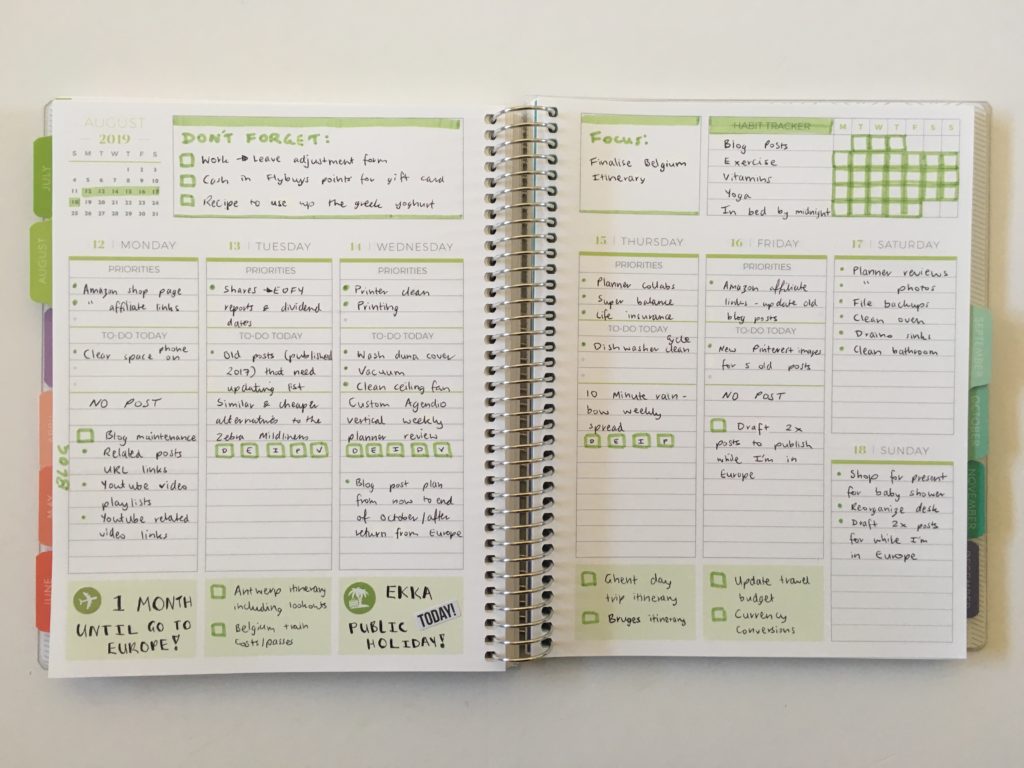 Links to posts published this week: 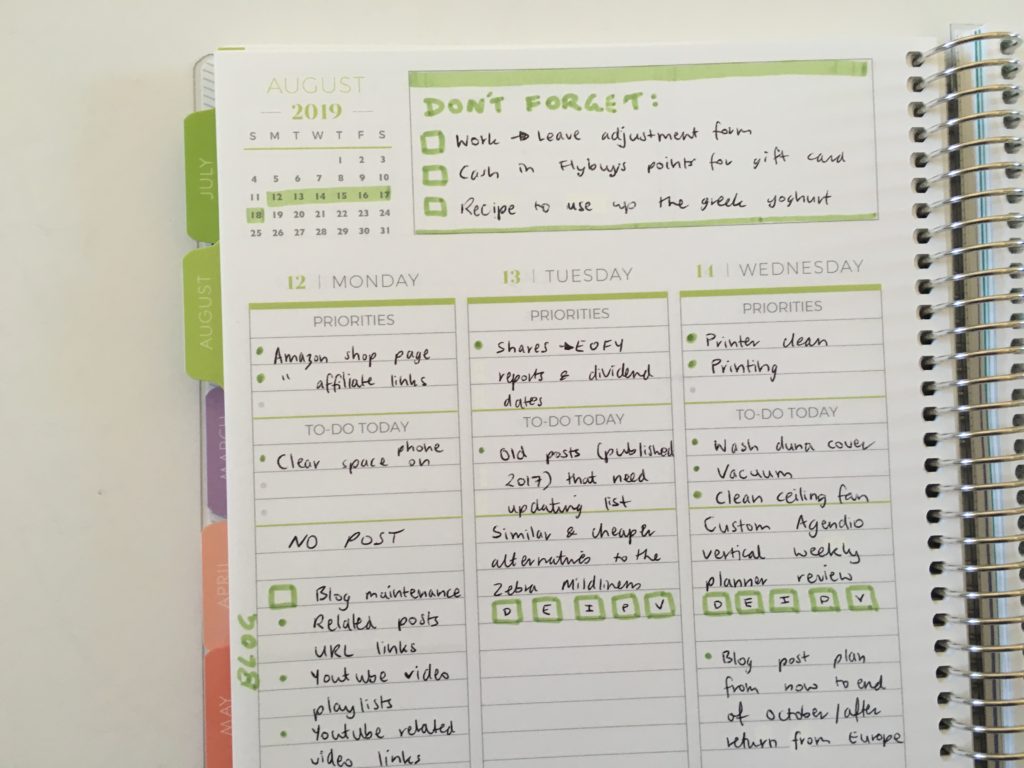 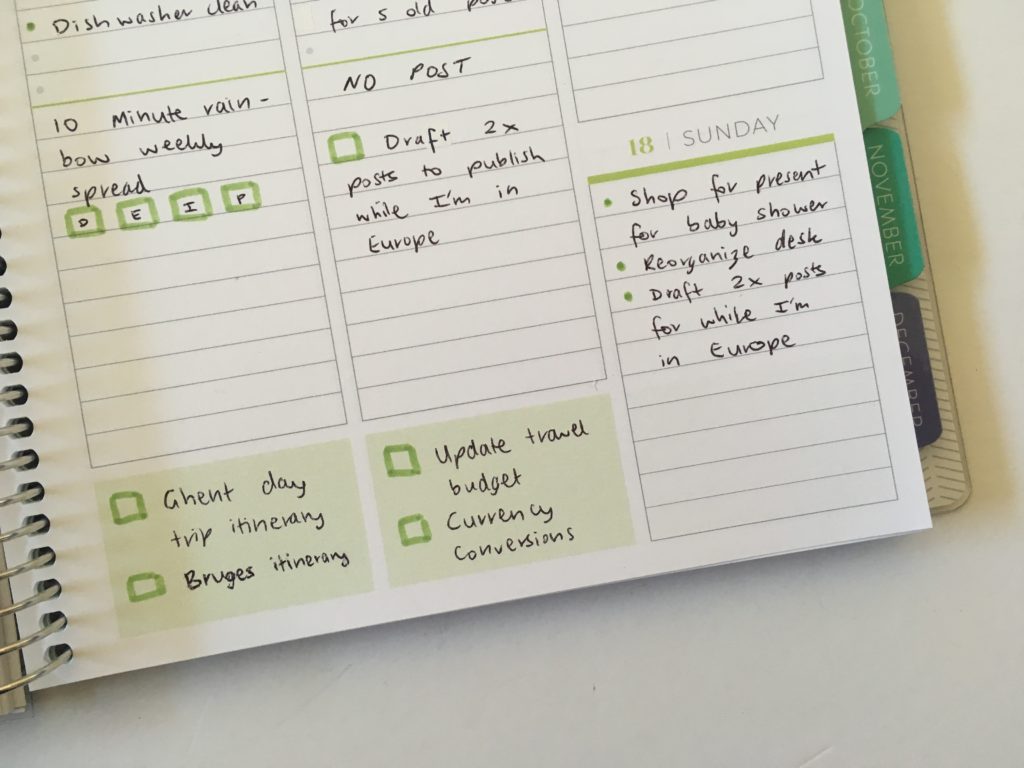 I used the Papermate Inkjoy ballpoint pen. When a pen is really easy to write with plus smooth paper my writing gets quite messy. Definitely write neater when I use fine tip pens – if only they worked better with whiteout. 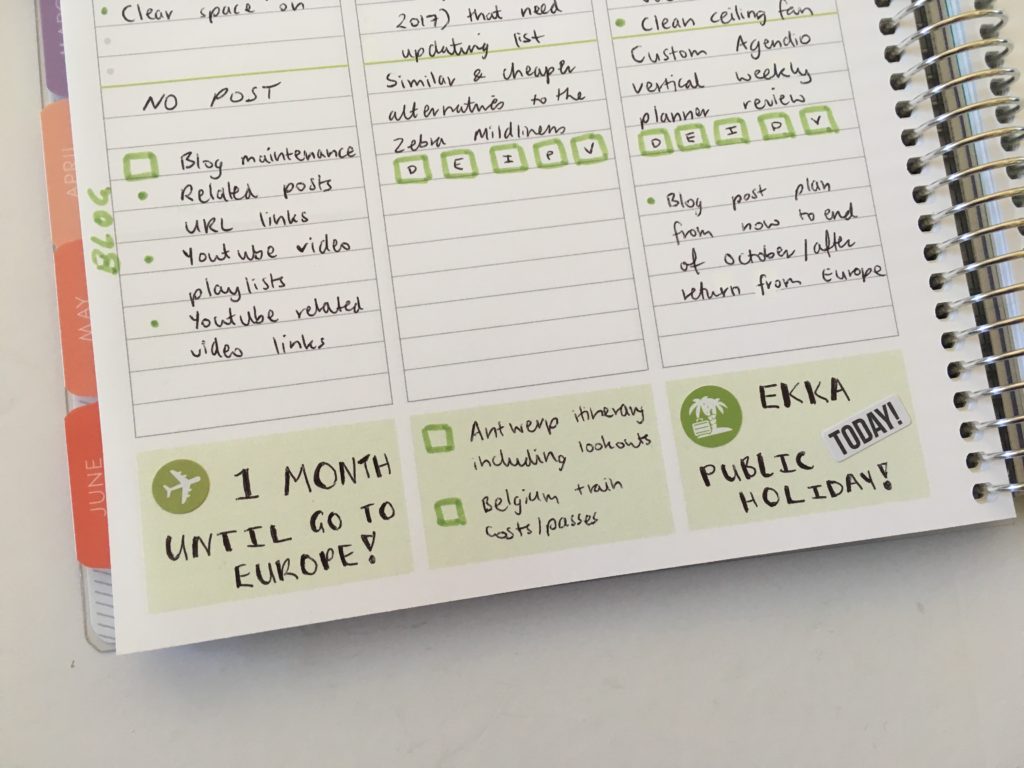 I actually use a monthly habit tracker not weekly… but since this planner has a weekly habit tracker I used it.  The green outlines around the boxes are the days I plan / scheduled to do those things. 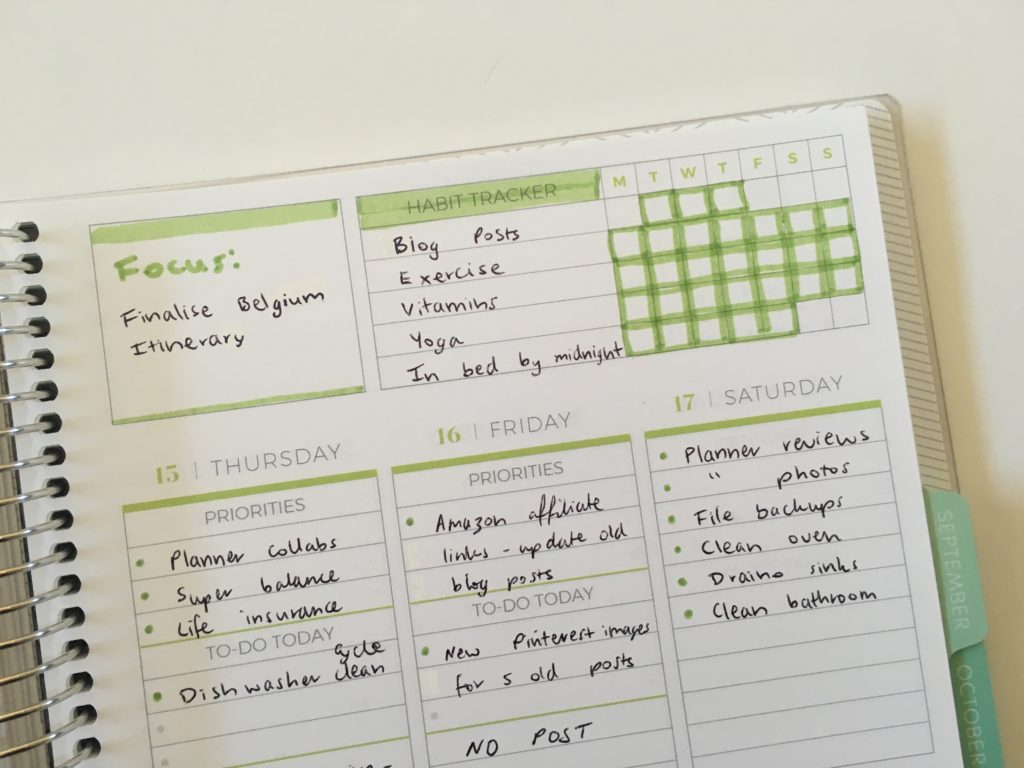 I continued the theme of the thick and thin green border. I used a green highlighter from the Zebra Mildliner cool pack – it actually ended up being a really close match! 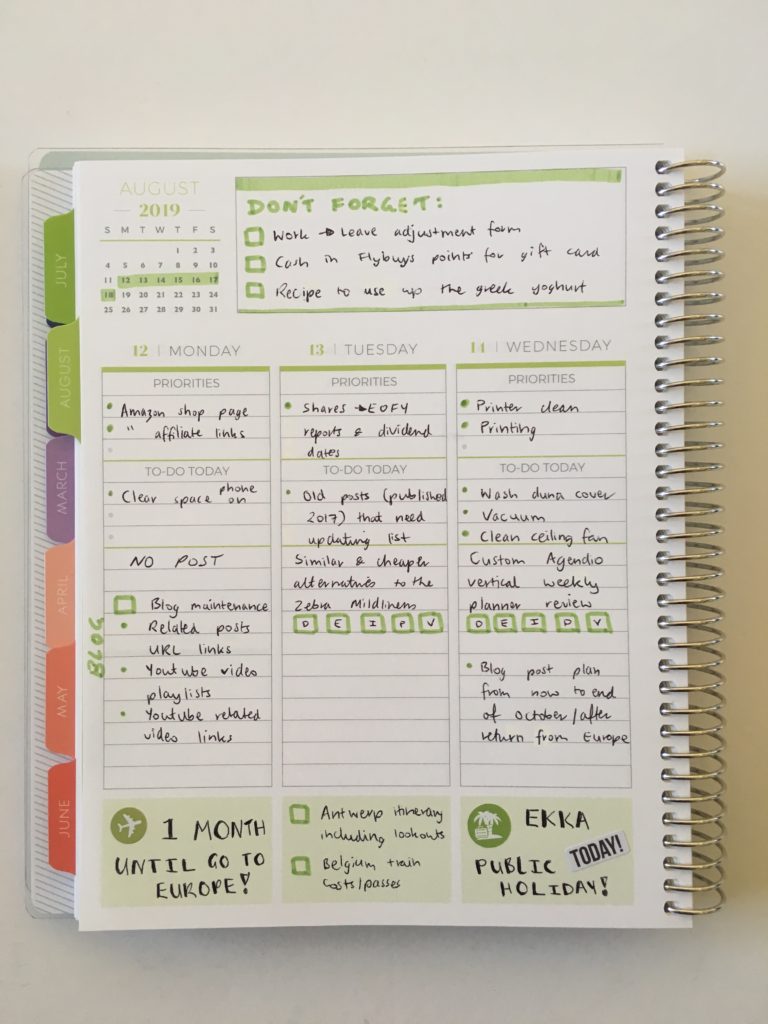 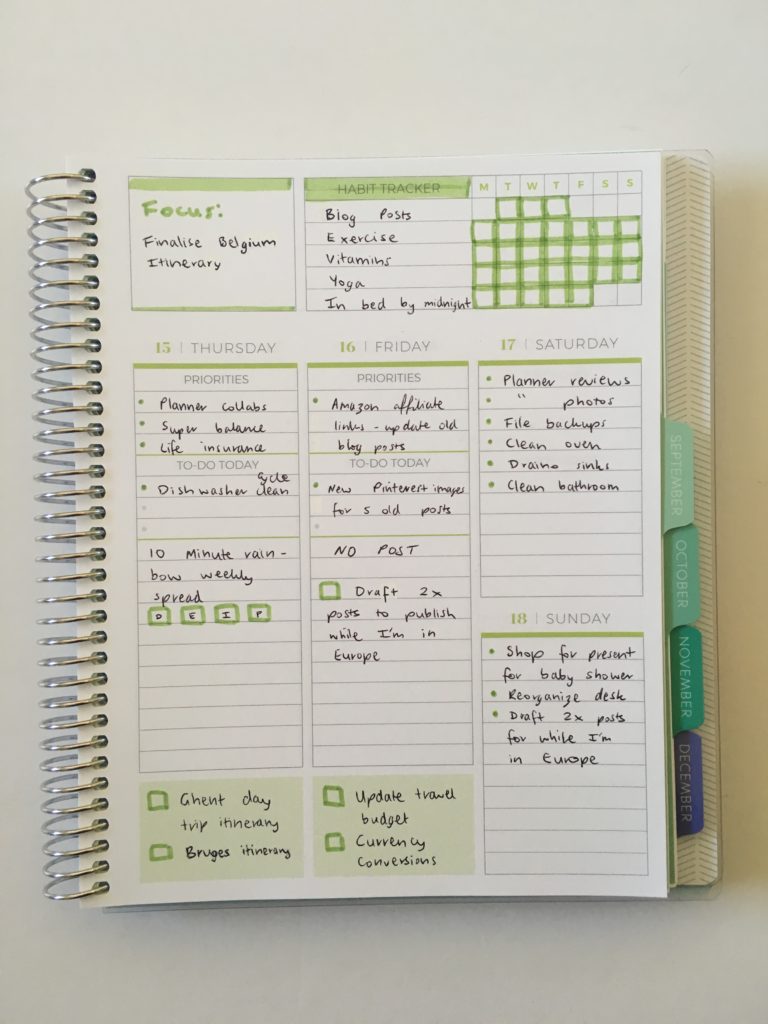 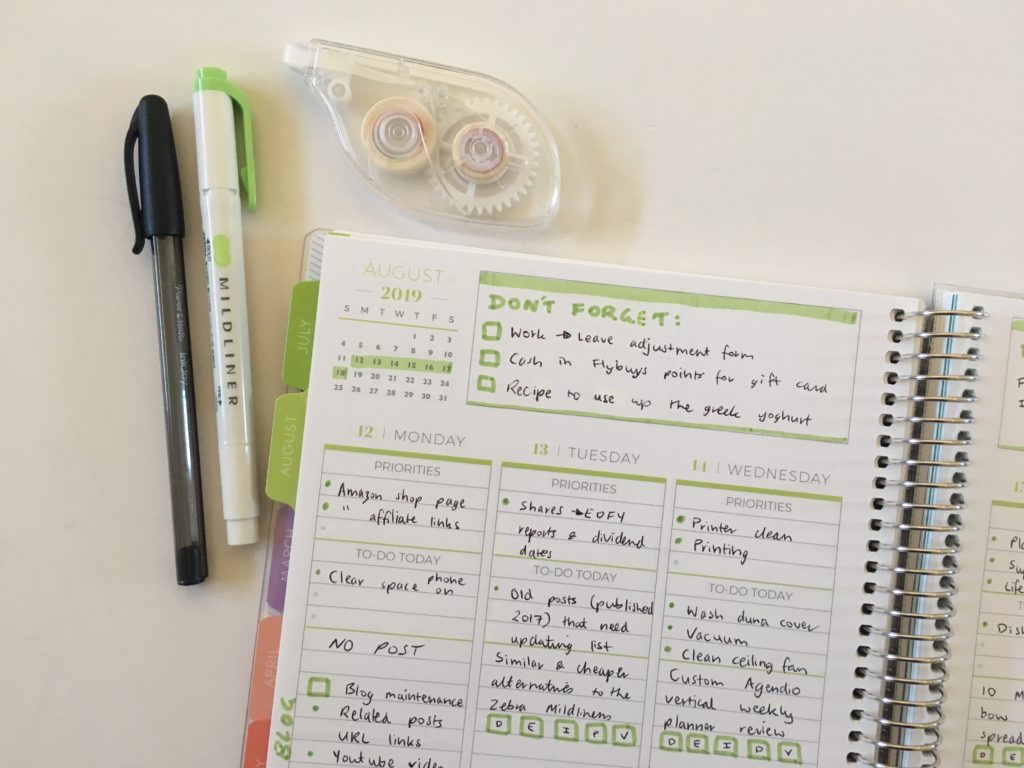 Would I use this planner again?

Maybe. This spread has a lot of sections so I think it would work better for a student or if you want to keep work and personal in the same planner.

The columns of vertical planners are too narrow – even this one that combined Saturday & Sunday in the same column. I used multiple lines for some tasks which quickly fills up the page. Most of this week was covered before it even started which doesn’t leave much room for things that pop up throughout the week. 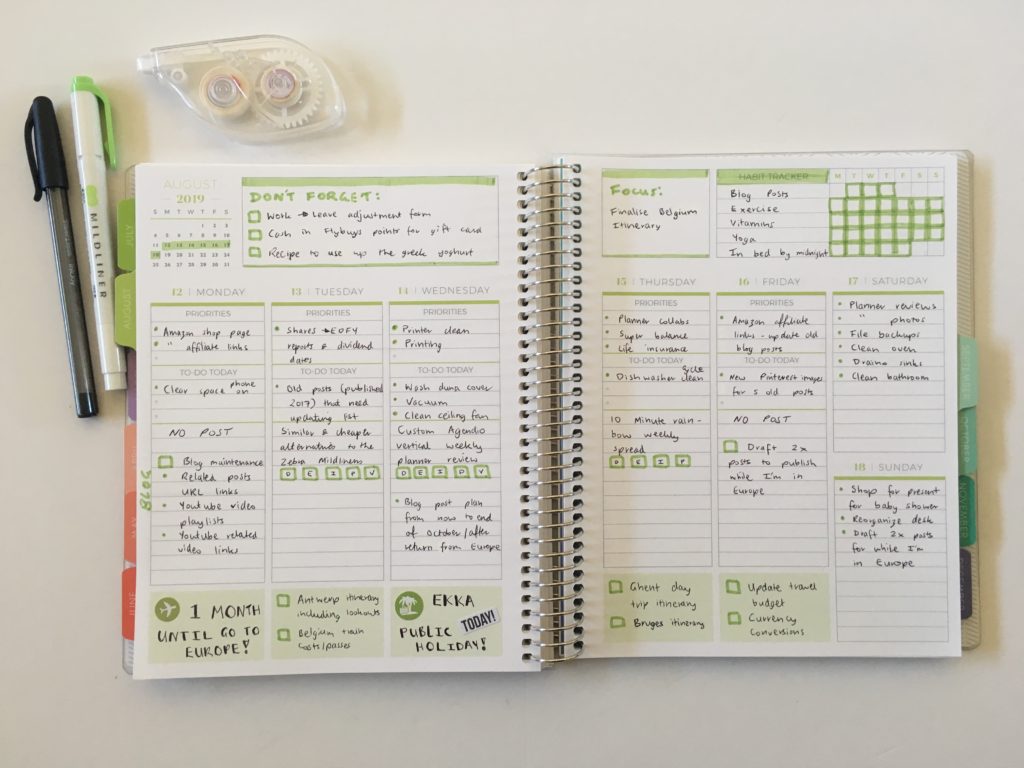