I wasn’t too keen on using the Kikki K grid journal since it has a cross grid instead of dot grid but I didn’t want it to just sit on the shelf. So let’s see if I was converted to cross grid!

I did this spread using one of the templates / stencils that come with the book. I probably wouldn’t use again as there ends up being more space up the top and the bottom of the days of the week which couldn’t been spread to give extra writing space for each day.

The templates don’t really save time  – you may as well just count it out and draw it up yourself so you get exactly what you want. 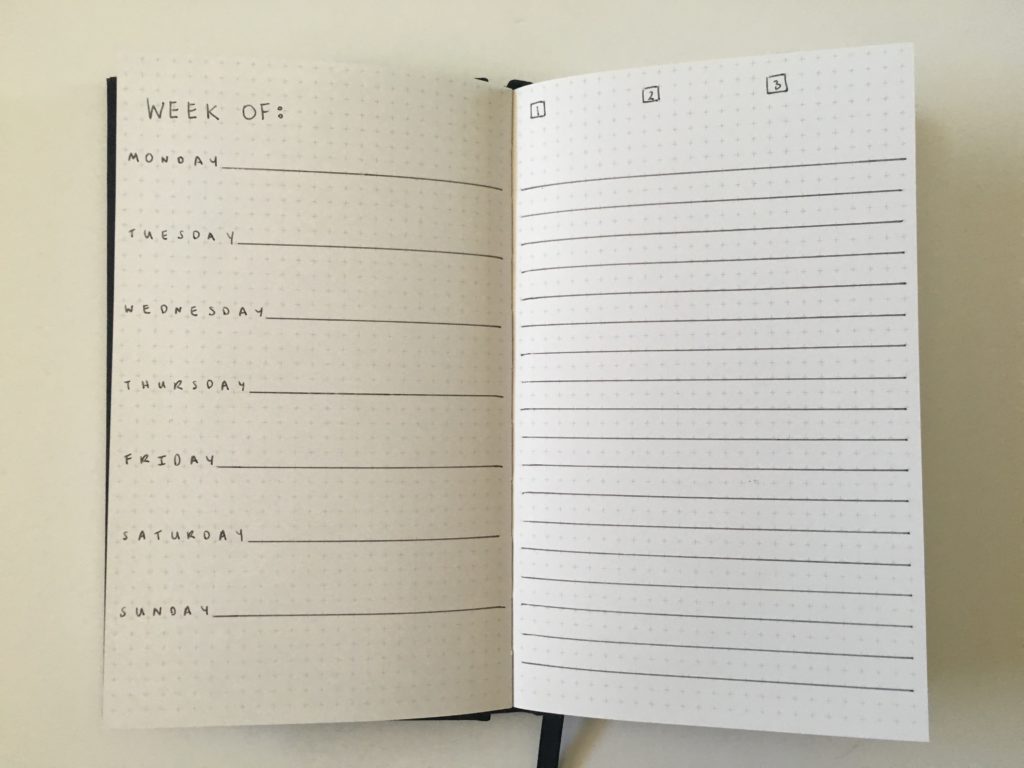 After the Pen – Minimalist

Minimalist is ok but it’s just a bit… boring. 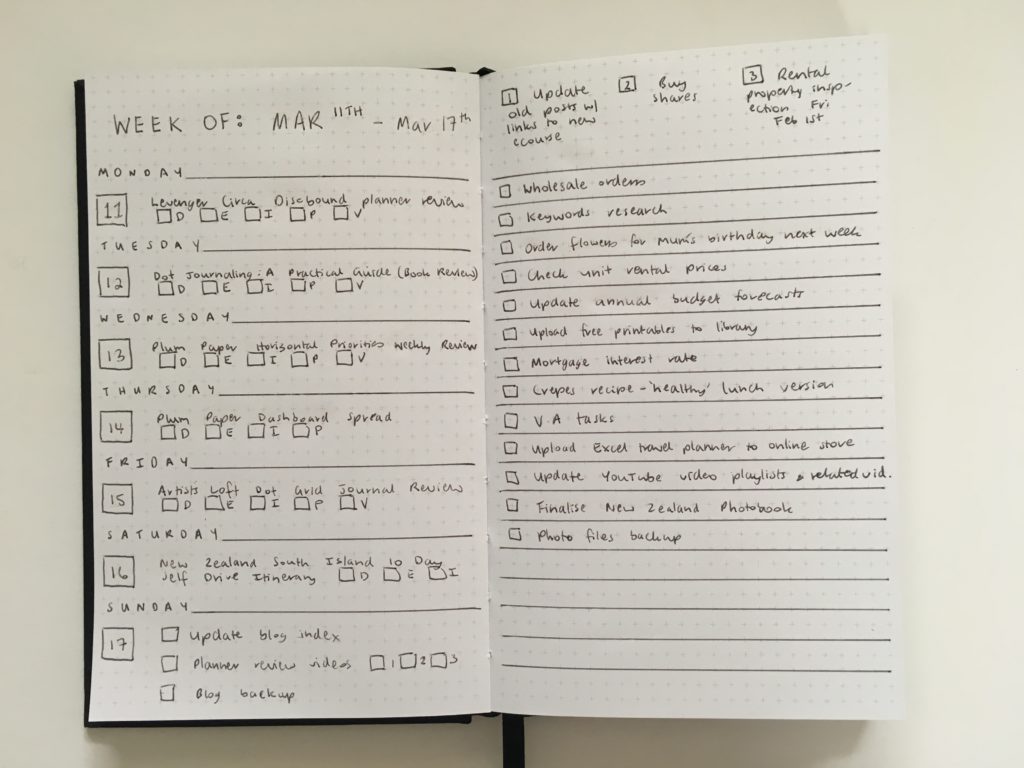 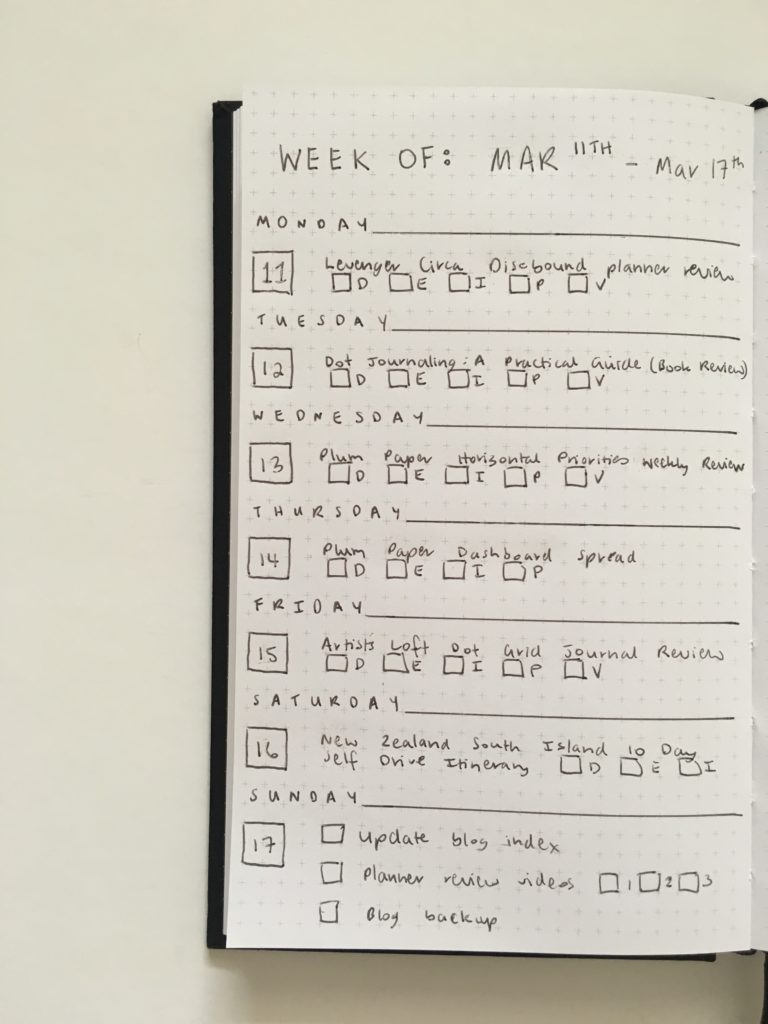 You could use the MAMBI checklist stamp, but I opted to just hand-draw the boxes this week 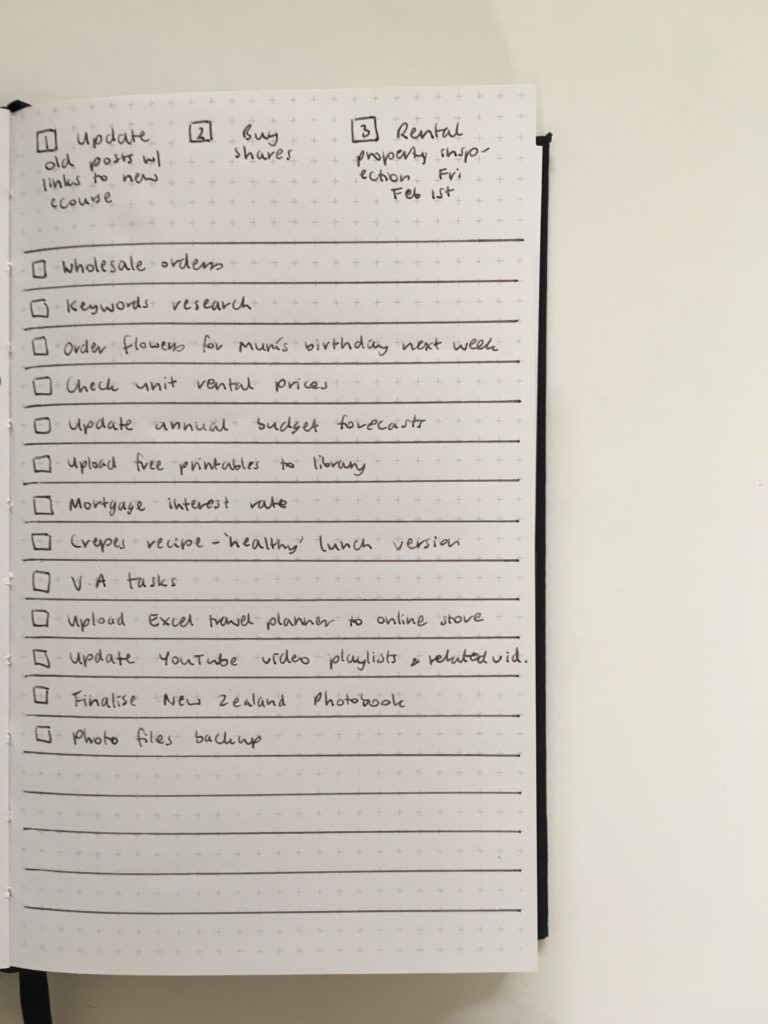 After the Pen – Colorful

So since I’d already used black pen and wasn’t going to erase it all just to write in colored pen, I grabbed some highlighters to quickly added some color.

Can you guess which highlighter was a different brand? 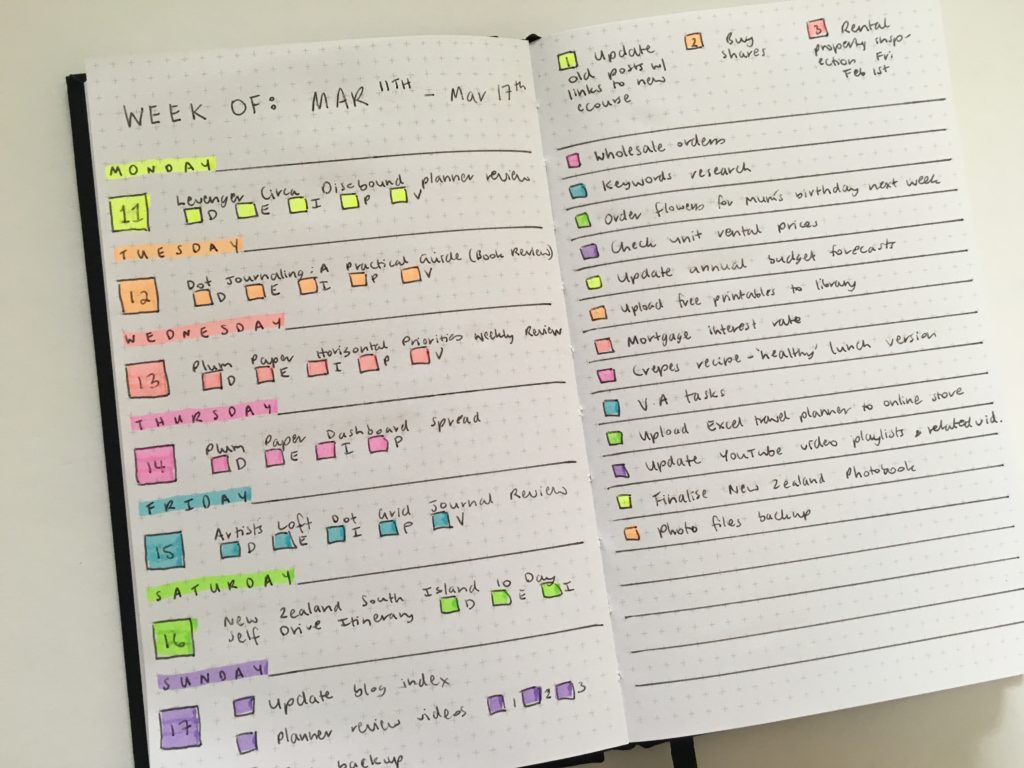 The purple one was a cheap J Burrows (Officeworks brand) in purple that came from a pack that was half the cost of the Faber Castell’s that I used for the other colors.

I’ve bought expensive and cheap highlighters and I really don’t think there’s that much difference. The cheaper ones tend to dry out faster but the colors are usually much the same. 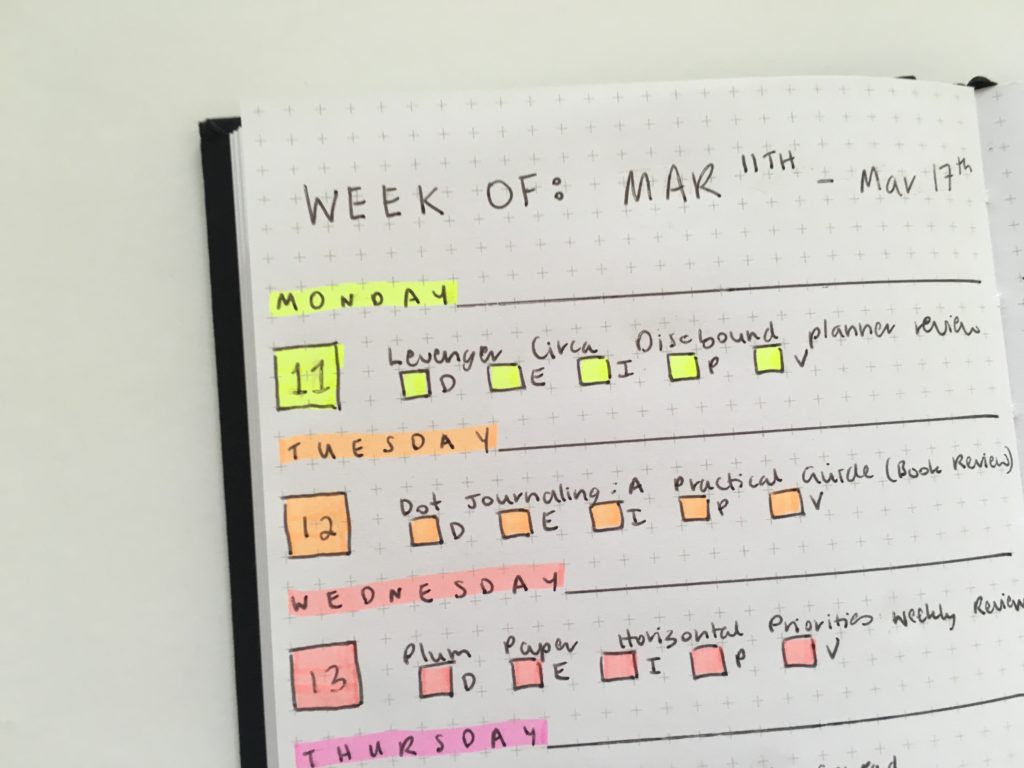 Much prefer using 2 lines – 1 was far too bunched up 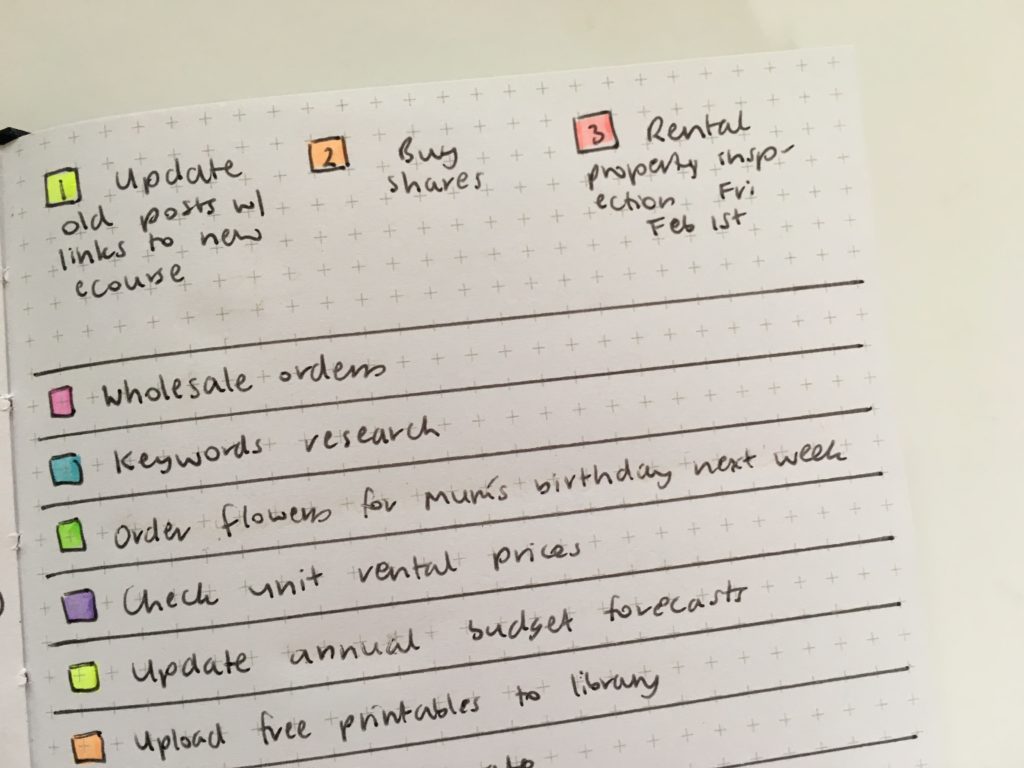 Related: Highlighters vs. Highlighter Pencils: Are they worth the cost? 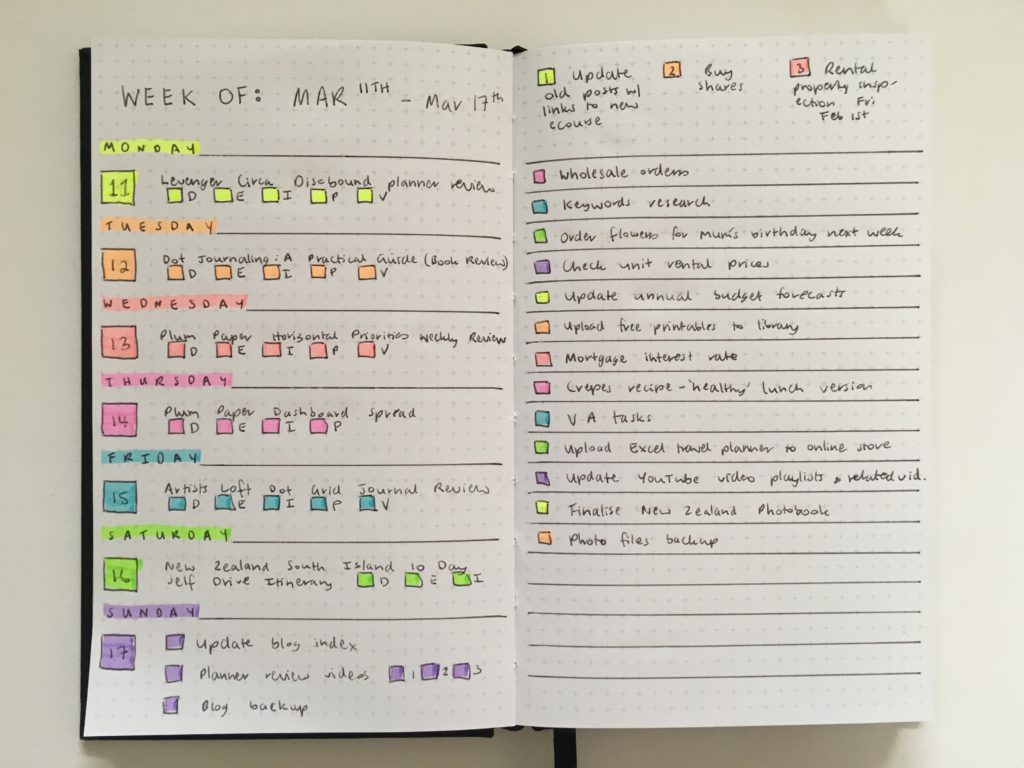 After the Pen – Extra Colorful

So the minimalist highlighting was ok… but I couldn’t resist going full color! 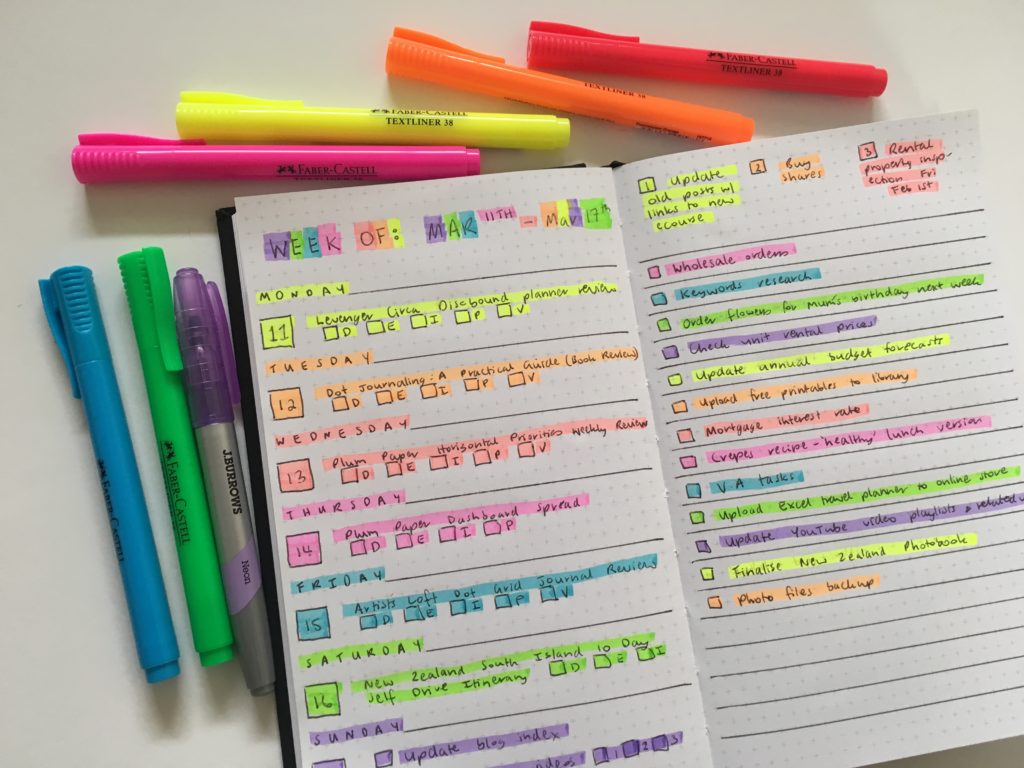 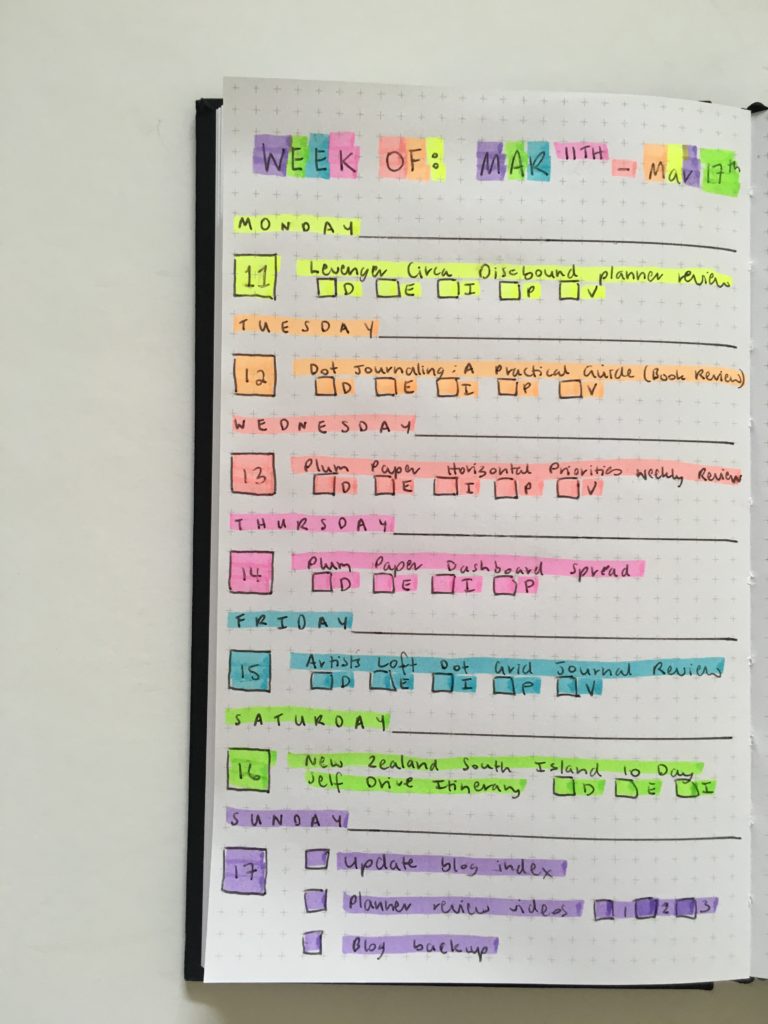 Highlighters don’t work as great over the Frixon pens as a standard ballpoint, especially if you’ve rubbed out the Frixion pens a few times. Slight smearing but not so bad that I’d avoid using Frixion pens or highlighters just because of it. 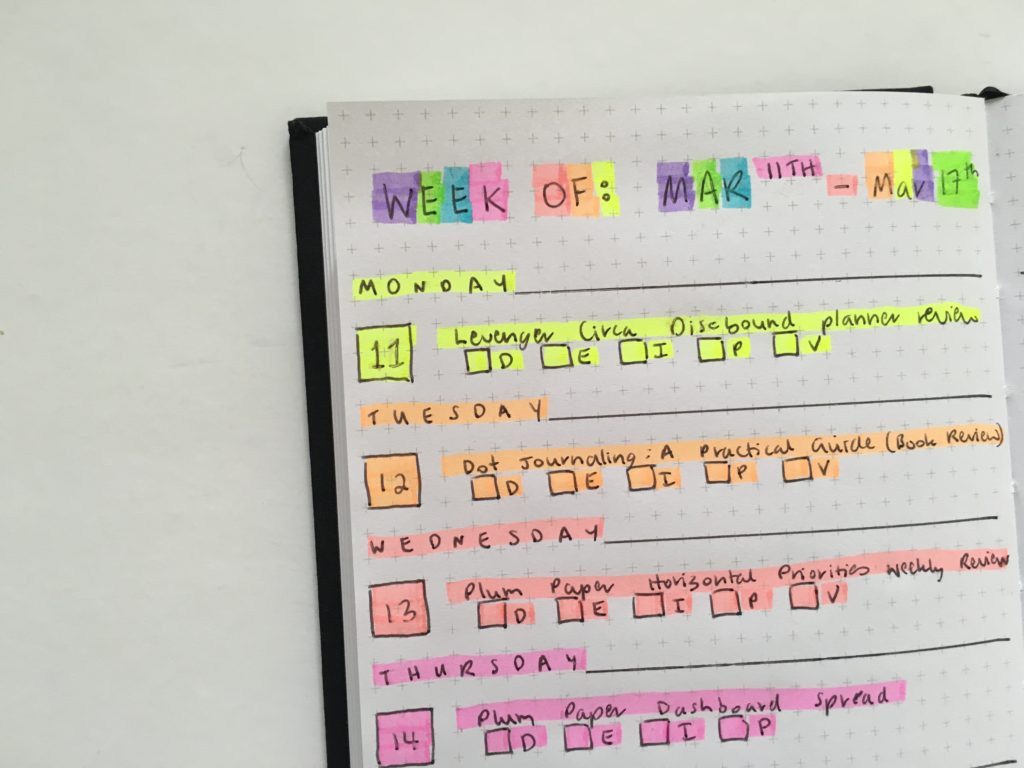 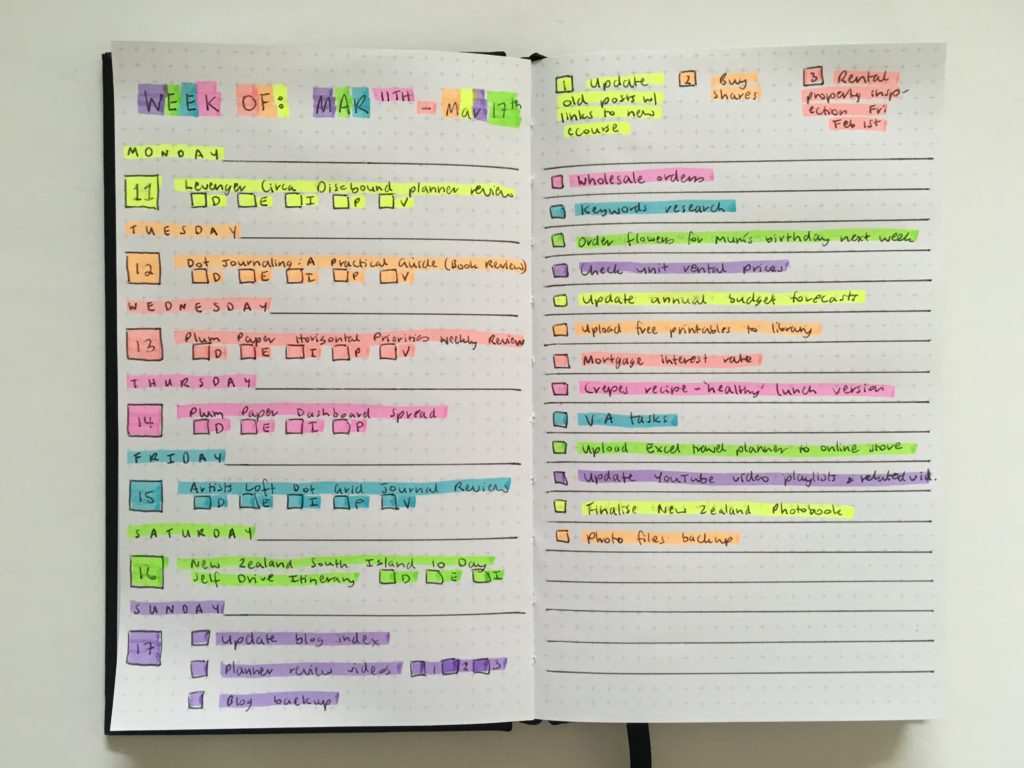 Would I use this notebook again?

I didn’t mind the crosses but would I choose it over dot grid? No. The pages are bright white and the pages lay flat which is great, I just wish the paper was thicker to stop so much ghosting.