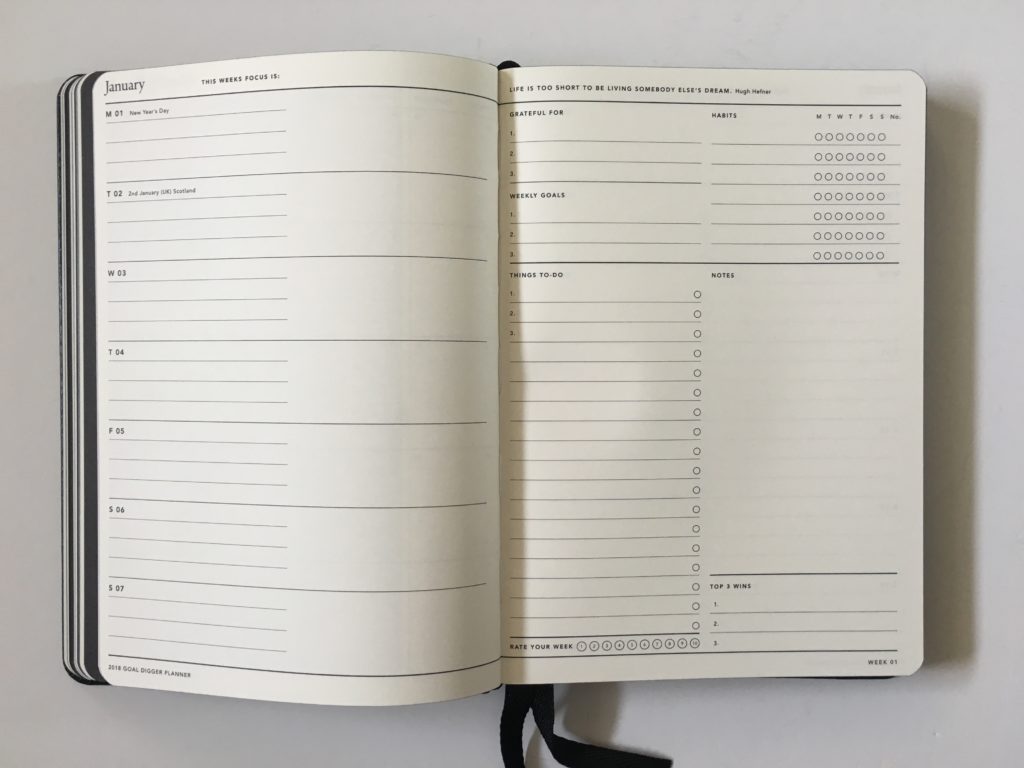 The idea for this spread came from the 4 distinct columns in the the Mi Goals planner. So I chose 4 colors I don’t tend to use together very often: pink, purple, blue and teal. 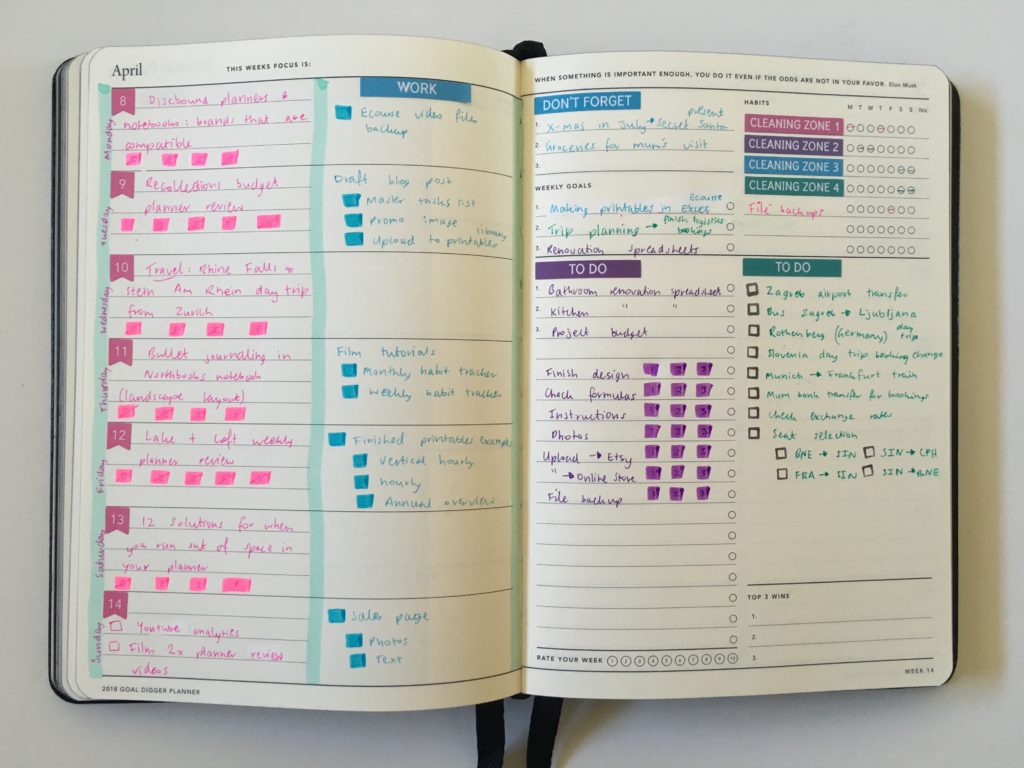 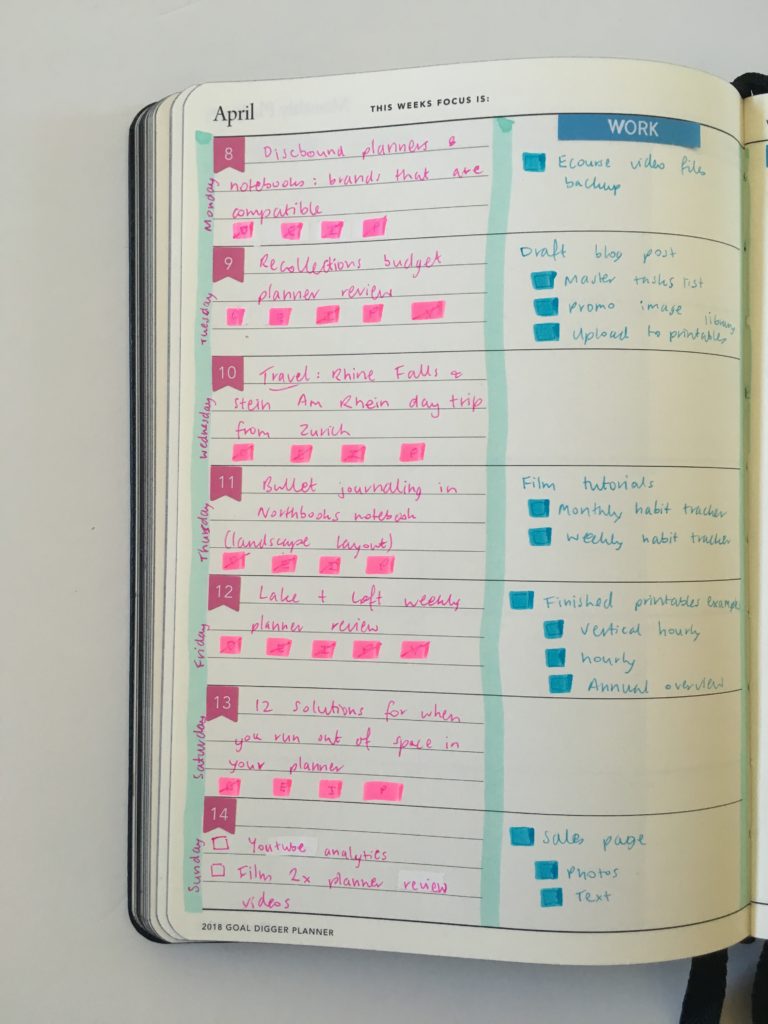 I originally used pen to draw the outline of the boxes but there was too much pen, not enough color so I converted the boxes into highlighter ‘boxes’ instead.

I considered adding some washi tape but since I don’t use highlighters often enough, I used those instead.

I didn’t realise until after I took these photos that I forgot to cover up April with a July sticker – oops! 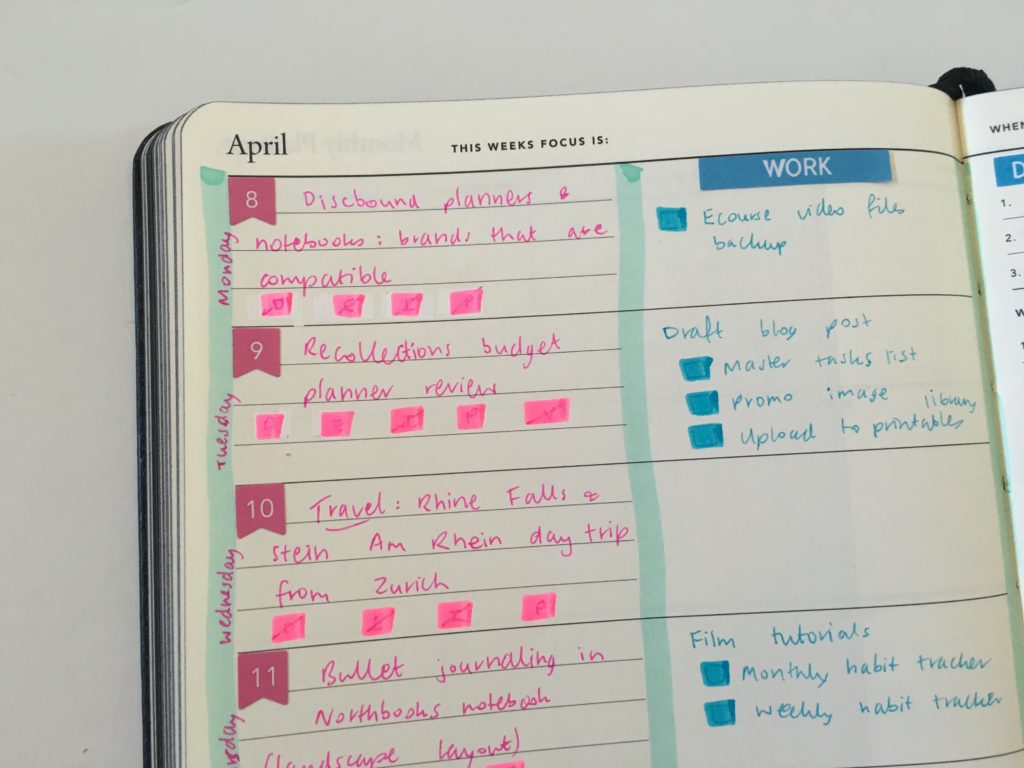 I did my usual blog post workflow coding letters (D = Draft, E = Edit, P = Pinterest, V = Video, I = Images). As I suspected, the MUJI pen ended up being hard to see over the highlighter – I’d use black or a dark grey pen next time.

The MAMBI checklist stamp is a quicker way of adding checkboxes if you don’t want to do so by hand or using highlighter. 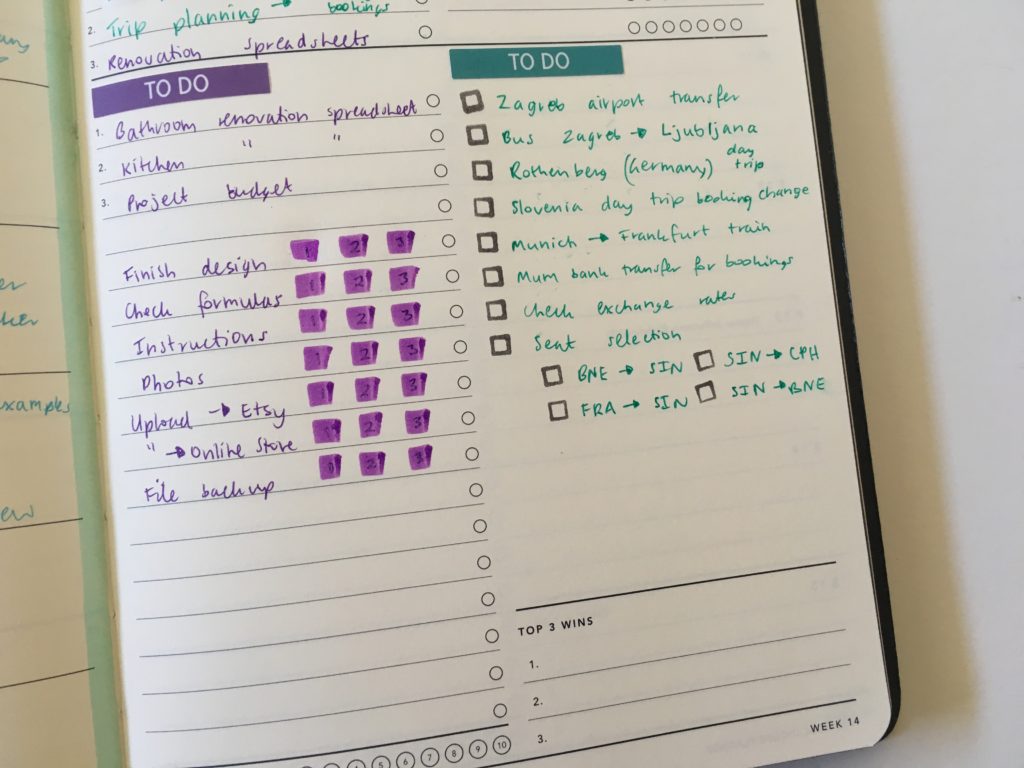 Since my Mum was visiting the following week it was time to do a lot of cleaning. The cleaning zones for my apartment are: kitchen, my bathroom, my bedroom and my half of the living area /entry. Instead of writing out all of the tasks in the cleaning zones – I referred to this printable I made years ago and ticked off things as I went.

The lines through some of the circles are the days I planned to do it. Once done, I colored in the circle. 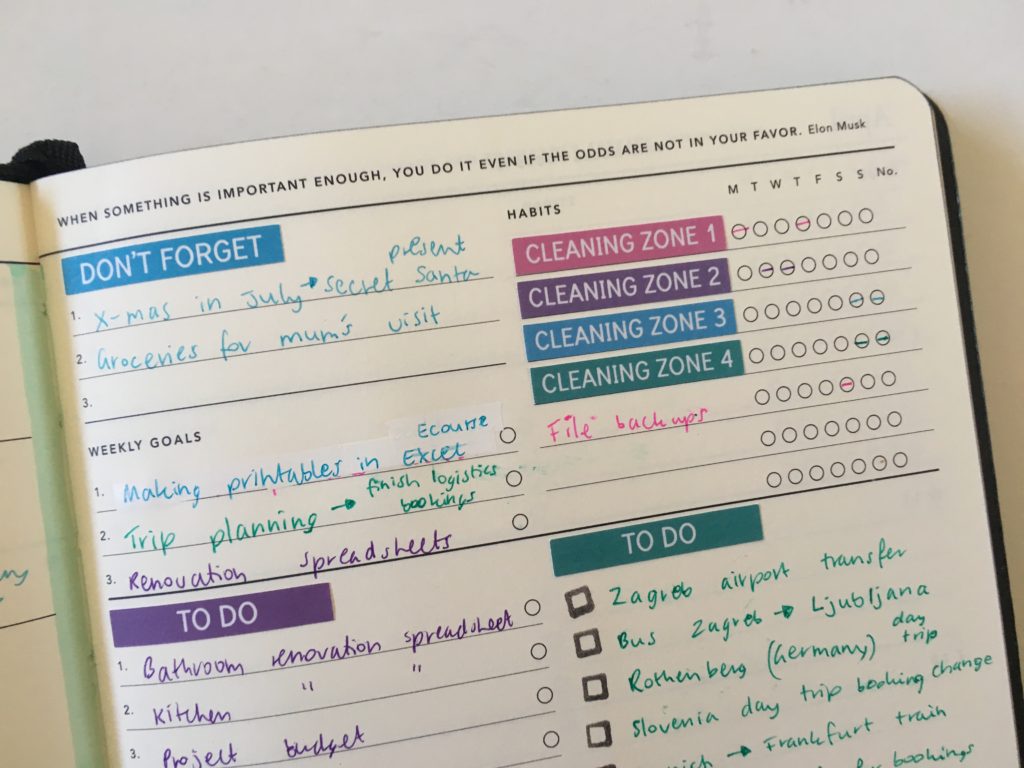 The paper quality of the Mi Goals planner isn’t too bad – there was some ghosting for the darker highlighters and the MAMBI stamps (which always have ghosting). 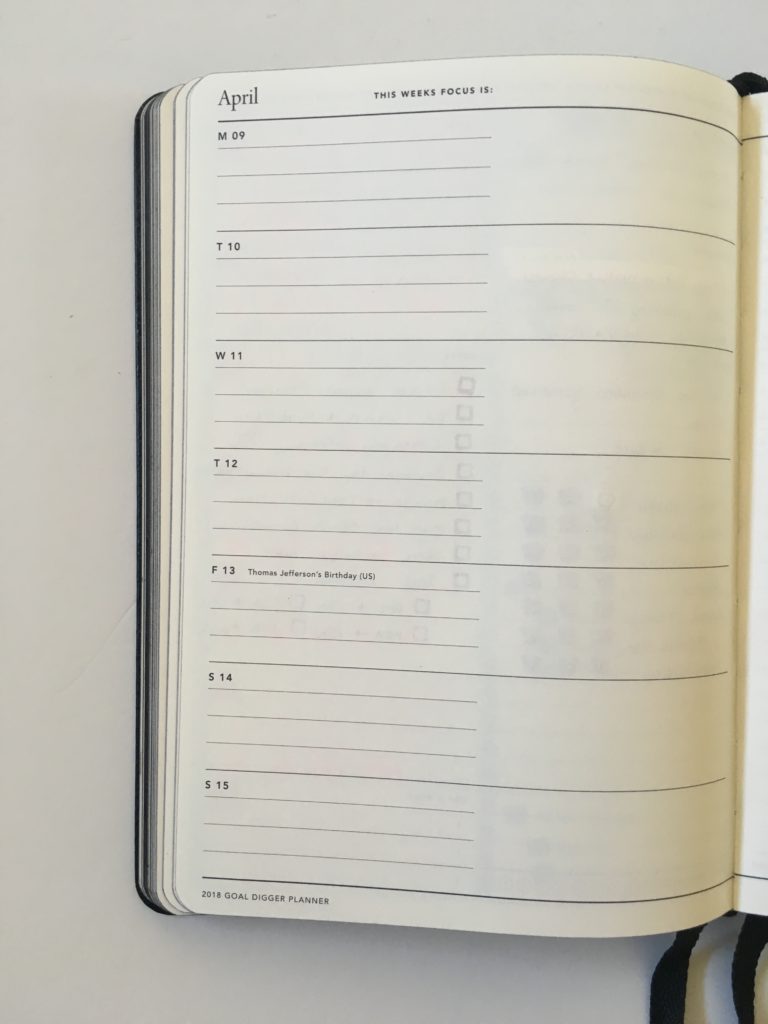 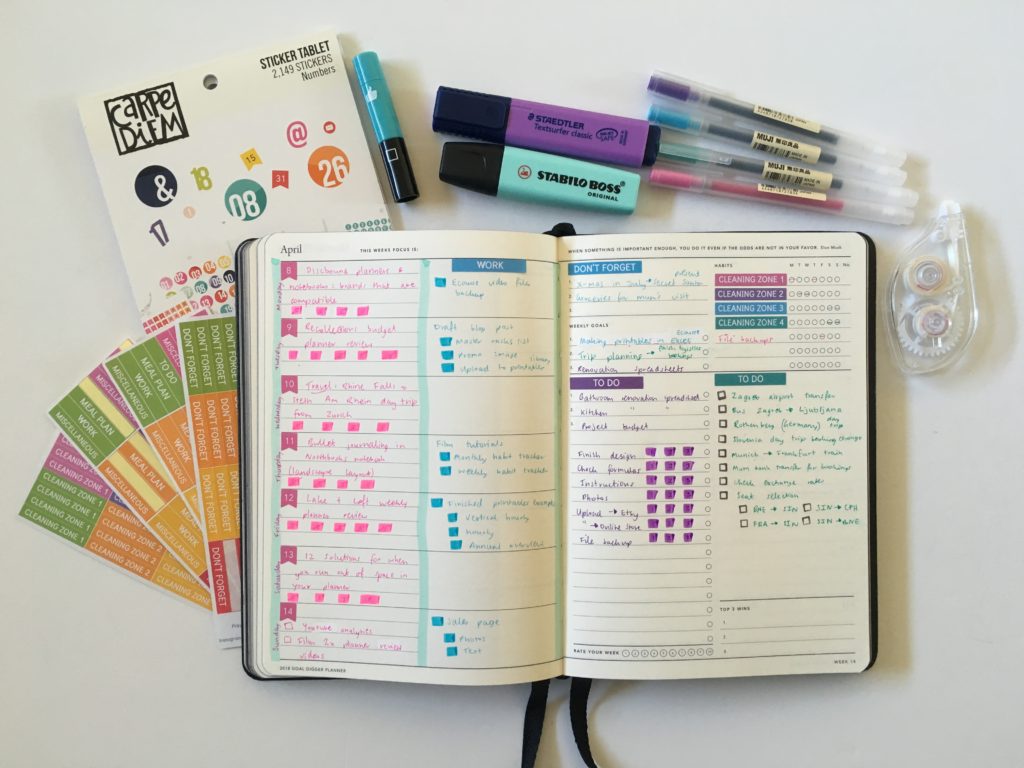 Definitely! The Mi Goals planner is one that I keep coming back to (and one of the few planners I buy every year). The layout is so functional and there’s heaps of list space.